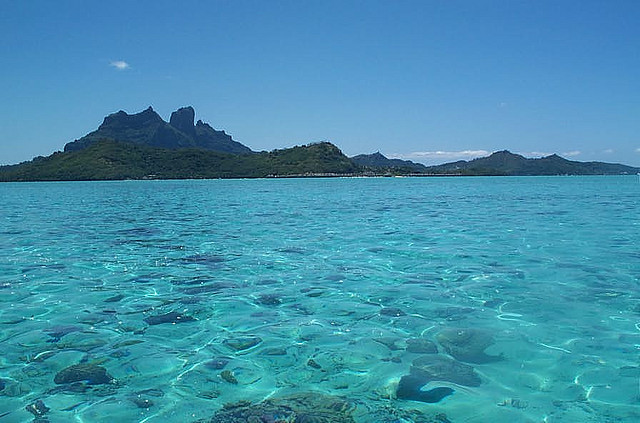 Tahiti and Her Islands: Which French Polynesian Paradise is for You?

By Frommer's Staff
Many people who have never visited French Polynesia are surprised to learn that the name Tahiti technically only applies to a single island in a country that actually comprises some 118 islands in five archipelagos. All of them have barrier coral reefs and blue lagoons worthy of postcards, but they also have personalities and pursuits of their own.

French Polynesia sprawls over an area of 5.2 million sq. km (2 million sq. miles) in the eastern South Pacific. That's about the size of Europe, excluding the former Soviet Union countries, or about two-thirds the size of the continental United States. The main islands, however, consist of only 3,885 sq. km (1,500 sq. miles), an area smaller than the smallest American state of Rhode Island. Only about 260,000 souls inhabit these small specks.

So which island or islands should you pick for your vacation? That depends what you're looking for. 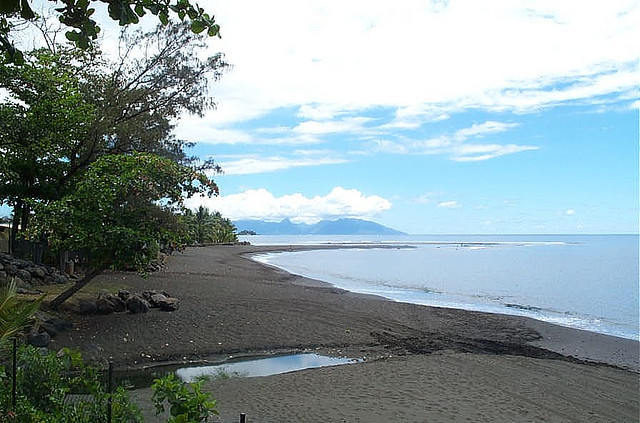 Alquiler de Coches/Flickr
Tahiti
Everyone comes to Tahiti at least once because it's where the international flights land; Tahiti is the most developed island in French Polynesia. Don't be surprised when you take the freeway from the airport into the noisy, bustling capital of Papeete. Chic bistros and high-rise shopping centers long ago replaced the city's stage-set wooden Chinese stores, and the glass and steel of luxury resorts out in the suburbs have supplanted its cheap waterfront hotels. Even if you're not a city person, Tahiti is well worth seeing, especially for its fine museums devoted to the painter Paul Gauguin, the writer James Norman Hall, and the islanders themselves. There are many secluded areas around the perimeter of the island, but given that more than 60 percent of the country's population lives on it, the ring road that connects its various villages can be slow-moving with traffic. 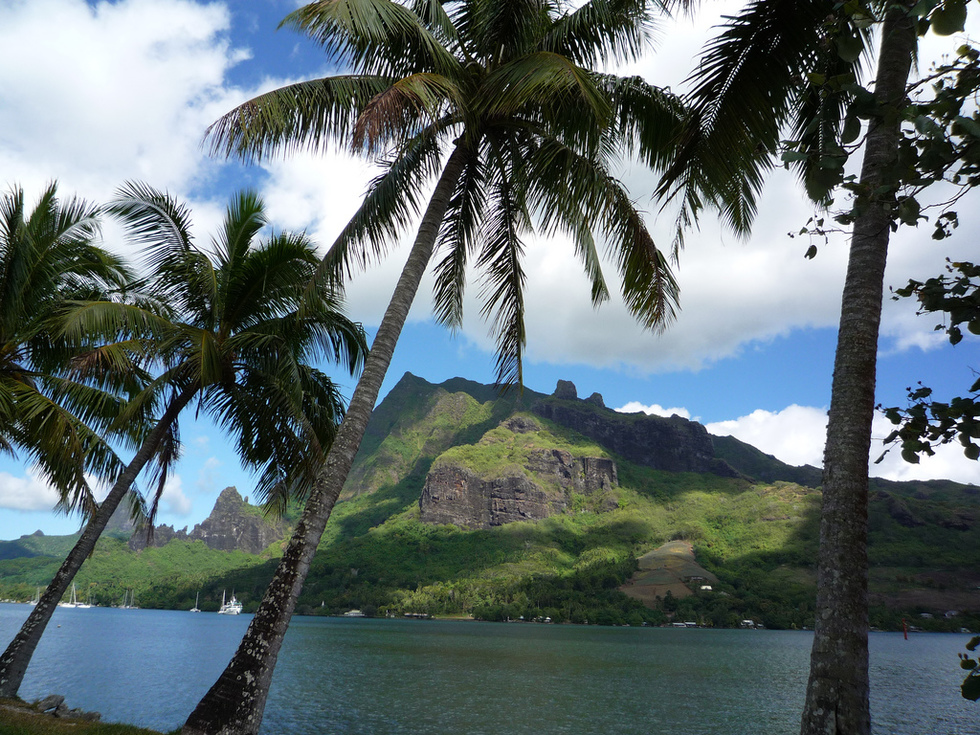 Mark Taylor/Flickr
Moorea
Moorea is just 20km (12 miles) west of Tahiti. The short journey by ferry is like being transported to another world. Moorea's mountain peaks and fingerlike bays, ideal for both hiking and snorkeling, are world-renowned for their awesome beauty. Even though parts of Moorea are beginning to seem like Papeete suburbs, the island still retains more of old Polynesia than does Tahiti. It also has numerous white-sand beaches, which are in short supply on Tahiti, where most sand is of the black volcanic variety. Given its proximity to Papeete and the fact you don't have to take a short flight to reach it, Moorea is where some of the most realistically priced resorts can be found. It's a good choice if you want a serene Polynesian experience without breaking the bank. 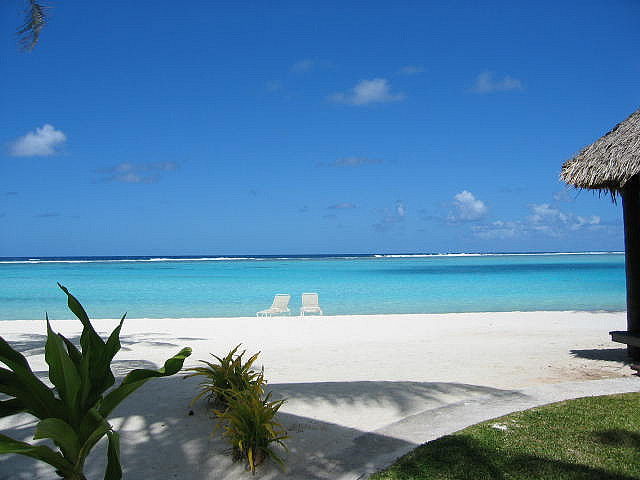 tiarescott/Flickr
Huahine
Huahine is almost as beautiful as Moorea and Bora Bora, but with only a handful of hotels and nearly no urban footprint, it retains much of its old Polynesian charm. It's also not as far from Papeete as Bora Bora (whose jagged profile is visible in the distance over the water), so getting here can be more affordable. It's a also a good place to find vacation rental homes. Don't miss a visit to its colony of freshwater eels. 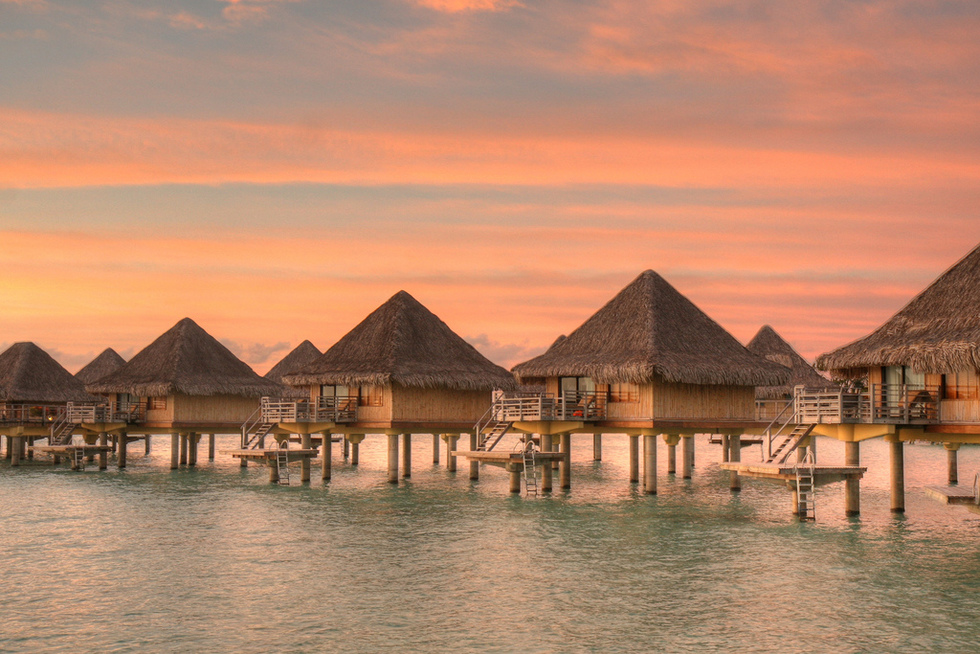 SF Brit/Flickr
Bora Bora
One of the world's top honeymoon destinations, Bora Bora is French Polynesia's tourism dynamo, with more resorts than any other island. It's favored by honeymooners and couples, and the luxury amenities, corporate management, and high prices reflect that once-in-a-lifetime clientele. Virtually unscathed by tourism, but a favorite retreat of French residents of Tahiti, Maupiti has a few locally owned pensions. It can be visited on a day trip from Bora Bora. 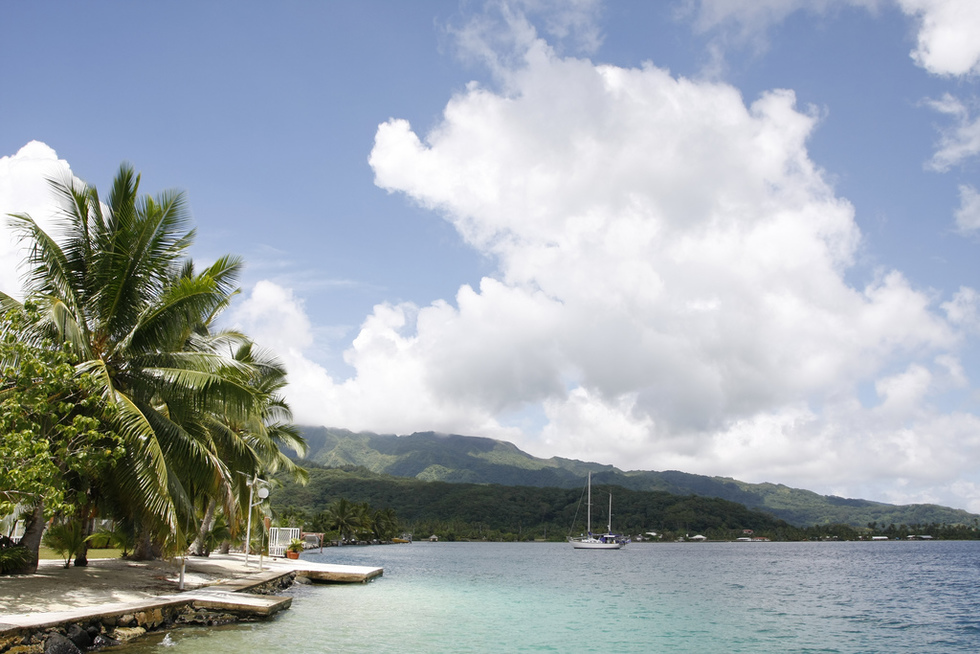 Liz Saldaña/Flickr
Raiatea and Tahaa
The administrative center of the Leeward Islands, Raiatea lacks beaches, but the deep lagoon it shares with Tahaa makes it the sailing capital of French Polynesia. Tahaa has only recently opened to tourism, with one of French Polynesia's top resorts now sitting out on a small reef islet. 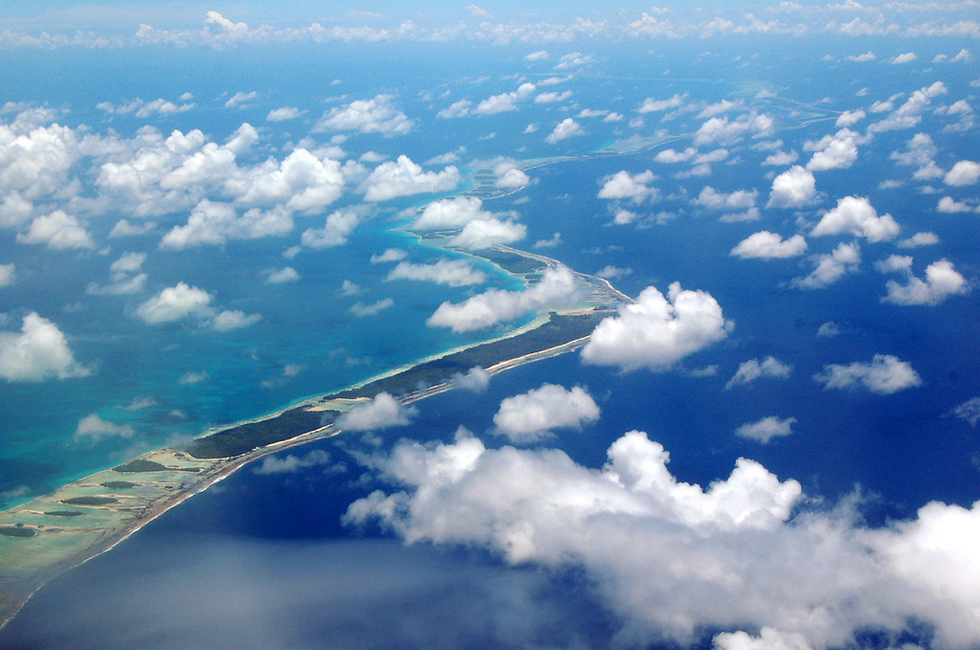 tensaibuta/Flickr
Rangiroa
Across the approaches to Tahiti from the east, the 69 low-lying atolls of the Tuamotu Archipelago run for 1,159km (720 miles) on a line from northwest to southeast. The early European sailors called them the Dangerous Archipelago because of their tricky currents and because they virtually cannot be seen until a ship is almost on top of them. Even today, they are a wrecking ground for yachts and interisland trading boats. Two of them, Moruroa and Fangataufa, were used by France to test its nuclear weapons between 1966 and 1996. Others provide the bulk of Tahiti's well-known black pearls. Rangiroa, the world's second-largest atoll and the territory's best scuba-diving destination, is the most frequently visited. 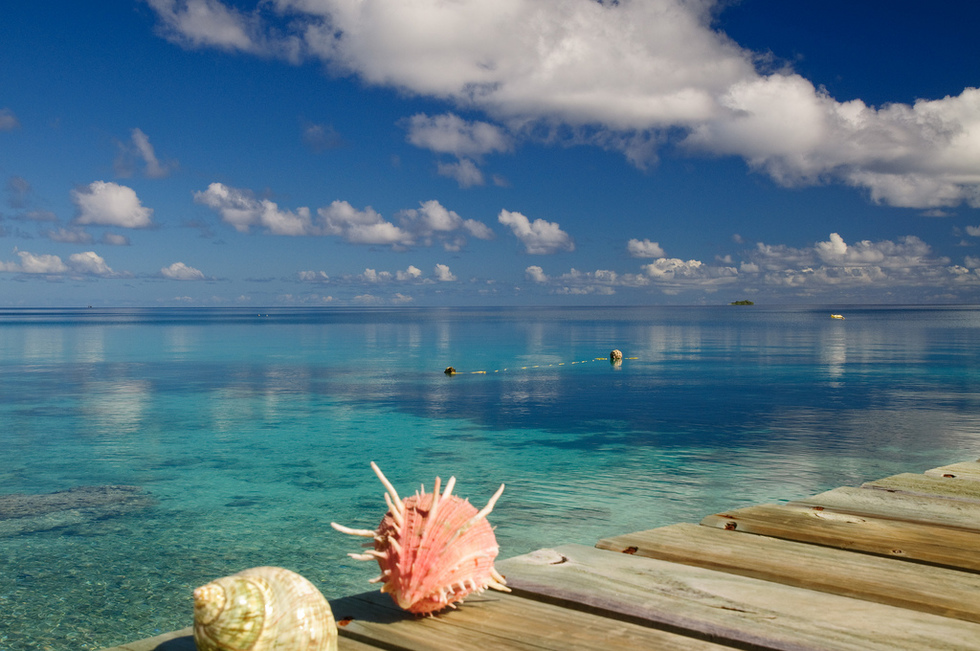 Alessandro Caproni/Flickr
Fakarava
To the south of Rangiroa, the reef at Fakarava encircles the world's third-largest lagoon. The diversity of rare wildlife has earned it a designating as a UNESCO Biosphere Reserve for the preservation of precious species. 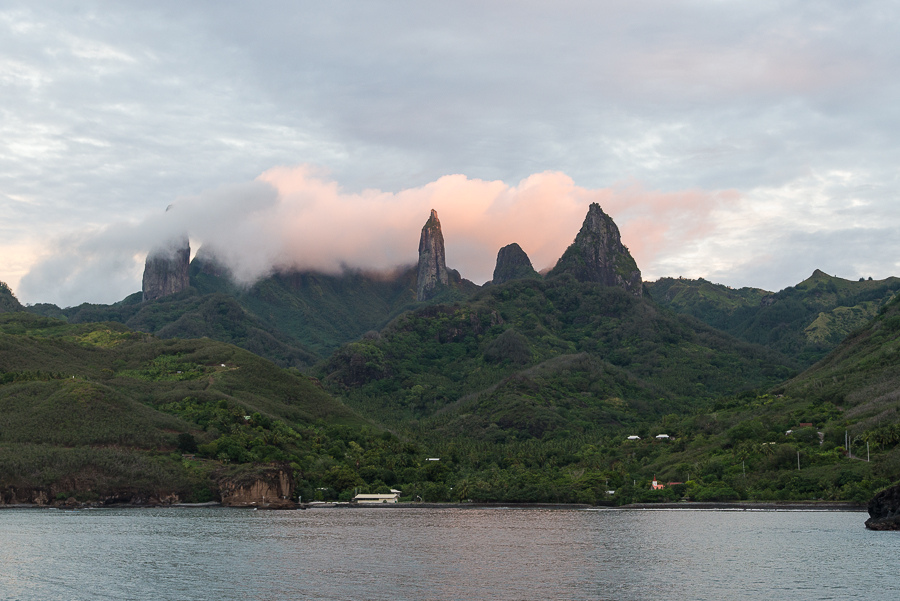 Hervé/Flickr
Ua Pao
Now we've arrived at the most remote (and hard-to-reach) parts of French Polynesia. Made famous (in the United States, anyway) in 2002 by the Survivor television series, the Marquesas are a group of 10 mountainous islands some 1,208km (750 miles) northeast of Tahiti. They are younger than the Society Islands, and because a cool equatorial current washes their shores, protective coral reefs have not enclosed them. As a result, the surf pounds on their shores, there are no encircling coastal plains, and the people live in a series of deep valleys that radiate out from central mountain peaks. The Marquesas have lost their once-large populations to 19th-century diseases and the 20th-century economic lure of Papeete; today, their sparsely populated, cloud-enshrouded valleys have an almost haunting air about them. Archaeological sites with their ancient tikis are prime attractions in the Marquesas.

Of the six inhabited islands, only Nuku Hiva and Hiva Oa have established themselves with standard hotels, and only they and Ua Huka and the incredibly beautiful Ua Pou have airports. The Marquesas are best visited on cruises, which visit all the inhabited islands including Fatu Hiva, another dramatic beauty.