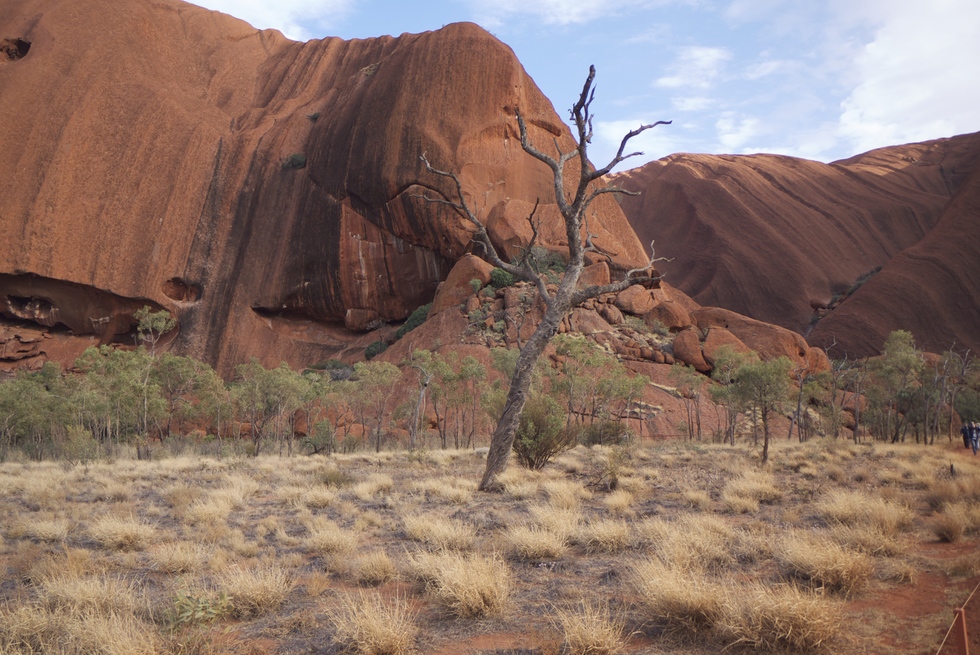 The Wonders of Australia's Outback

Few landscapes are as extreme, as striking or as mysterious as Australia's Outback. Harboring plants from the age of the dinosaurs, a people with possibly the oldest culture on the planet and animals you'll find nowhere else, it's a bucket list destination that doesn't disappoint. Following are just a few of the wonders you'll encounter here. 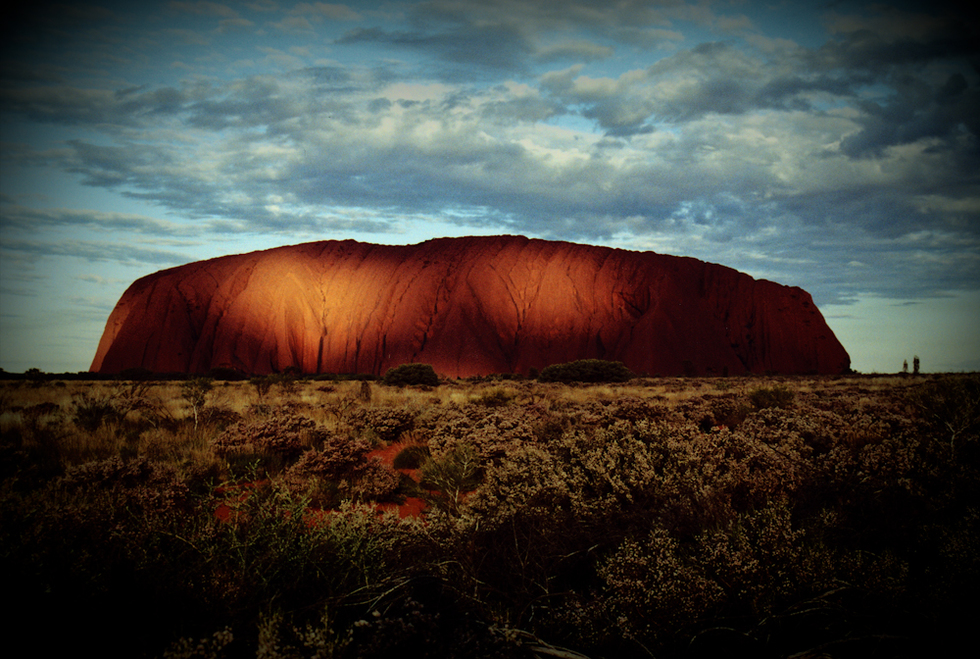 "Sydney, The Reef and the Rock"—those three items make up the classic Australia tourist itinerary, with many finding Uluru (or what European visitors named Ayers Rock) to be far and away the most impressive of the three. Taller than the Eiffel Tower, this massive knob is, in geological terms, an ingelberg. That means it was likely pushed up intact, many millennia ago, when two tectonic plates got a little too cozy with one another and started rubbing. It's thought that a full two-thirds of the rock is below the surface of the earTh.

Along with the domed rocks of Kata-Tjuta nearby, it's the only protuberance in a landscape that, for miles and miles, is unrelentingly flat. And so it served, for some 20,000-plus years, as an important meeting place for the area's Aboriginal People (known as the Anangu). If you tour it with an Aboriginal guide—and you should—you'll learn that every fissure and cave has a sacred meaning. The Anangu believe that the Rock was created during their pre-history, which they call "dreamtime", as the result of a great battle. Many other legendary events happened on the rock itself, which is marked by ancient drawings in many of the caves. 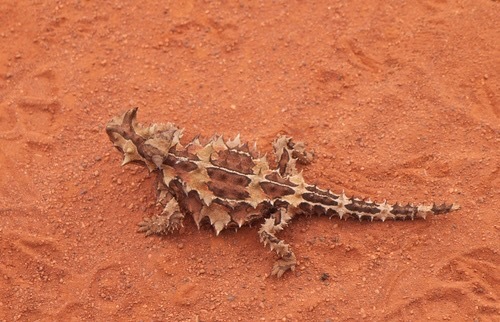 Keep your eyes peeled and you may spot one of these amazing little lizards, which are also known as thorny dragons (for obvious reasons). They're not easy to see as their colors change, just like a chameleon, depending upon what background they're up against. This foils predators, as does the false head they present when they feel threatened (made of soft tissues, it's at the back of their necks and pops up when they duck their heads). The thorny devil drinks water through the pores of its feet, allowing it to find even the smallest bit of moisture and use it to survive. They can live up to 20 years; the one pictured here was about the size of my palm. 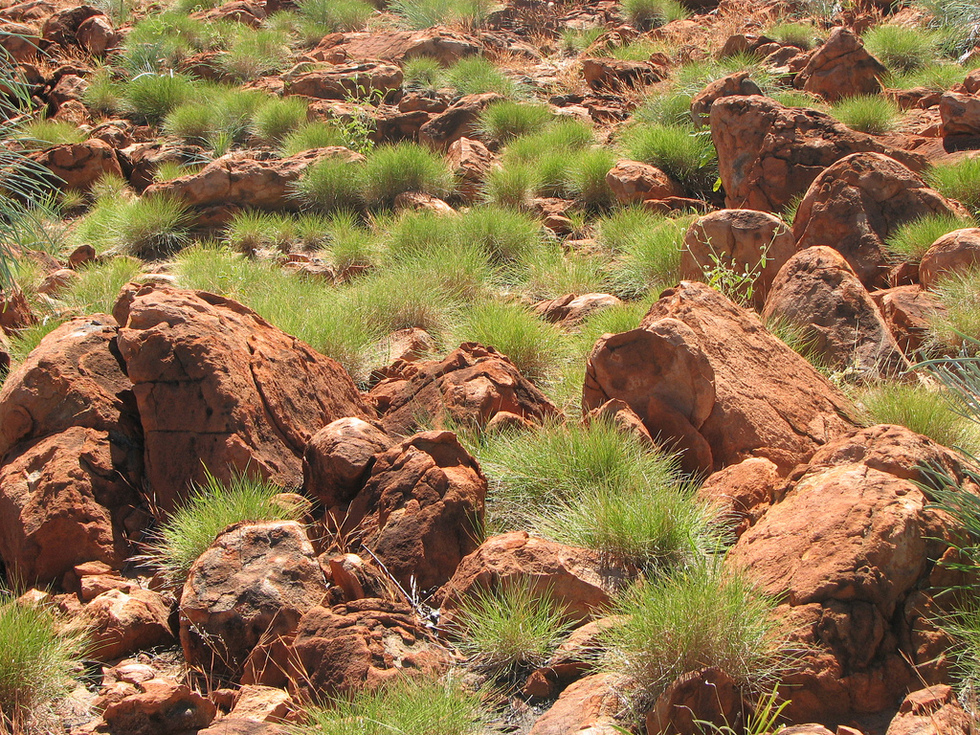 Meet the grass that changed both human and natural history! Spinifex seeds blew into the Australian Outback around 35,000 years ago. Possessessed of a strong web of roots, the plant held what had been the shifting sands and soil of a desert in place. That action ultimately changed the soil composition and transformed the area into a semi-arid region. When humans arrived, not much later, they were able to use Spinifex seeds to create a super-glue that was vital to their survival. They used the glue to create and fix weapons, and, as importantly, form a water-proof seal on their water vessels. 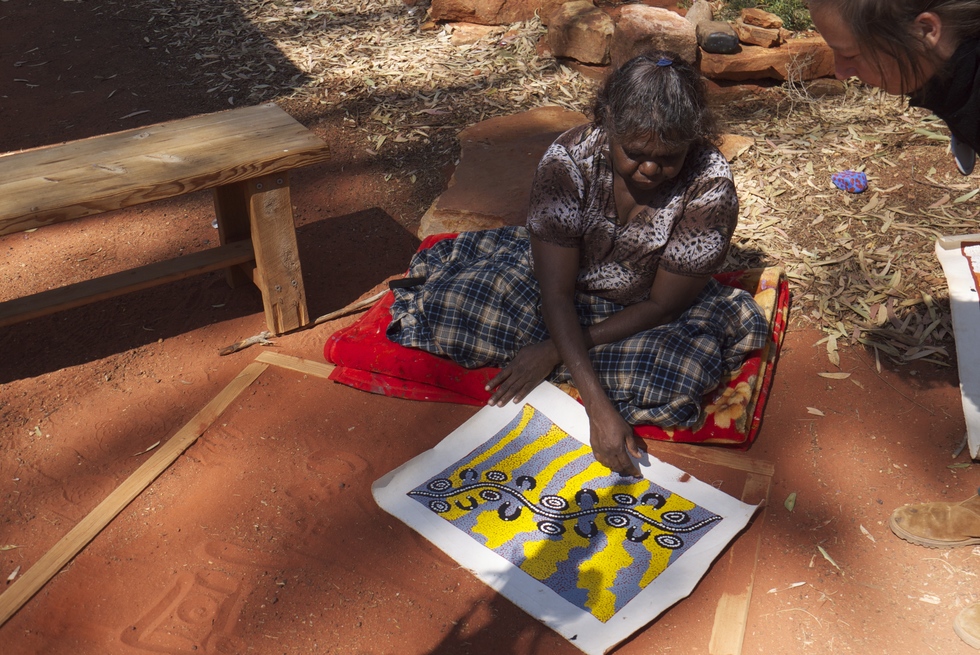 The Aboriginal art of Australia is part of the longest, unbroken tradition of art in the history of the world, stretching back 30,000 years according to archeologists (that's a good 10,000 years older than the cave paintings of Europe). And one of the best places to see this art is in the Outback and in Ulara, in particular. That's because the Aboriginal community that lives in and around Uluru-Kata Tjuta National Park is one of the most intact in Australia. Not surprisingly: it’s an Aboriginal corporation that owns the Park and leases it to the Australian government; they make sure to hire as many Aboriginals as possible. Some of these men and women work as artists, leading classes (as shown here), as well as selling art and creating new pieces.

Though it looks abstract, Aboriginal "dot paintings" are actually meant to represent landscapes as seen from thousands of feet in the air. Apparently, they do so quite accurately. Researchers took an aboriginal dot painting up in a helicopter and found that it mirrored the topography almost prefectly. A mystery, as the artist would not have had access to any sort of plane or other vehicle that would have gotten them up that high. They're also filled with symbols and so these landscape paintings usually tell some sort of tale, either mythological or (today) personal. 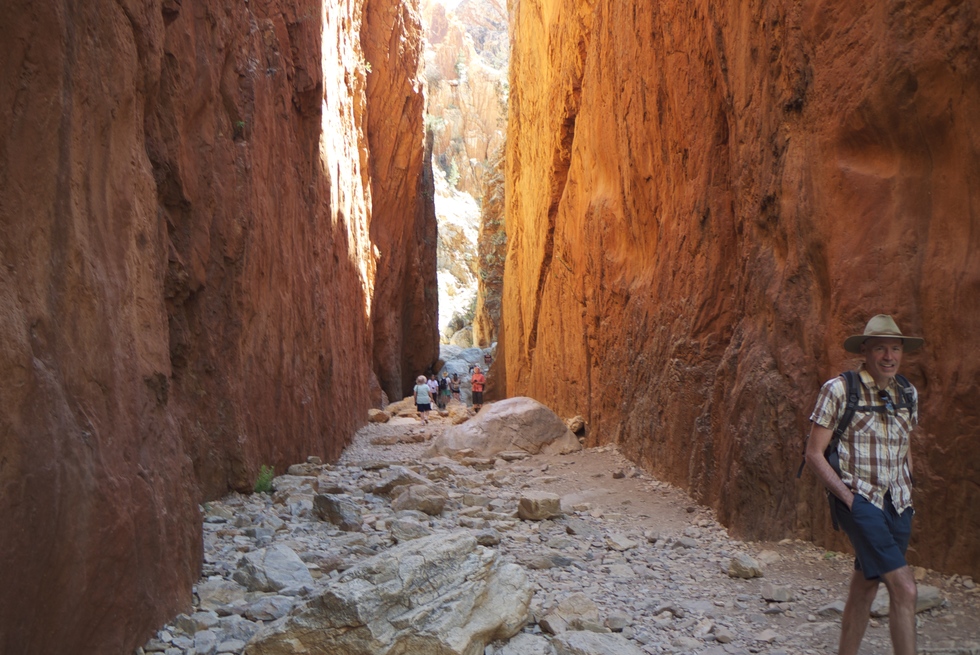 The beauty of the Outback goes well beyond "The Rock". Pictured here is Standley Chasm, a tunnel in the sandstone rock that has been gouged by floods over millions of years. Like many Outback geological wonders, it is also a sacred site to the Aboriginal people, in this case a place for women's ceremonies surrounding fertility and childbirth. The best time to visit is an hour before or after noon when the reflected rays of the sun make the walls glow orange. 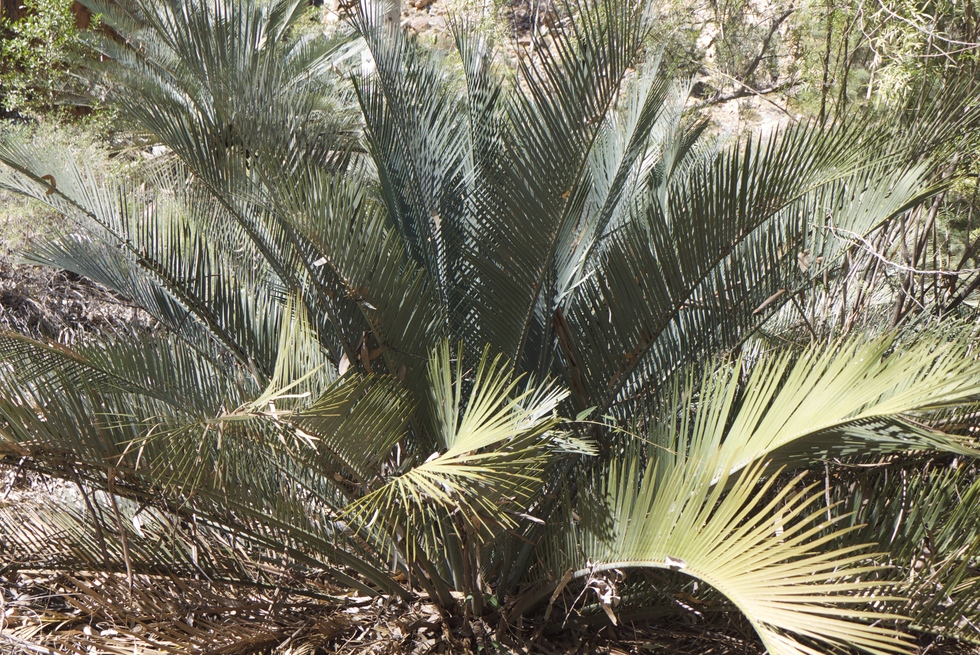 Meet the cycad palm, a plant that has been on earth since the time of the dinosaurs. It may not look like much, but this plant has a remarkably kinky sex life. Every few years, a symbiotic bacteria causes the inner regions of the plant to heat up. This flushes out the grubs that live inside the plant, and they venture forth to find a new home, carrying along with them genetic matter from their former host. The only proper home will be an unhot, female cycad and as they burrow inside, they will impregnate her. Cycads can live for hundreds of years; you'll see a number of them in the area around Alice Springs. 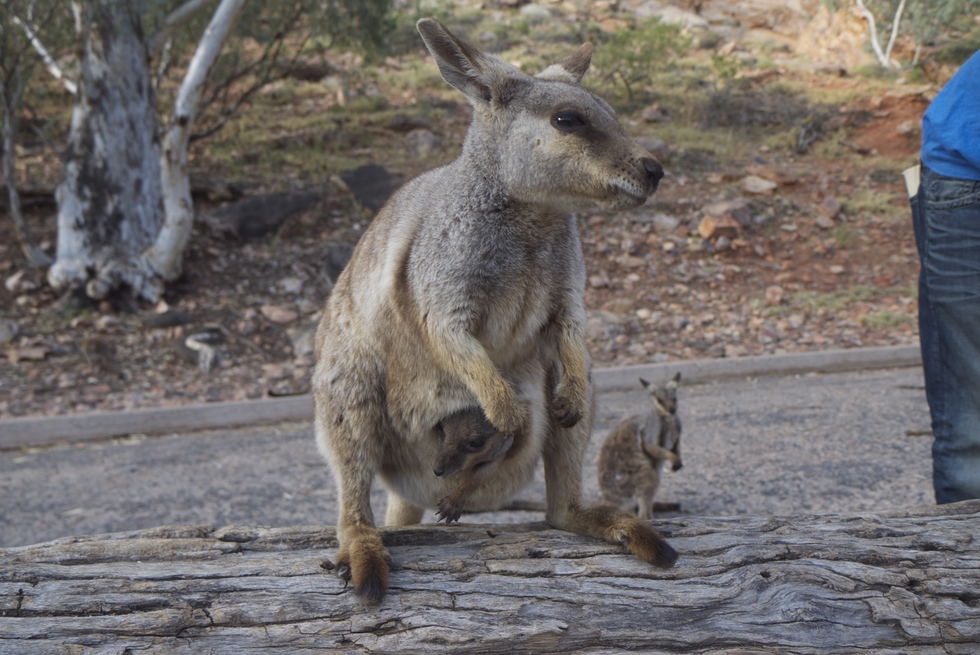 A wonder? Maybe not, but these smaller members of the kangaroo family are insanely cute. As with kangaroos, young wallabies are known as joeys and they live in their mothers pouches (shown above) for many months after birth. Visitors to Alice Springs find them in a number of spots on the outskirts of the city, including at a motel parking lot where the owners sell pellets so that guests can feed them and have a close-up look at these adorable critters.