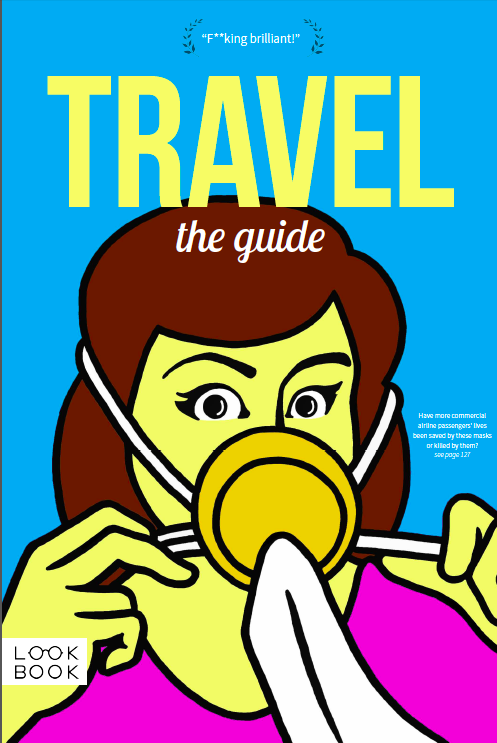 This Exclusive Excerpt of 'Travel: The Guide' Will Bend Your Perceptions

By Frommer's Staff
By Doug Lansky
Globalization has made some of the hotels and fast food chains in Shanghai look exactly like the ones in Cleveland. That doesn't mean you can't have authentic experiences anymore; it's just a matter of knowing where to look.  In my book, TRAVEL: THE GUIDE (hardcover and ebook), I show where authenticity lurks and how globalization cuts both ways--you can even find enriching foreign travel experiences close to home. I also take a look at some other aspects of travel you may not have considered before. Here's a quick taste exclusively for Frommer's readers: 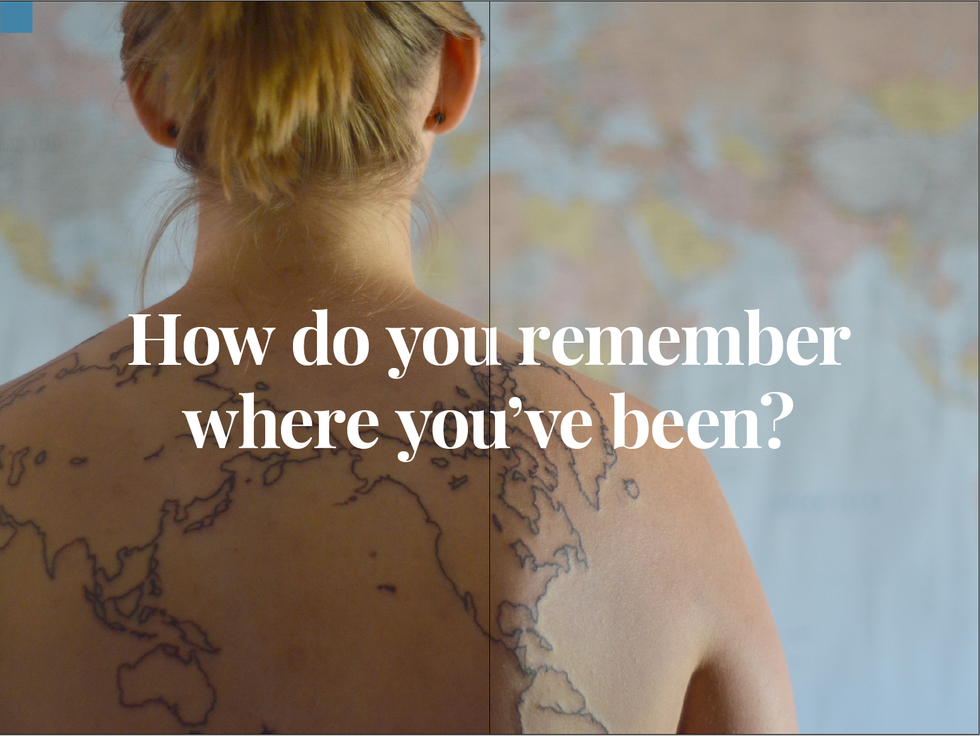 “Maria’s World Map” by Denise Krebson/Flickr (CC BY 2.0), Excerpted from Travel: The Guide
Some souvenirs are a little more enduring than others.
advertisement 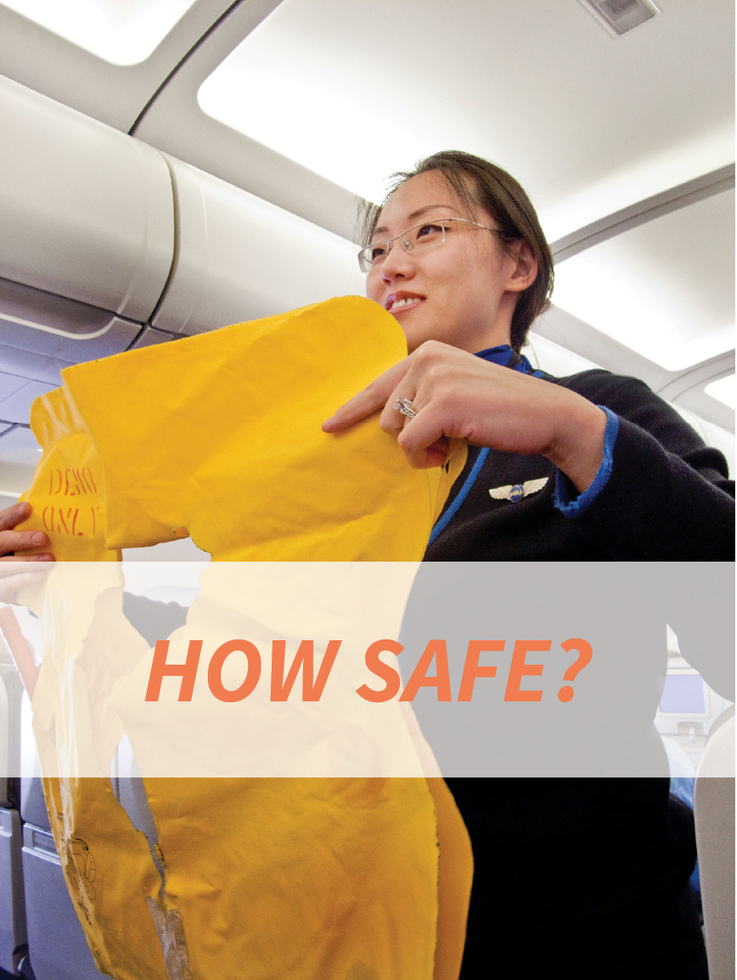 Marmaduke St. John / Alamy / Excerpted from Travel: The Guide
According to Harro Ranter, President of the Aviation Safety Network, the were last used to save lives in 1962 when a DC-7C owned by Northwest but operating as a Military Air Transport charter flight went down at sea. Up until the Hudson River incident in 2009, there hadn’t been a successful wide-body aircraft landing on water. There have been 140 lives saved during seven water landings since 1970, but life vests haven’t saved any on a major airline since 1962. 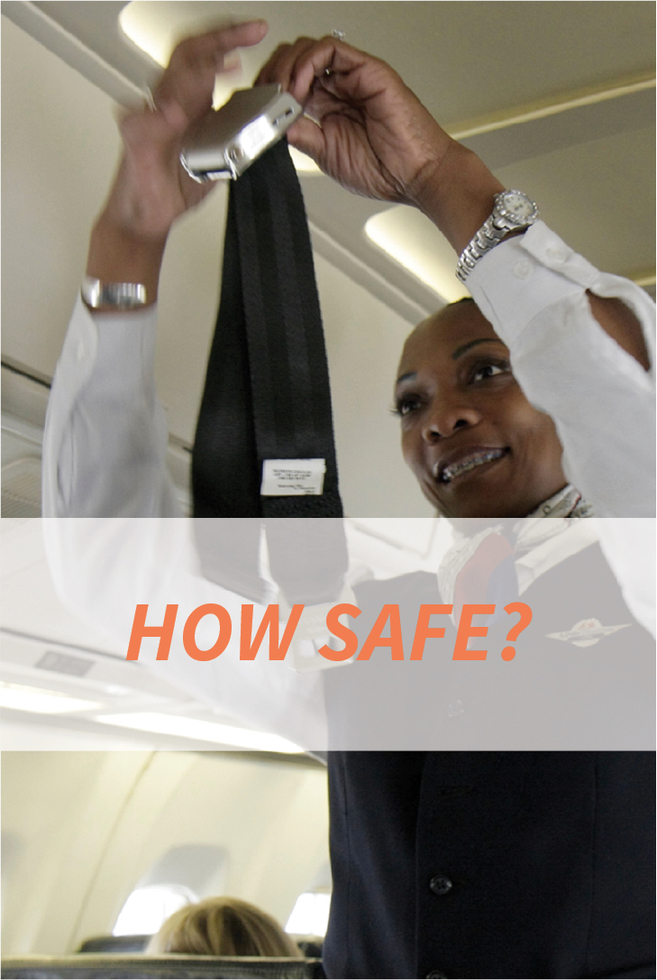 Jeff Greenber / Alamy, Excerpted from Travel: The Guide
Surprisingly, most people survive plane crashes—over 95 percent of people in US plane crashes between 1983 and 2000 survived. If airlines were a bit more concerned about protecting us during a crash, they’d have us seated backward (like flight attendants, military personnel, and some newer premier-class seats). The most important thing is to sit near an emergency exit and remember where it is. In a crash, many people become panicked and try to open their seat belts by pushing a button, as they would on a car’s seat belt. So if you’re going down, mentally walk through opening the latch on the belt and getting to the exit.
advertisement 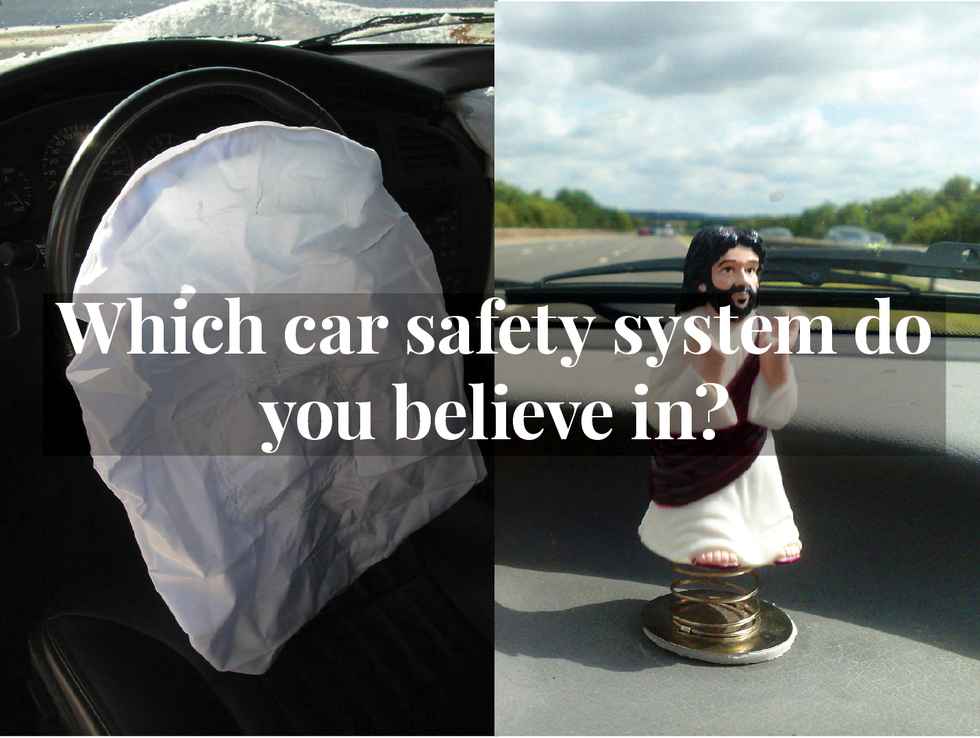 ”02 Monte Carlo Driver Airbag Deployment” by Scott E on Flickr (CC BY-NC) / “Jesus on my dash” by STML on Flickr (CC BY-NC-ND 2.0) / Excerpted from Travel: The Guide
25,000 tourists are killed each year in road accidents. It’s the leading cause of tourist deaths, according to Make Roads Safe, a nonprofit group working with the UN and World Health Organization. (About 1,500–2,000 Americans are killed in road accidents abroad annually, about 25 percent of total US tourist deaths.) While bombings may be the preferred method of making terrorists attacks against Americans abroad, fewer than 30 US private citizens have been killed by terrorism annually (on average over the last 10 years, even including domestic deaths)—about the same as are killed by lightning. 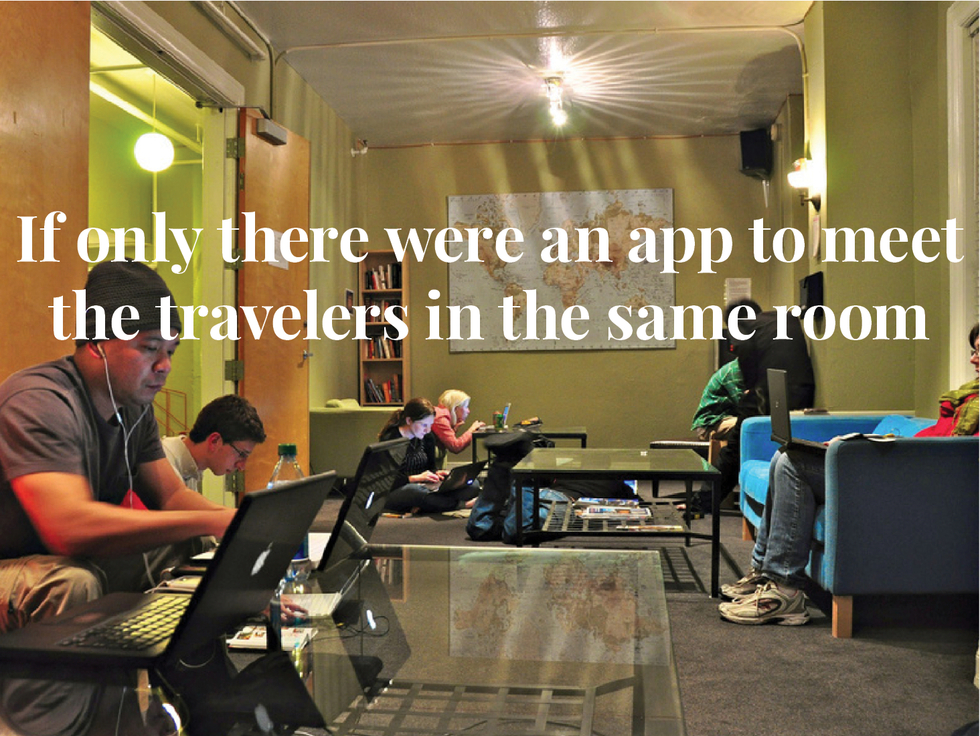 Hosteling International, San Francisco, by Fermin Banawa / Excerpted from Travel: The Guide
It used to be almost impossible to stay in touch while traveling. Then it became an expensive hassle. Now it's almost too easy. Halfway around the world world, travelers sit in hostel lounges and tweet, update their Facebook status, add photos to their blogs, and even watch their favorite TV shows. Just about everything except meet the interesting, international travelers right beside them.
advertisement 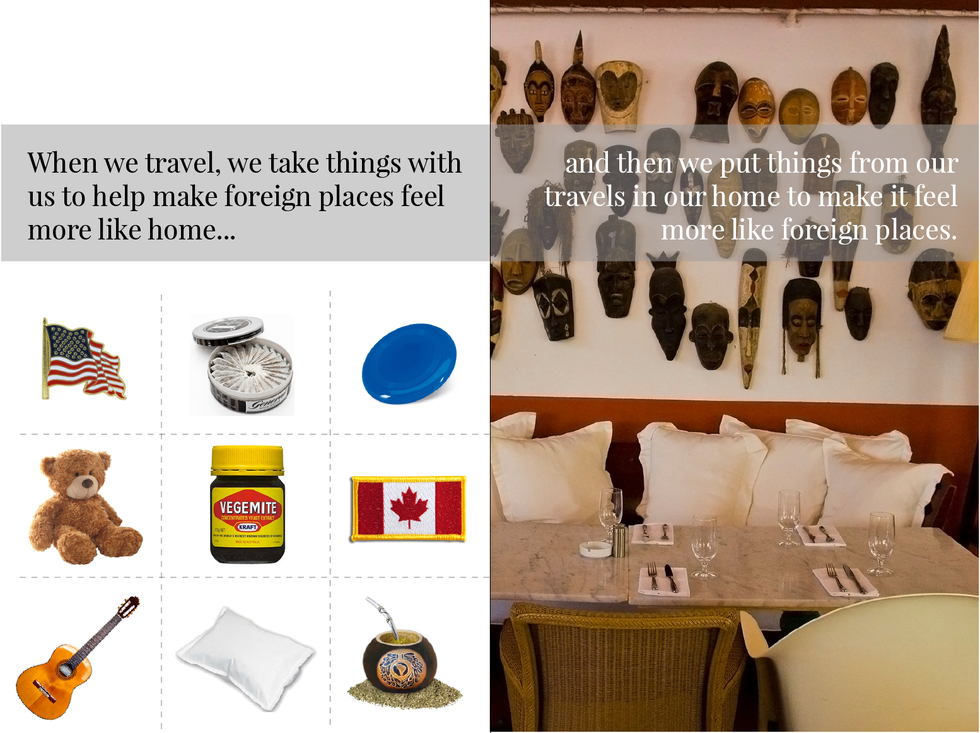 Michael Wald / Alamy / Excerpted from Travel: The Guide
Just because travelers may take the road less traveled, it doesn't mean the rest of their decisions are logical. 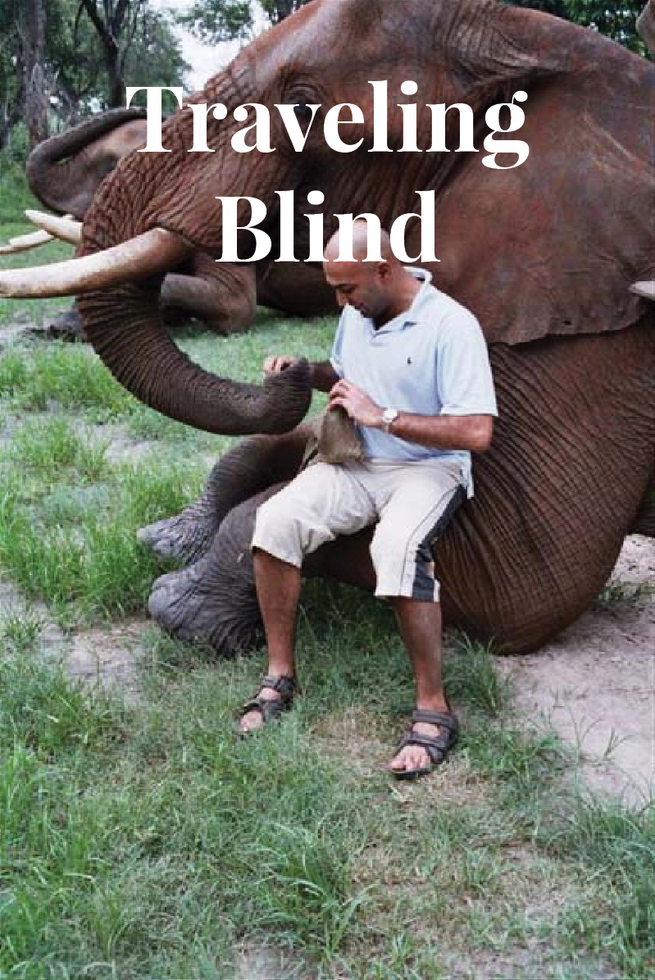 Provided by Amar Latif / Excerpted from Travel: The Guide
"Blind travelers can enjoy many things just as much as sighted travelers. I make sure to plan things to activate the senses: cooking courses, concerts, and wine tasting. And because we are so hungry for descriptions, we can often savor a well-described scene where a sighted person might just walk by and give it a glance. One thing that can make it difficult for me is hotel cleaning staff moving my things. I have a system for where everything goes—I can’t just throw stuff around like a sighted person. If a cleaner moves my shoes 10 cm, I might be looking for them for 30 minutes."
— Amar Latif founded and runs Traveleyes (www.traveleyes-international.com), a travel agency that pairs blind travelers with sighted travelers and helps them see the world from one another’s perspective.
advertisement 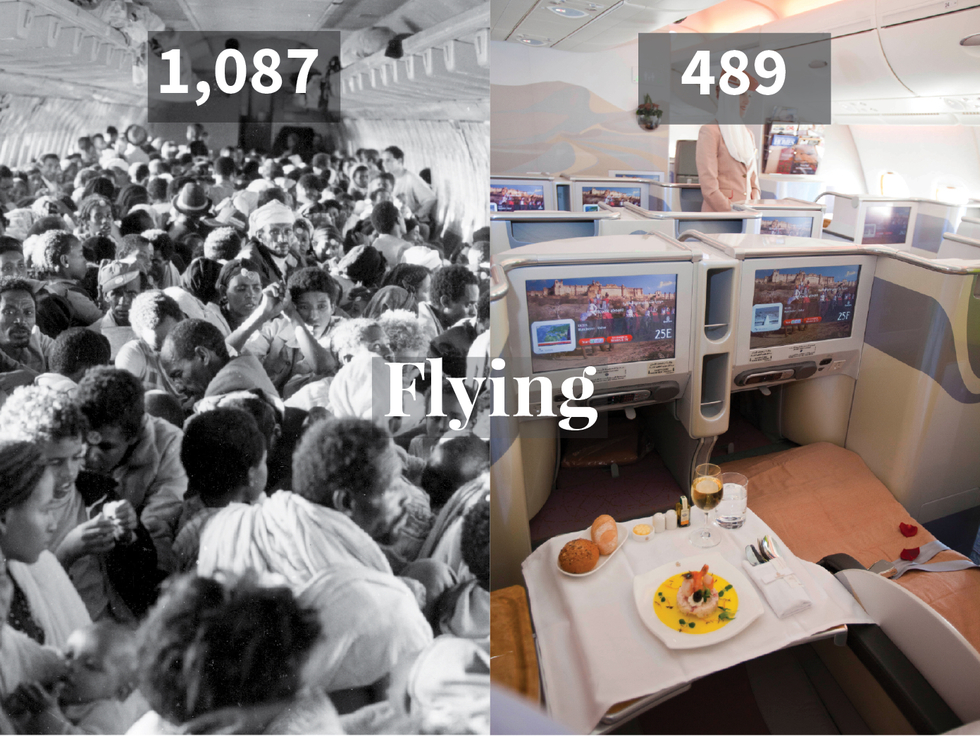 Jacqueline Arzt / AP / Mark Waugh / Alamy / Excerpted from Travel: The Guide
Left: 1,087 passengers cram onboard a single-class 747 El Al flight from Addis Ababa to Tel Aviv as part of a 1991 operation to airlift Ethiopian Jews to Israel. Right: 489 passengers sit in an Airbus 380, the world’s largest passenger aircraft including 14 first-class and 76 business-class seats that recline to a flat position. 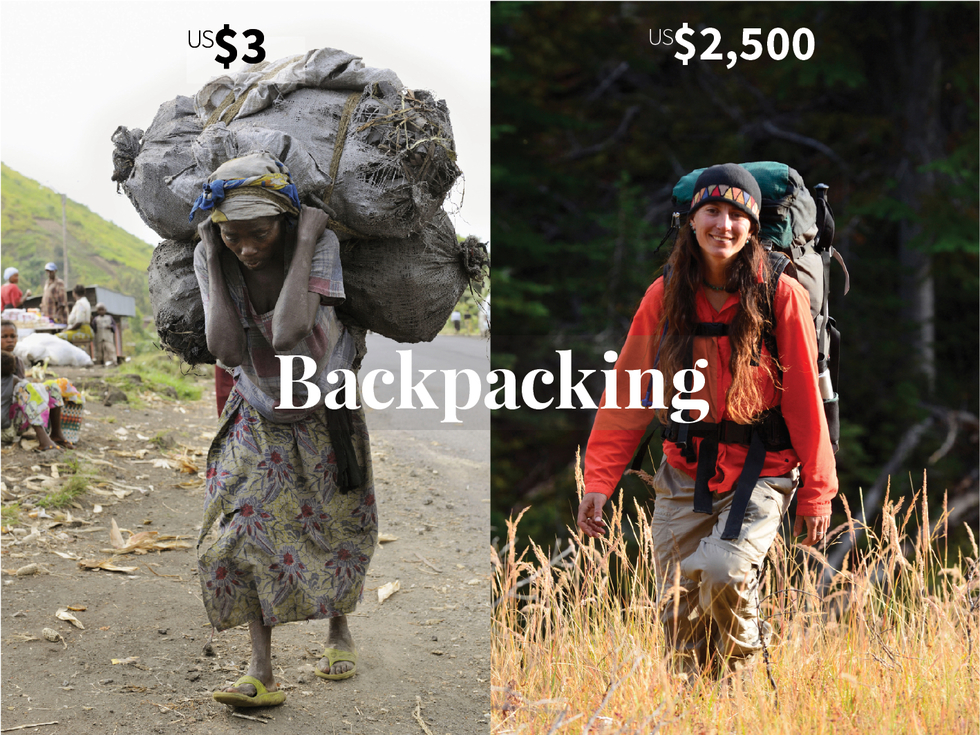 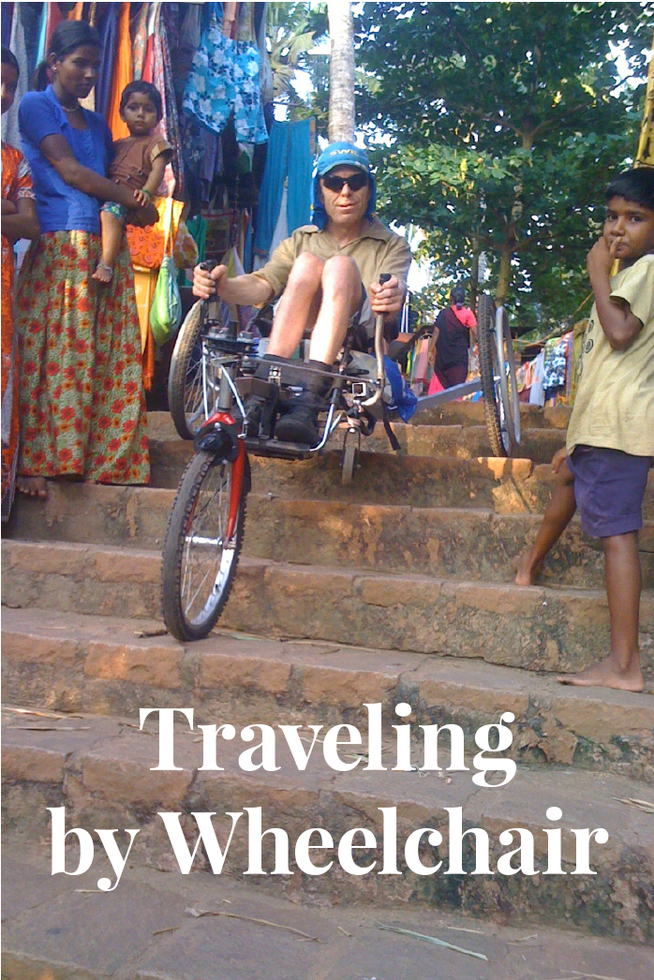 Gustav Fresk / Excerpted from Travel: The Guide
"At some airport check-ins they make you check your wheelchair and use theirs. Their wheelchairs are awful—uncomfortable and difficult to move in. Imagine if they made you check your shoes and walk all the way to the gate in downhill ski boots. Some let me switch wheelchairs at the door of the plane. It seems so easy. Why can’t they all do that?"
— Gustav Fresk, 44, Swedish, former world sailing champion. 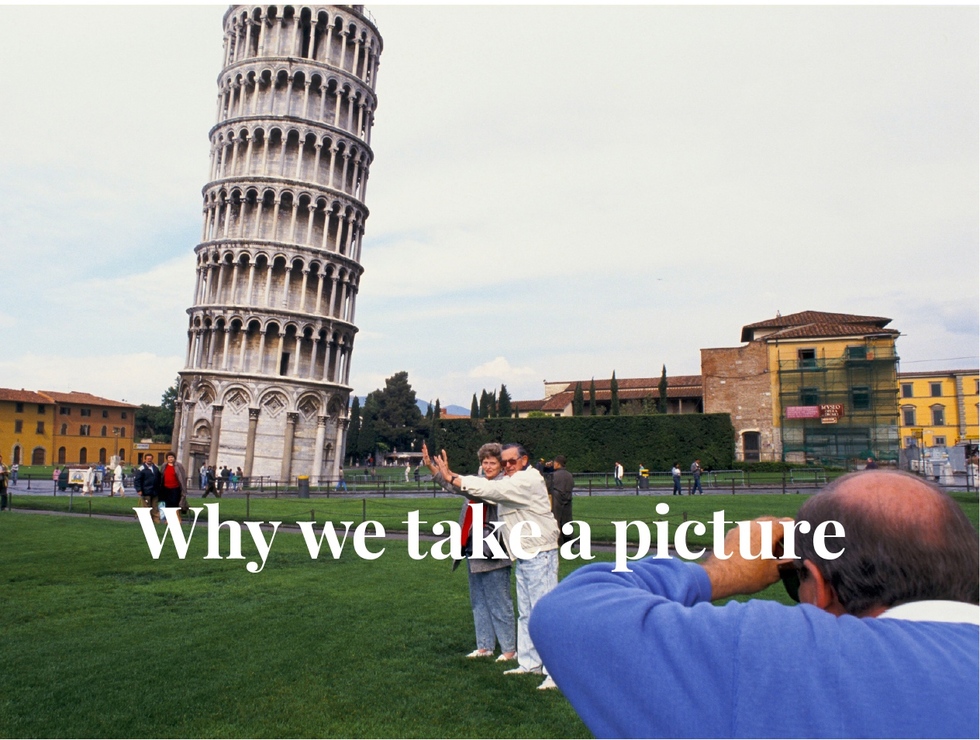 Peter Jordan / Alamy / Excerpted from Travel: The Guide
Our visit begins when we get there, but because one could conceivably spend an unlimited amount of time there, figuring out when we’re done is an abstract exercise. One convenient way to add a little closure to is to snap a picture. You might say it has become a popular (yet unconscious) ceremony to end our visit. Spend any time near a tourist attraction and you’ll inevitably hear someone say it out loud: "Take a picture and let’s go."

For more ingenious, perspective-shifting insights about the world of travel, buy Doug Lansky's Travel: The Guide. Click the right arrow to see the images again.