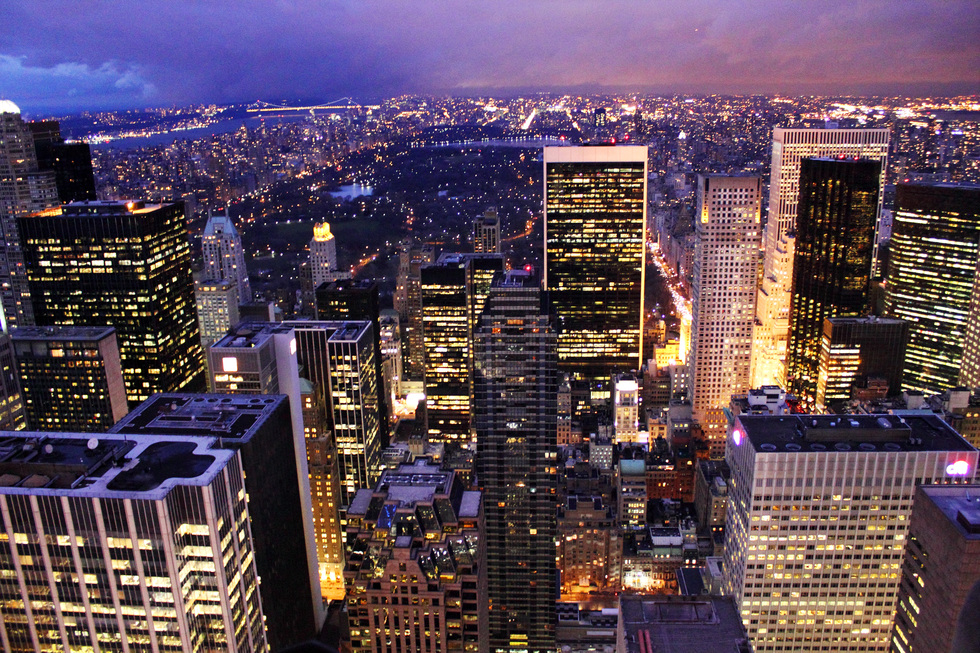 The World’s 12 Most Breathtaking City Views

There’s nothing like finding a “Big Picture” panorama to orient yourself at the start of a visit to a new city. Or maybe you save the views for the end of your trip, so you can identify sights you’ve already seen. Either way, once you’ve seen the cityscape from on high, you’ll feel like you own that city. Each of the most spectacular ones in the world are easy for any tourist to attain.

During the 10-minute ascent in the cable car to the top of Table Mountain, which towers over Cape Town, the view begins to stretch from urban to endless ocean. Step out of the car and there are paths to meander that lead to 360-degree views. You’ll see Cape Town, Table Bay, Robben Island (the prison-turned-museum where former South Africa president Nelson Mandela was incarcerated for many years), and even the Cape Peninsula, which is nearly the southern tip of Africa. If you want to stretch your legs, take one of the hiking paths up or down this mountain, which tops out around 1,068m (3,560 ft.) above the ocean crashing against Africa’s shores below. www.tablemountain.net; www.capetown.travel. 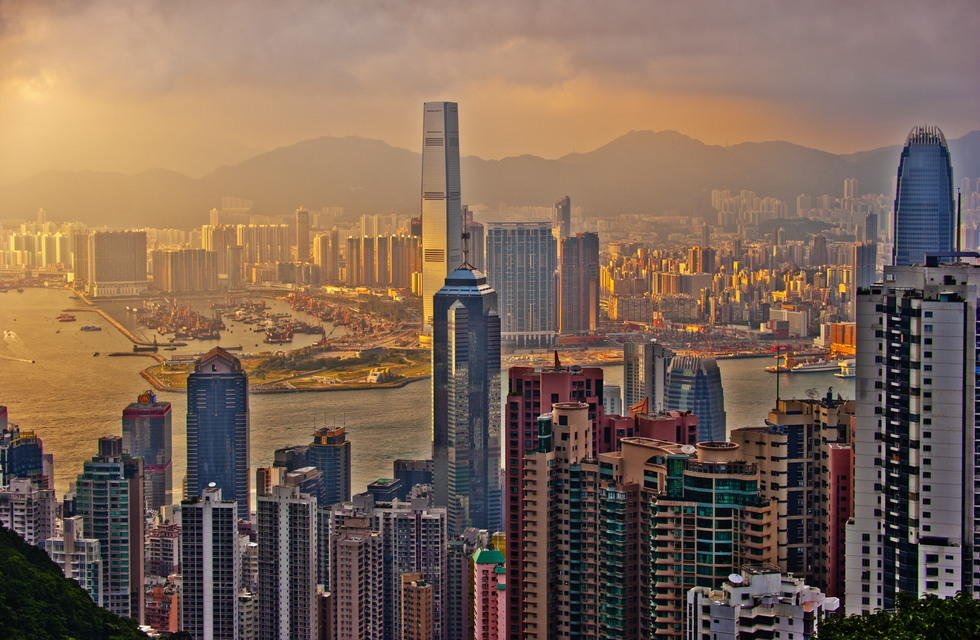 It’s just an optical illusion. Those tall buildings you‘re passing only look like they’re leaning, as you ride up Victoria Peak in the world’s steepest funicular railway. After the 8-minute ride to the top, the bustling Hong Kong Harbor and its islands are laid out before you. From the viewing area on the Sky Terrace, your eyes are drawn to the intense blue of the water surrounding the islands packed with buildings. Take time to walk on some of the lush footpaths, such as the one that leads into Victoria Peak Garden. www.thepeak.com.hk/en. 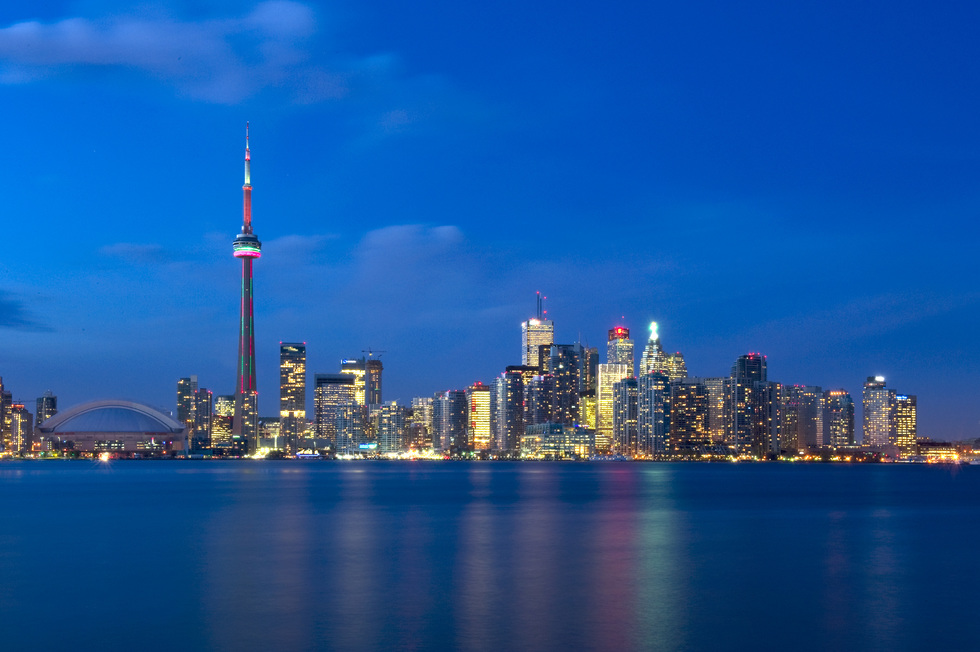 The ride to the Observation Deck at the skinny CN Tower in urban Toronto takes just 58 seconds in a glass-sided elevator. When you step out you’re on the Look Out Level at 341m (1,136 ft.) above sea level. From the Observation Deck, you’ll find awe-inspiring 360 degrees views. For a bigger thrill go one level below, step out on the Glass Floor, and look down. To reach the Sky Pod for a sky-high view of Toronto, you’ll need to take a second elevator, which shoots up another 33 stories. You can also dine in 360, the revolving restaurant on the Observation Deck. www.cntower.ca. 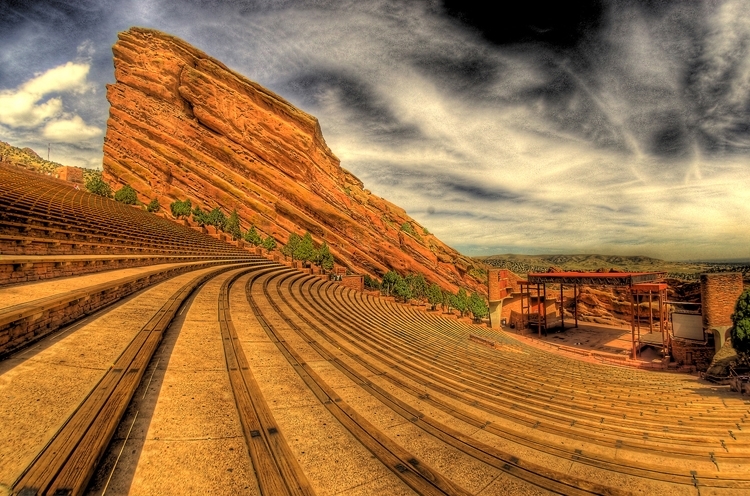 Denverites love to attend concerts at Red Rocks, an open-air amphitheatre that’s nestled between two towering 250 million-year-old sandstone monoliths. From the seats in the theater is a stunning view of the sprawling Denver metro area and the farmland and prairies beyond. On a clear day you’ll swear you can see to the Kansas border. You don’t need a concert ticket to enjoy walking around the park’s trails that thread through rocks and meadows. Unless there’s a concert, you can visit the amphitheatre to learn about this site’s unusual geology, the famous musicians who’ve played here, and lunch at a window table in the Ship Rock Grill. www.redrocksonline.com. 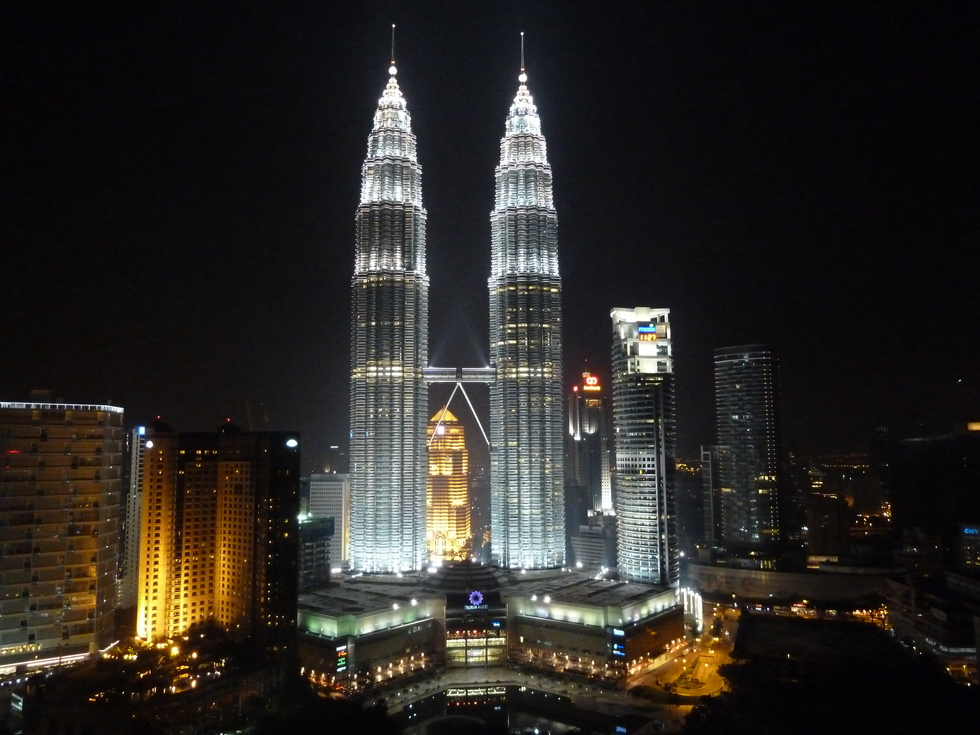 You can see these two 88-story buildings—the tallest twin towers in the world—from almost anywhere in the city. And you can see most of the city from the glass-walled skybridge—the highest double-decker sky bridge in the world. It links the 41st and 42nd floors in the two buildings. You won’t be allowed much time on the bridge, so be prepared to take photos quickly. The bridge tours are free, but it’s popular so get to the Towers early. www.petronas.com.my. 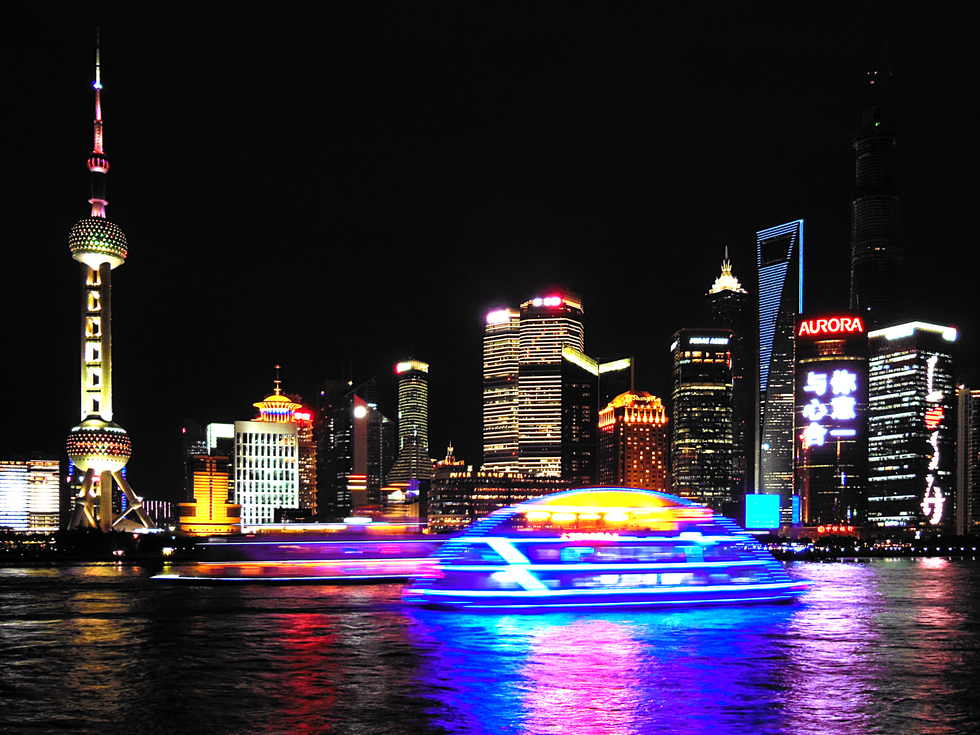 The view from one of three transparent walkways on the 100th floor observation deck, the highest in the world, is dizzying. The ground is 467m (1,556 ft.) below you and the spectacular city of Shanghai envelopes you from all sides. From this vantage point you can also see the Huang Pu River. http://www.swfc-shanghai.com/?l=en. 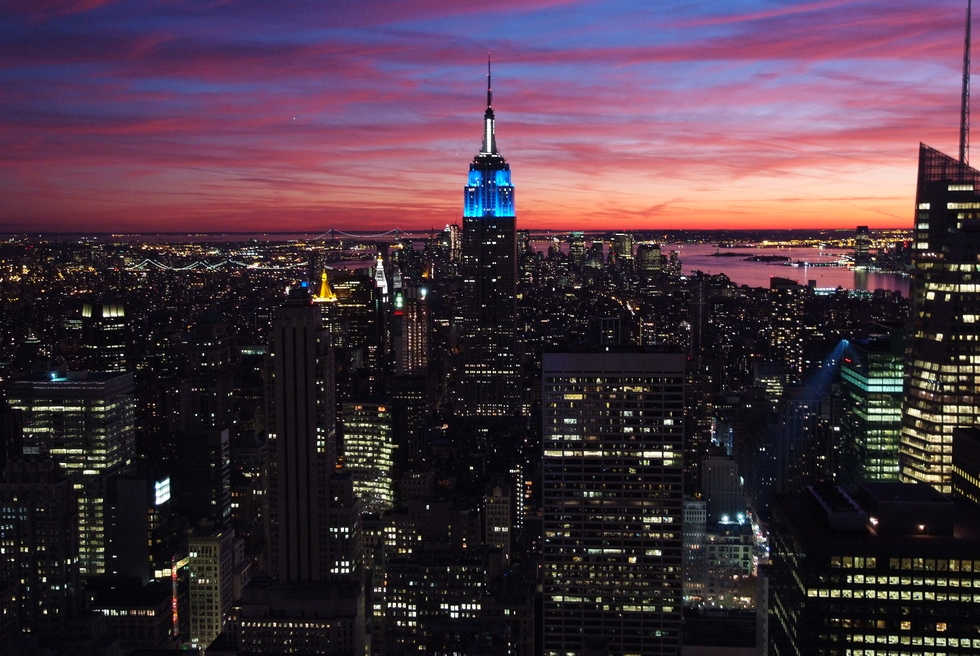 Perhaps there’s no skyline in the world as glamorous, glorious, and recognizable as that of New York City. The Top of the Rock is a new three-level observation deck on the 67th, 69th, and 70th floors of 30 Rockefeller Plaza. Two of the floors have outdoor terraces where you can look through big panes of safety glass to enjoy the view. If you want a breeze along with the view, head to the 70th floor, which has an open-air, unobstructed view of the city, the rivers that surround it, and beyond. www.topoftherocknyc.com. 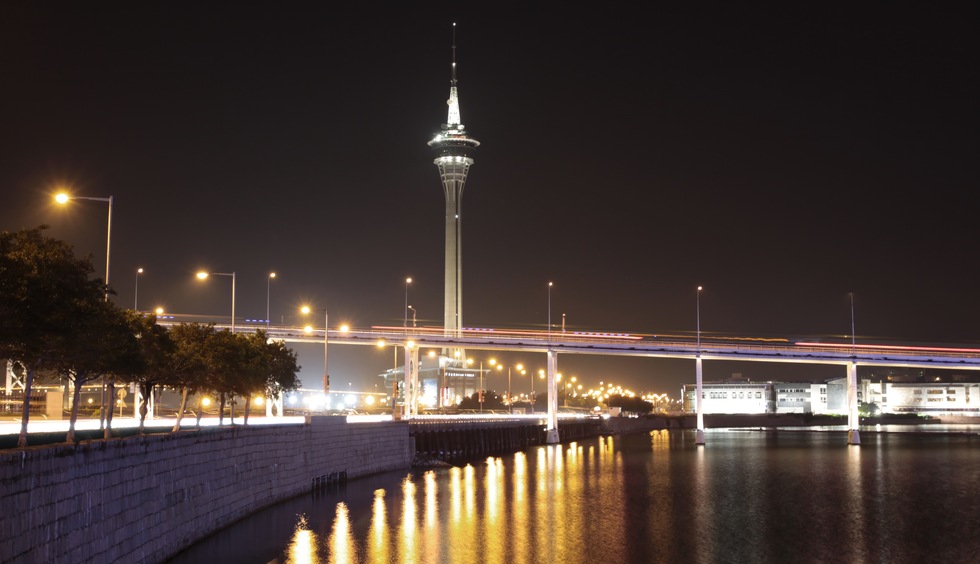 Take the glass-fronted elevator up to the Observation Lounge, which has vast windows and glass sections on the floor making visible the ground 220m (732 ft.) below. If you’re gutsy, do the Skywalk X stroll around the outer rim, which is just 2m (6 ft.) wide and has no handrails! (You’re strapped in with an overhead safety system.) If you’re fearless, snag a quick view of Macau as you take the SkyJump, a 20-second flight over Macau’s cityscape. This adventure is listed as the World’s Highest Commercial Decelerator Descent in the Guinness Book of World Records. www.macautower.com.mo. 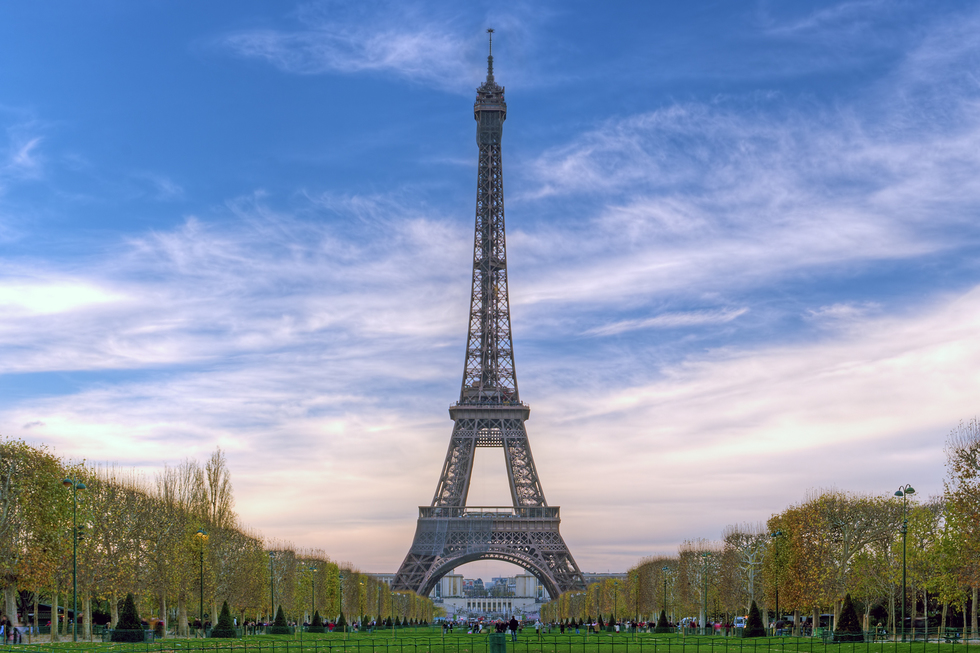 You can see most of Paris from the top of this monument built in 1889 for the Centenary of the French Revolution. If you’ve indulged in too much French cuisine, walk up the more than 700 steps (or take an elevator) to the second floor. The view is nice from here, but for the best views of the Parisian skyline you must take the elevator up to the top of the tower to the indoor and outdoor observation decks. From here, at 276m (905 ft.), you’ll be able to pick out famous sights, from the Arc de Triomphe and the Trocadero Gardens to the Sacre Coeur and the Pantheon. www.tour-eiffel.fr. 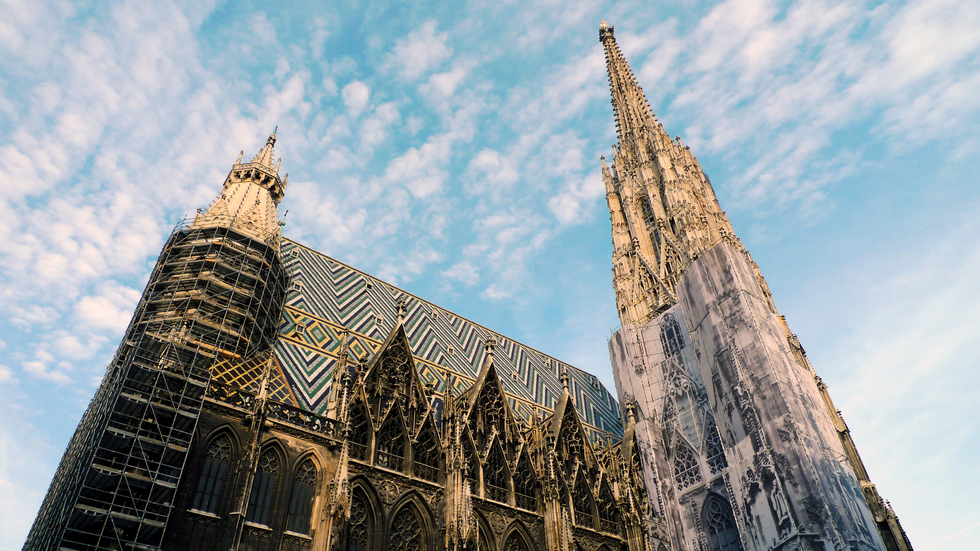 The best place to view mellow Vienna is still from the tower of its great 14th-century Gothic cathedral. Affectionately called Alter Steffl (Old Steve), the South Tower’s needlelike spire rises 135m (450 ft.) above Vienna, a focal point of the city's skyline. Built between 1350 and 1433, it was the main lookout for the walled medieval city; you can climb 343 steps to reach the watchmen’s room, which offers spectacular views all the way to the Vienna Woods (not to mention a glimpse of the cathedral’s colorful tiled roof). There’s an elevator in the stumpy North Tower, which was never properly finished; it now contains the church’s massive bells. Stephansplatz 1. www.st.stephan.at. 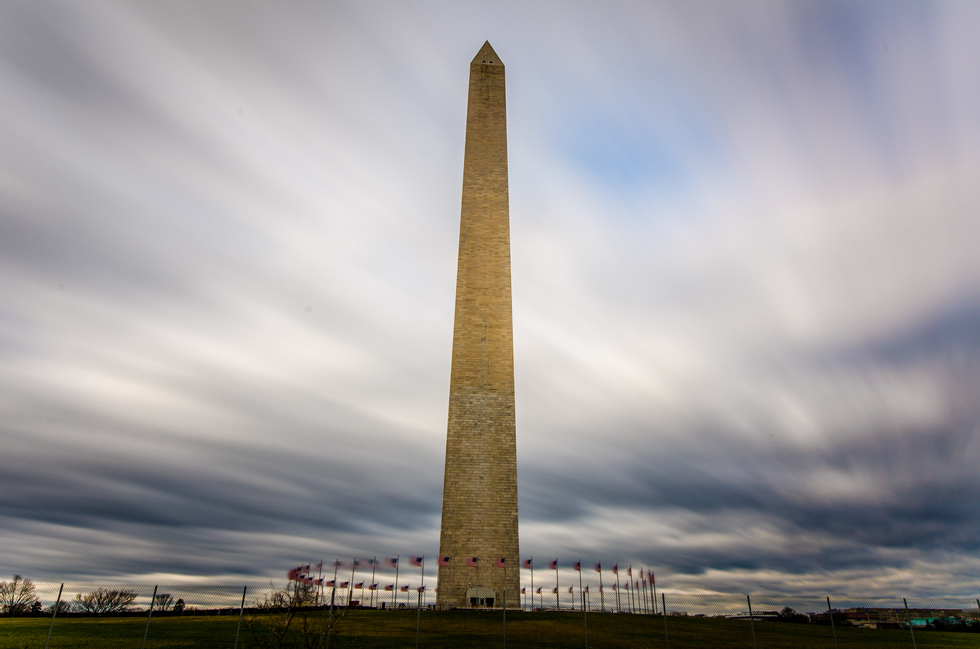 The world's tallest freestanding work of masonry, the Washington Monument lies at the west end of the National Mall—a perfect vantage point to admire the elegant geometric layout Pierre L’Enfant designed in 1791 for America’s new capital. Because D.C.’s zoning prohibits any building taller than the Capitol dome, nothing obstructs the 360-degree view from the top of this tapering white marble obelisk. Due north is the White House; due east stretches the National Mall, ending in the white dome of the Capitol; due west is the Lincoln Memorial; and due south is the Jefferson Memorial and the Tidal Basin. See Air & Space Museum, Natural History Museum, National Museum of the American Indian, and the International Spy Museum. 15th Street & Madison Drive NW (on the National Mall between the U.S. Capitol and the Lincoln Memorial). tel. 202/426-6841; www.nps.gov/wamo. 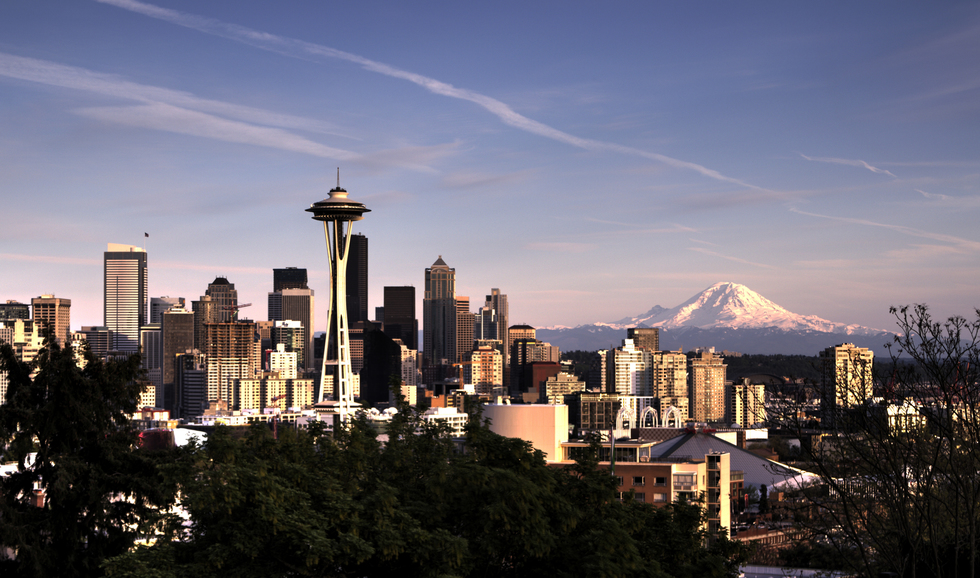 Built for Seattle’s 1962 World’s Fair, this towering landmark (605 feet tall) still has a futuristic vibe. A flying-saucer-like deck set near the top contains a roomy Observation Deck and the SkyCity restaurant, the oldest revolving restaurant in the world (and the food’s pretty darn good, too). Low-lying Seattle doesn’t have as many architectural points of interest to spot as some cities do, but the distant views of sparkling Puget Sound, the Olympic Mountains, and even the Cascade Range, are thrilling. See Seattle-Victoria Ferry and Experience Music Project (EMP). 400 Broad St. tel. 206/905-2100; www.spaceneedle.com.