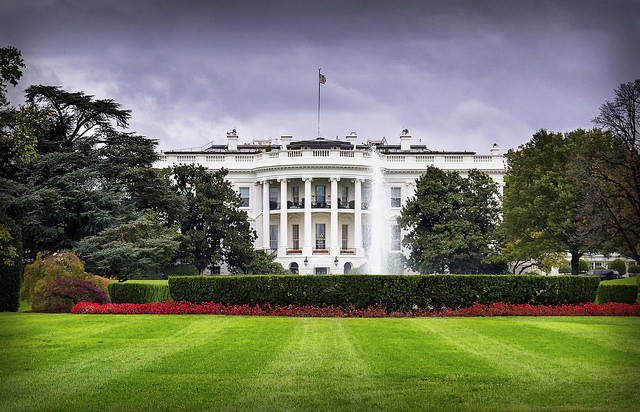 By
By Holly Hughes, photo editing by Amarelle Wenkert

Presidential homesteads offer visitors an opportunity to learn while they have fun and explore. Here are seven homes where giants of history lived; but seeing their surroundings suddenly makes them human. It’s a great way to illustrate to your kids that history is made by real people, just like them. 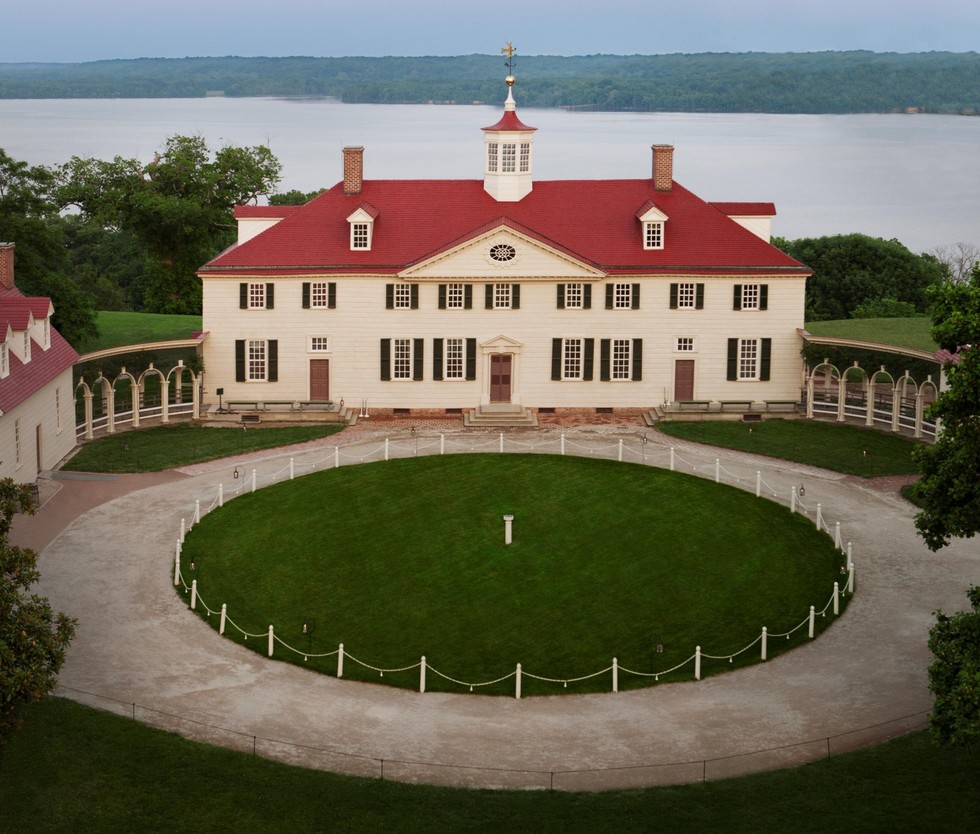 Standing majestically atop a lawn sloping down to the Potomac River, the white columned colonial home of George and Martha Washington is one of America’s most visited shrines. A quick 15 mile drive from Washington, D.C., Mount Vernon is a popular day trip, swarming with tourists every spring and summer, but don’t let this deter you: Mount Vernon reveals the real George Washington. It’s clearly the home of a country gentleman; prosperous but not ostentatious; note motifs of farm tools and grapevines in the big dining room’s plaster moldings. tel. 703/780-2000; www.mountvernon.org. 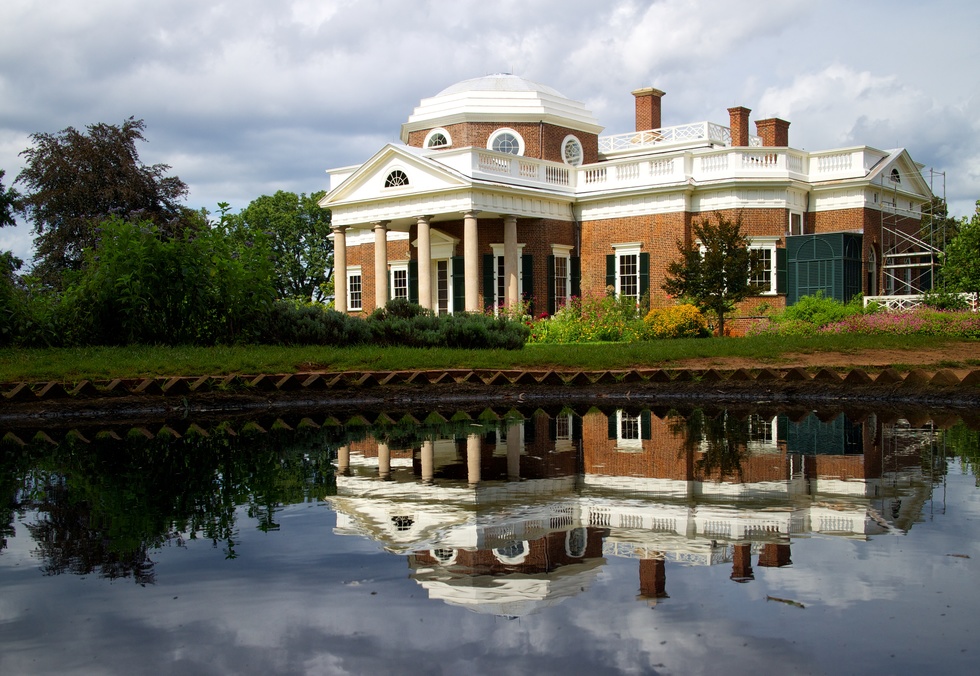 Jefferson wasn’t just a politician, he was a Renaissance man—statesman, agricultural reformer, philosopher, inventor, and last but not least, architect, and his home in Charlottesville, Virginia stands as his crowning architectural achievement. As befit the author of the Declaration of Independence, Jefferson was fiercely anti-British; when be began to design this home in 1769, he rejected the popular Georgian style—derived from British architecture—and went for the 16th-century Italian style of Andrea Palladio. You will instantly recognize its exterior from the back of the U.S. nickel tel. 434/984-9822; www.monticello.org. 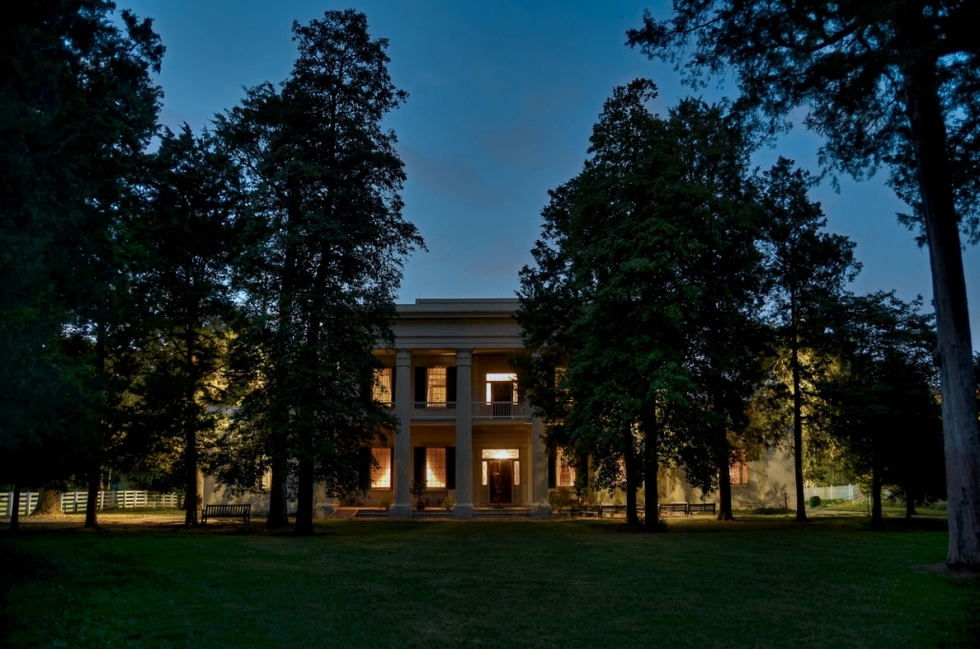 Andrew Jackson's face stares out at us from the $20 bill, a restless looking man with a mane of wild hair and a high cravat. Our first frontier president was a passionate man of the people known who made his home in Nashville, Tennessee. At first the wide verandas and thick white columns of the hermitage look too dignified for a man like Jackson, but then we learned that the neoclassical portico was a later addition; the core is a square, plain eight-room brick house, which replaced a log farmhouse only after Jackson had a war-hero image to burnish. tel. 615/889-2941; www.thehermitage.com. 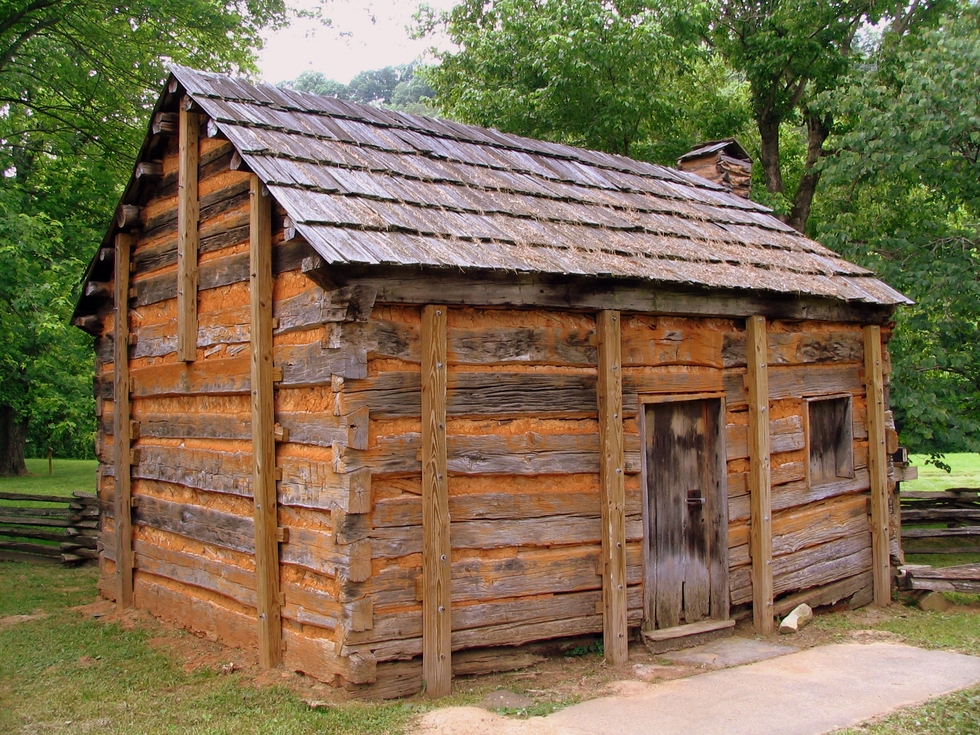 Driving the part of Lincoln trail that covers Lincoln’s early years will allow your kids to discover the backwoods boy behind the great president. The first stop is Hodgenville, Kentucky, at the Lincoln Birthplace National Historic site, where a neoclassical memorial encloses a tiny log cabin, reportedly where Lincoln was born. Lincoln’s humble origins are evident 7 miles north at Lincoln’s Boyhood Home, a reconstruction of the cabin he lived in from ages 2 to 7. Drive 135 miles, and you’ll find yourself in Lincoln City, Indiana—home of The Lincoln Boyhood National Memorial, a living history farm that recreates early 19th century farm life. Abraham Lincoln Birthplace Historical Site: tel. 502/358-3874. Lincoln Boyhood National Memorial: tel. 812/937-4541. 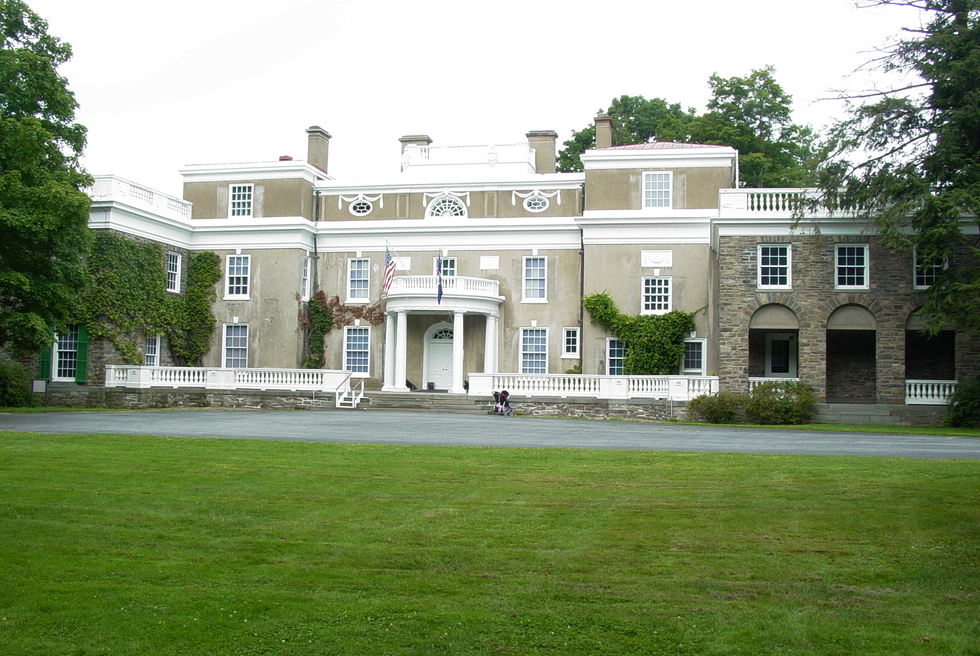 Bob Keefer/Flicker.com
FDR Hyde Park
Franklin D. Roosevelt’s lifelong home, Springwood, was a modest farmhouse when FDR’s father built it. Franklin expanded it in an eclectic Dutch colonial style, giving it an imposing redbrick porticoed facade. He entertained Winston Churchill, King George VI, Queen Elizabeth II of England, and many other dignitaries here. He also designed his own presidential library, the nation’s first. A wooded trail leads from Springwood to their pair of private cottages where FDR and Eleanor could escape the pressures of political life. They are buried in the rose garden on the grounds. tel. 845/229-8144; www.nps.gov/hofr.
advertisement 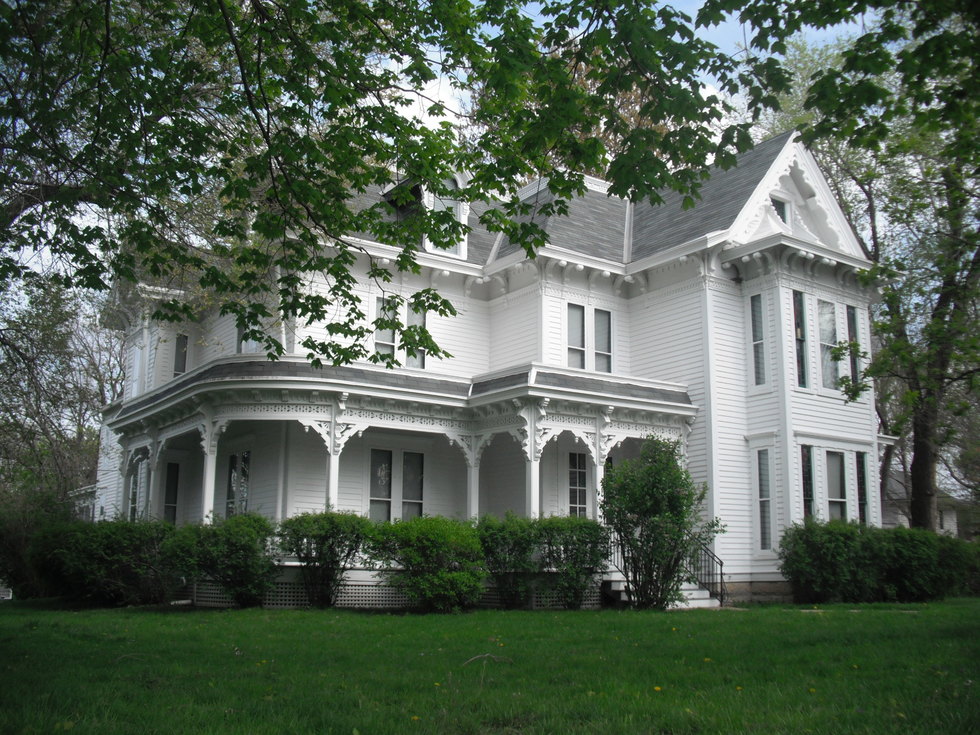 The house that Harry S. Truman shared with Bess in Independence, Missouri is a testament to his reputation as a man of the people. They were small town folks and their summer White House Home was simply Bess’ gabled family home. Inside you’ll see the kitchen where Harry and Bess ate breakfast, and the book lined study that was Truman’s favorite retreat. Get tickets early, because they do sell out—the house can only be seen on a guided tour and are limited to eight people because the rooms are fairly small. tel. 816/254-9929; www.nps.gov/hstr. 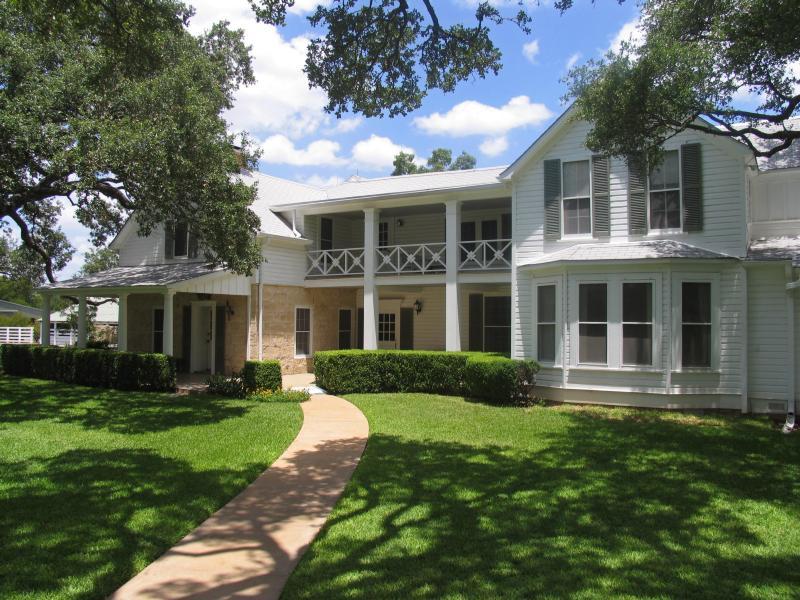 Stonewall, Texas is the site of the sprawling limestone-and-wood ranch house LBJ bought from his aunt and uncle in 1951. Overlooking the Pedernales River, it was the centerpiece of a working ranch (still in operation); it was dubbed the Texas White House in the 1960s when LBJ and his wife, Lady Bird Johnson, came here to escape Washington protocol. World leaders often gathered in lawn chairs under the spreading live oak in the front yard. The Johnsons retired to the ranch in 1969, where 4 years later Johnson died of a heart attack; his gravesite is nearby, in the Johnson family cemetery. tel. 830/868-7128; www.nps.gov/lyjo.