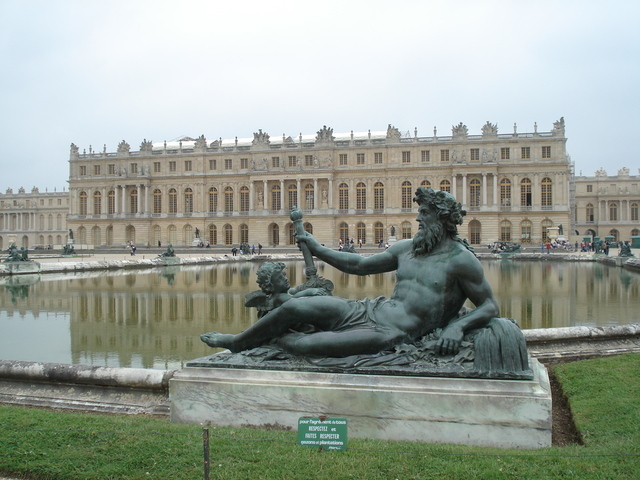 Ten Unique Homes from Around the World

By Matt Higgins
A house can be ornate, simple, large, or small. It can be made of brick and mortar, or it can be made of animal feces. A home is more abstract, and what one considers a home, the place "where the heart is," can be something ordinary like the famous Levittown development in the suburbs of New York City in the 1950s—or it can stand out like the ones in this slideshow.

Some of the homes were built for dwellers; some were restored decades later by fans and preservationists; and some were inspired creations, like any great artistic masterpiece.

Photo Caption: The Le Rhone statue sitting outside of the Palace of Versailles 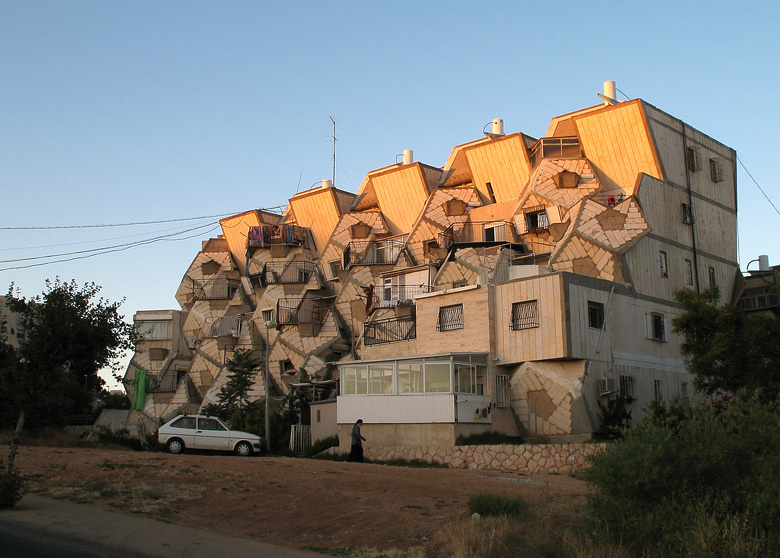 Nehemiah G. Israeli Air Force
Ramot Polin Apartments Jerusalem
After the Israelis gained control of all of Jerusalem at the conclusion of the Six Day War in 1967, Israeli officials commissioned Zvi Heckler to build a housing complex for Orthodox Jews. Heckler was given free rein to design how he saw fit, and the result is an apartment complex in the shape of five fingers that all connect in the center like a hand, but which most observers refer to as a beehive.

The Ramot Polin apartments were completed in 1977 and are about a 40 minute drive from Ben Gurion Airport in Tel Aviv.
advertisement 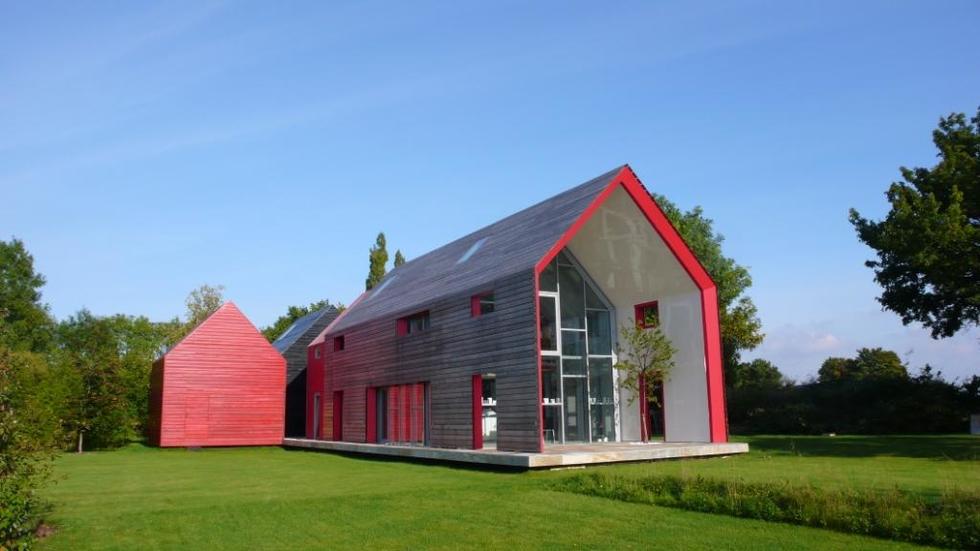 Ross Russell
Sliding House Suffolk, England
Located in Suffolk, England, this home has a glass frame along with a mobile exterior one. This allows the owner Ross Russell and his wife to remove the exterior frame during winter, allowing the sun to warm up the interior like a greenhouse, while during the summer, the exterior frame prevents the sun from heating the interior. The Russells can move the house via remote control, the structure is powered by car batteries, and it moves along a set of rail wheels. Here is a video of it in action featured on HGTV. 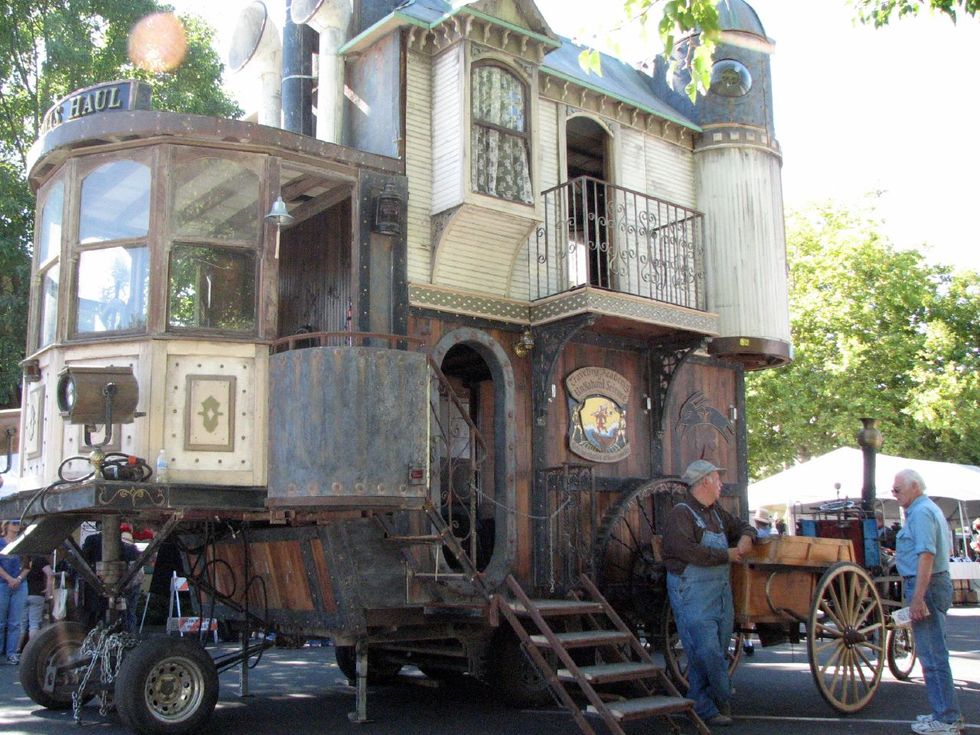 David Barry
Neverwas House Vallejo, Calif.
Combine the Burning Man festival with H.G. Wells' Time Machine and you get this home. Shanon and Kathy O'Hare of Obtainium Works, based in Vallejo, Calif., built this three-story Victorian era house on wheels in 2006 in order to travel through the Black Rock Desert for Burning Man. Honoring the 10 principles of the festival, which include "radical inclusion and self-reliance," the O'Hares "welcome all like minded indivduals who wish to participate in this ongoing endeavor".

If you're not likely to travel to southeastern California for Burning Man, the mobile "party bus" can be rented for events like Burning Man or a wedding reception. 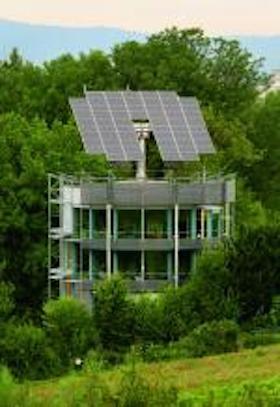 Copyright Rolf Disch Solar Architecture Germany
The Heliotrope House Freiburg im Breisagau, Germany
The Heliotrope House located in Freiburg Im Breisgau Germany, not only uses solar power but also rotates with the sun. In the summertime, the house reverses in the direction of the hot summer sun to allow cooling. According to its architect Rolf Disch, the home is the first of its kind to produce more energy than it consumes. 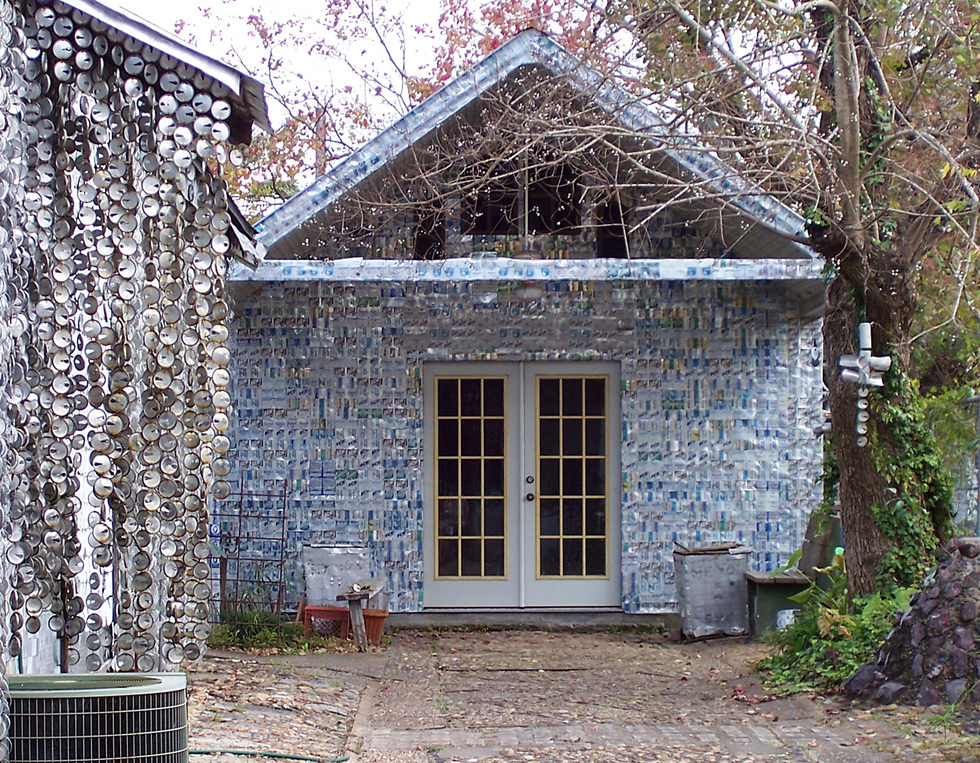 Joanna Poe
Beer Can House Houston
John Milkosovich found an innovative use for empty beer cans. He began constructing a house decorated with, and made up of, them in 1968. Ripley's Believe it or Not! estimated that Milkosovich, a retired Southern Pacific Railroad employee living in Houston, used more than 50,000 beer cans building it. Lest you think John sought to imitate Rembrandt or considered himself part of the postmodern art movement, he once said, "Some peple say this is sculpture, but I didn't go to no expensive school to get these crazy notions."

John and his wife Mary passed away, but the Orange Show Center for Visionary Art now owns The Beer Can House and opens it to visitors. 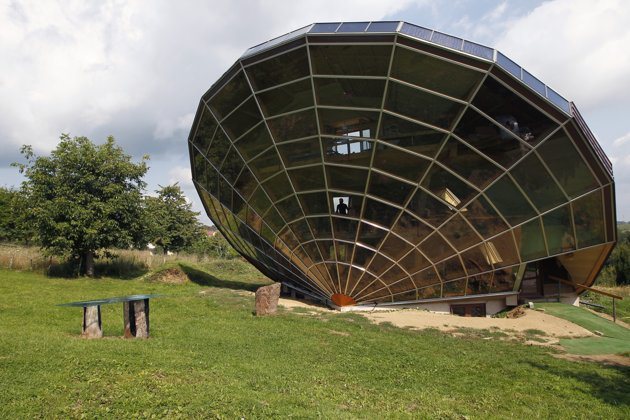 Copyright Real Estate Ryerson
Heliodome Coswiller, France
Like the Heliotrope, the Heliodome is designed to use solar energy, but unlike the Heliotrope, this house does not rotate. Instead, it's angled so that it is shaded during summer when the sun is higher in the sky, while in the winter, the angle allows solar energy from a lower sun. Commonly referred to as the Sundial House, this Eric Wasser-designed home is located in Coswiller, France.

Piotr Panek
Keret House Warsaw
The Keret House, located between two buildings, represents a bridge between the eras of World War II and post-war Warsaw. Architect Jakub Szczesny saw the space between these two buildings and was inspired to build this house that is only 5 feet wide to serve as a memorial to his parents killed in the Holocaust. The house is used as a temporary home for authors. It is a 20 minute tram ride from the center of the city, but if you blink, you will miss it.
advertisement 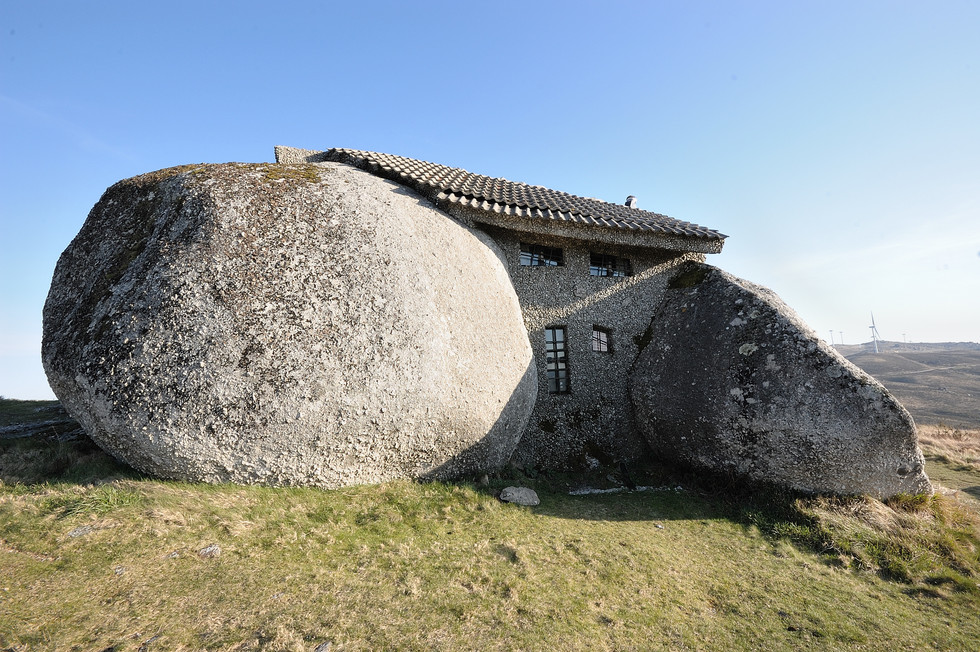 Feliciano Guimaraes
Stone House Fafe, Portugal
Even though the Stone Age ended about 10,000 years ago, the Casa do Penedo or House of Stone resides in the Portuguese countryside. The house is very much a contrast between the 21st century and an age before civilization. Built in 1974 as a retreat for the home owner's family, its popularity has made it impossible for the current owner to espcape civilization. The structure does not have electricity but does have a fireplace and bulletproof windows. 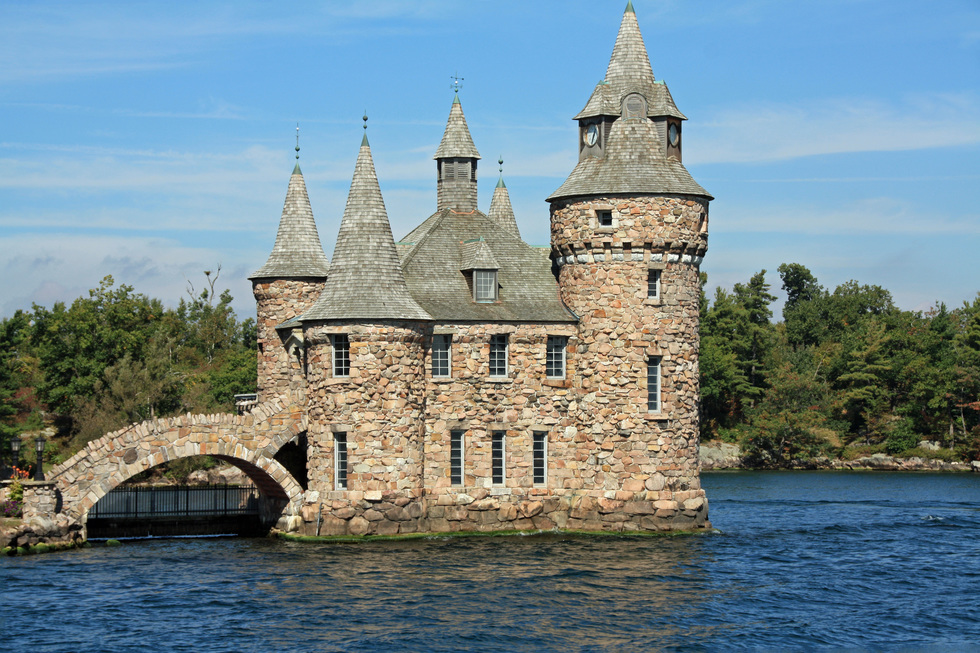 Christine Wagner
Boldt Castle Alexandria Bay, New York
Millionaire George Boldt, proprietor of the Waldorf Astoria Hotel in New York, intended to build this house to honor his wife, Louise, around 1900. Unfortunately, tragedy struck Boldt's beloved in 1904 and construction halted. Since 1977, millions of dollars of donations have helped preserve the property, which now serves as a museum with six separate structures. The Boldt Castle, located on the St Lawrence River near the town of Alexandia Bay, is only accessible by boat from May to October.
advertisement 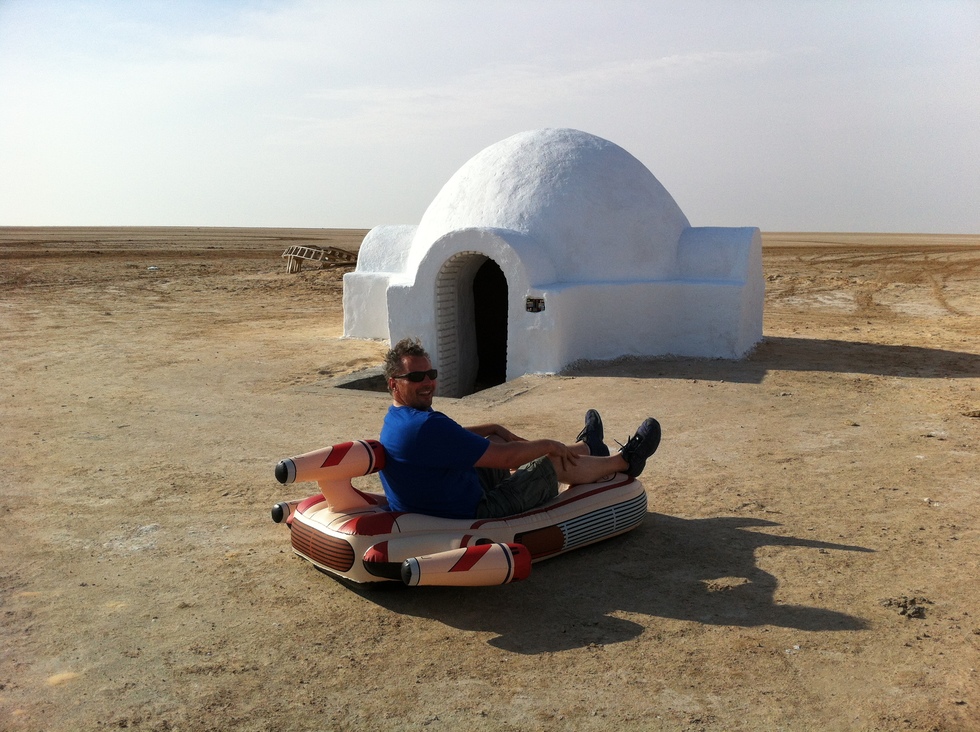 Mark Dermul
Luke Skywalker's home Tozeur, Tunisia
This is the home of Luke Skywalker—or at least the set used for young Skywalker's life on the planet Tatooine in Star Wars. Mark Dermul was the scout who found the film's locations in the desert of Tunisia, which served as the fictional planet in the 1977 film (and is also featured in 2002's Attack of the Clones and 2005's Revenge of the Sith). Today, Dermul is a sometime tour guide for pilgrims who want to see them.

The closest city to the desert location is Tozeur, which is an hour by plane from Tunis.
Arts and Culture
News