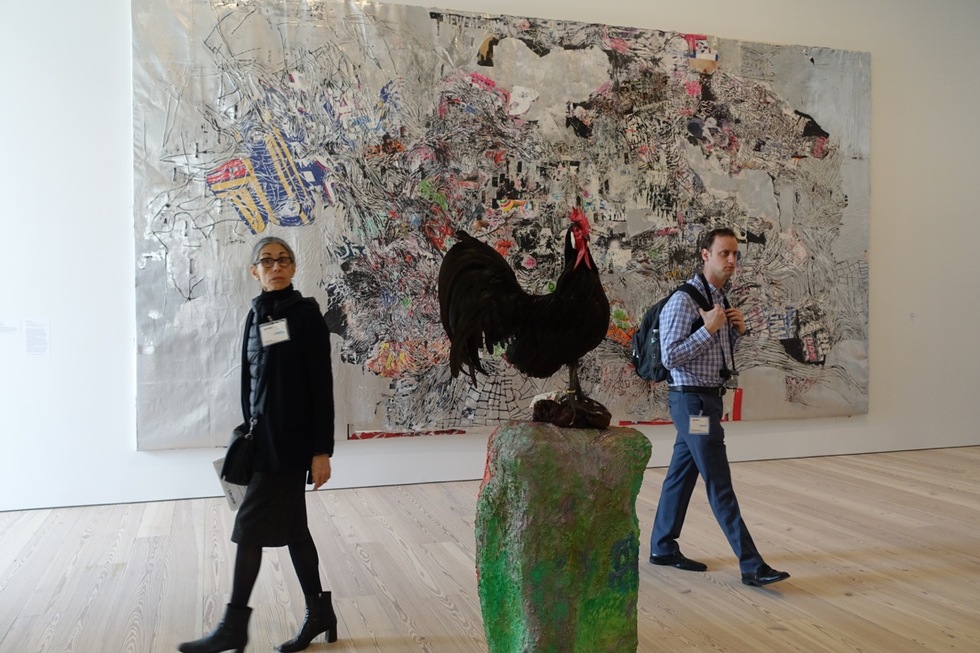 By Pauline Frommer
The Whitney, more than any arts institution of its stature, has made its reputation by making the reputation of now-famous artists. Its celebrated Biennial, which showcases art made in the two years before exhibition, has been a career creator for many now in the canon of American art—everyone from Georgia O’Keeffe to Jackson Pollock to Robert Mapplethorpe. So it only seems appropriate that this notable bellwether should create its new home in New York City’s revitalized, and hipper-than-thou, Meatpacking District. Yes, this is where the cool kids are hanging, and so is the Whitney.

I had the pleasure of visiting the splashy new museum on its press preview day, April 24, 2015. Here’s what you’ll experience if you go there (and you should). 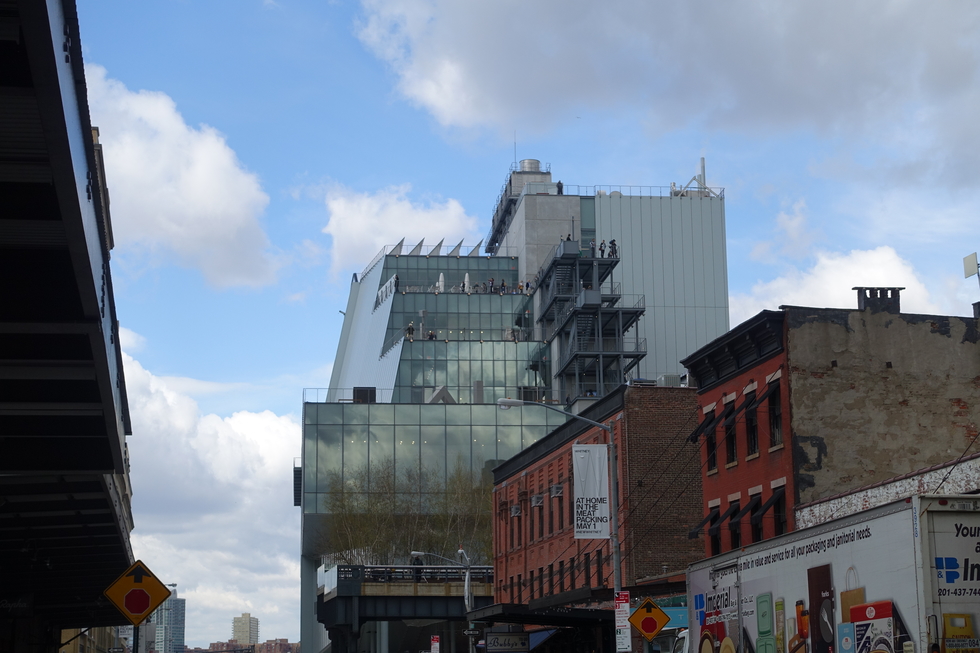 Pauline Frommer
Renzo Piano’s Most Self-Effacing Building Yet
A glass and concrete set of cubes, broken up with a glass ziggurat at the top: To my mind, that sums up the somewhat pedestrian look of the new Whitney Museum.

But that’s not totally a diss. What makes the museum notable is less its aesthetics than its usability. "We don’t know what artists will be doing in 2020, let alone farther into the future," one curator explained to me. "So we wanted a museum with maximum flexibility."

And that’s what the Whitney got, with interior galleries and a theater that can be reconfigured in a mind-boggling variety of ways. The top floor has a levered ceiling that can be opened to the sky at will. The fifth floor, at 18,000-square-feet, is the largest column-free gallery in New York City, and none of its walls are permanent, meaning it will have a different look with each exhibit. The theater, too, has no permanently anchored seats, ensuring lots of creative usage. Most importantly, artists will be given free reign to drill into the walls and floors, hang stuff from the ceilings and pretty much use the space any way they want.

For the museum-goer, all this should mean a remarkably fresh experience with each visit.
advertisement 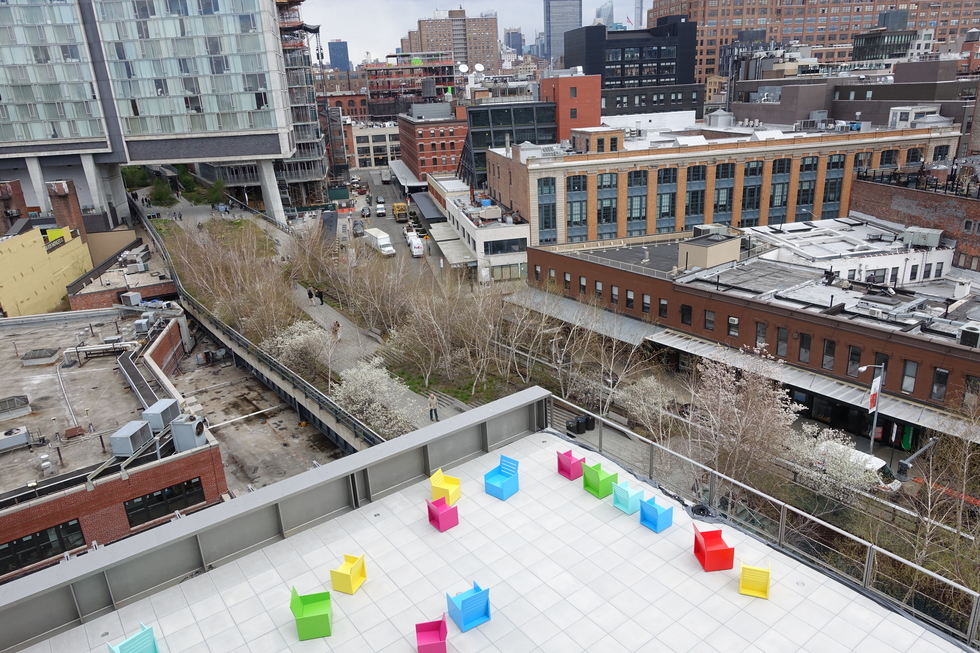 Pauline Frommer
Views, views and more views
While the Whitney's former space, created by Marcel Breuer, is still regarded as an iconic work of architecture, it was notably insular (some might say claustrophobic), with few windows or other ties to its surroundings. The new Whitney takes the opposite tack, features wall-to-ceiling windows and numerous terraces, the better to let the city in to interact with the art.

The views are scintillating! Some sides of the building look down at the High Line Park and the streets of the Meatpacking District and Greenwich Village; others look out to the Hudson River; while still others take in the Empire State Building and midtown Manhattan.

By the way, the chairs on this terrace overlooking the High Line (pictured) are an art installation called Rainbow. 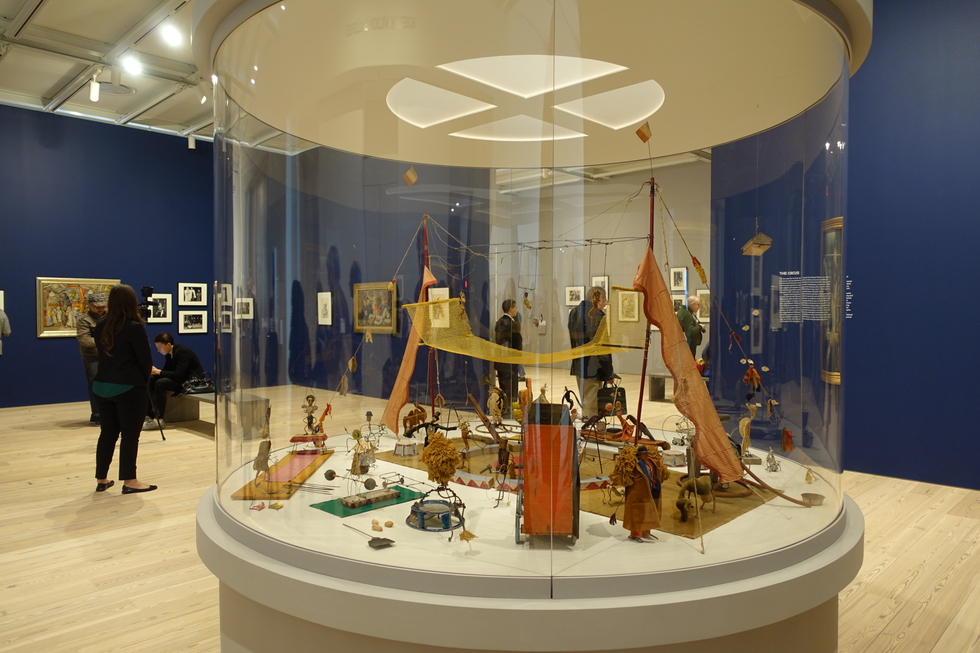 Pauline Frommer
More Art
The Whitney has more than doubled it exhibition space to more than 50,000 square feet. That will allow the museum to always have its star pieces on view (the only exceptions will be when they need to be taken off the floor for conversation). Floors 5 and 6 will be always devoted to the Whitney’s permanent collection, which includes such dazzlers as Alexander Calder’s Circus (pictured here; there’s a video nearby of the artist doing a performance with the little sculptures); the most famous—and deliciously bleak—works of Edward Hopper; and oeuvre-topping pieces by Georgia O’Keeffe, Willem de Kooning, and Nan Goldin.
advertisement 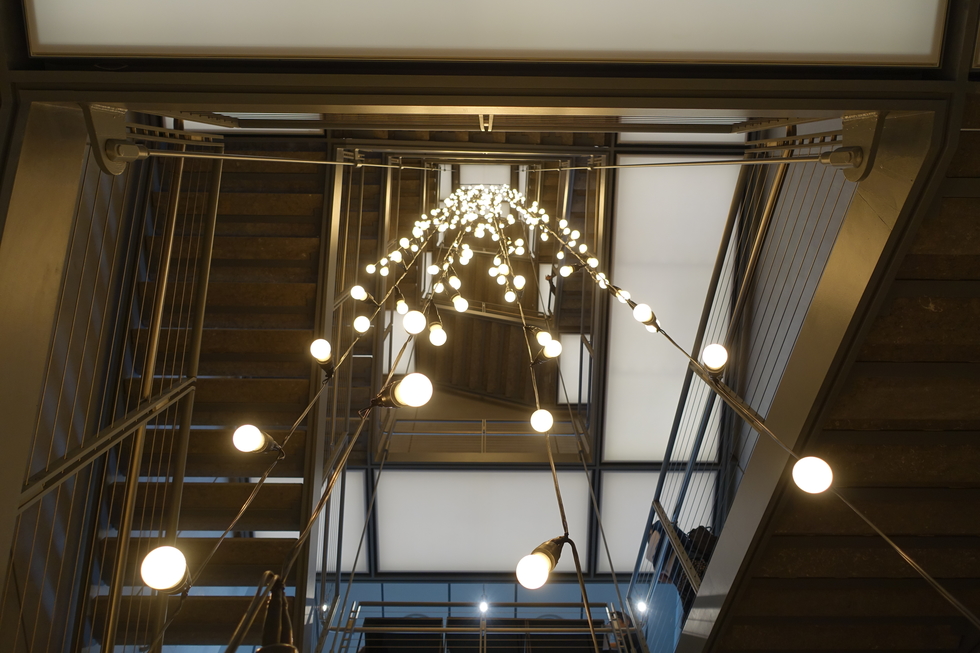 Pauline Frommer
Art everywhere
Even the paintings in the elevator and the massive light sculpture in the stairwell (pictured) were created by noted artists. 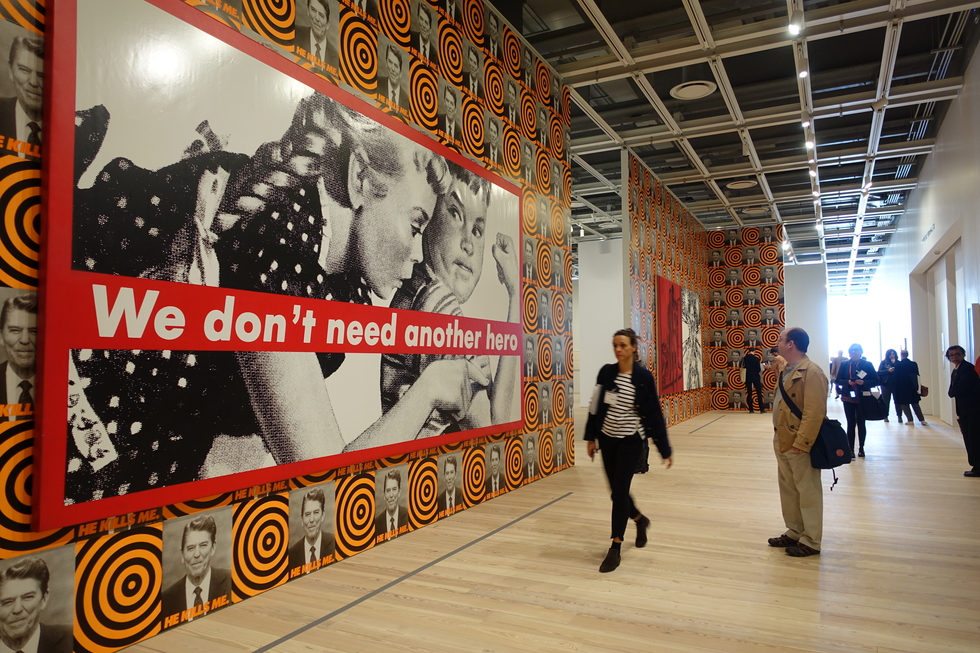 Pauline Frommer
In Your Face Art
The curators at the Whitney don’t shy away from explicitly sexual pieces or art that comments on political and social trends and events. Some of the works in the current exhibition take a biting view of such controversial topics as President Ronald Reagan’s refusal to acknowledge the AIDS crisis (pictured), the necessity of the war in Iraq, and rampant American consumerism, among other topics.
advertisement 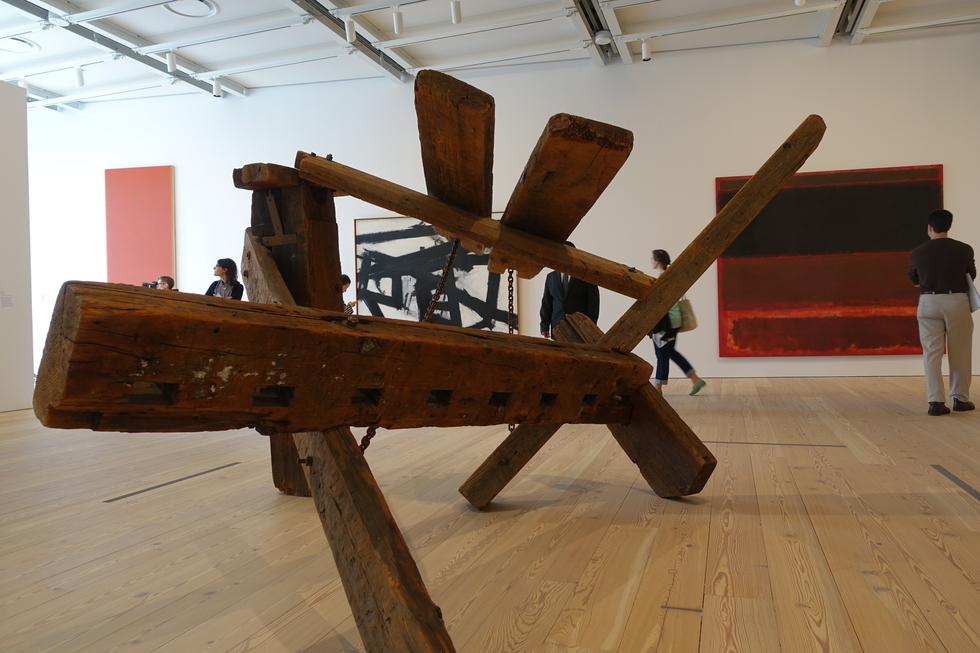 Pauline Frommer
A Broader Mandate
Though the Whitney was founded as a museum devoted solely to American art, current curators are taking a broader view of what that means. "We’re now including many artists who weren’t born in the United States or who weren’t citizens when they made the art here," said Dana Miller, the chief curator of the permanent collection. "But we still feel that their works are uniquely American and therefore should be shown at the Whitney." 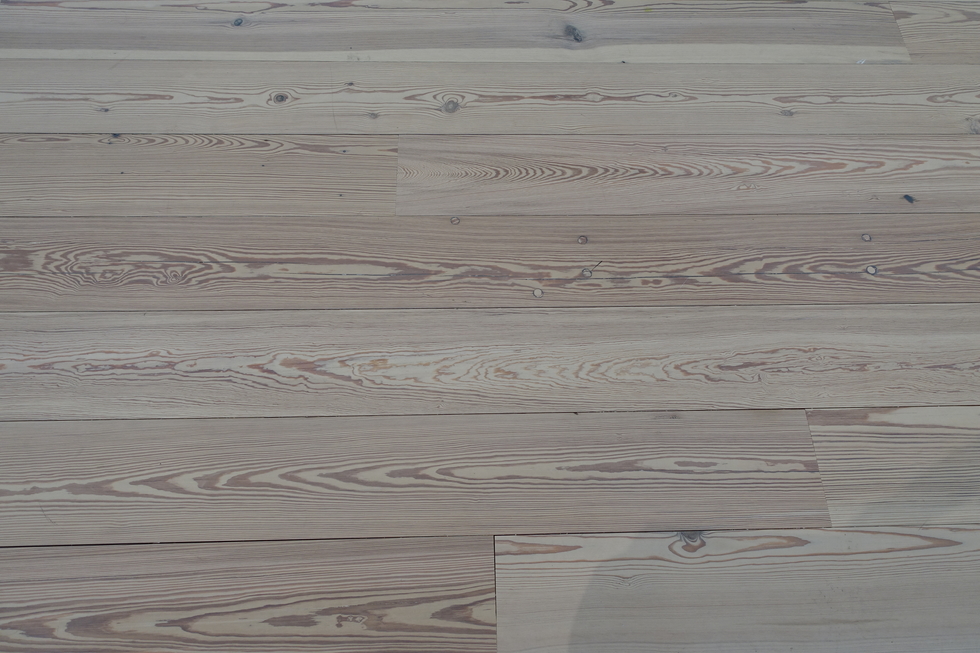 The Whitney is seeking LEED certification. To that end, the floors are made of reclaimed oak and green heating and cooling techniques are being used. 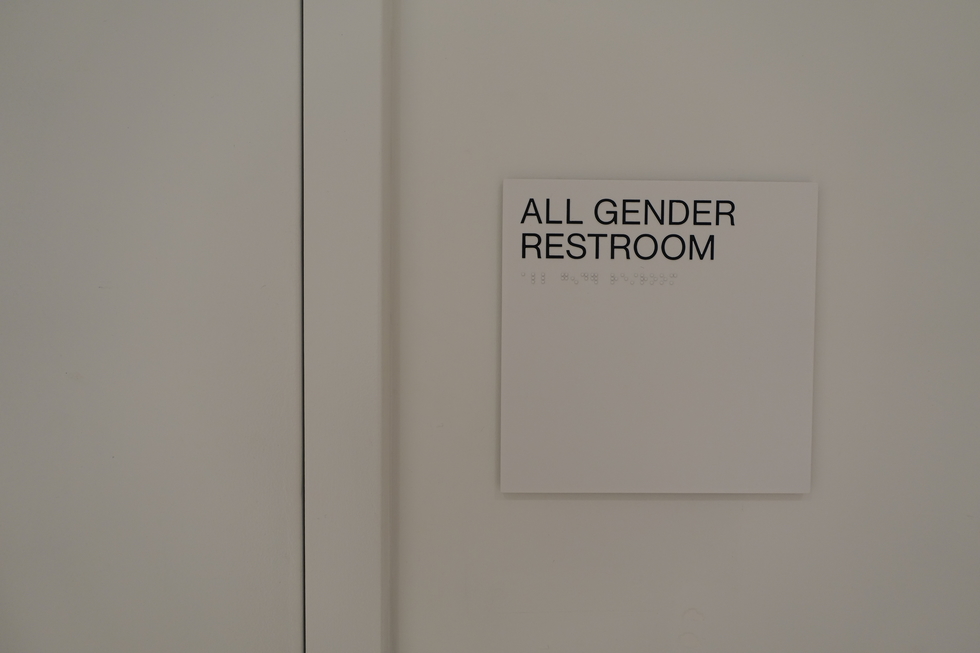 Pauline Frommer
A Welcoming Attitude
Yes, along with ladies' rooms and mens' rooms are bathrooms for those who'd rather not be defined by those designations. 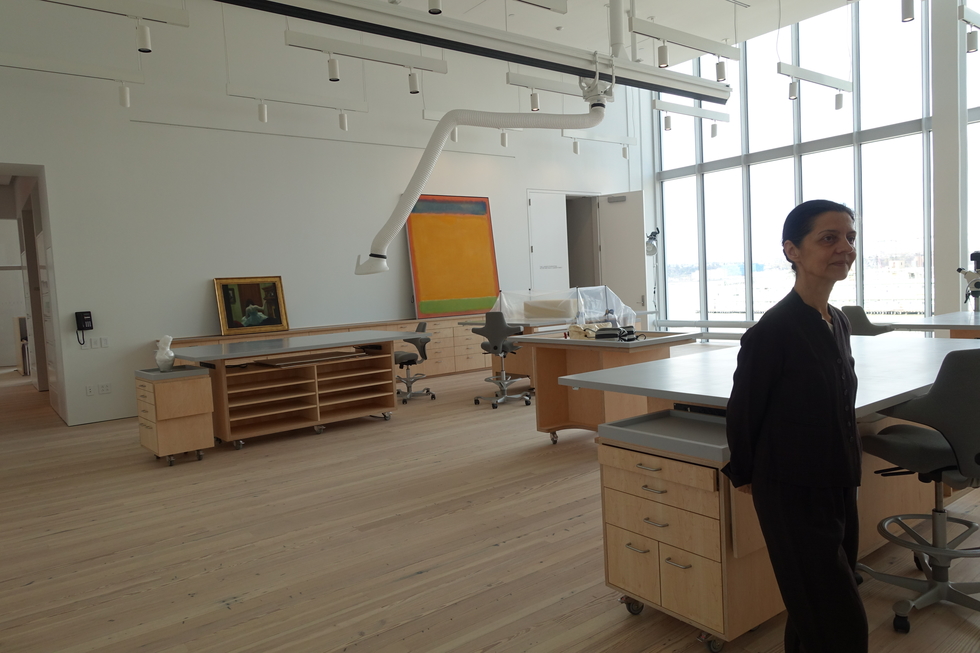 Pauline Frommer
A Center for Conservation
For the first time, the Whitney will have enough space to do the necessary conservation work on its holdings. The big tubes you see in this photo are vacuum vents to suck away the toxic chemicals used during restorations thus keeping the work space safe. Also in the room are microscopes, massive and moveable lights, and other state-of-the-art restoration equipment. Alas, this area won’t be open to visitors.
advertisement 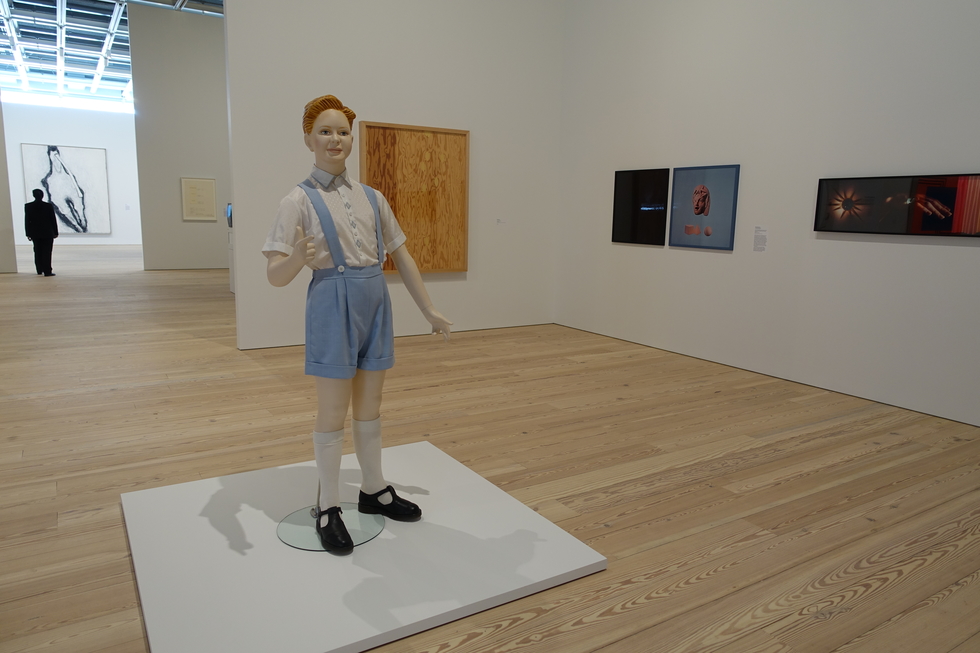 Pauline Frommer
Items That Have Already Been Conserved
I should note that the conservationists have already been hard at work in preparation for the opening. This sculpture's pants were falling down due to the disintegration of their elastic waistband. As you can see, his bottom half has now been fixed. 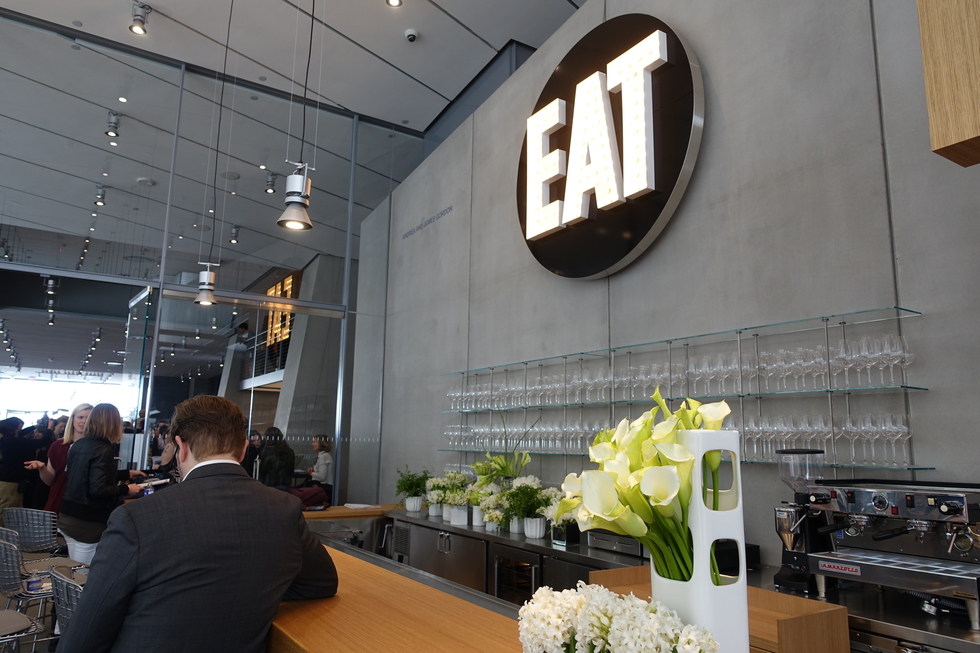 Pauline Frommer
A More Comfortable Visitor Experience
To encourage visitors to linger longer, the museum has put into place a number of potent creature comforts. These include reclaimed oak floors that are sprung on "sleepers" to make them more comfortable to tread; lots of natural light; and two eating areas (a restaurant on the ground-floor and a café on the top) helmed by Danny Meyer, one of New York City’s most beloved restaurateurs.
advertisement 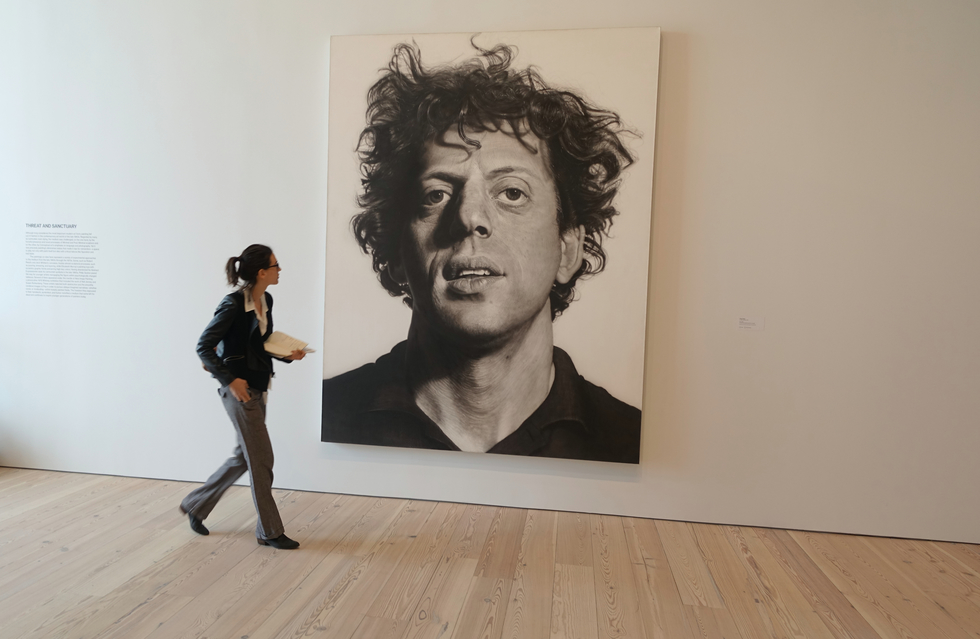 Pauline Frommer
If You Go
The new Whitney's inaugural exhibit was "America Is Hard to See," a whirlwind retrospective of the permanent collection that gathers together some 600 items, which closed on September 27, 2015. The museum entry fee is now $25 for adults, $18 for seniors and students, and free for those under 18. It's open Mondays, Wednesdays, Thursdays, and Sundays from 10:30am to 6pm, and Friday and Saturday from 10:30am to 10pm. Read our full review by clicking here.
Arts and Culture
advertisement
advertisement