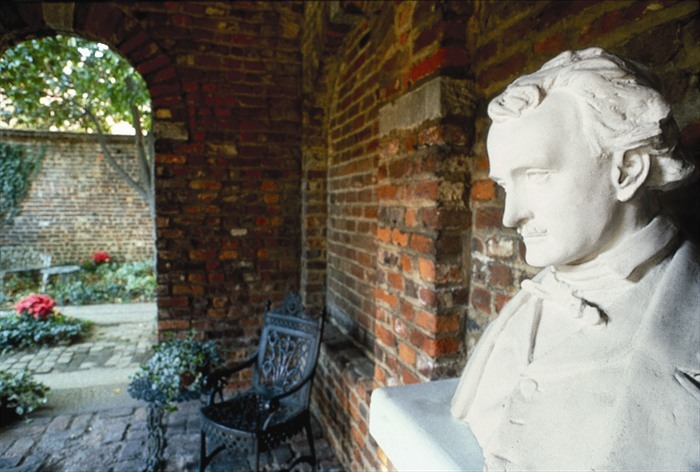 By Gretchen Kelly
Richmond, Virginia, still feels haunted by the spirit of one of America's greatest and most misunderstood poets and horror writers, Edgar Allan Poe (1809–1849).  Although Poe was born in Boston and lived in various places including New York's Bronx, he was brought up a Virginian in pre-war Richmond. The son of an actress and a runaway father, Poe was adopted by the well-to-do Allan family who cared for him but whose middle class sensibilities were at odds with his rebelliousness.

Poe lovers can spend days wandering through Richmond's historic neighborhoods, many of which still seem to exude a Poe-period charm—cobblestoned streets and wooden porches. Start your Poe pilgrimage with a visit to the Edgar Allan Poe Museum, then travel back in time with Edgar to find the raven's roots throughout Richmond—a town where the spirts of the past are ever-present and where an ageless Southern sensuality, beloved of the poet who was a bit of a dandy himself, holds sway. 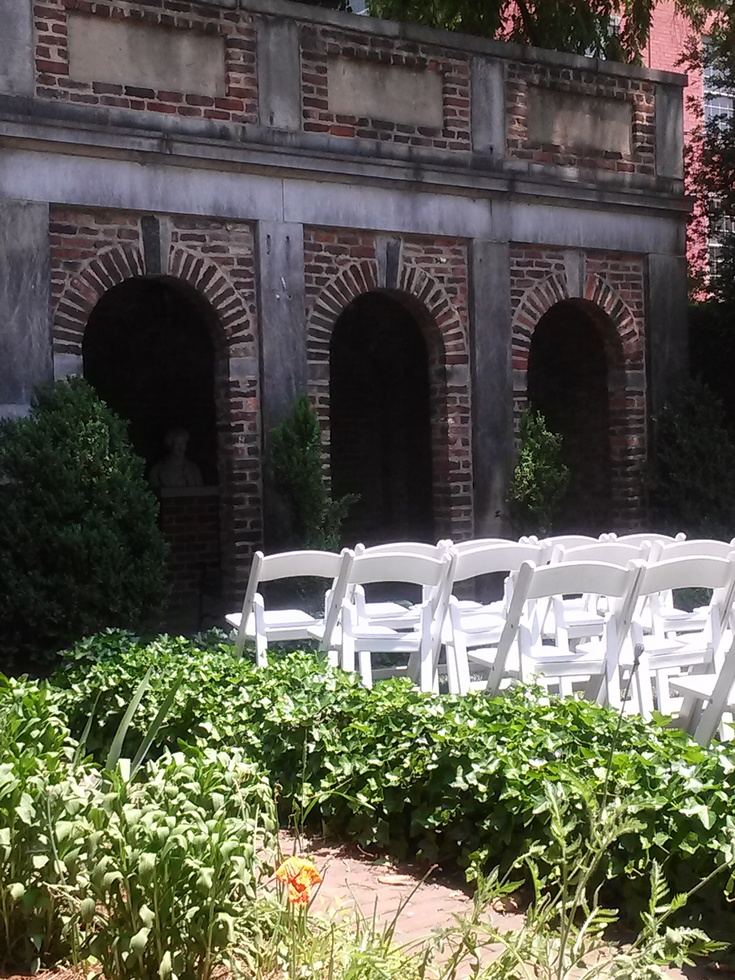 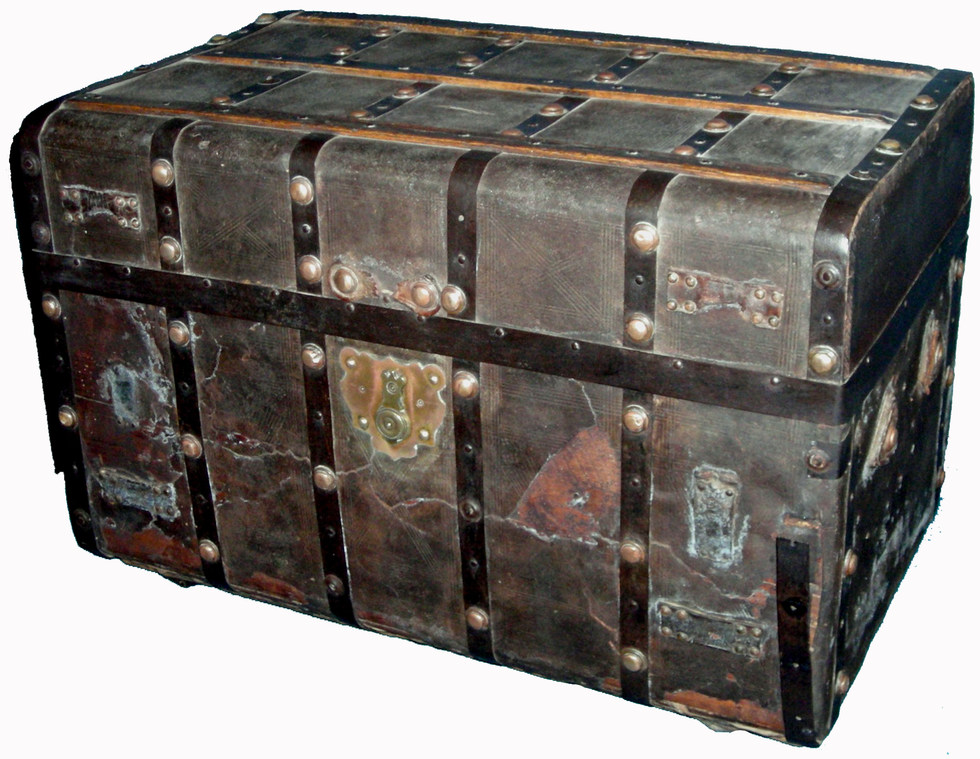 Poe's Personal Trunk
This trunk, which is also on view at the museum, was one of the only possessions Poe had when he was discovered wandering the streets of Baltimore, near death. The enduring mystery of how and why the poet died is explored at the affordable ($6) Edgar Allan Poe Museum, open year round. 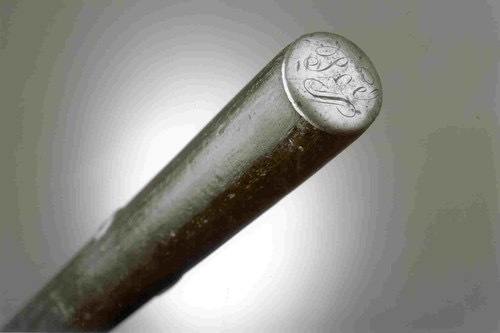 Courtesy of the Edgar Allan Poe Museum, Richmond, Virginia.
Poe's Walking Stick
Poe was considered a dandy in his day and was proud of his elegant appearance. The museum conserves his silver-topped, engraved walking stick—its end conceals a small sword. 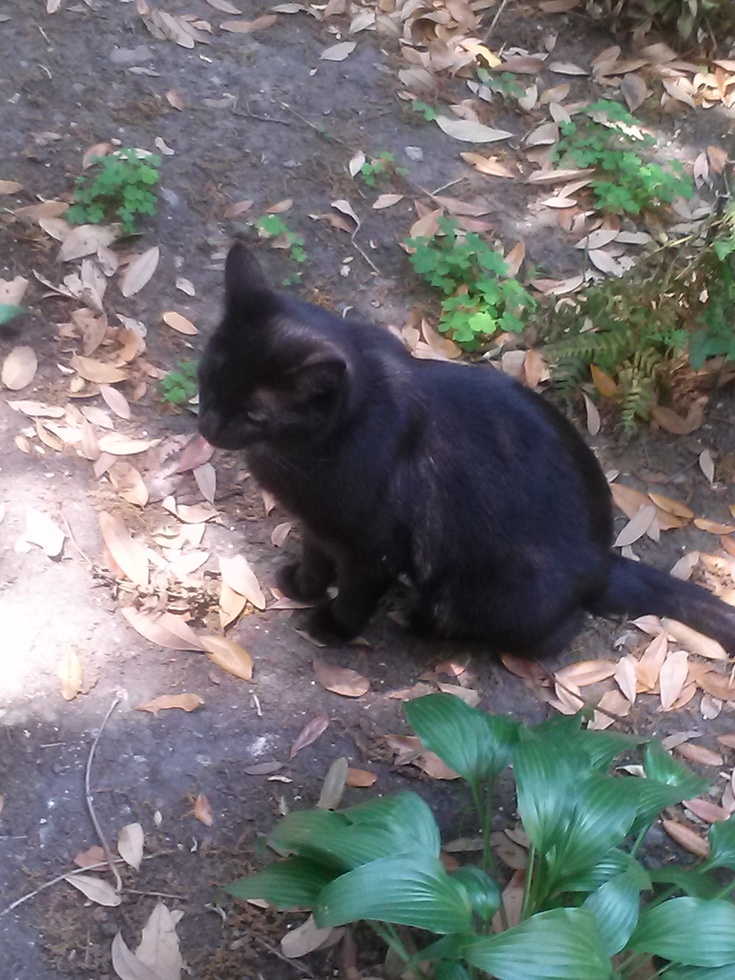 Gretchen Kelly
Pluto and Edgar
Look arounjd for Pluto, one of two museum cats (the other is named Edgar, of course), who was named after the Black Cat in the Poe story of the same name. Pluto and Edgar were found as strays but are now cared for by museum staff—and loved by museum goers—year-round. 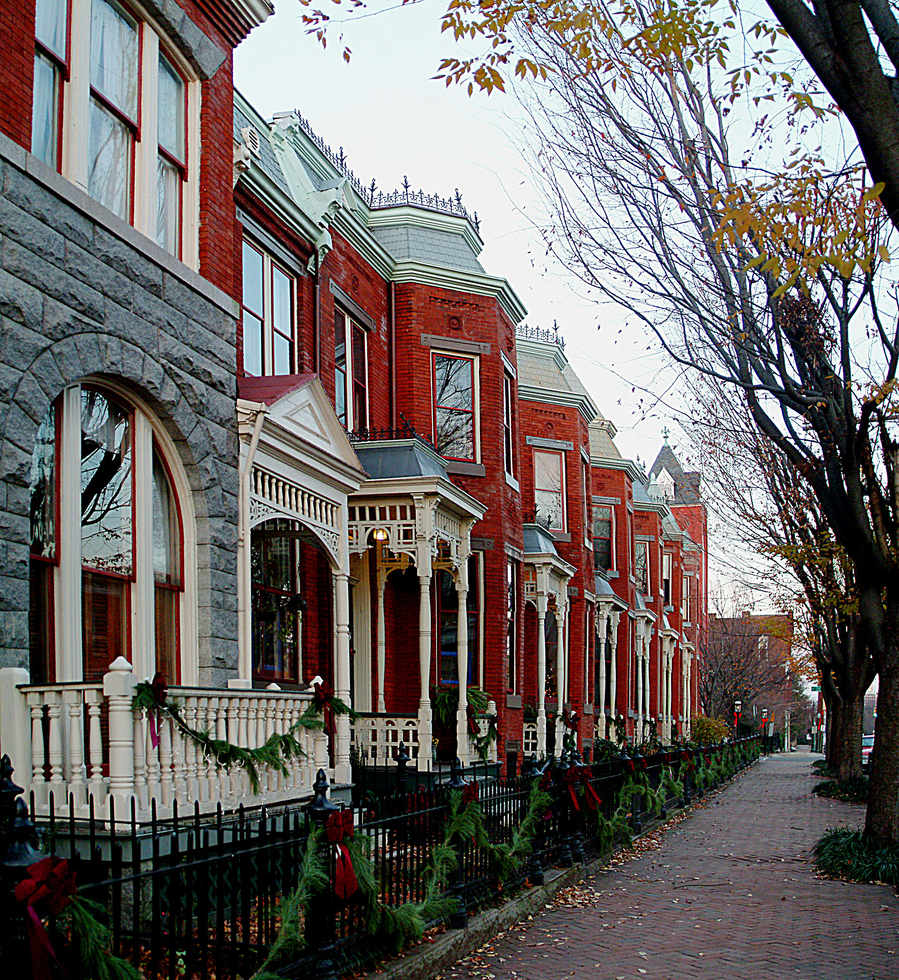 Visit Richmond
Church Hill
Church Hill is Richmond's oldest residential neighborhood, dating to Poe's lifetime. Wooden porches entwine with ancient tree branches and groomed shrubs still flower, just as they did in his day. The Virginia Convention was held at Church Hill's St. John's Church in 1775, and it's where Patrick Henry delivered his iconic "Give Me Liberty or Give Me Death" speech that helped bring about the American Revolution. 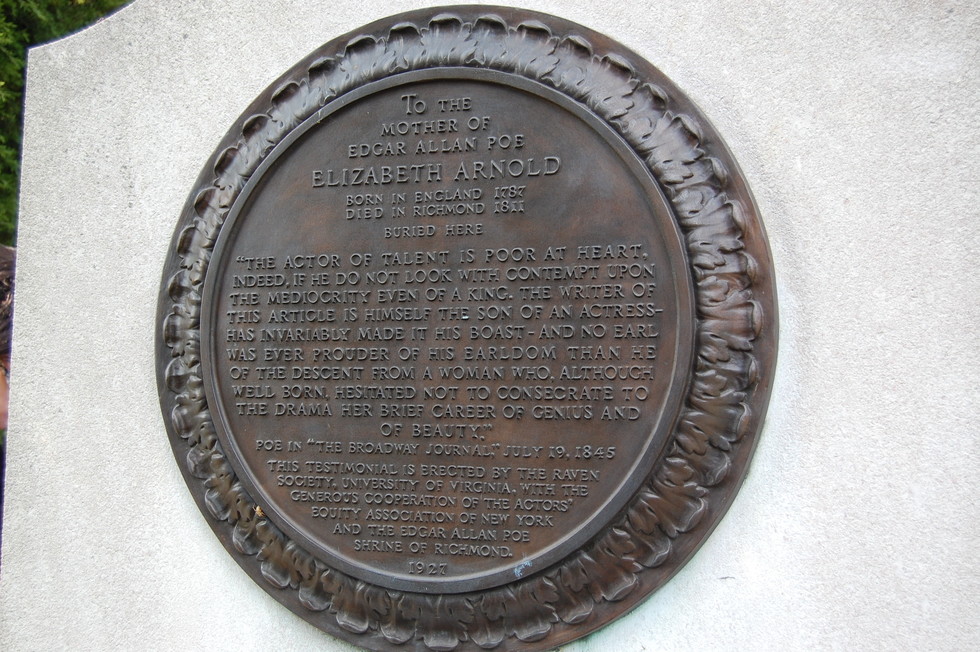 Visit Richmond
St. John's Churchyard
Poe's mother is buried in the churchyard of St. John's in Church Hill at the corner of 24th and East Broad, eight blocks from the Poe Museum. Her grave is on the east wall of the yard—a brick path leading the way for Poe pilgrims. Poe's mother, an actress, was popular and lovely, but she died of tuberculosis when Edgar was barely out of infancy. Her grave can be visited for free, and tours of the church and cemetery are also available.

Across the street is the home of Poe's last fiancée, Elmira Shelton, at 2407 East Grace Street (a private house). She and Poe came together and broke up several times during their lives. The Greek Revival home looks very much the way it did when Poe came to call. 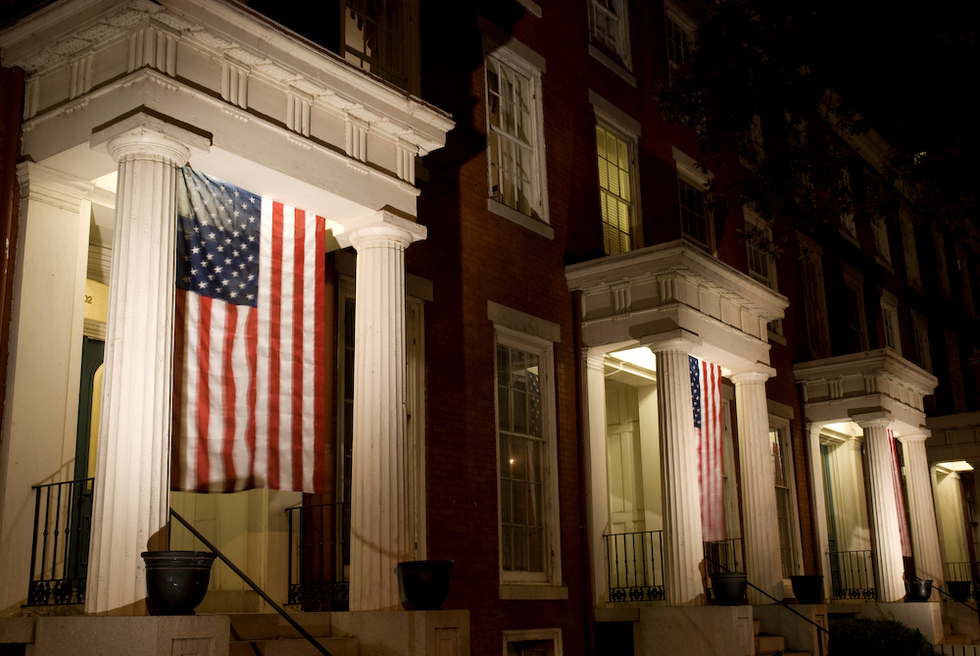 Visit Richmond
The Linden Row Inn
The Linden Row Inn at the northeast corner of First and Franklin Streets was once a walled garden belonging to Charles Ellis, a business parter of John Allan (Poe's foster father). Chris Sempter, curator of The Poe Museum, says, "The Allans lived with the Ellises for about a year, and Poe would have gotten to know the garden very well." When Poe courted Elmira Royster as a youth, her father disapproved of him, so Edgar and Elmira escaped to the privacy of the walled garden for their meetings. Their engagement was broken when her father intercepted Poe’s letters to her from the University of Virginia. Instead, Elmira married the businessman Alexander Shelton, but after his death, she renewed her engagement with Poe after twenty-three years. This time, though, her children objected, and they never wed. The Linden Row is still a working inn and a great place for Poe fans to stay while immersing themselves in the poet's home town. 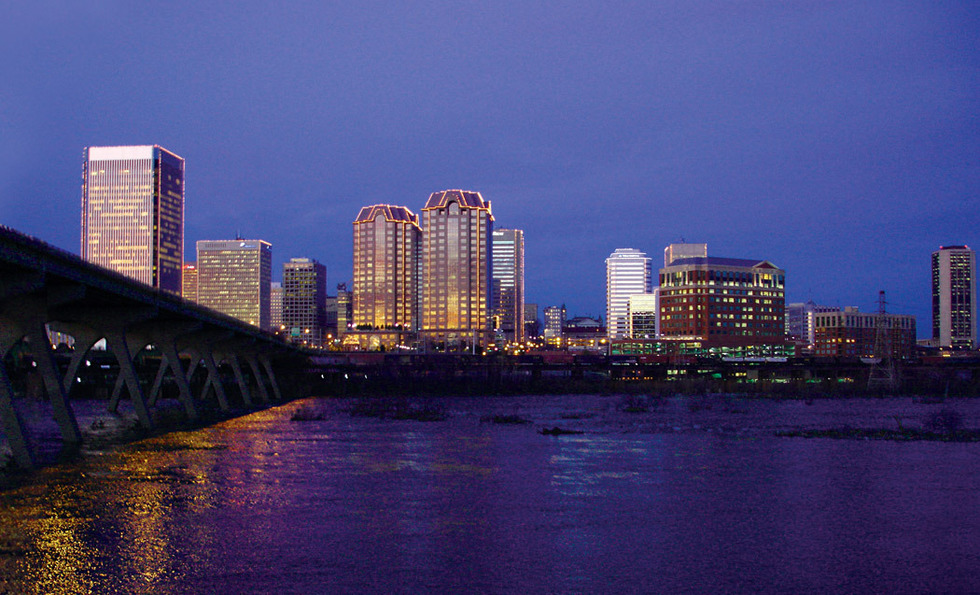 Visit Richmond
James Riverside
The James River is the site of a 550-acre public park where you can walk, ride, and paddle your way around Richmond. Poe was an athlete and a swimmer in his youth and when he was 15 years old, he swam seven miles upsteam in the James, a feat we don't recommend trying to repeat—lest you wish to swim again nevermore. 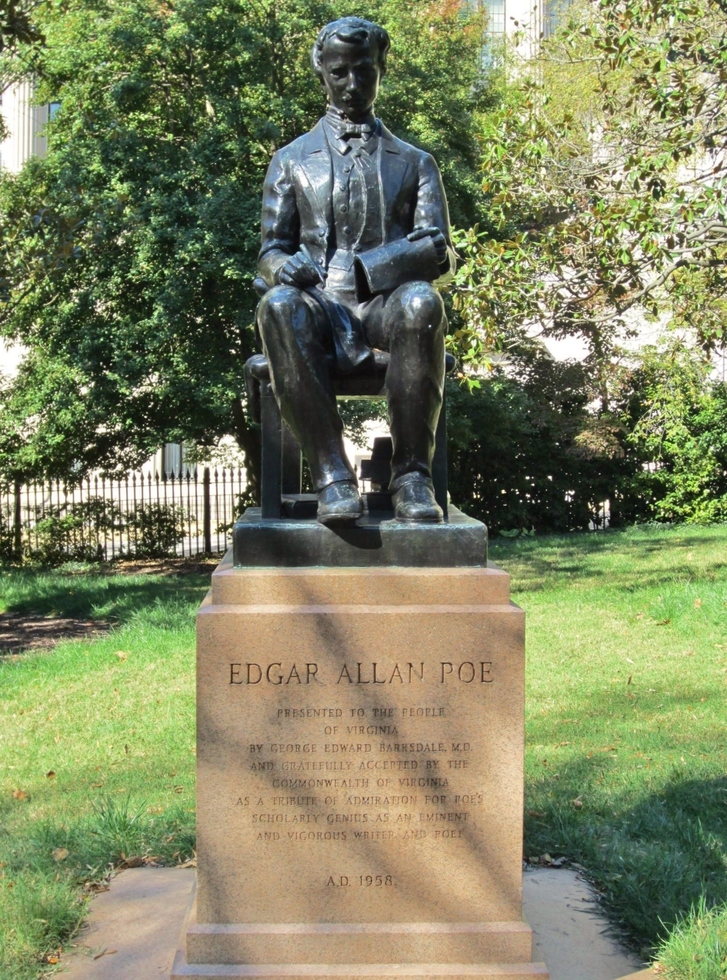 Visit Richmond
Poe's Statue in Capitol Square
Poe's statue sits pensively south of Monumental Church in Capitol Square, near the northeast corner of Ninth and Bank streets. The bronze statue was sculpted in 1956 by Charles Rudy, and although he had been legendary for a century, it was the first full-length statue of Poe in Virginia. The statue stands across the street from the site of the Stanard House, the onetime home of Jane Stith Craig Stanard, the inspiration for his poem "The Helen." Poe was quite a ladies' man, and any Poe walking tour of Richmond includes plenty of places connected with his many loves. 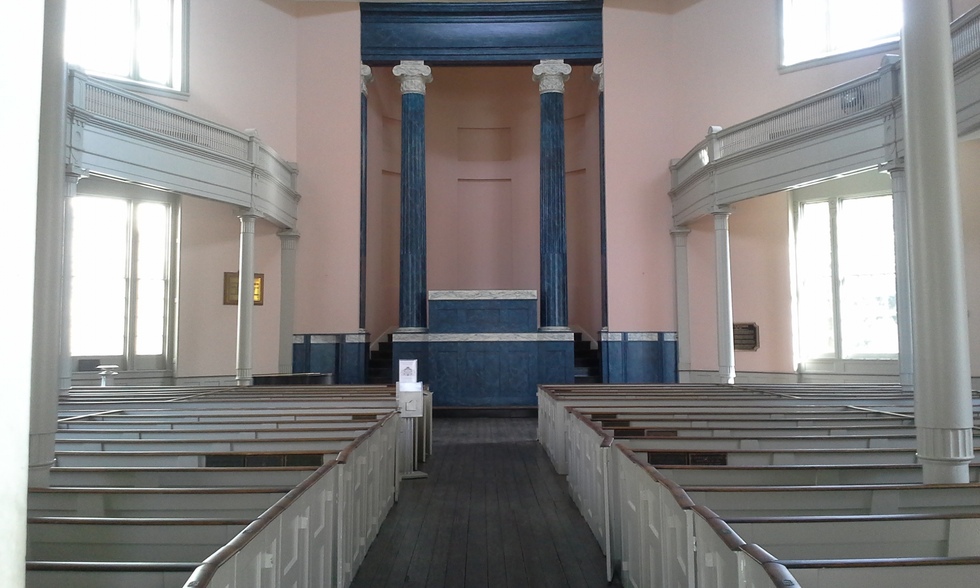 Historic Richmond
The Monumental Church
Richmond's Monumental Church still stands on East Broad Street between 12th and College Streets. The building was designed as a tomb for the seventy-two victims of the 1811 Richmond Theatre fire—only ashes remained of them, which were enclosed in a brick vault. Poe’s mother had performed at the theater, and the building burned just a couple of weeks after her death in December 1811. Poe’s foster parents, John and Frances Allan, owned pew #80 (there's a plaque on the pew), and Edgar and Frances worshipped there every Sunday during his childhood. The spare but lovely interior and the classical exterior were designed by Thomas Jefferson’s only architectural student, Robert Mills. Mills also designed the Washington Monument in Washington D.C. The church had an active congregation until 1965 and is now owned and maintained by the Historic Richmond Foundation. 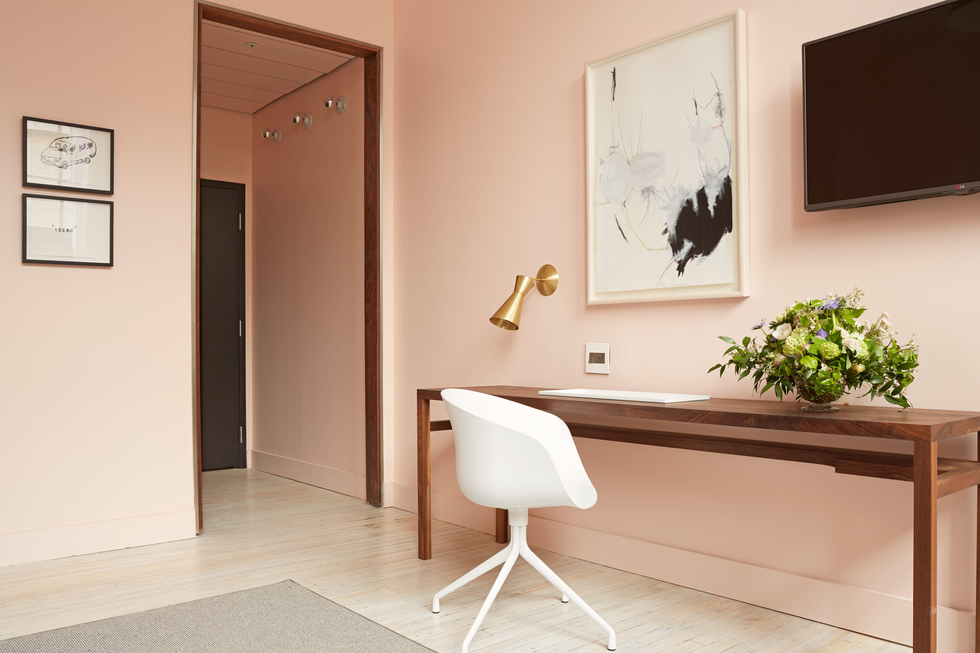 Quirk Hotel
The Quirk Hotel
The building housing the new boutique Quirk Hotel was built in 1916 for the J.B. Mosby and Co. dry goods store, but its owners say that before that store was built, Edgar Allan Poe lived for a time in a rooming house on the same spot. 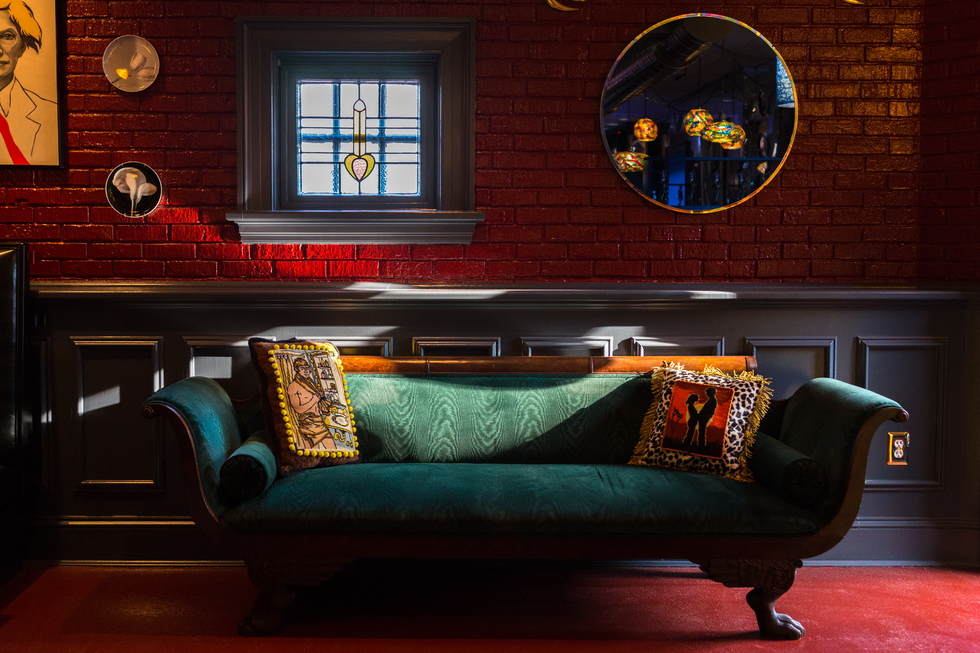 Patrick Phelan
Absinthe Friends
All of the restaurants Poe frequented are gone, but you can still find a few that approximate 19th-century gastronomy. Chef David Shannon's L'Opossum restaurant in Richmond's Oregon Hill district feels like an old absinthe house out of time—décor is a mélange of antebellum and 1970s bric-a-brac. What would Poe order? Oysters were as common as potato chips then, so the Chapel Creek Oysters Rock in a Green Fairy Fog of Absinthe Mist ($12) of course, washed down with a "Full Moon Against the Glass" of Belle Isle Moonshine, Zaya Rum, Creme Yvette and Chocolate Bitters. Everything at L'Opossum feels slightly over the top (except its prices—quite reasonable for quality Continental-inspired cuisine)—but in a chartreuse-tinted way that Edgar would have loved. We do not recommend imbibing as much as Poe could, though.
Arts and Culture
Local Experiences
Road Trips