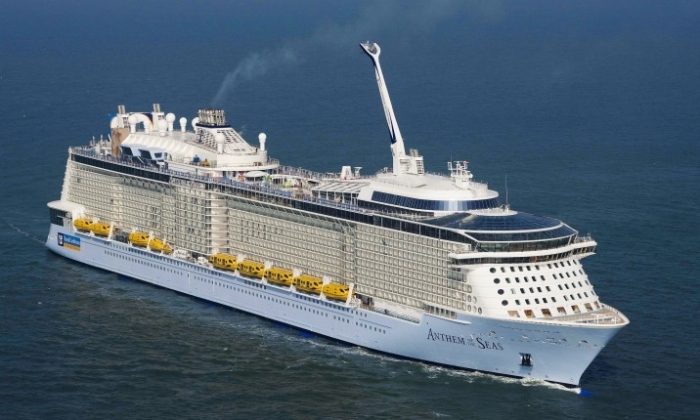 Royal Caribbean's Anthem of the Seas: A Photo Tour

By
By Melissa Klurman
Royal Caribbean's newest ship, Anthem of the Seas, is full of high-tech bells and whistles that use technology to bring cutting-edge design to the high seas. Among the highlights: Robot bartenders, interactive art. RFID wristbands, and the Two70 futuristic theater. There's even a drone to take your portrait plus bumper cars, rollerskating, FlowRider surfing, iFLY RipCord simulated skydiving, and dining everywhere from a food truck to an upscale steak house.

If some of this sounds familiar, it is, since the Anthem is the sister ship of Quantum of the Seas, which debuted last year. Although the ships are spitting images of one another, Anthem is slightly sleeker and a little smarter, finessing the technology and look for a 2.0 version of the Quantum-class ship. We rounded up everything on board that's worth a second look so you can decide for yourself if this sleek modern ship is your cruise of the future.

It's also got the fastest internet at sea.

First on Anthem of the Seas: 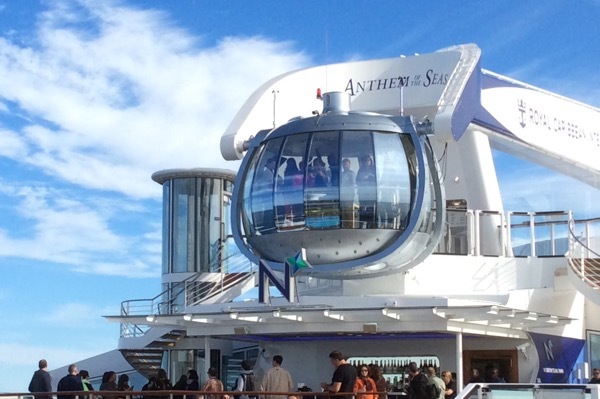 Melissa Klurman
North Star
For unparalleled views of the ocean in addition to New York City, Anthem's first home port, the eye in the sky of North Star is hard to beat. It’s a quick 10-minute tour that even the most-ride phobic should be able to tolerate. Our glass pod included a self-professed claustrophic and another with a fear of heights—both enjoyed the ride. 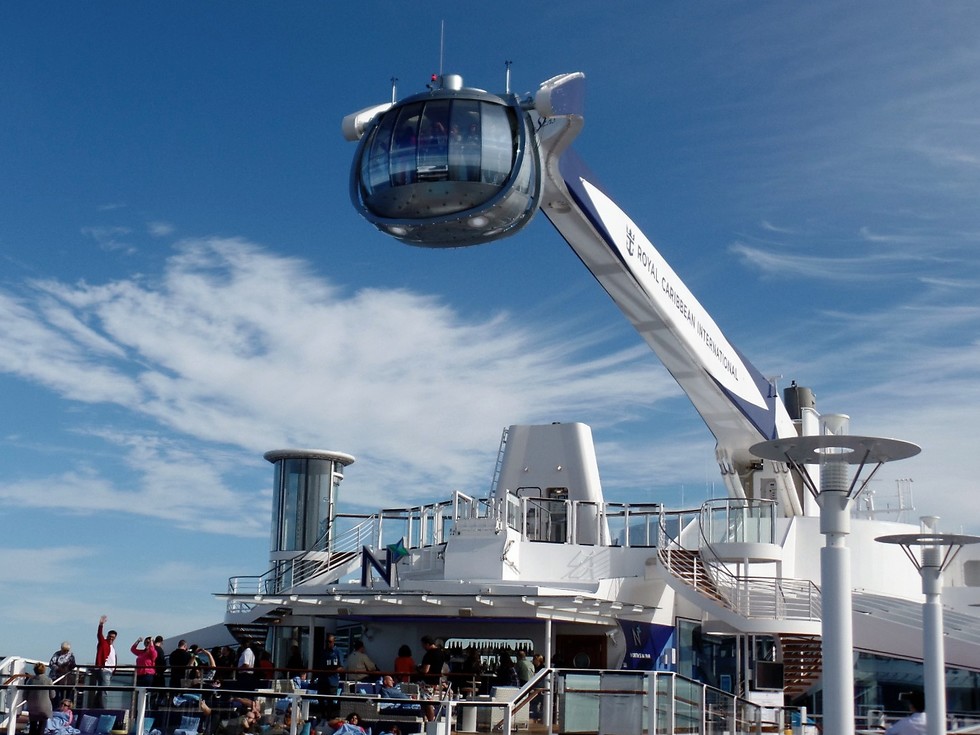 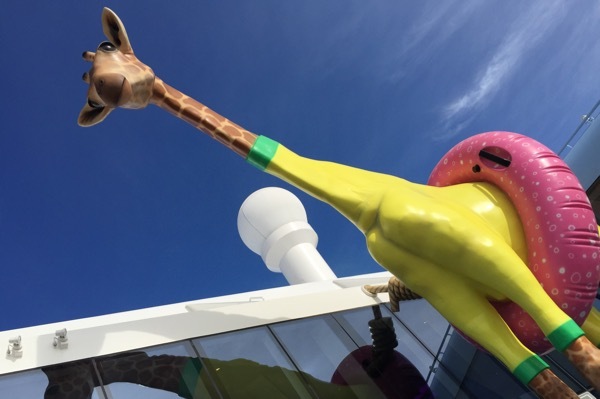 Melissa Klurman
Gigi the Giraffe
New art is one of the hallmarks of Anthem of the Seas—including this 32-foot giraffe on Deck 16. 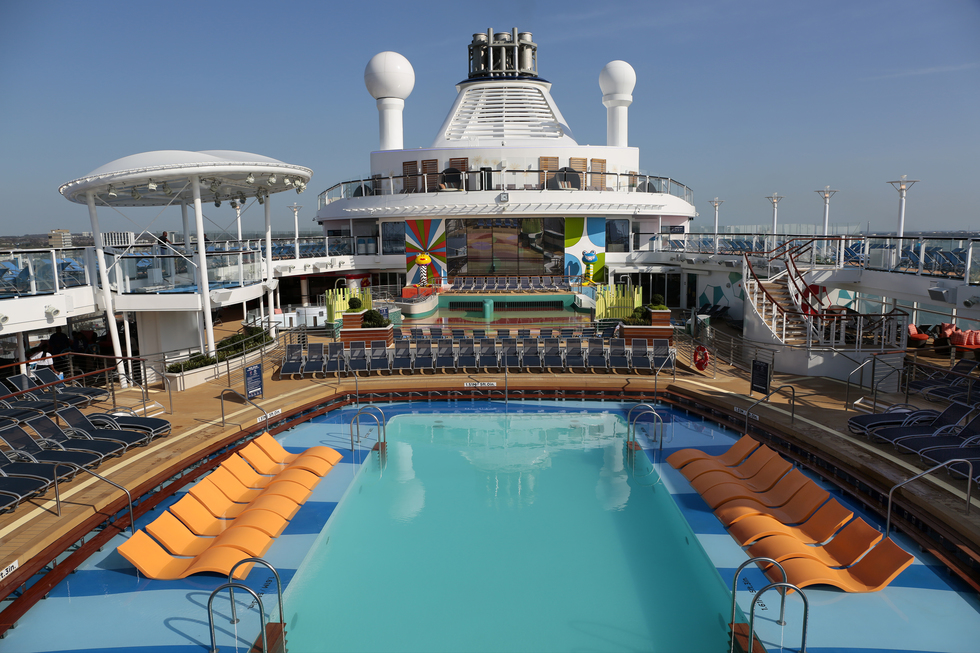 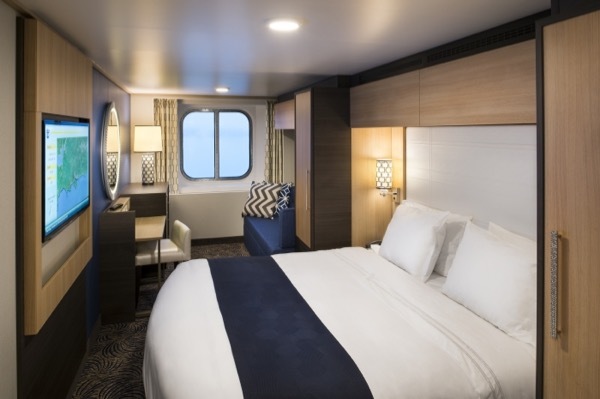 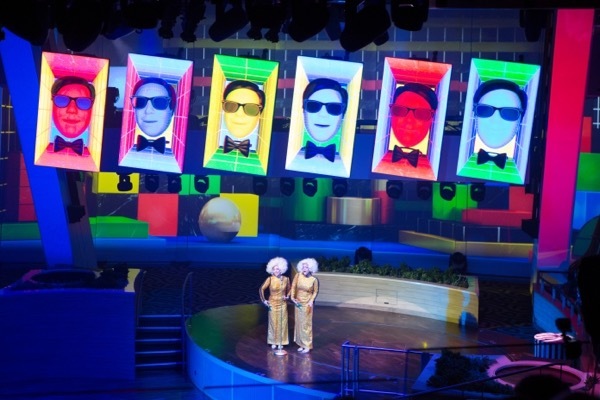 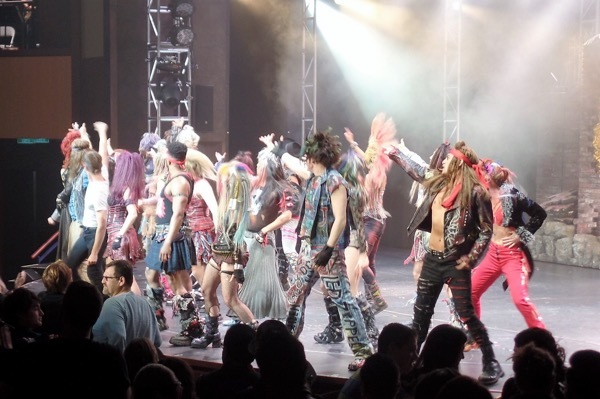 Ken Dowell
"We Will Rock You"
A highlight of the entertainment on board Anthem is the full-length musical We Will Rock You, with fabulous sets and a rocking score of the music of Queen. 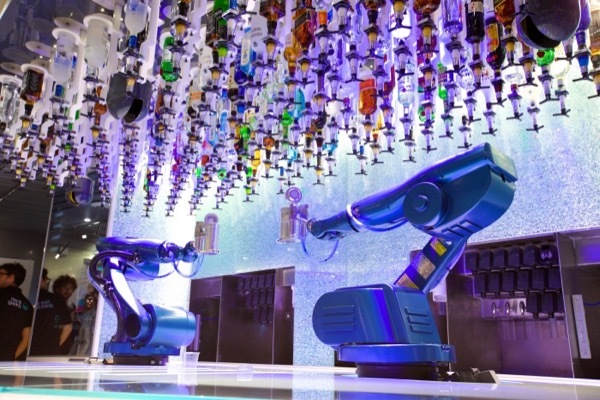 Royal Caribbean
Bionic Bar
Robots. In a bar. Use a tablet to order your drink and the robotic bartenders will mix, shake, and pour. Good luck telling them about your day, though. 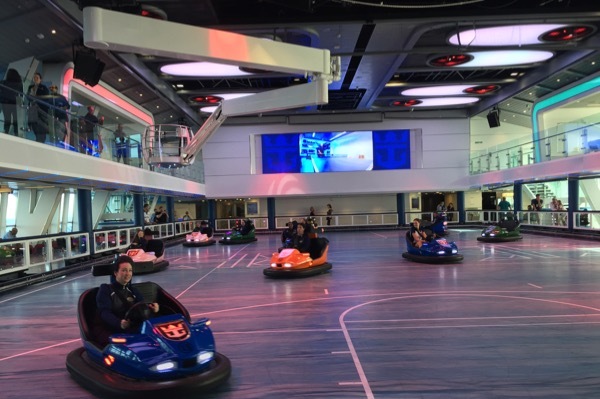 Melissa Klurman
SeaPlex
The SeaPlex indoor sports zone has bumper cars, roller skating, a DJ, and a circus school. As if that's not enough, there's basketball and ping pong, too. 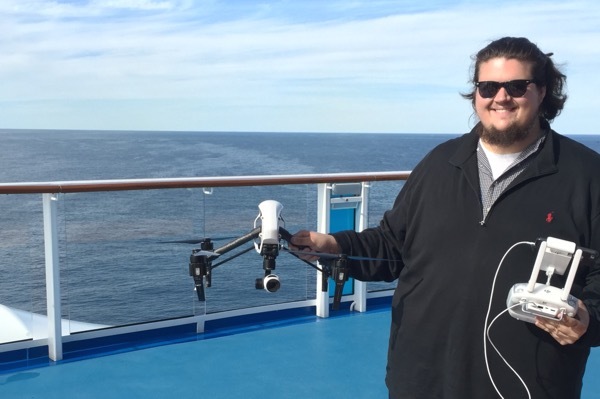 Melissa Klurman
Goodbye Selfie, Hello Dronie
What's that you say? You'd really like a drone to take a picture of you? Royal Caribbean's got it covered with the truly innovative "Anthemic Selfie" where a remote-controlled drone camera soars over the ship and captures a 15-second vdeo of you onboard (set to an epic soundtrack, naturally). It's not technically a selfie if you don't take the photo yourself, but we appreciate the touch—and there's no selfie stick required. 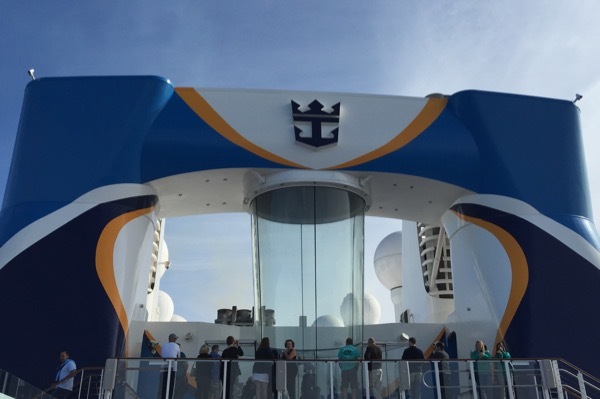 Melissa Klurman
IFly on Anthem of the Seas
It's a bird, it's a plane, it's you! RipCord by iFly lets passengers try skydiving in a simulator tube at sea. 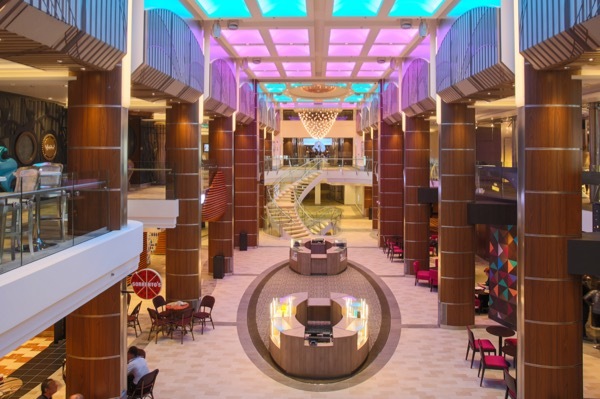 Royal Caribbean
Royal Esplanade
The Via and Royal Esplanade span deck 5 and are lined with retaurants and shops. Highlights include Michael's Genuine Pub and the Patisserie. Both carry an extra charge. 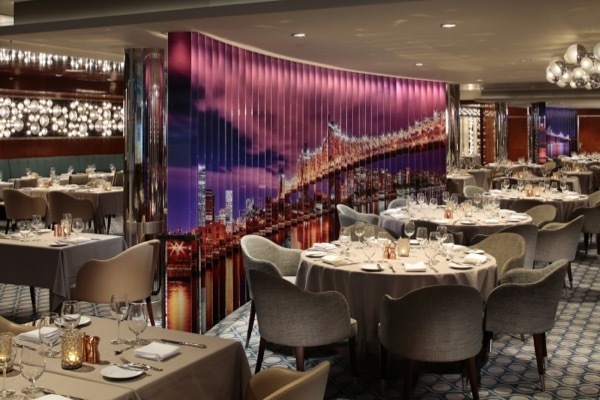 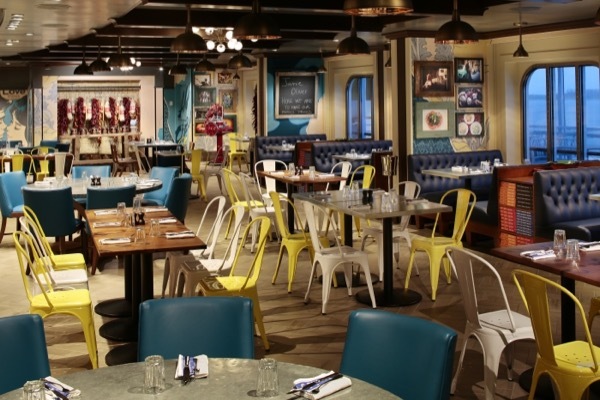 Royal Caribbean
Jamie's Italian
Jamie's Italian is a speciality restaurant based on the UK chain overseen by British celebrity chef "Naked Chef" Jamie Oliver. It charges a premium for dishes such as tagliatelle with truffles. 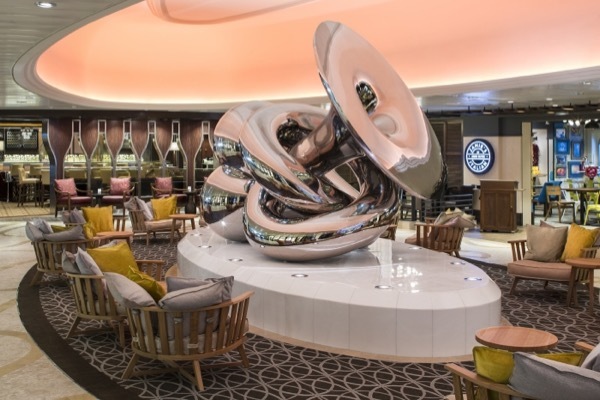 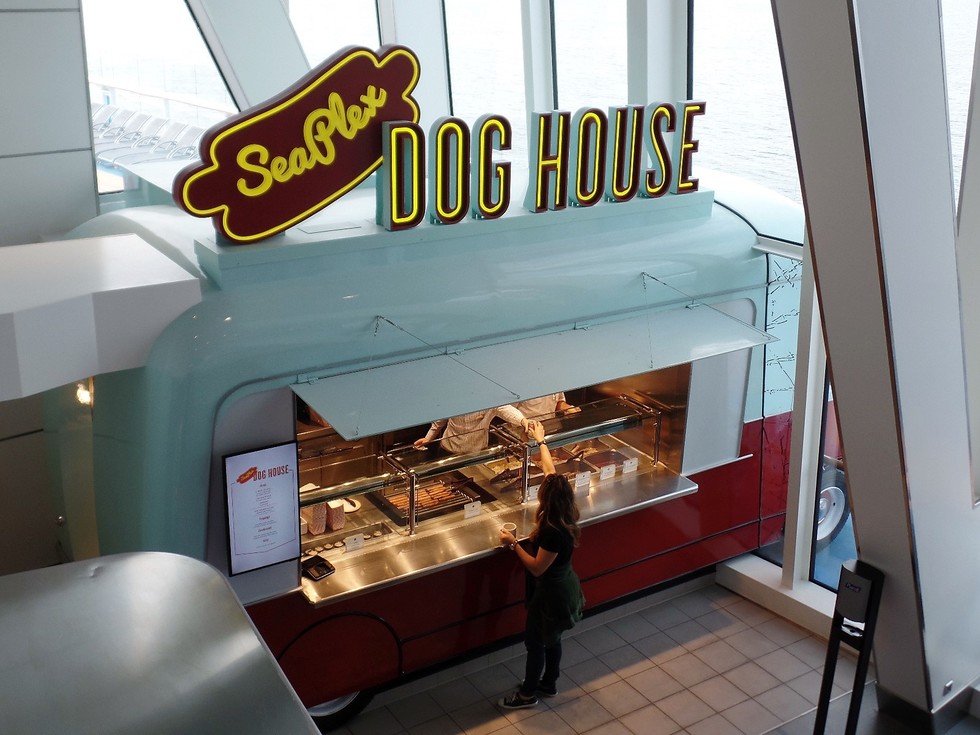 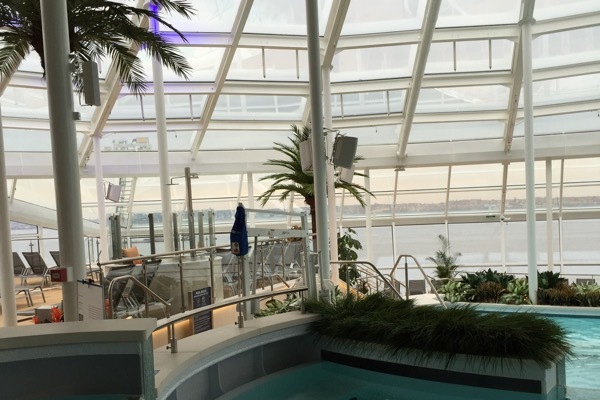 Melissa Klurman
Solarium
No matter the weather, the adults-only Solarium is a perfect place to soak in the whirpools, sip a green drink at Devinly Decadence (yes, you can add a shot of vodka—it’s a cruise after all), and marvel at ocean views from the in-pool seating any time of day. 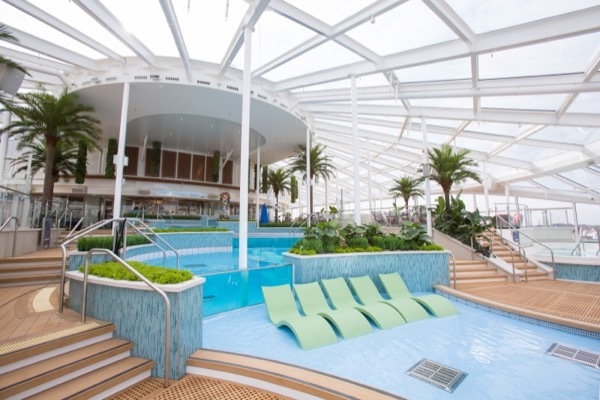 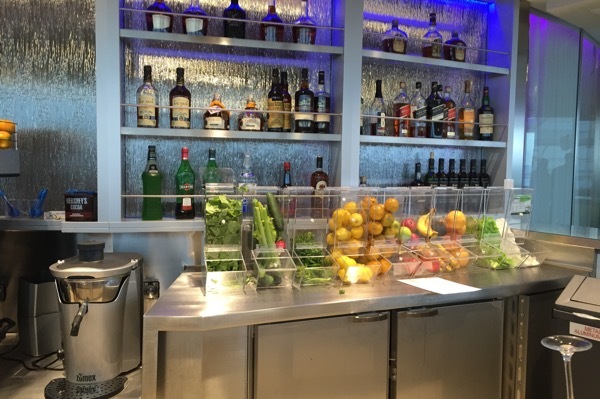 Melissa Klurman
Devinly Decadence
Devinly Decadence in the Solarium has a fresh-pressed juice bar (and regular bar) and offers dishes that top out at 500 calories for breakfast, lunch, and dinner, created by healthy chef/cookbook author Devin Alexander. We tried the guilt-free burgers, which were loaded up with veggies atop a beef patty—it was tasty, if a bit small. This restaurant is now complimentary (it carried an extra charge on the Quantum of the Seas when it debuted), making it easier to eat health-consciouslly at sea. 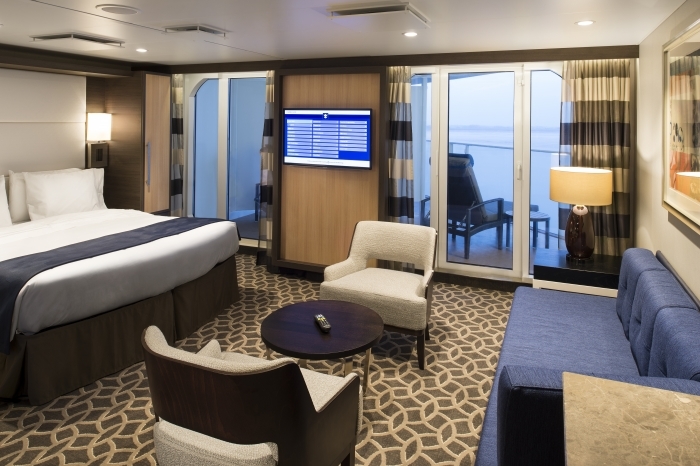 Royal Caribbean
Family Junior Suite
Anthem of the Seas has a number of impressive suites, incluidng these spacious family accomodations. 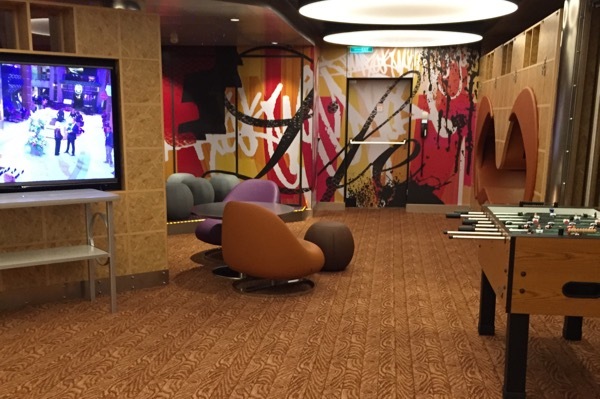 Melissa Klurman
The Living Room Teen Lounge
For cruisers in the 12 to 17 age group, there's the drop-in lounge, The Living Room, as well as Fuel teen disco at night. 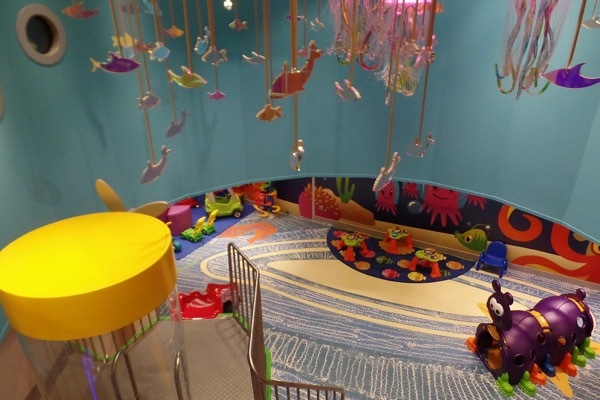