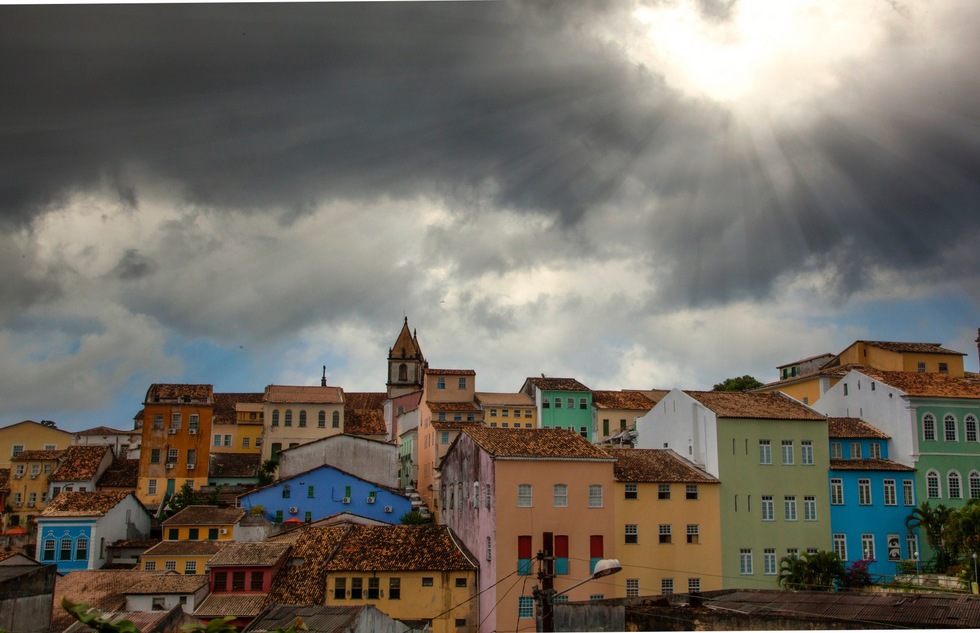 By Jason Cochran
Some countries don't want many visitors and keep them out with difficult and/or expensive visa processes. But that doesn't mean they're not worth the challenge. Boy do we wish the following nations were easier to get into. 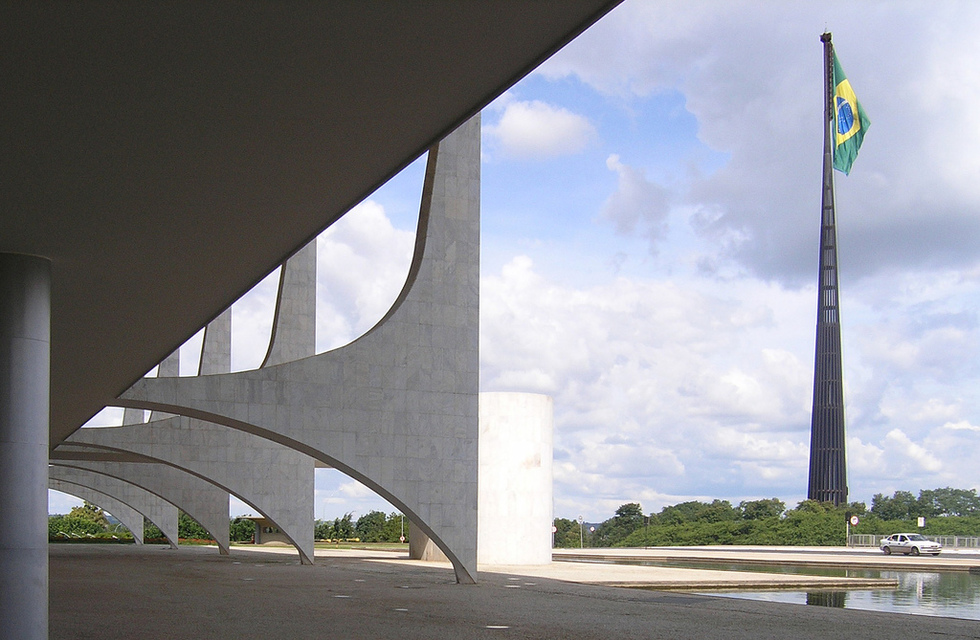 seier/Flickr
Brazil
As a destination, it may be world-class, but its consular services aren't. Those Olympic rings might as well represent the hoops it makes tourists jump though. At many of its consulates, the Brazilian government (based in Brasilia, pictured) requires Americans to make appointments to come in person, and visitors often have to wait a month for their moment. Want to go in a few weeks? You're out of luck: Brazil refuses to process rush applications. Some Brazilian consulates use a first-come, first-served system that often forces would-be tourists to return to its consulate for a few days in a row before they finally get seen. If you're not from North America, you may be asked to present three months' worth of bank statements to show how much money you have.

As a result of all this discouragement, some frustrated visa processing agencies refuse to even deal with Brazil. If you do still want one, it'll cost $160, which is high for such an allegedly tourist-friendly place.

There is some good news: From June 1 to September 18, 2016, Brazil is waiving visa requirements for Americans. They're doing it for the Summer Games—I guess they realize they could never keep up with the paperwork their own system requires—but hopefully the influx will teach Brazilian bureaucrats that its tough visa rules should be retired.
advertisement 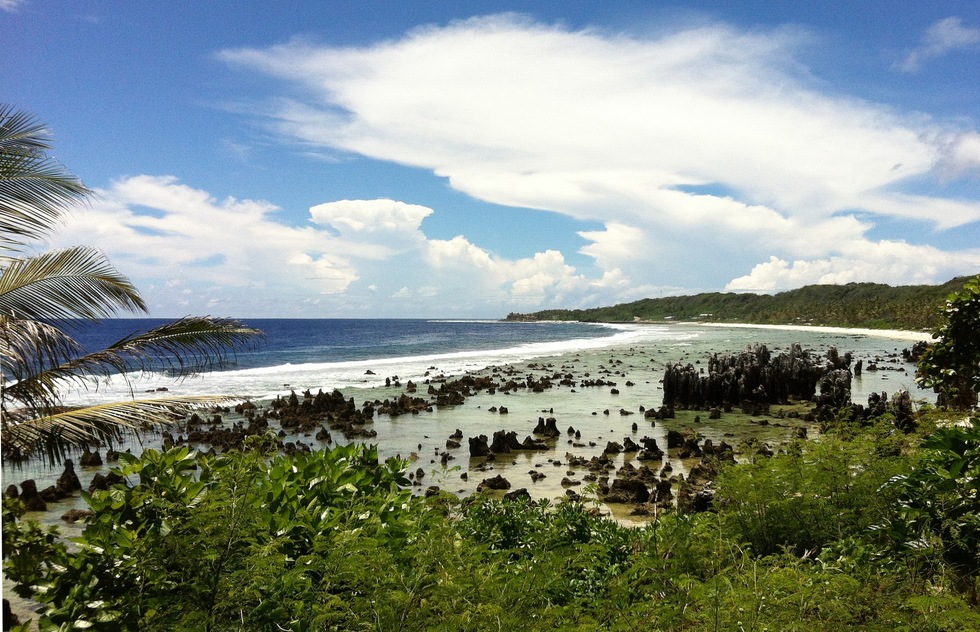 seankelleher/Flickr
Nauru
This pretty Micronesian island is tough to reach in every way. For one, you have to fly there via Australia, but worse, it requires a visa even though it only has about 9 offices around the world capable of issuing them, and most of them are unstaffed for long periods of every day. The U.S. State Department lists only an email address for the country. Will it grant you a visa if you just arrive at the airport? Nope. That would be too easy for this island paradise. 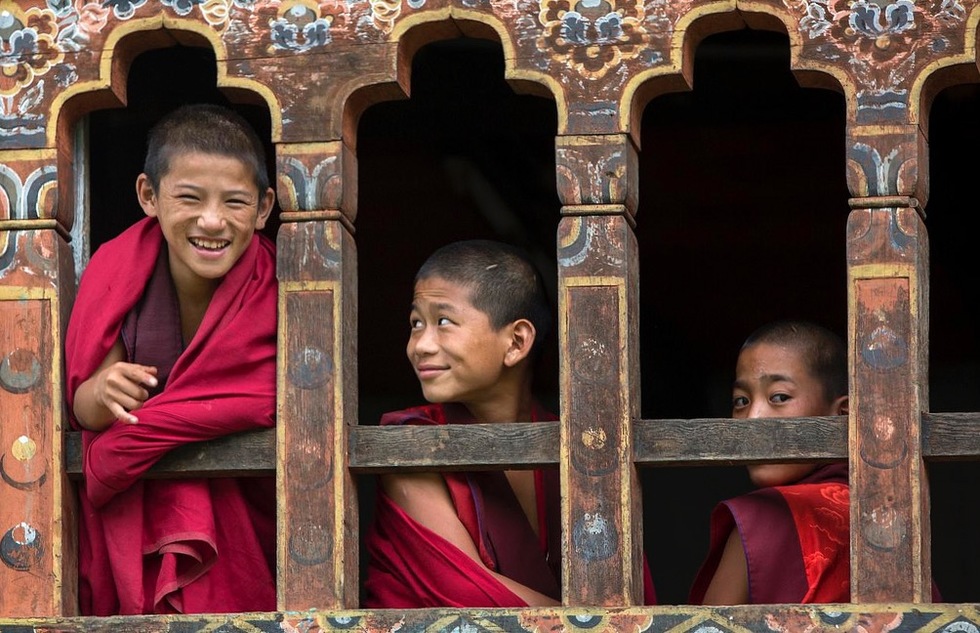 cmichel67/Flickr
Bhutan
Everyone who visits this isolated and well-preserved country in the Himalayas comes back raving about it. But that doesn't alleviate the financial pain of a trip there. The government won't allow entry to foreigners unless they're part of a licensed, escorted tour, and the government sets the minimum price for that: $250–$300 a day for the lowest-class hotels, and much more cash for anything better than three stars. Add another $65 that goes to local improvements. And add another $40 that you hand over upon arrival. Plus the price of your flights there, which, due to its remoteness, are extremely expensive. But some women who want to be mothers, especially, are eager to pay all that, because it's said a visit to Bhutan, where the phallus appears everywhere as iconography, enhances fertility.
advertisement 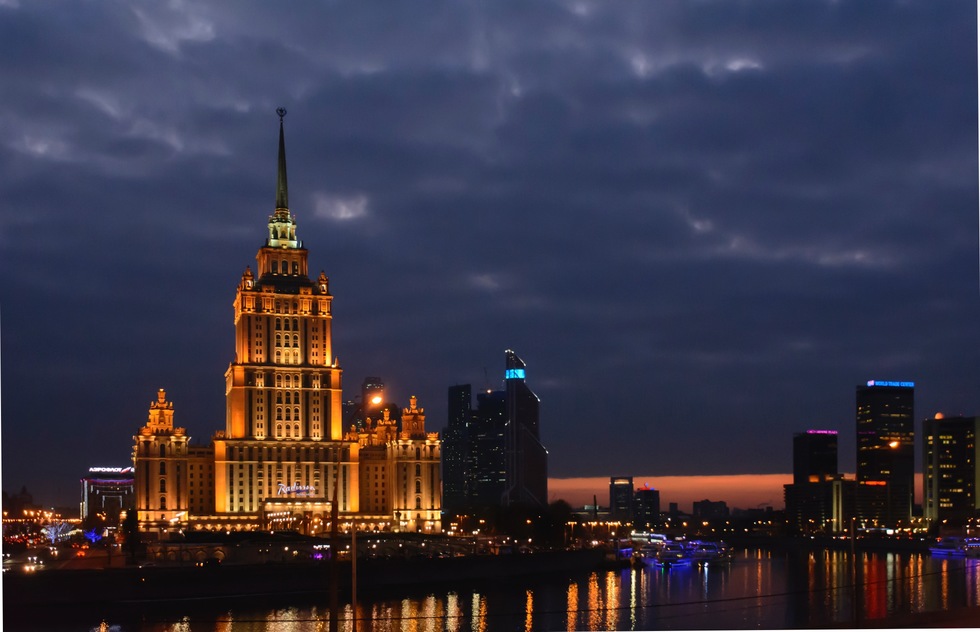 ikhou/Flickr
Russia
Long-standing tensions between America and Russia still simmer in the paperwork required to secure entry. Americans are required to obtain an "invitation" to visit (often, a hotel or host can file it) and then they're singled out for pointless paperwork, including a laundry list of questions that include all the countries you have visited in the past decade and a contract with a service provider registered with the Russian Federal Tourism Agency. There are 86 types of visas, each with different application rules, it could take a month for you to finally get official clearance, and once you're in the country, you can't extend your stay even if you beg. 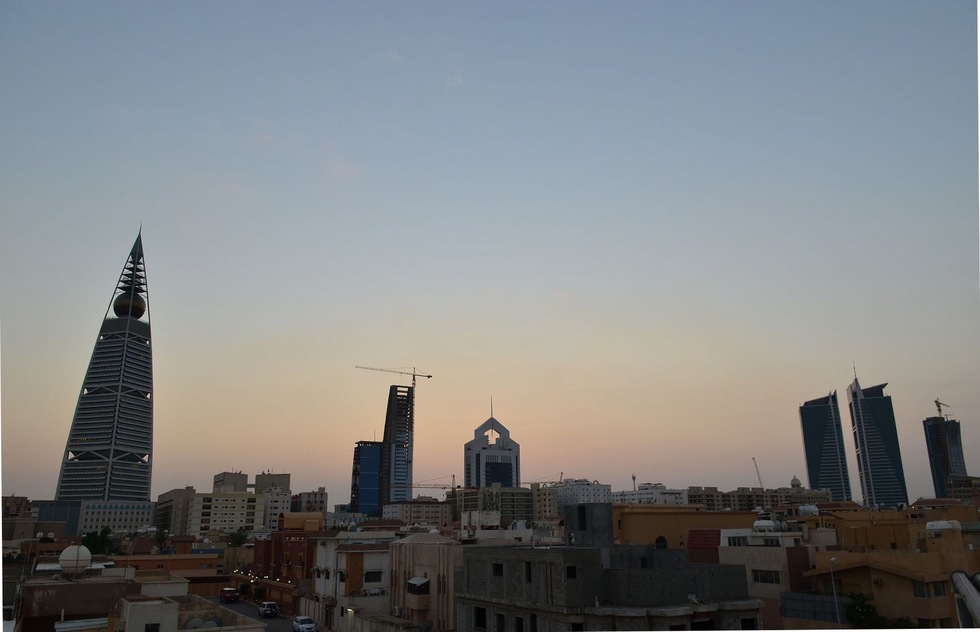 97490011@N06/Flickr
Saudi Arabia
Saudi Arabia pretty much only wants you if you're there for work, to see relatives, in transit, or there for religious reasons, i.e. the Hajj. Notice that casual tourism is not a part of that. Women must be met at the border by a male sponsor, and if you have any Israeli stamps in your passport, you can probably forget it. And visiting non-Muslim Westerners have been known to encounter hostility. There are so many obstacles to seeing (and leaving) this place (and cities like Riyadh, pictured) that many tourists simply lie, getting themselves invited on academic excursions or, as 19th-century British explorer Sir Richard Francis Burton dangerously did, passing themselves off as Muslim. It's a pity—Saudi Arabia is the seat of one of the world's most important and historic religions and as a consequence is one of the world's most fascinating places.
advertisement 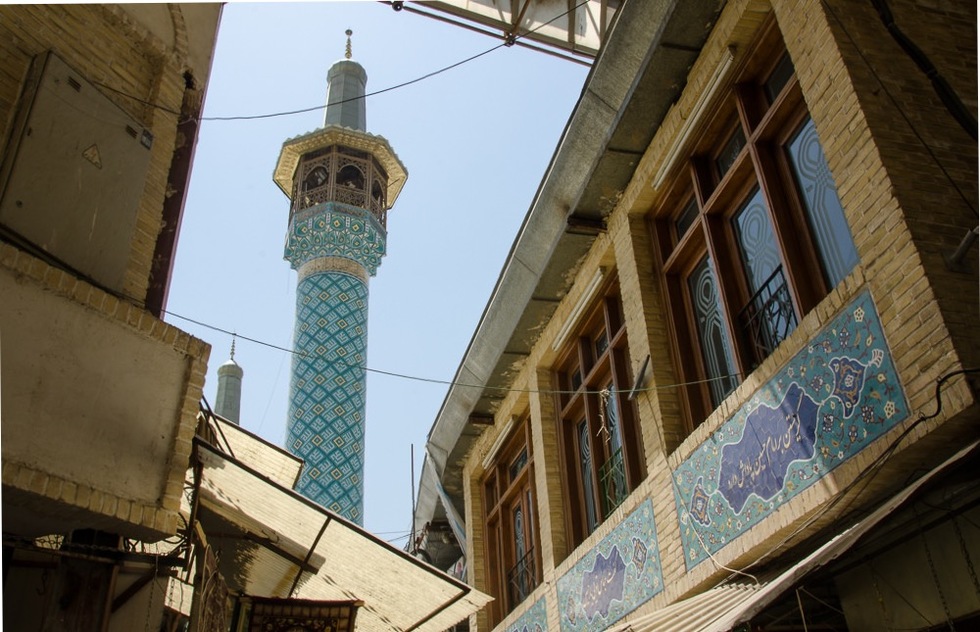 kamshots/Flickr
Iran
U.S. citizens are required to obtain a $90 visa before they fly there, and even then, it may be refused at the border. You must write down all instances in your life when you have been "infected by any contagious diseases," which seems an awfully broad demand. Those who do enter are fingerprinted—which shouldn't be shocking when you consider that the United States does the same thing to many visitors, too. Visiting journalists, professors, and scientists have occasionally been targeted by the Iranian government and refused the right to leave....and detention does tend to cast a pall on a vacation. All that is courtesy of the government—the general population of Iran, it's often said, are sophisticated and open-minded, and the city of Tehran (pictured) full of history, cafés, and pleasant surprises. 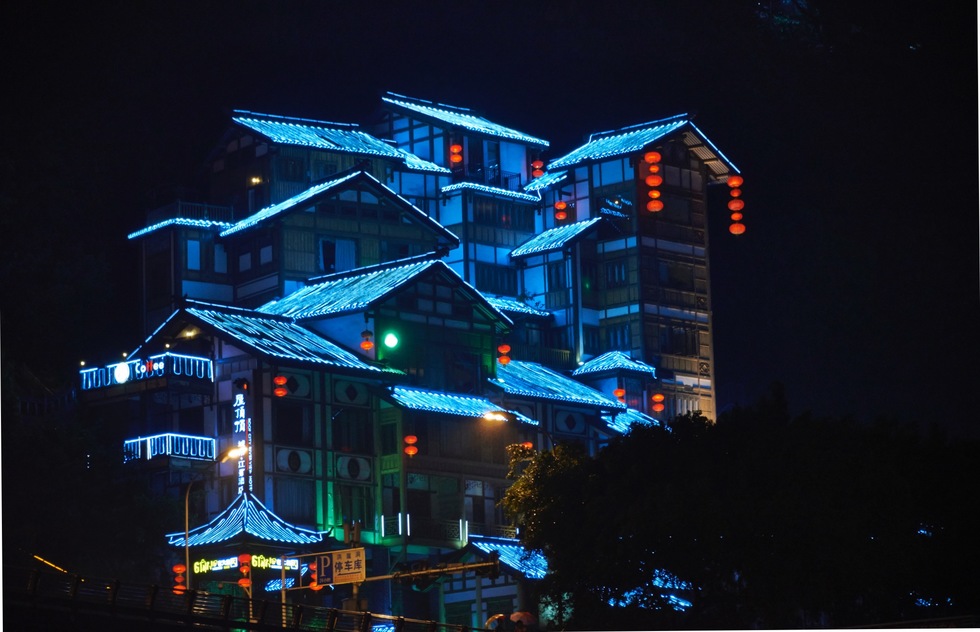 13523064@N03/Flickr
China
Although not as hard to enter as it once was, China still requires a photograph, a full itinerary and proof of hotel reservations, and verification of the "inviting individual"—often, a tour operator. If it gets a bad feeling from your paper work, the Chinese government may come back to you and demand original copies of six months of bank statements. Still, for all that, it's worth the red tape (if that's the phrase) to get a better understanding of the world's most populous country, including the sights along the famed Yangtze River (pictured).
advertisement 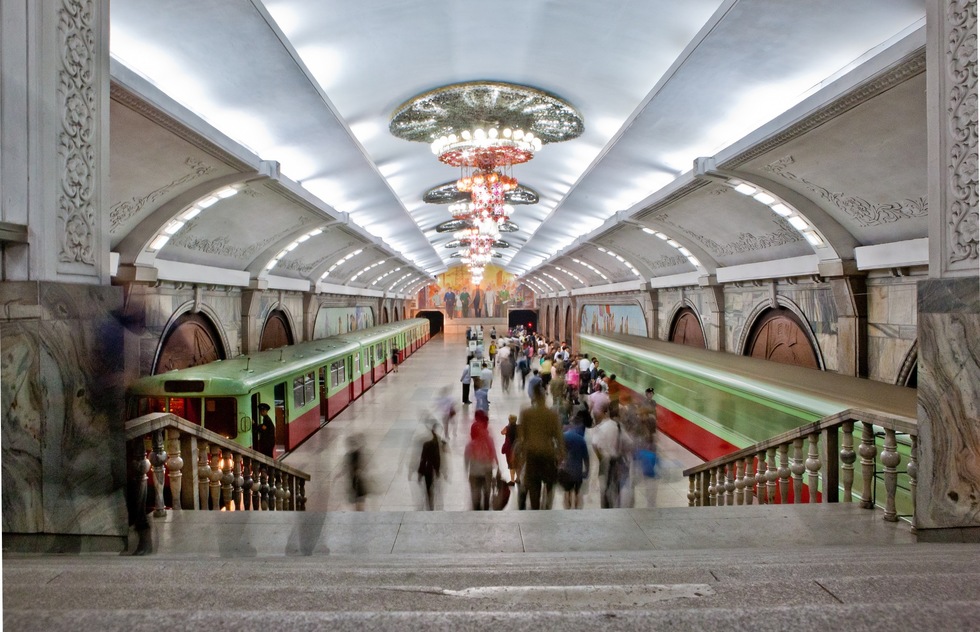 mattpaish/Flickr
North Korea
We all know that the North Korean regime is in no mood to accept a flood of American tourists, and even those who are allowed in have to be on their very best behavior—even carrying a Bible could get you locked up. The only way to obtain a visa is to book a package, and of course if you do that, what you will see and learn will be tightly stage-managed by party-approved guides. Still, even a propagandized vacation is a form of social exchange, and few intrepeid travelers wouldn't love to lay eyes on the famous Pyongyang metro (pictured), a showpiece for the regime.
Entry Requirements & Customs
Vacations