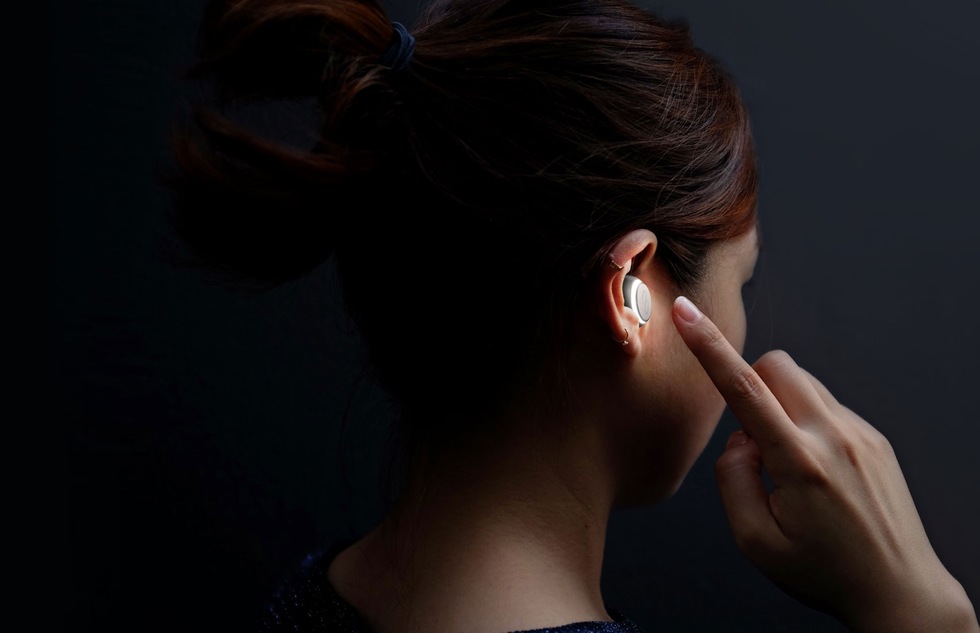 By Jason Cochran
Every week, the inboxes at Frommer's are jammed with appeals from manufacturers who swear they have come up with the next greatest thing for travelers. Most of it doesn't excite us—we sincerely doubt that a spritz of "pillow mist" is going to make a 10-hour transatlantic flight a pleasure or that a recipe for granola will make climbing to the top of Santorini any easier. But now and then, a few new gadgets and products do grab our attention. Right now, we're looking at these newcomers. Could these be the next purchases that make travel more fun, smoother, and more musical? 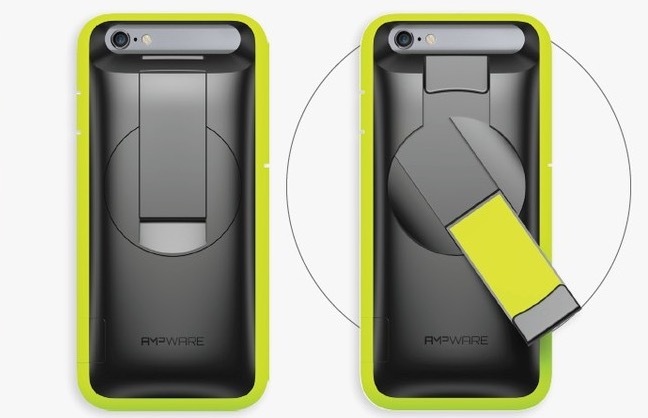 AMPware
AMPware, $89
When your phone runs out of juice, there's still hope—the AMPware case has a fold-out crank that can power it right back up. Campers have used this technology in LED flashlights for years, but now it crosses over to smartphone cases. You might look a little funny cranking a phone like youre whipping a bowl of cream, but the last laugh will be yours when you make those extra calls.

Why we're watching: It has obvious usefulness, but right now it only fits the iPhone 6 and 6S. Will it progress to follow changing tech? 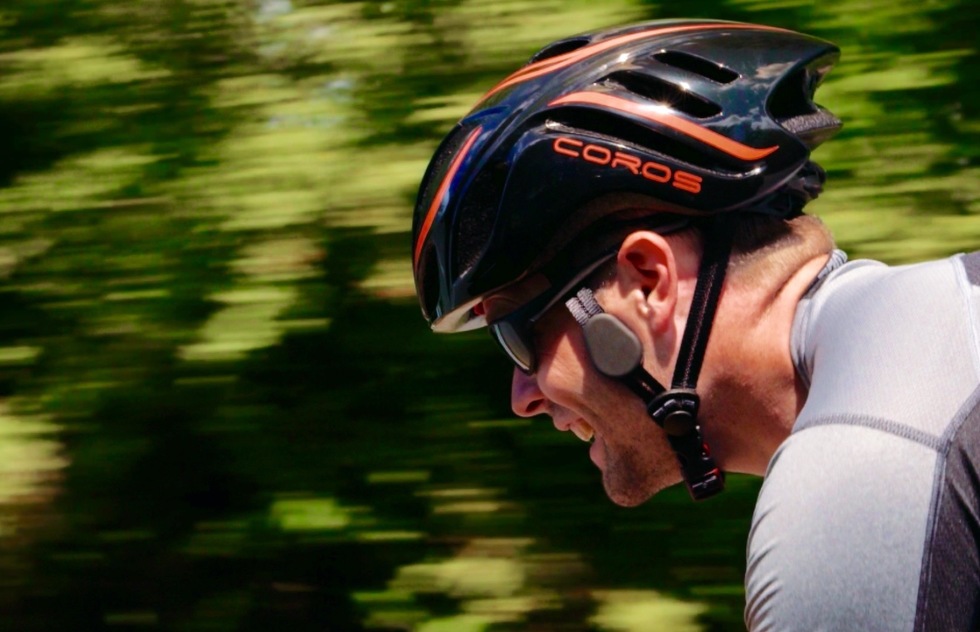 Coros
Coros LINX Smart Cycling Helmet, $200
Newly out of Kickstarter mode, the Coros LINX aerodynamic helmet makes it safer to stay connected on cycle trips. The strap by the wearer's ear has a node that connects to a smartphone for music, calls, and voice navigation. But it doesn't cover the ear, so cyclists can still hear traffic. There's more: If the helmet detects a significant impact, it triggers an emergency alert and sends your GPS location to the authorities. A remote control mounts to the handlebar for track selection, volume control, pausing, and call answering.

Why we're watching: Whenever a product is fresh out of fundraising mode, we have to stand back and wait to see if its execution matches the promises. 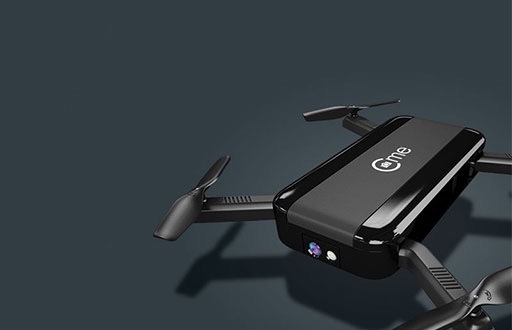 Hobbico
Hobbico C-me tiny drone, $200
The Hobbico C-me drone, on sale in March, shrinks to pocket size, or something slightly larger than a deck of cards. The blades fold up into its body when not in use. The makers say all you need to control it is their smartphone app—there's one-touch takeoff (so no tough steering required) and you can push a button to tell it to automatically make a circle around your location for 360-degree views of yourself. The drone has video, image stabilization, and a 15-image burst mode—and when it's time to get it back, you press a button and it returns to your GPS location.

Why we're watching: It hasn't been proven on the marketplace yet. Will the blades crumple at the first mishap? And is the world ready for even peskier drones? But it would be so very cool to get a 360-degree drone selfie of your great vacation conquests. 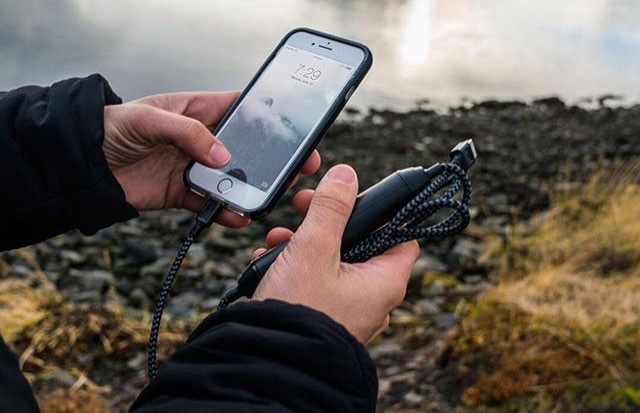 Chris Burkard/NOMAD
NOMAD Ultra Rugged Battery Cable, $40
Imagine a smartphone cable that doubles as a battery, just in case you can't find an outlet. That exists: The NOMAD Ultra Rugged Battery Cable charges your phone first, then itself, storing another 2350 mAh (which will pretty much recharge an iPhone and almost fully charge an iPhone 7+). As if that wasn't traveler-friendly enough, this five-foot cable is also made of Kevlar and tough military-grade nylon so it won't fray.

Why we're watching: We've been trying one for a few weeks now, and we're waiting to find something to complain about. Hasn't happened yet. 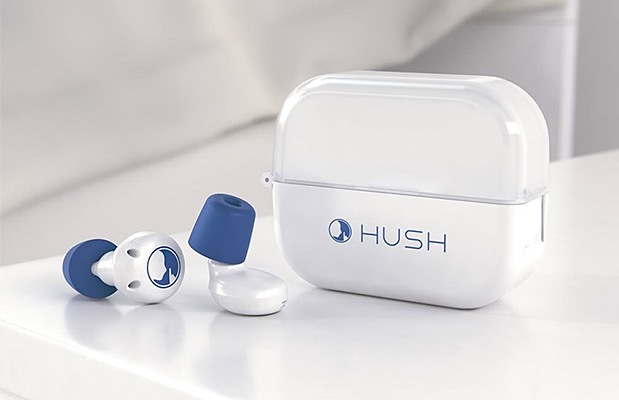 Hush Technology
Hush, $150
If your partner snores, sharing a hotel room can be a personal version of overnight hell. Dubbed "smart earplugs," Hush, which even before they're turned on are rated up to 30 db, plays soothing sounds like ocean waves or rainfall—they're a sound machine that fits snugly in your ear and doesn't wake your bedmate up. They connect to a required smartphone app, which will also gently wake you in the morning with a built-in alarm feature. The case contains a battery that holds about three nights' worth of energy.

Why we're watching: They'd have to be incredibly comfortable to last in our ears for an entire night. (They come with both foam and silicone tips). 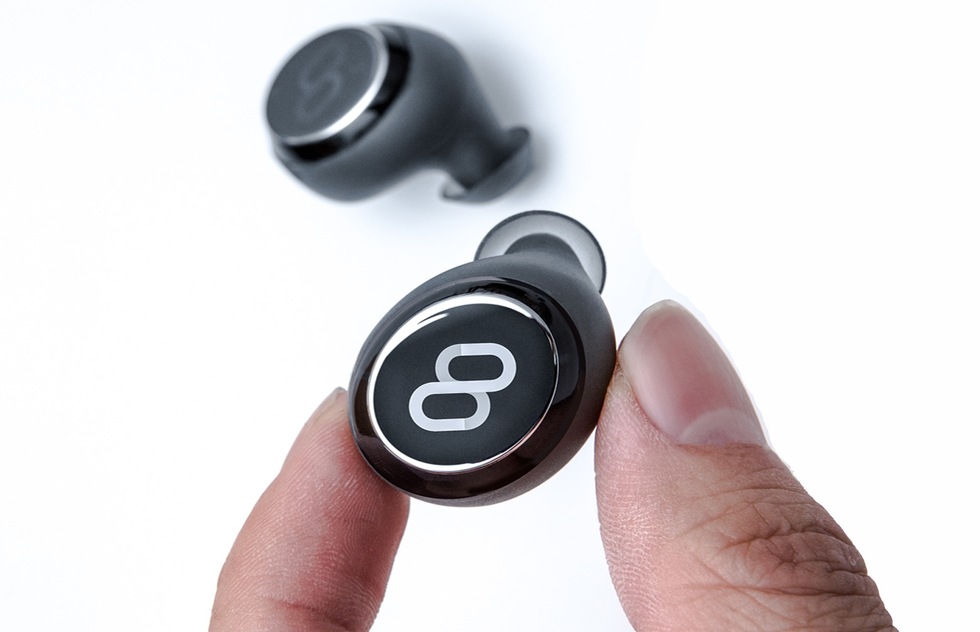 Mymanu
Mymanu CLIK earbuds, $200
Currently in development, Indiegogo funded, and announced for a spring release, this product out of Manchester, England, essentially translates your conversation partner's language (with a five-second delay) while they're talking to you. This magic happens by way of a smartphone app, which purports to handle some 37 languages. Lend one to your companion and it will translate for them, too. The earbuds are planned to be noise-canceling and ergonomic, too.

Why we're watching: They're awfully ambitious. How will they work in noisy environments, with fast speech, and with slang? They're also part of an in-ear translator arms race. Waverly Labs is prepping its own version, the Pilot Translation Kit ($250), for an announced release of summer 2017. Will they prevail? Will either function as envisioned? Time will tell. 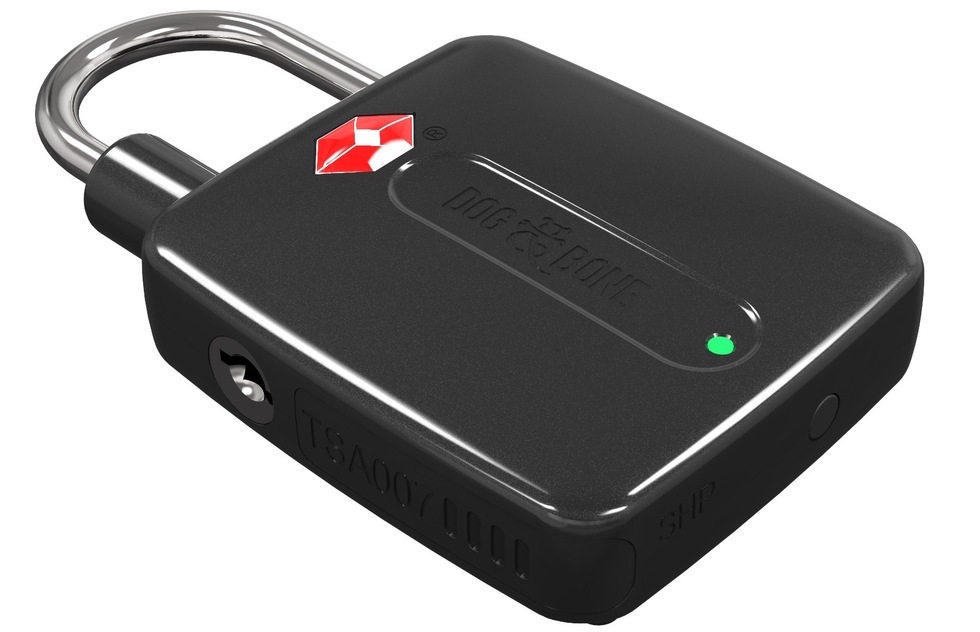 Why we're watching: Better hope the TSA doesn't cut this one off to search your bag. The lack of a key or a combo may also prove to be annoying for some users who get sick of fetching their phone every time they want to open their stuff. 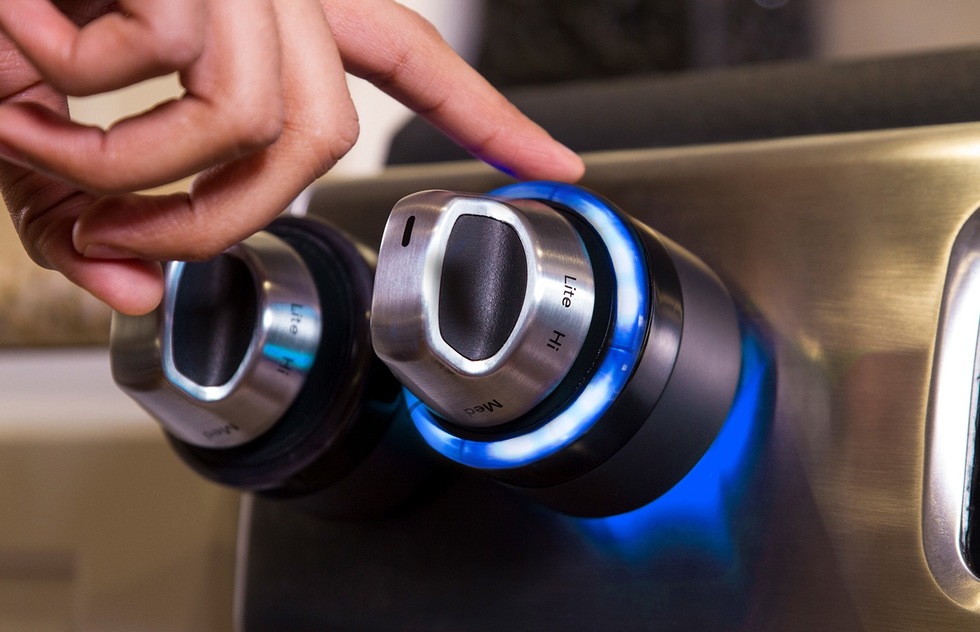 Inirv React
Inirv React, $199 for four
Finally, an invention that answers the question that has tormented travelers for years: "Did I leave the stove on?" The Kickstarter-funded Inirv React allows you to control your stove knobs from anywhere. It also interacts with Amazon's Alexa device: "Alexa, please make sure my house doesn't burn down."

Why we're watching: We don't have knobs on our stove, but we can't wait to see how this novelty item fares in the marketplace. 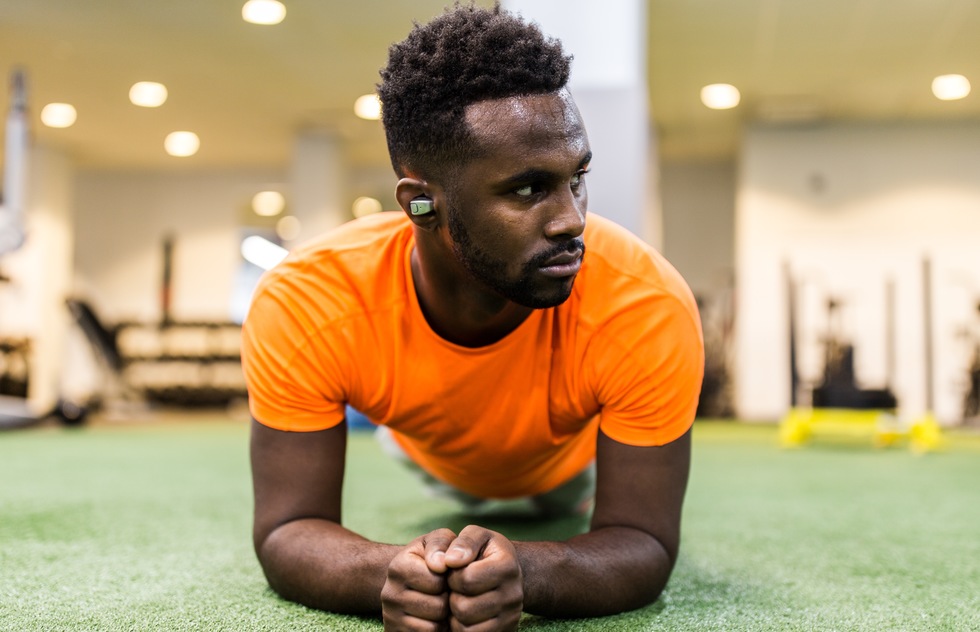 Skybuds
Skybuds wireless earbuds, $250
Regular travelers are desperately searching for the perfect wireless earbuds. Compact listening devices are so much easier to pack. But so far, they don't exist—and we've tried a lot of them. From Earin to Motorola to Apple, they all seem to fail on the same count: connectivity. The issue is that most earbuds connect to your smartphone via a single earbud, and the second earbud daisy-chains onto that, which often results in one of the earbuds intermittently losing contact. Skybuds tries to solve that issue with "Near-Field Magnetic Induction," a system used in hearing aids. That basically means your head interferes less with the signal, so they hold their connection better than the other ones we've tried, and they fit better than Apple's AirPods.

Why we're watching: Wireless earbuds are still being perfected. Skybuds aren't loud enough to use on planes and subways, and they only have enough power for about four hours of listening (not an unusual number), but at least the carrying case holds a few extra charges.