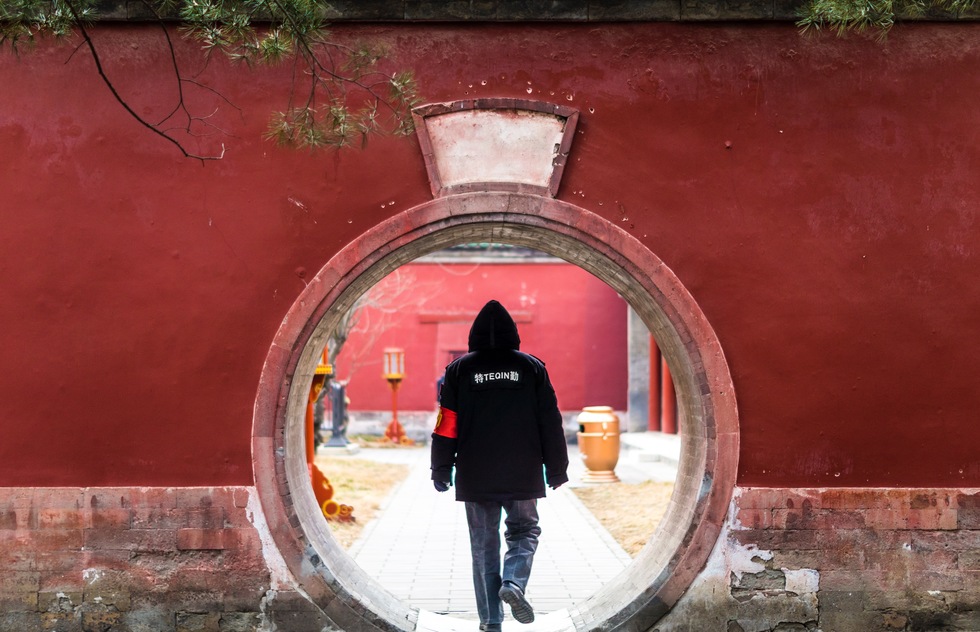 10 Travel Hotspots Where Nobody Went When Frommer Guides Began

By Pauline Frommer
Sixty-five years ago, when the Frommer guides were launched with the publication of Europe on 5 Dollars a Day, the world was a smaller place—at least for American travelers. Yes, we could go to Cuba back then—the embargo wasn't launched until 1958. But many other destinations that have since become popular were either off-limits or off our radars.

What a difference six decades can make. These 10 destinations would have befuddled travel agents in 1957, but today they top travelers' wish lists—and rightly so. 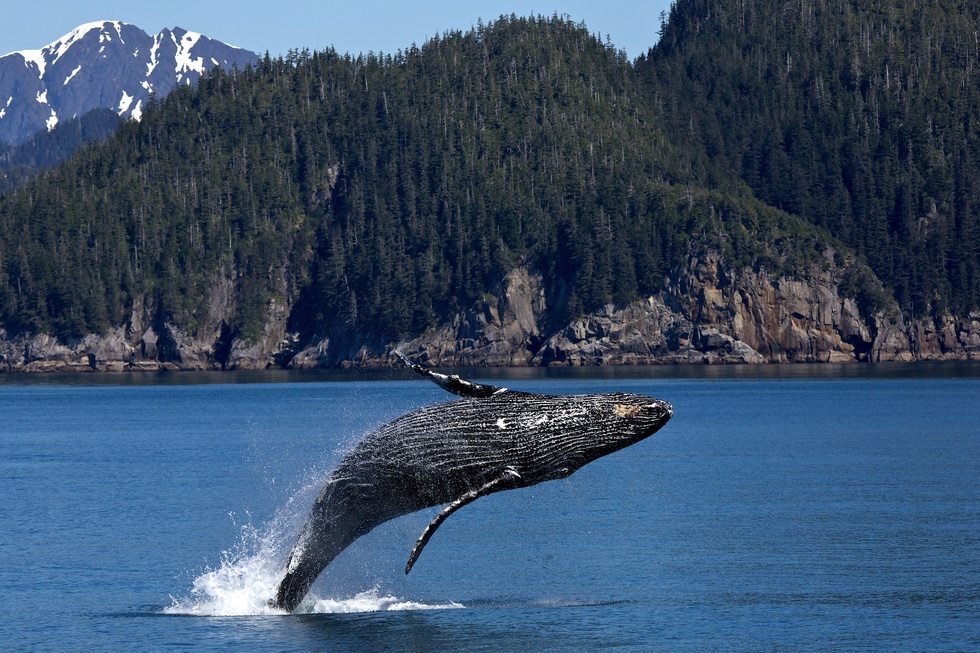 Kenai Fjords National Park/Flickr
Alaska
Though passengers had been cruising on steamships through Alaska since the 1880s, the destination didn't become a mainstream one until the late 1960s, when Westours (soon a part of Holland America Line) and Princess Cruises launched large ships there. By the mid-'70s, thousands of Americans were streaming into a destination once considered too frigid and forbidding for tourism. In 2016, more than a million people cruised the waters of Alaska. 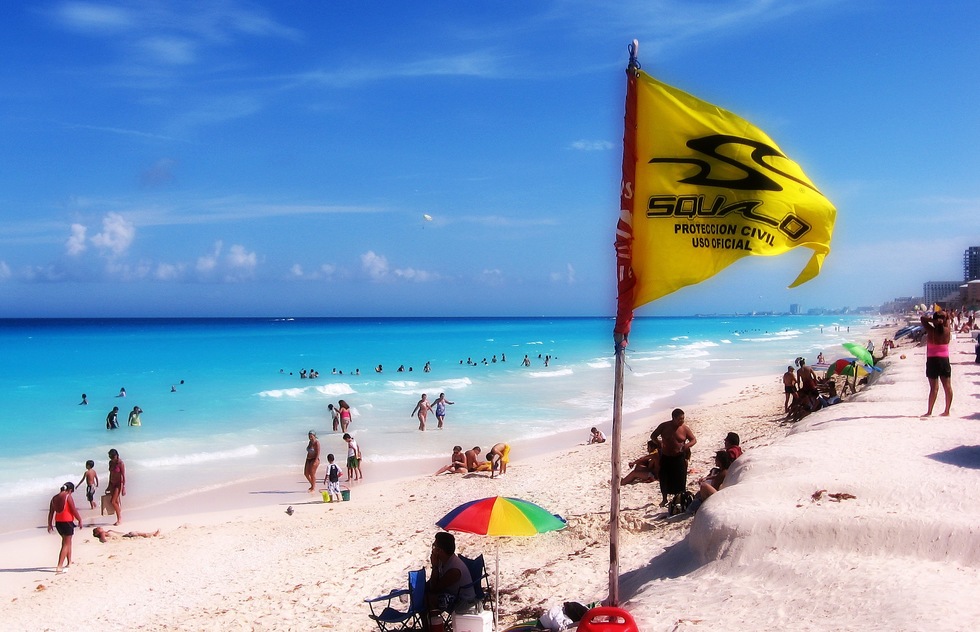 16=9clue/Flickr
Cancun and the Mayan Riviera
In 1960, our Mexico on 5 Dollars a Day author, John Wilcock, warned travelers against attempting to visit the Yucatan Peninsula, home to Cancun, Playa del Carmen, and other now wildly popular areas of the so-called Mayan Riviera. "With its ancient, ruined, Mayan cities, half-hidden by almost impenetrable jungle," he wrote, "Yucatan sits challengingly at the northeast end of Mexico, a perplexing problem to tourists who ponder whether they can spare the time and money from their two-week vacation to make a side-trip up there. [Yucatan's] partial inaccessibility—the very fact that has kept its way of life so distinct from the rest of Mexico—makes it a tough nut for the budget traveler to crack."

So how did this swatch of jungle become a tourist mecca? In 1969, the Mexican government agency INFRATUR turned to a computer. Using what was then brand-new technology, officials created a program to survey the country's coastline to find the whitest of white-sand beaches, the most temperate of climates, and, most important, a location that would be a short flight from the United States. An obscure fishing village with a forbidding name that translates to "nest of snakes" (Kan-Kun in the local native language) was chosen, and by 1974 the first resorts had opened. Today, Cancun's airport welcomes more than 2 million travelers a year. 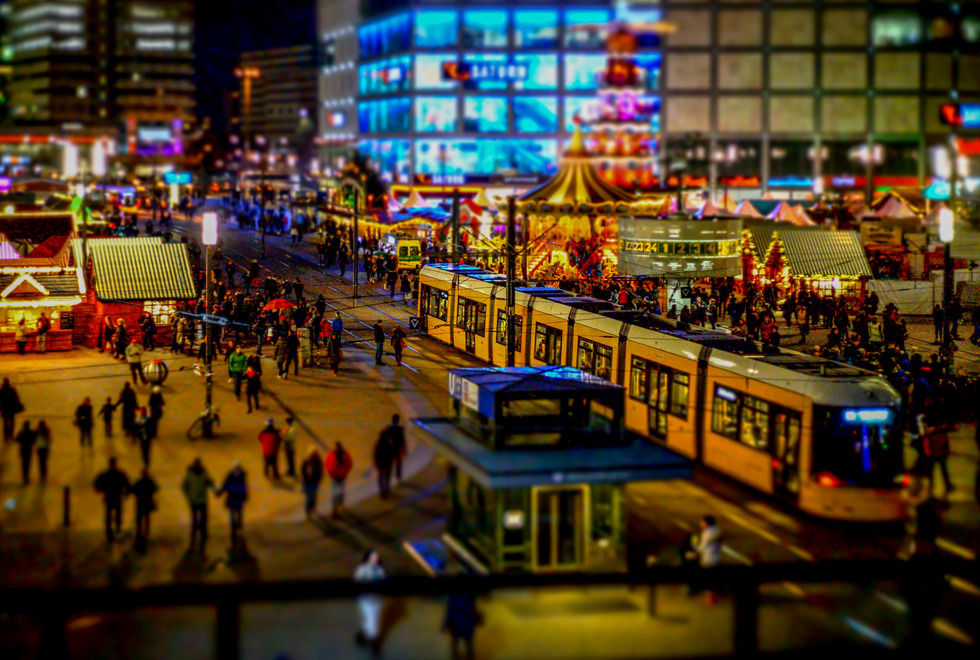 Matthiass Ripp/Flickr
Berlin
Cruelly divided into two cities by the Cold War, Berlin was a place of intrigue, bleakness, and fear in 1957. No one in their right minds would have considered it a vacation destination back then. Today, that very history is part of the city's appeal, along with the fact that all that doubling in the past has resulted in twice as many attractions than you'll find in most other world capitals—including world-class museums, works of architecture, theaters, nightspots, and green spaces.

For more on Berlin today, check out Frommer's Germany. 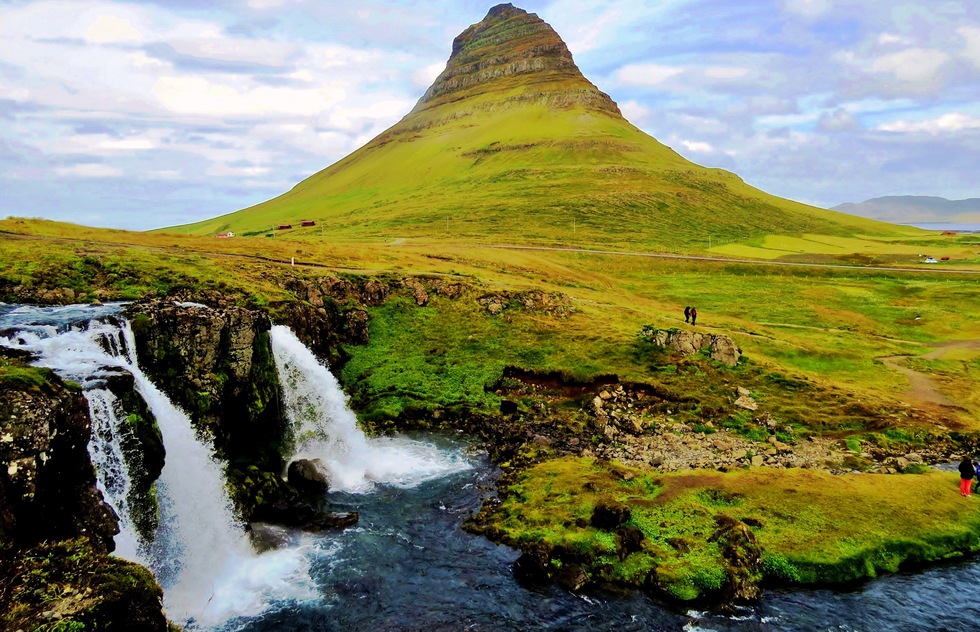 moonjazz/Flickr
Iceland
It took cheap airfares to Europe to introduce the world to the joys—and towering waterfalls and geothermal features and raging nightlife and fermented shark meat—of this famously misnamed country. Though national carrier Icelandair has been offerring free stopovers (of up to seven days) in Reykjavik since 1955, not many travelers took advantage of the perk until the carrier became a price leader for crossing the pond in the last decade. Those short visits to Iceland helped get the word out that this is one cool country (pun very much intended). By the end of 2016, there were more American tourists in Iceland than Icelanders.

To plan your own trip to the country, check out Frommer's EasyGuide to Iceland. 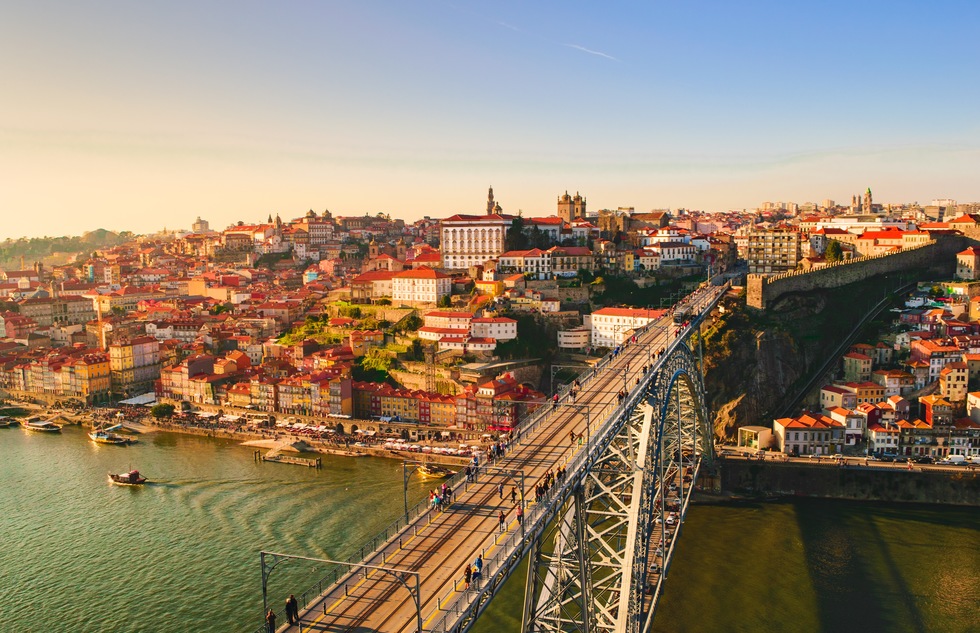 Gregorio Puga Bailón/Flickr
Portugal
Decades of corruption and authoritarian rule under Prime Minister António de Oliveira Salazar meant that Portugal was the most impoverished country in Western Europe in 1957. In his 2005 book Postwar, historian Tony Judt wrote: "The general standard of living was more characteristic of contemporary Africa than continental Europe: per capita annual income in 1960 was just $160 (as compared with e.g. $219 in Turkey, or $1,453 in the US). . . . Infant mortality was the highest in Europe and 32 percent of the population was illiterate."

Not surprisingly, those conditions kept tourists away until the 1990s, when the country finally got on the road to recovery. Though Portugal sufferred setbacks in the last recession, its economic situtaion today isn't all that different from its neighboring European countries. And the tourism industry is in hyperdrive, meaning more and more travelers are discovering the country's centuries-old wineries, gold-laden churches, exquisite beaches, castles, forts, and fado clubs. 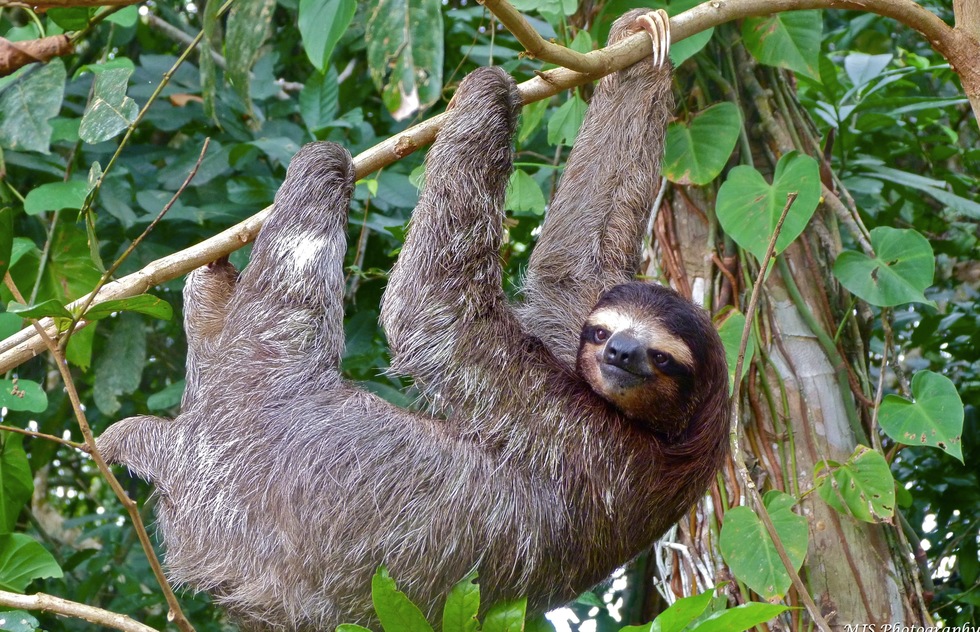 Marissa Strniste/Flickr
Costa Rica
Though Costa Rica has been a democratic and economically stable country since 1949, the same cannot be said of its Central American neighbors. That's the only reason we can think of to explain why this welcoming, lushly handsome country only became a top tourist draw in the last 25 years. But pura vida has won out, along with an ethos of sustainable tourism, which (we hope) means that visitors will be enjoying this country's misty cloud forests, surfing beaches, dense jungles, and friendly towns for many more years to come.

To plan your own visit, pick up a copy of Frommer's Costa Rica. 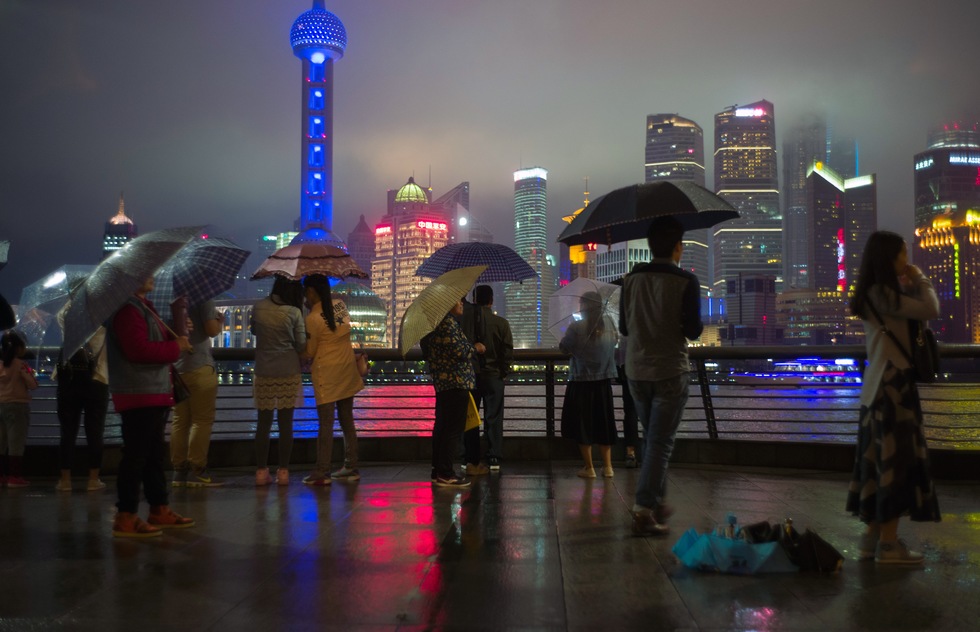 Alfred Weidinger/Flickr
China
Following the rise of communism in China, travel from the West was virtually cut off until Richard Nixon became the first high-profile tourist to the country in 1972. The 37th president's historic visit re-opened diplomatic relations between the U.S. and China, but the floodgates of tourism didn't open up right away—China didn't have the infrastructure for that. In the mid-1990s, however, a spate of hotel building helped make China a coveted vacation destination. According to the United Nations World Tourism Organization, China was the fourth most visited country on the planet in 2015 after France, the United States, and Spain. 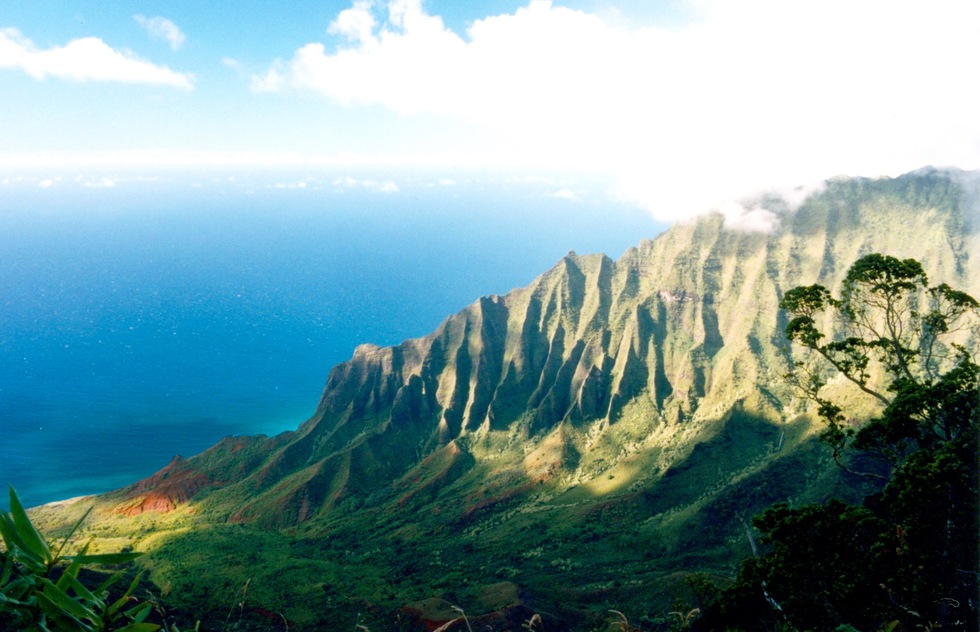 Jeff Kubina/Flickr
Kauai
For much of the 20th century, growing sugar and then pineapples was the main industry on the oldest and lushest of the Hawaiian isles. Because Kauai turned to tourism much later than Oahu and Maui did, visitors can still get a more pristine vision of paradise here.

For more on the island, check out Frommer's Hawaii. 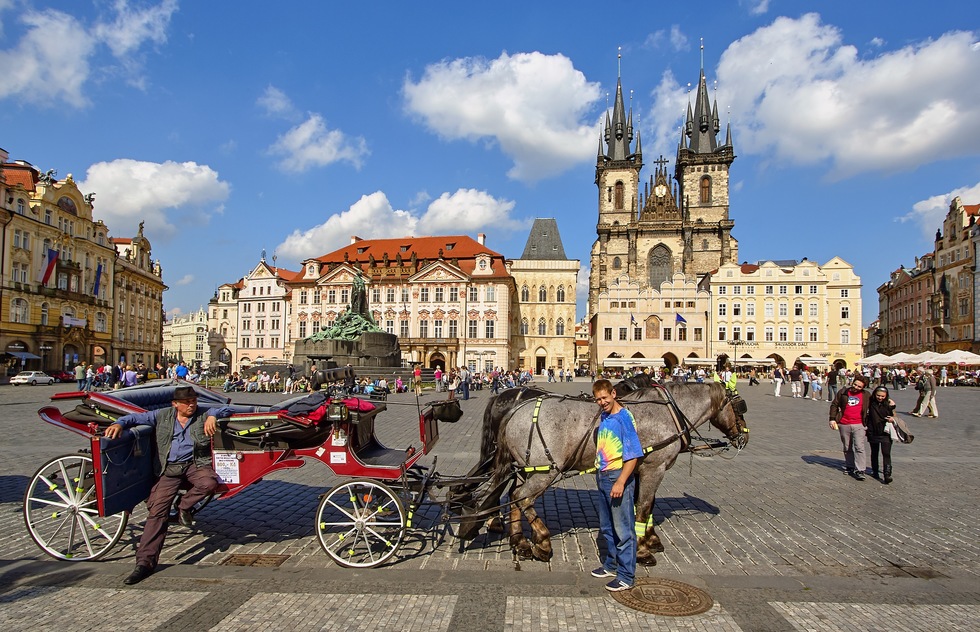 Pedro Szekely/Flickr
Prague
Hidden behind the Iron Curtain starting in 1948, when a political coup turned what had been a democratic nation into a satellite of the Soviet Union, the Czech Republic—and its historic, exquisite capital city—wasn't properly reintroduced to the rest of the world until the so-called Velvet Revolution of 1989. With the oldest castle in Europe, a perfectly preserved medieval town square, magnificent synagogues, and more, Prague has taken its place as one the most popular cities in Europe for vacationers. 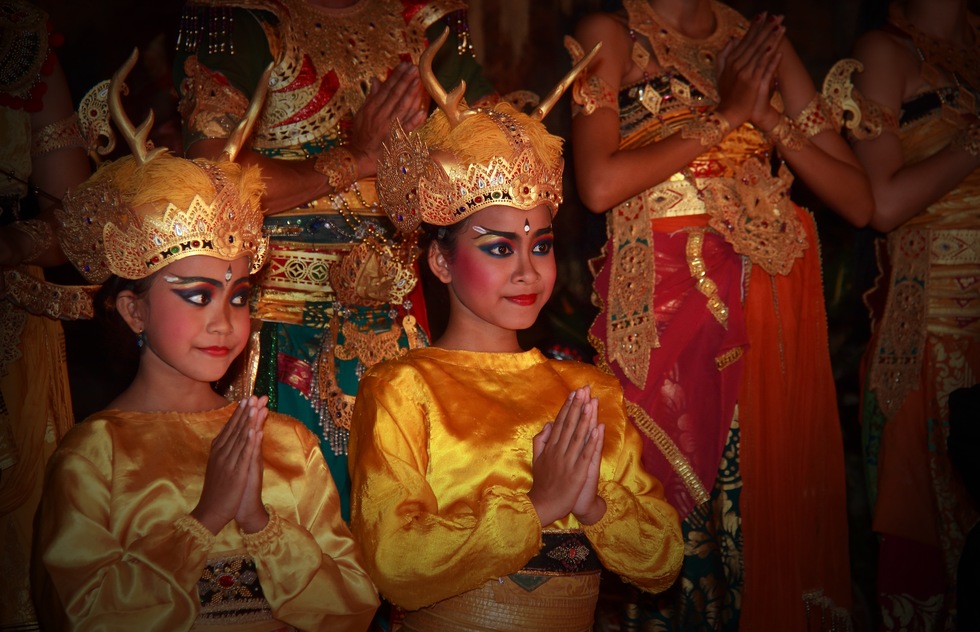 Kevin Rheece/Flickr
Bali
Eat, pray, huh? It would have cost a blessed fortune to visit any of the islands of Indonesia in the 1950s. And when you got to Bali, where would you have stayed? This bucket-list mainstay might have been in National Geographic back then, but that's about as close as the vast majority of Westerners would have come to its rice paddies, temples, beaches, and monkey forests. That is certainly not the case today, when Bali has become a dream within reach.
Local Experiences