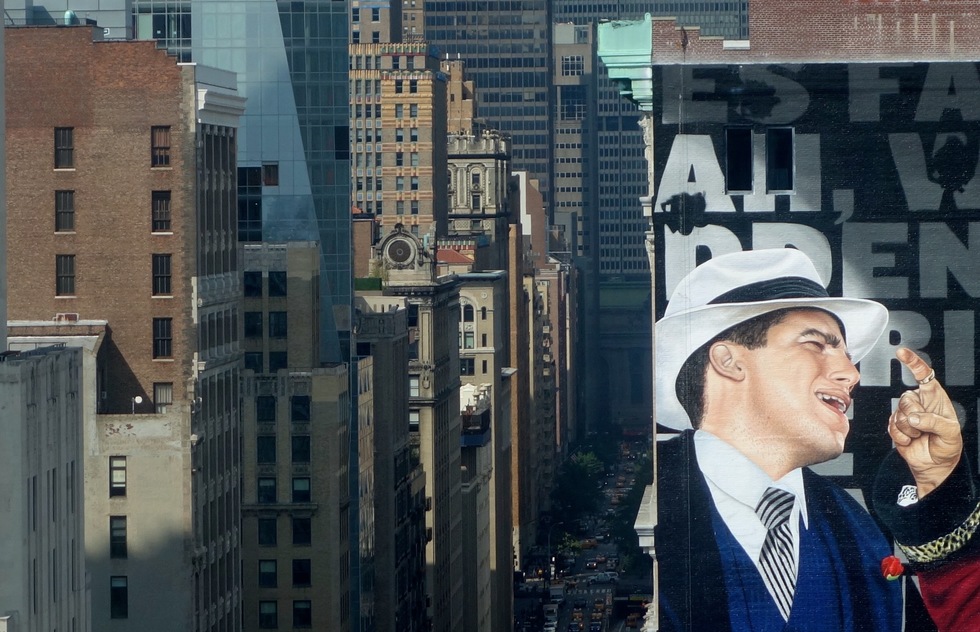 By Pauline Frommer
When you live in a city your entire life, as I have, you learn things about it that few tourists get to know. Here are some odd facts that I’ve learned that will deepen your own understanding of the Big Apple’s history, culture, and why we New Yorkers love it so much—and you can visit experience everything I mention on a visit. 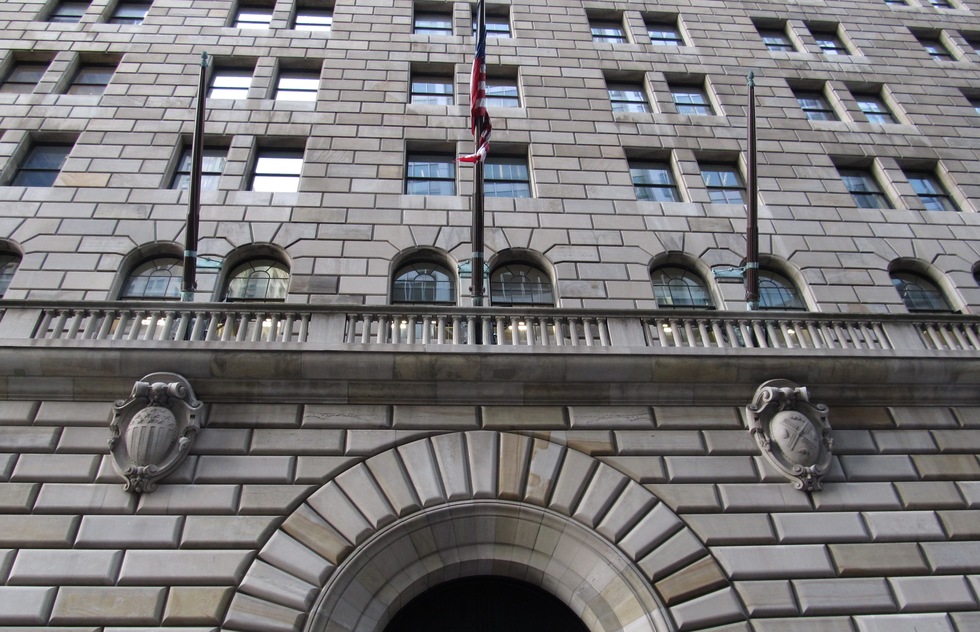 Ken Lund/Flickr
It stores the largest amount of gold in the world
And no, I'm not talking about the facade of Trump Tower. On Liberty Street in the Financial Distric the Federal Reserve Bank holds 25%  of the planet's mined gold, far more than Fort Knox in Kentucky. In its subterranean vaults built into thick bedrock, $100,000 billion worth of lucre is safely stashed. Some 95% of it is owned by foreign governments. And amazingly, you can tour the facility and pet a gold bar (through protective steel bars). 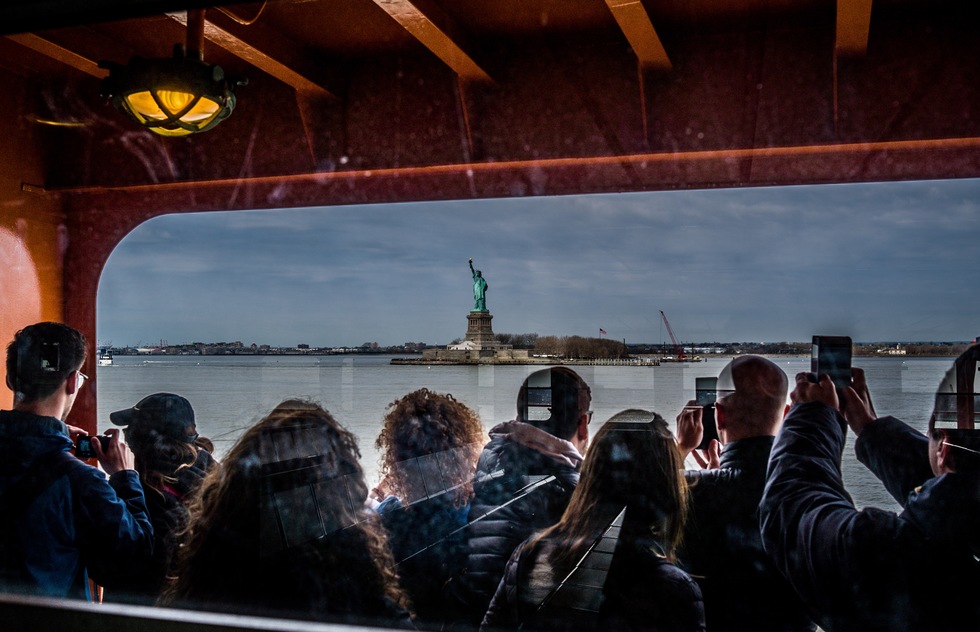 Phil Roeder/Flickr
You can take a harbor cruise for free (or just $2.75)
The freebie is the Staten Island Ferry (pictured) and it has stellar views. But 2017 saw the debut of a whole slew of ferries going to destinations that range from beachy (Rockaway in Brooklyn) to buttoned up (Wall Street in Manhattan). The new NYC Ferry reaches every borough except Staten Island. For the complete list of docks, click here. Who said NYC had to be expensive? 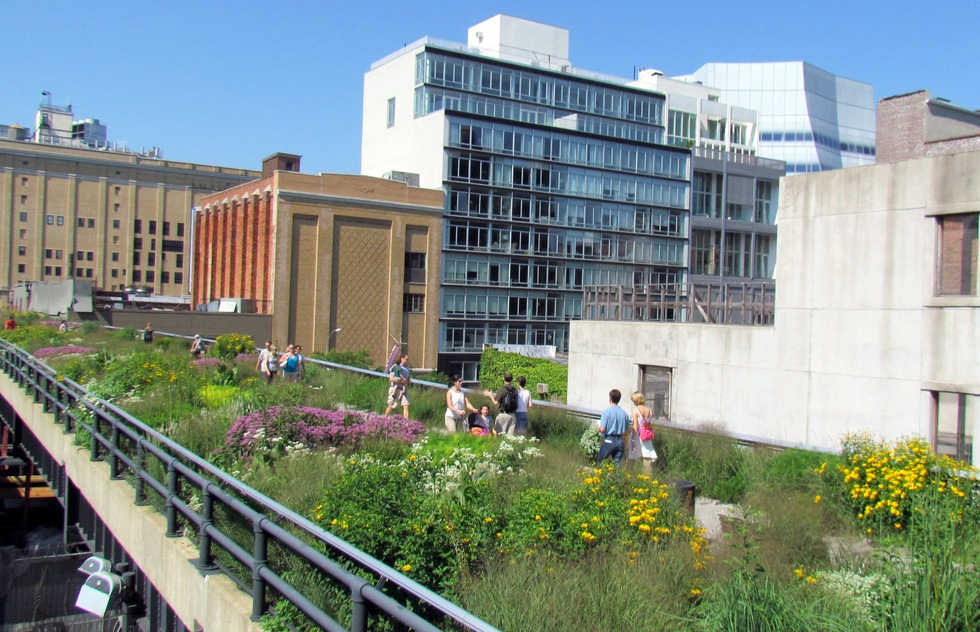 David Berkowitz/Flickr
It's one of the “greenest” places in the country
That's right: This concrete jungle is actually an environmentally friendly place to live. Because so many New Yorkers rely on public transportation, it has the lowest level of car ownership in the U.S.A. Its population density also means most residents live in apartment buildings, which are inherently more energy-efficient than individual homes. And NYC has more acreage devoted to parks than any other American city (except for Minneapolis), including the innovative High Line (pictured), a park set on an abandoned elevated railway trestle; and Brooklyn Bridge Park with its foodie-friendly concessions and striking Manhattan views. 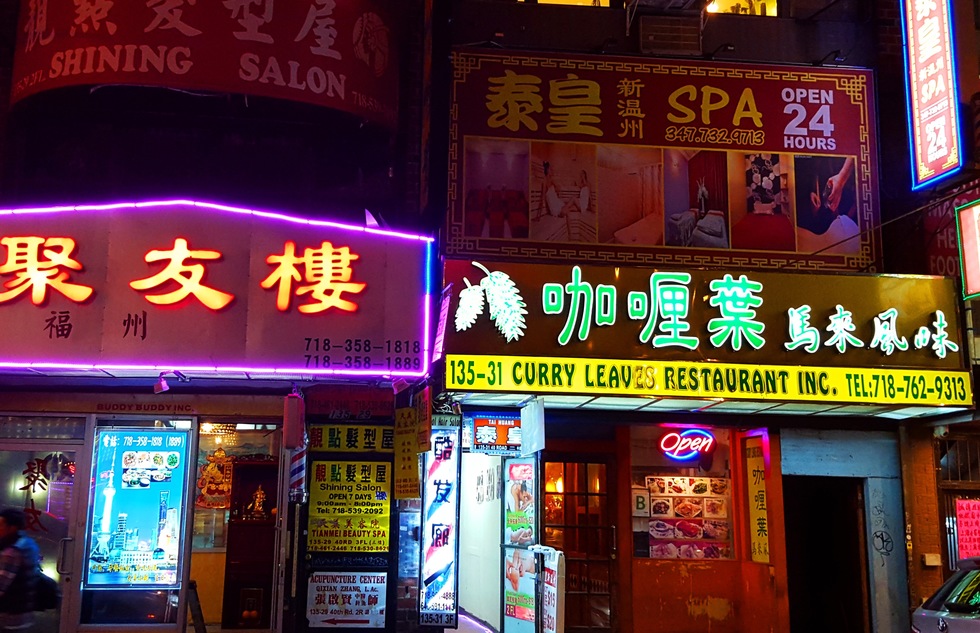 By which I mean that the usual caricature of the city’s residents—guys with the thick Archie Bunker accents and big attitudes—is outdated. In truth, one out of every three New York City residents today is foreign born, which makes the city extraordinarily vibrant. Don’t believe me? Visit the Asian melting pot that is Flushing in Queens (pictured); the Ukranian and Russian shops and restaurants in Brighton Beach, Brooklyn; or the Irish enclave of Woodlawn in the Bronx. They, and other “ethnic” neighborhoods are what NYC is all about—a tapestry of cultures, and peoples living peacefully side by side. Because if you move here, you’re a New Yorker, no matter where you were born. No ifs, ands or buts. 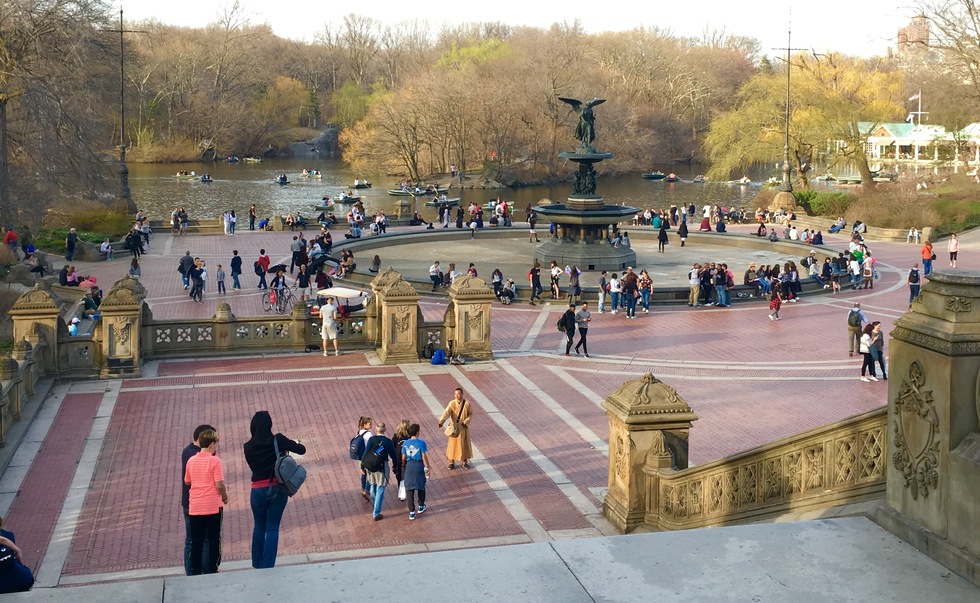 Pauline Frommer
Central Park is a fake
As you walk around this fabled oasis, you’d be forgiven for assuming that the grassy knolls and sparkling ponds were protected by visionary environmentalists when the park was established. In actuality, nearly everything you see was planned by landscape architects Calvert Vaux and Frederic Law Olmsted. That includes the dirt under your feet (it was brought in from New Jersey) and the trees (also imported). It took thousands of men several years, and then over a century of time, to create the landscape you see today. Before Central Park was built, part of the area was settled (the people were evicted) and other parts were swampland. 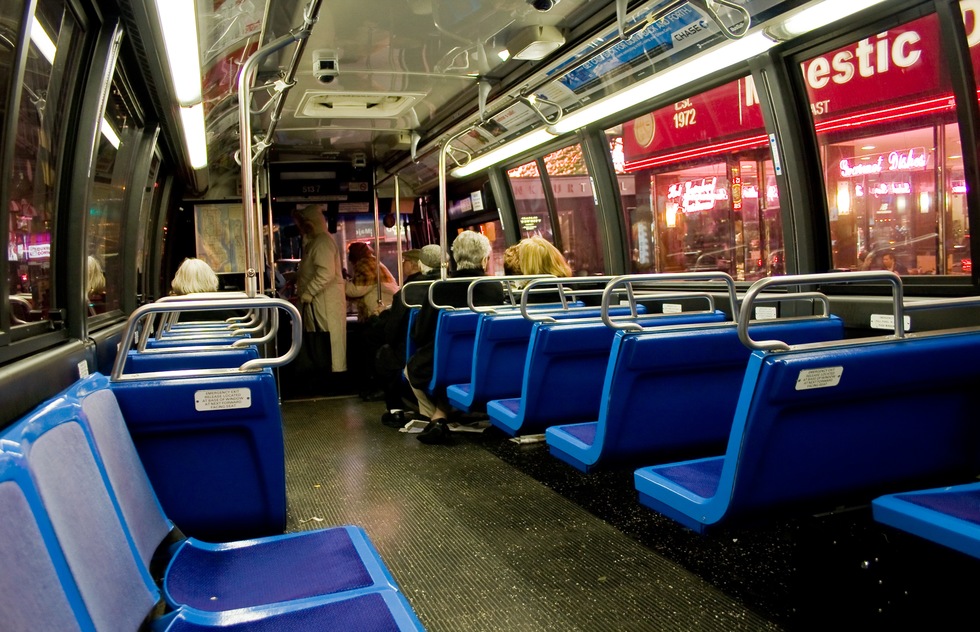 Jason Kuffer/Flickr
Bus drivers will make requested stops
Yes, it’s true, but only from 10pm until 4am. During that period, if you want to get off a bus between official stops, simply ask the driver. He won’t go off the route for you, but he will stop early so that you have less of a walk. 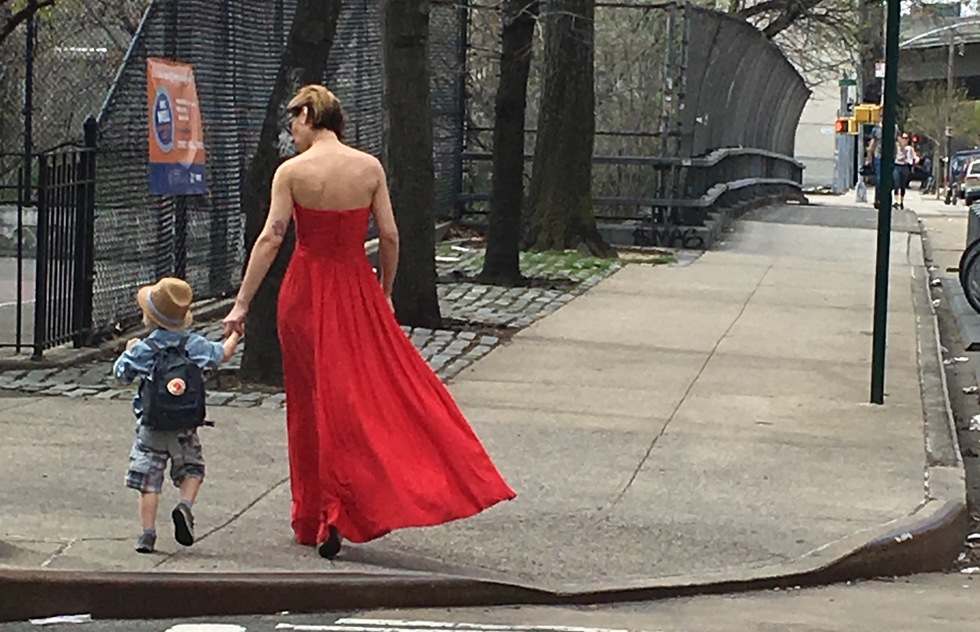 Pauline Frommer
Brooklyn used to be its own city
And some wish it still was. It officially became part of New York City on January 1, 1898. If the boroughs of New York City were to secede from one another, Brooklyn would instantly become the third most populous city in the nation, after Los Angeles and Chicago. And it certainly has world-class sites that would make other cities green with envy, like the centuries-spanning Brooklyn Museum, the lovely Brookly Botanic Garden and Central Park's Olmsted and Vaux' other masterpiece of landscape architecture, Prospect Park. So go visit! 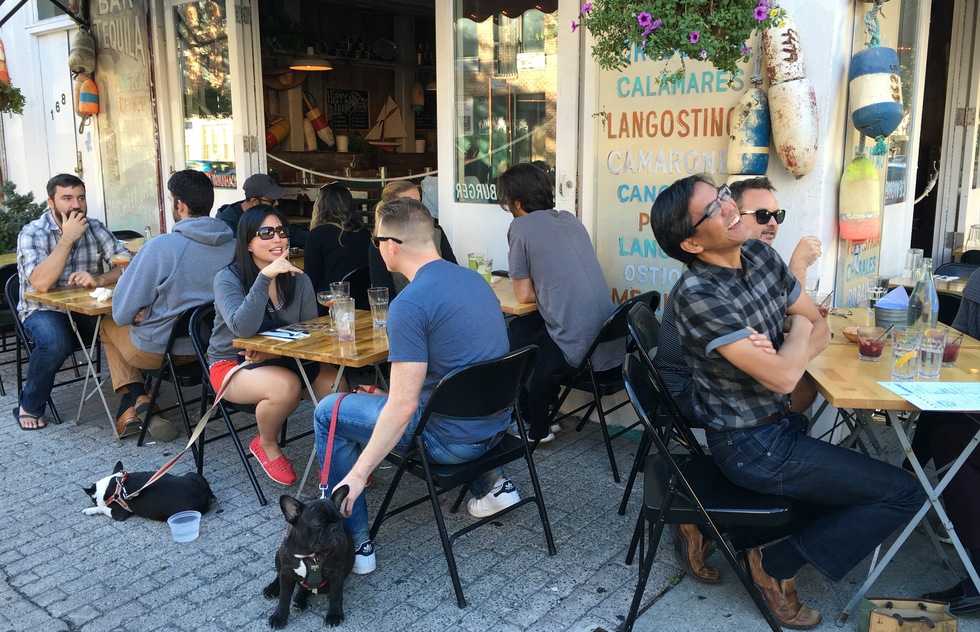 Pauline Frommer
It's friendly. Really.
Opinion polls about the kindest, gentlest cities vary. Some rank New York City as one of the friendliest cities in the United States (thanks TravelZoo and Coupon Code!). Others diss the city as the rudest (I’m looking at you, but politely, Condé Nast Traveler). Wherever you go, I think you’ll find a city where people are generally open and welcoming….but they do tend to be wrapped up in their busy days. So if you’re lost and need directions, don’t tap the shoulder of someone rushing by—you could get rebuffed in return. Instead, pull out your guidebook or map and simply look befuddled. Within seconds, someone will stop to help you. I promise.
Arts and Culture
Local Experiences
Money and Fees
Vacations