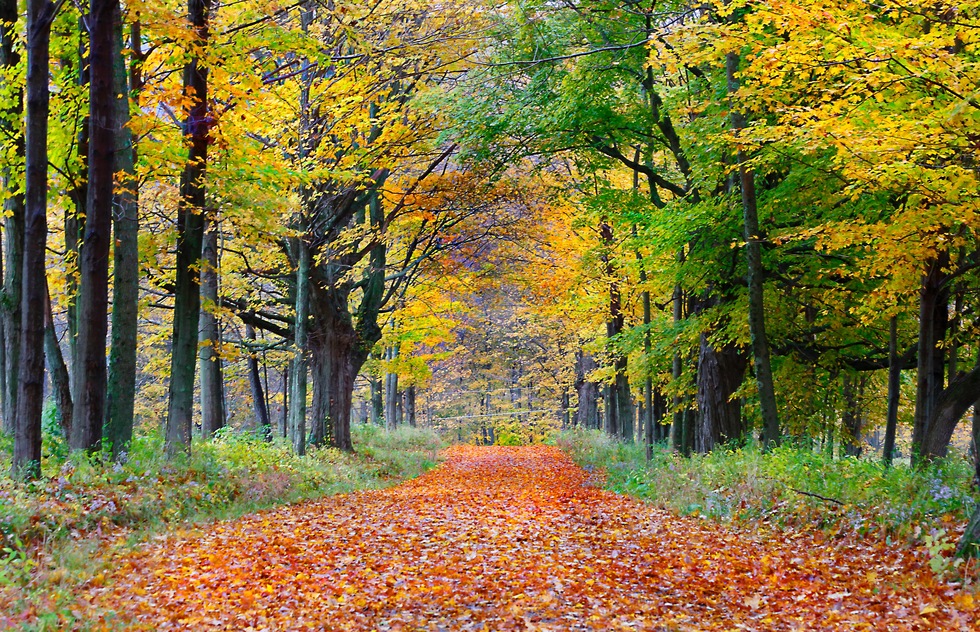 The Top 10 Things to Do in the Berkshires

By Pauline Frommer
Practical concerns determine where most people settle. Not so much in the leafy Berkshires, though. Come here, talk with the residents, and you’ll find that many moved to Lenox, Stockbridge, Great Barrington, Williamstown, and other Berkshire towns, for a much more singular reason: inspiration.

It's been that way for centuries. Artists, the wealthy folks who hire them, and many others have found life more elevated here, and not just because of the glorious mountain vistas. This is a place where culture is revered and Mother Nature is left, thankfully, to her own devices. Where summer evenings often include a concert, and mornings a heart-pumping hike. 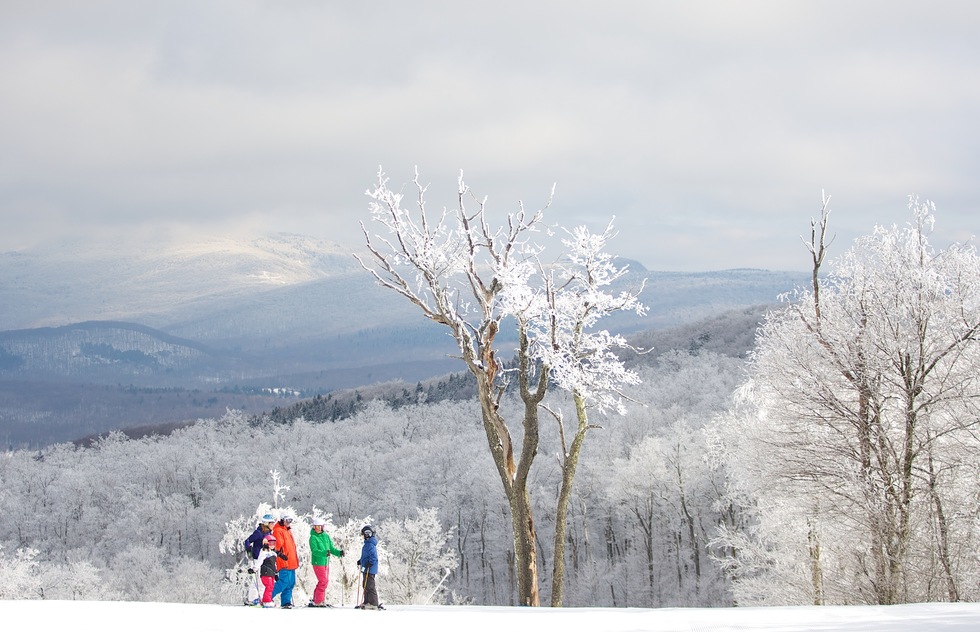 A region of rolling forests
Generally, when people discuss this region, they’re talking about an area in western Massachusetts and western Connecticut that’s bordered by the Taconic Mountains, the Housatonic River, and the Hudson Highlands.  The Berkshire Mountains are actually part of the Appalachian range, but they’re more rolling than regal. They tend to be around 1,000 feet shorter than what you’ll find across the border in Vermont. Still, these are lovely peaks, shrouded in cerulean blue come dusk and densely wooded. Come winter, many open as friendly, if not super-challenging, ski resorts. 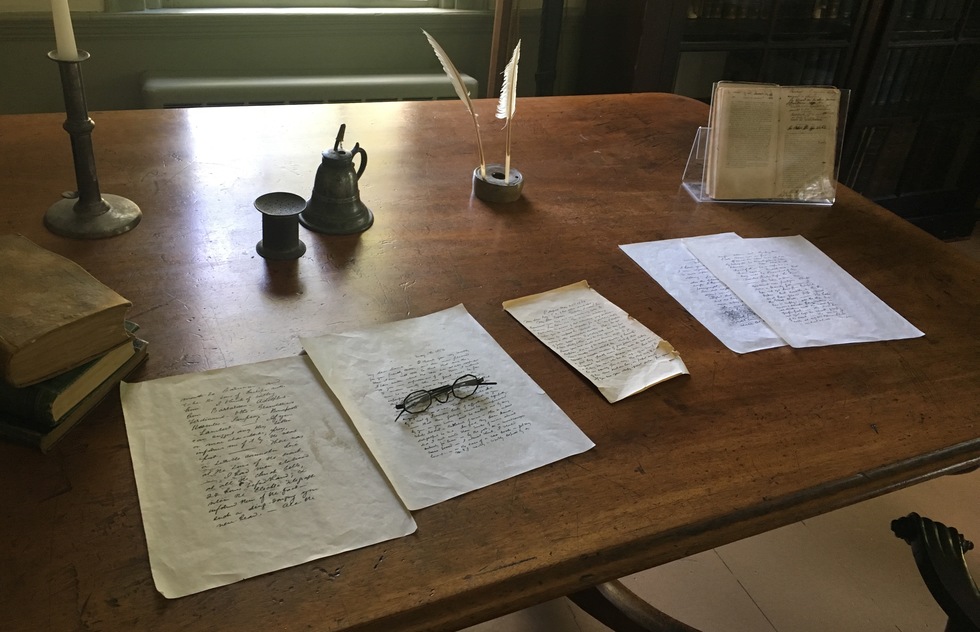 Pauline Frommer
Herman Melville’s Arrowhead in Pittsfield, MA
Though we associate Moby-Dick author Herman Melville with New York City and Nantucket, when it came time to write his magnum opus, he purposefully retreated to serene Pittsfield, Massachusetts. The Melville clan—Herman, his wife, mother, children and two sisters—lived in this converted farmhouse during the author's most productive years, from 1850 to 1863.

You'll learn all about Melville's time here from guides who are clearly besotted with him—it's great fun to be in his company (even for those who only pretended to read Bartelby the Scrivener in college.) Go and you'll understand why Melville had his porch built on the "wrong" side of the house, the better to view a distant mountain that looks like a breaching whale (it really does). 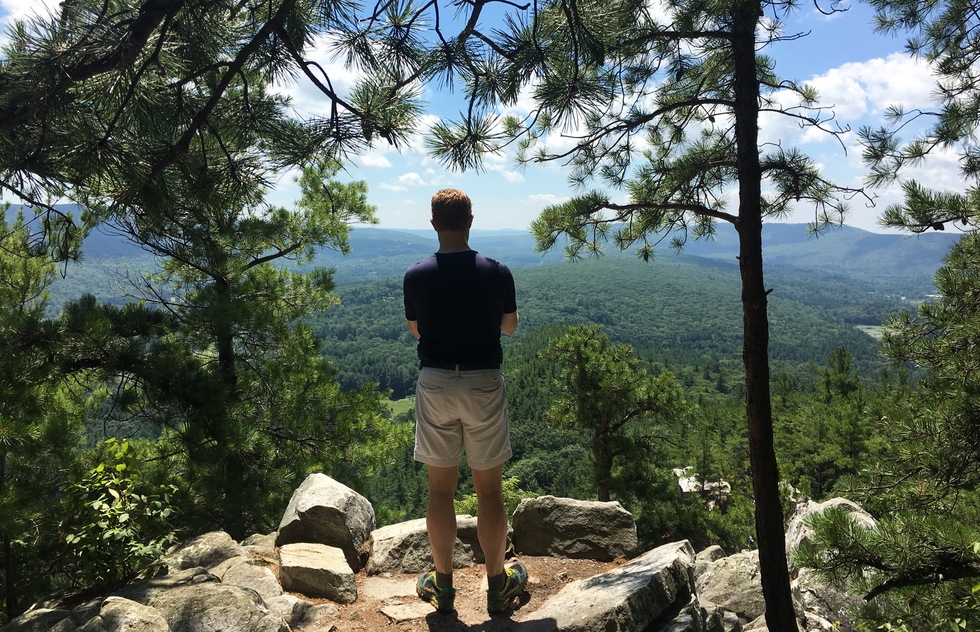 Pauline Frommer
Monument Mountain (near Lenox, Massachusetts)
When Melville vacationed in the Berkshires, right before he decided to move here, he and Nathaniel Hawthorne, of Scarlet Letter fame, were set up on a literary blind date. Mutual friends decided the two novelists should meet and so they hiked up this mountain, also in the company of jurist Oliver Wendell Holmes and others. Legend has it that during a downpour, the two to were cut off from the rest of the group and sheltered under an overhanging rock for an hour. During that time, supposedly, Hawthorne convinced Melville, who at that point had only potboilers on his résumé, to take a more serious tack with Moby-Dick. Whether or not that’s true, the view-rich hike is one that could inspire great literature, and has been popular for centuries: You’ll see stairs cut into some of the stones on the easiest trail to the top (there are three) so that ladies in voluminous skirts could get to the summit with their picnic baskets. 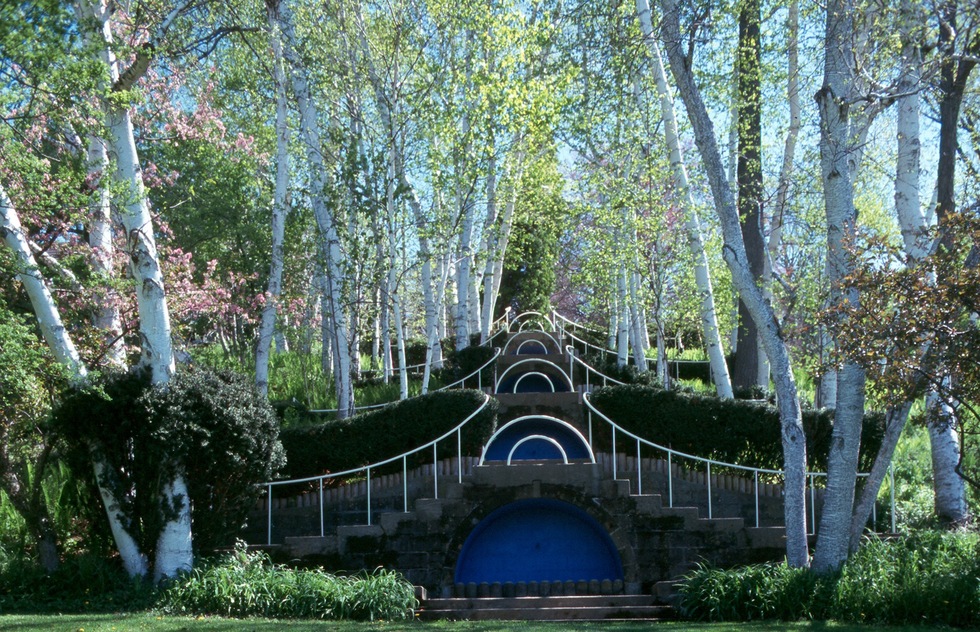 Massachusetts Office of Tourism
Naumkeag, Stockbridge, Massachusetts
The Berkshires were known in the late 19th and early 20th century as “Inland Newport” because, as in that seaside resort city, the wealthy built magnificent mansions that they perversely called “cottages”. You can tour a number of these grand estates, but my favorite is quirky Naumkeag, designed by Stanford White, a “starchitect” of the Gilded Age.  White disliked square rooms, so each one here has angles and curves galore, often in the most unexpected places. Unlike the other historic houses in the area, this one passed directly from the family to the trustee organization, so all of the exquisite furnishings, many brought back from Asia, are original.

The house almost wasn’t built. Owner Joseph Choate was a wealthy corporate lawyer with an idealistic streak: he worked to put Boss Tweed, the corrupt backroom kingpin who controlled New York City politics, in jail. His family fell in love with a grand 200-year-old oak on the grounds (it’s now more than 300 years old) and were determined to build here until they discovered the land belonged to Tweed’s lawyer. But among gentlemen of that day even courtroom battles could be overcome—for a healthy chunk of change.

Pictured: The unusual, and elegant, irrigation system for the gardens at Naumkeag 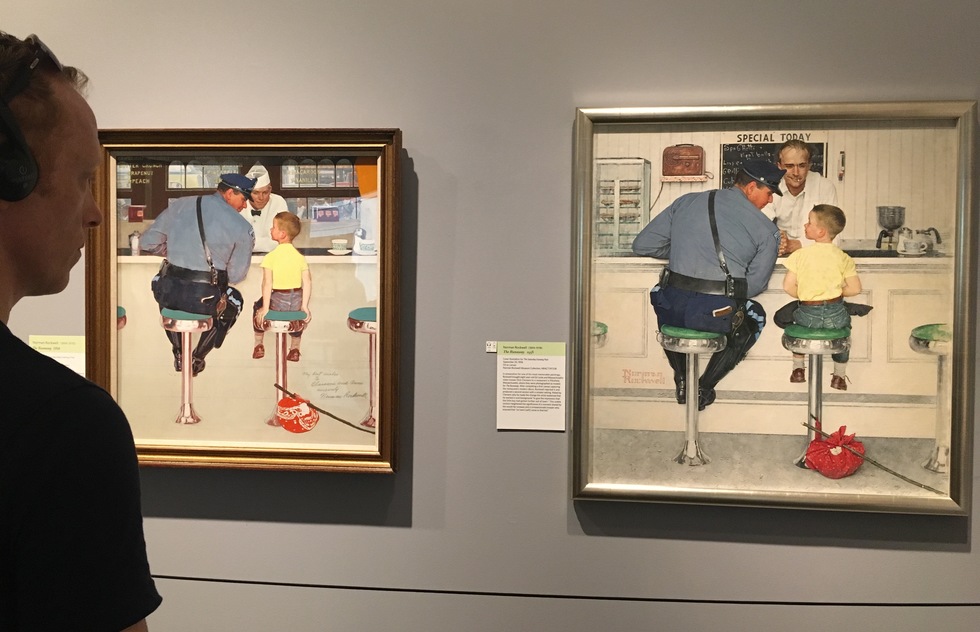 Pauline Frommer
Norman Rockwell Museum, Stockbridge, MA
You may already have an idea of what the Berkshires are like even if you have never visited. Thank Norman Rockwell (1894-1978). He made the town of Stockbridge and its citizens famous in his illustrations of daily life for the covers of various magazines, most notably The Saturday Evening Post. This superb museum takes visitors through his unusual creative process, which involved coming up with a storyline, choosing which neighbors to model, coaching them to be expressive in front of the camera, and turning the resulting photos into paintings. Be sure to get the audio tour: Many of his models speak on it, and their memories of working for Rockwell, and what the content of his paintings meant to them and their community, make this feel as much like a history museum as an art museum.

You'll also see most of Rockwell's iconic works, including his painting of a family at Thanksgiving; and his sobering rendering of a young black girl being escorted by National Guardsmen to school during the early battles over desegregation. Rockwell was a noted civil rights advocate, something that may come as a surprise to those who feel that his most famous works idealize white 20th- century America. 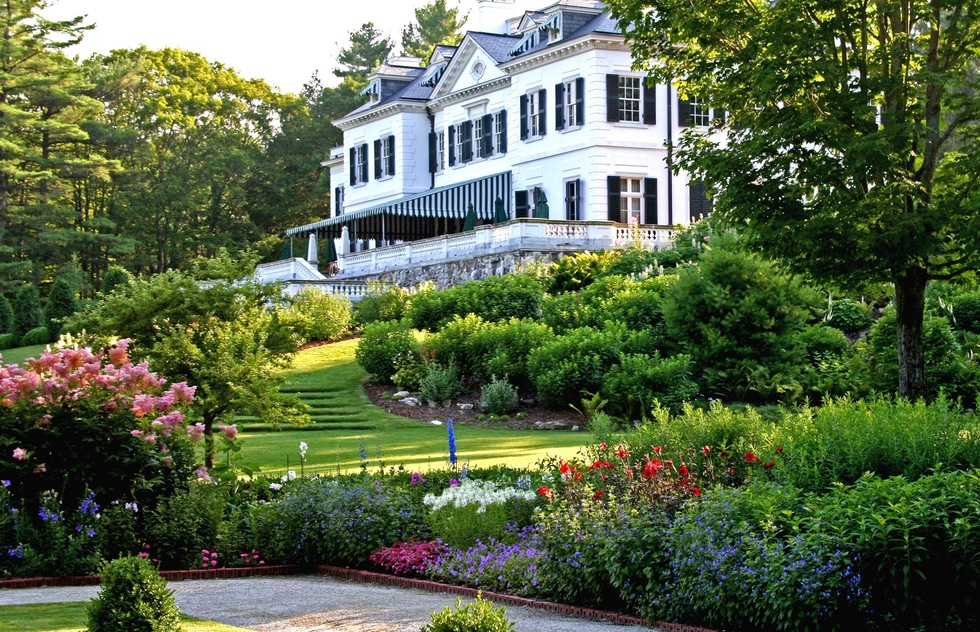 David Dashiell/Massachusetts Office of Tourism
The Mount, Lenox, Massachusetts
In 1902, nearly 40 years after Melville had quit the Berkshires, literary lioness Edith Wharton moved to town. An amateur landscape architect, she designed the formal gardens and manicured landscape that surrounded The Mount, the handsome “cottage” she had constructed in the British Carolean style (think lots of pediments and severe symmetry). Like Melville and Hawthorne before her, the Berkshires acted as a potent muse: Both Ethan Frome and The House of Mirth were written during her ten-year residence at The Mount. Though it passed through many hands, today The Mount has been restored to look much as it did during Wharton’s day (the gardens are exquisite). 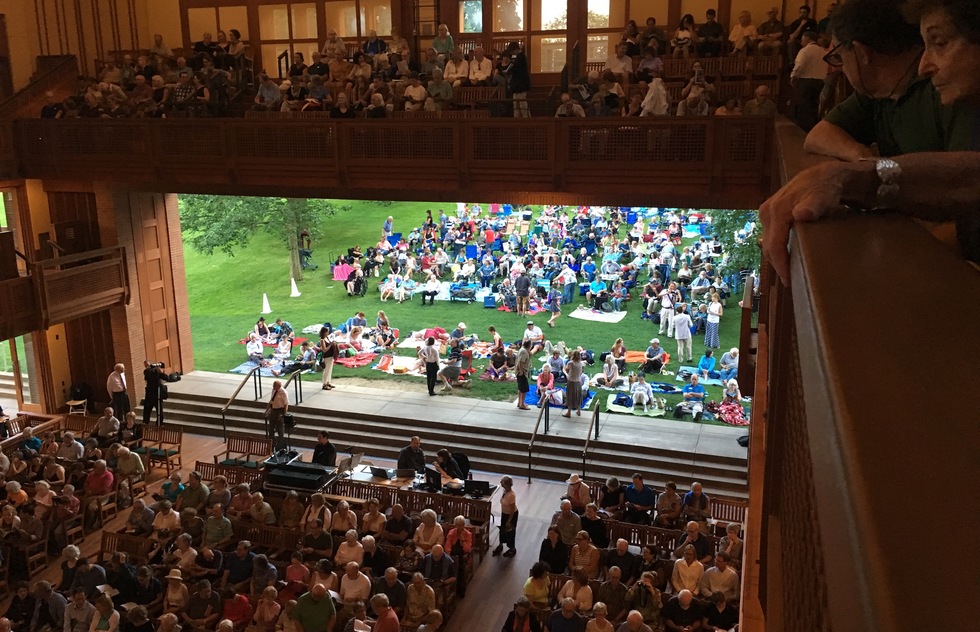 Pauline Frommer
Tanglewood Music Festival, Lenox, Massachusetts
In 1936, the Boston Symphony Orchestra was added to the cultural mix of the Berkshires, performing its first festival of music at Holmwood, a former Vanderbilt estate (still tourable today). The concert drew 15,000 and the attention of the local grandees: that winter, Mrs. Graham Brooks and Miss Mary Aspinwall Tappan offered their 210-acre estate and houses to the orchestra for free. The Tanglewood Festival has been going strong since then. Pick a big name in classical, and even pop, music—Yo Yo Ma, James Taylor, Emanuel Ax, Diana Ross—and they’ve likely spun a tune here. Tickets often sell out well in advance. That being said, it’s usually possible to get a seat on the lawn outside the two main venues, where you’ll hear the music and get a glimpse of the performers from a distance, and you can bring a picnic (the ideal way to go, I think, and much cheaper). 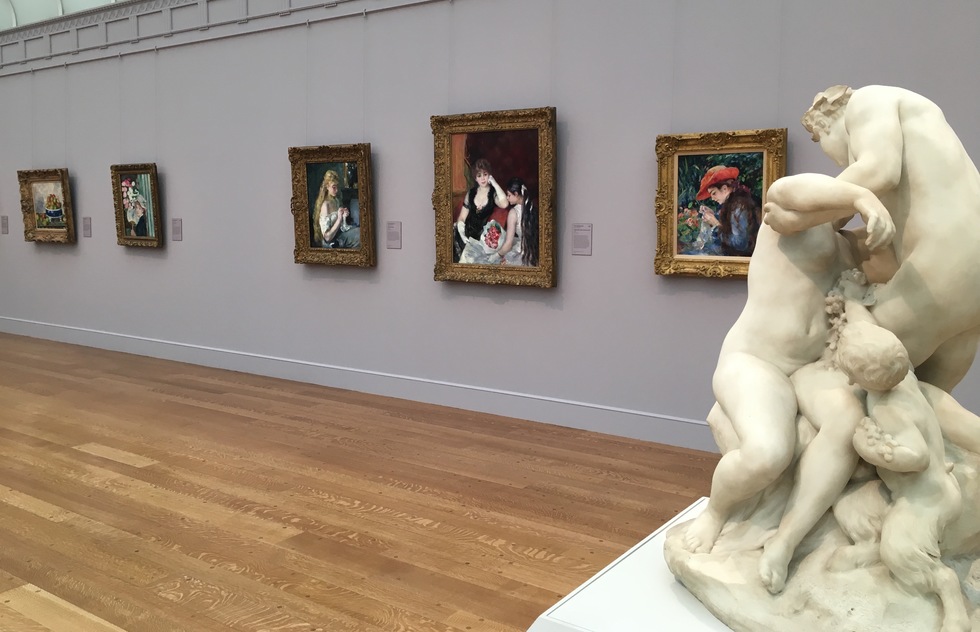 Pauline Frommer
The Clark, Williamstown, MA
It's startling to find a museum with this breadth and depth in a small burg like Williamstown. Yet, here it is, one of the finest art museums in the United States with a collection that spans centuries and includes masterpieces. Though its best known for its collection of Impressionist works (with a particular emphasis on Renoir and Degas), the museum is just as strong in decorative arts. It has the largest 18th- century furniture collection in the United States, a trove of silver that experts feel is second only to HRH Queen Elizabeth’s collection, and 300 sets of fine porcelain, including exquisite ones created for Marie Antoinette and Catharine the Great. The Clark owns 300 Winslow Homers, an important work by Piero della Francesca (one of only 4 by this Early Renaissance master in the United States), and pieces by Rodin, Memling, Corot, and others. There’s a lot, so try to show up at 11am or 3pm for the expertly led highlights tours. Doing so will give you enough time to wander the estates grounds, which are also darn lovely. 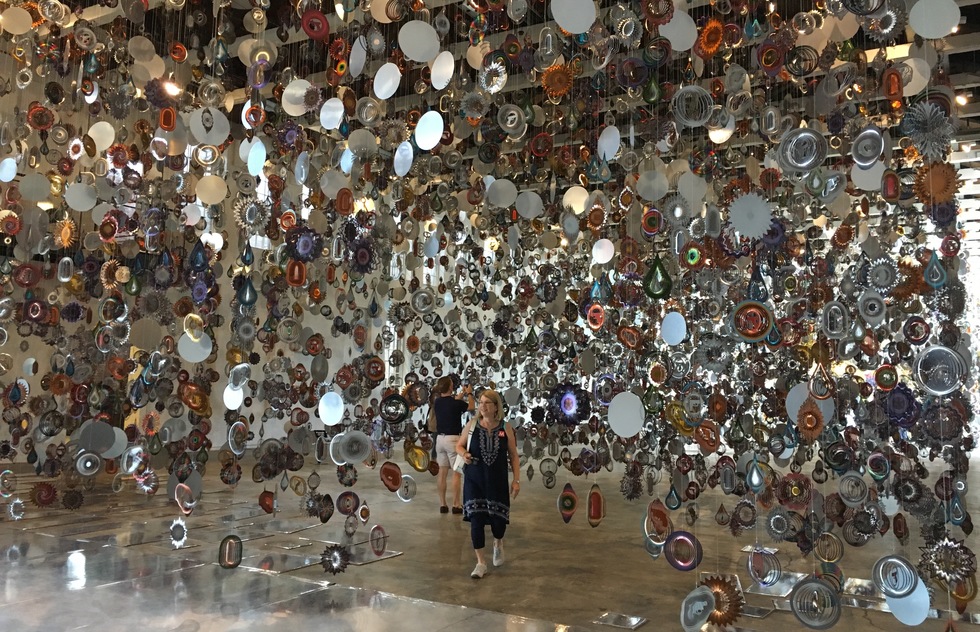 Pauline Frommer
MASS MoCA, North Adams, Massachusetts
And MASS MoCA is a museum that could only be in a small town, because most cities wouldn’t have enough affordable real estate for an institution this sprawling. Dedicated to contemporary art, MASS MoCA is set in a giant factory that once manufactured triggers for atomic bombs. That seems appropriate since the art here can be explosive: political works on Guantanamo Bay by Jenny Holzer, monolithic abstract sexual fantasies by Louise Bourgeois, ornate collages by Robert Rauschenberg. Each year, today’s artists are invited to transform some of cavernous former factory floors for temporary installations, and these can be lollapaloozas, like the 2017 Nick Cave exhibit which mixed hundreds of dangling, decorative mirrors with sculptural clouds of found objects, at the top of ladders. 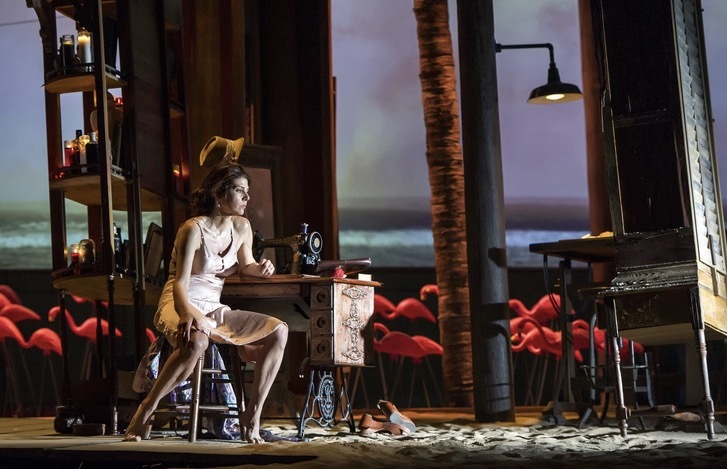 Daniel Rader
Williamstown Theatre Festival, Williamstown, Massachusetts
Not only do such luminaries as Christopher Walken, Sigourney Weaver, and Bradley Cooper regularly perform at this theatrical haven on the campus of Williams University, but they’re also often here to debut brand new plays and musicals. Some of these shows only play Williamstown, but many more move to other venues, including more than half-dozen that ended up on Broadway in the last two decades. Whatever you see, old play or new, the work is top-quality (as the Tony committee recognized in 2002 when it named the Williamstown Theatre Festival Best Regional Theater in the United States).  Don’t fret if you can’t get a ticket to a mainstage show; most summer nights there will also be offerings on the secondary stage, which is used for more experimental work, and at the cabaret. Parents: There are also excellent free, outdoor shows for kids. 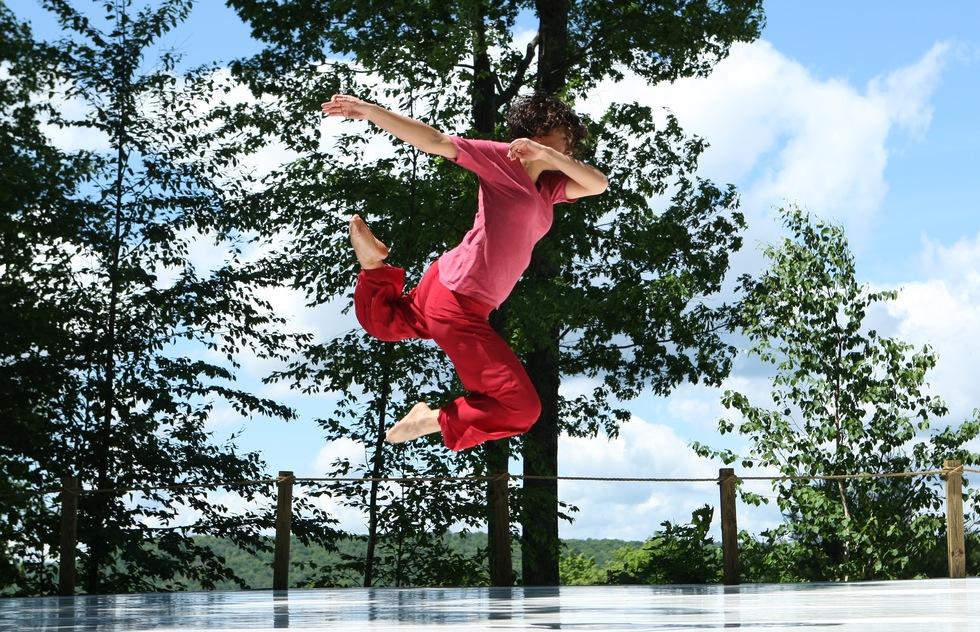 Massachusetts Office of Tourism
Jacob’s Pillow, Becket, Massachusetts
Modern dance, like jazz, is a distinctly American art. Each purposefully broke away from European traditions (ballet in the case of dance) to create a medium that was, in its roots, uniquely American. Two of the pioneers of modern dance, Ruth St. Dennis and Ted Shawn, were the founders of this festival in 1933.  So strong was their influence that even today, there are few greater honors for choreographers and dance companies than to be invited to perform at Jacob’s Pillow. Today, modern dance is a global movement, of course, and the programming reflects that—America’s Paul Taylor Dance Company and Trisha Brown Dance Company performed here in 2017, as did Japan’s Eido Atake, and Cuba’s Compania Irene Rodriguez. 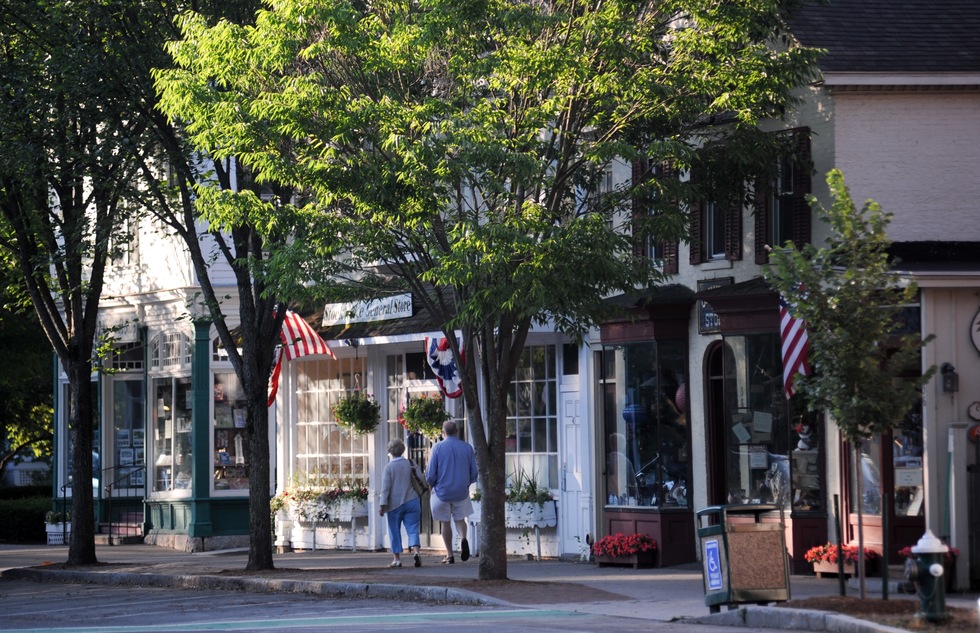