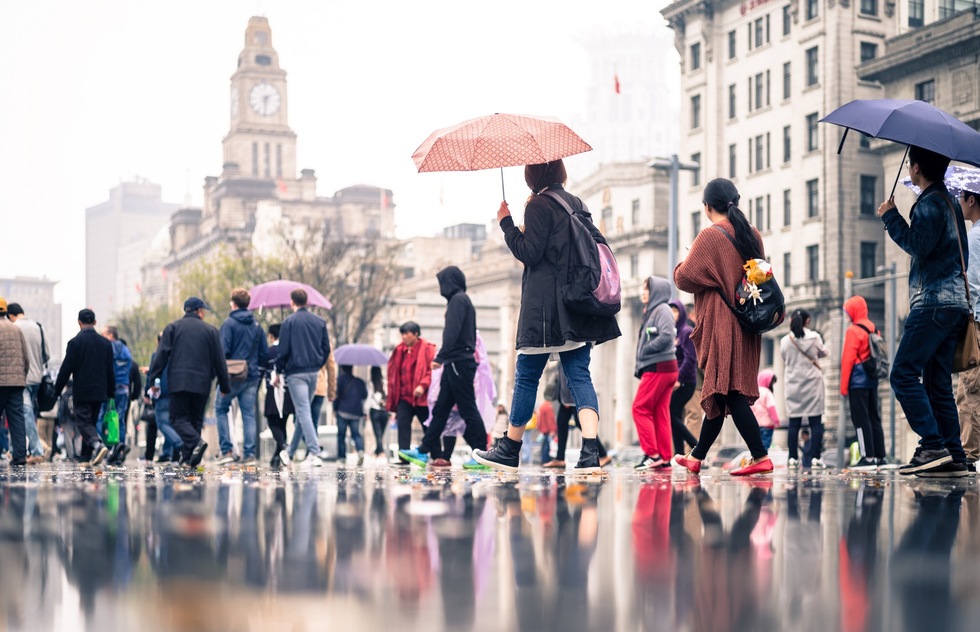 China can feel like a world unto itself—different ATM systems, different methods of paying, even different styles of bathrooms. If you're planning a vacation in China, there are a few things you'll want to take care of before leaving home if you want your trip to go smoothly. Once you have your travel planning done, take a few extra steps to ensure you'll be able to navigate China's sometimes unique ways of doing things. 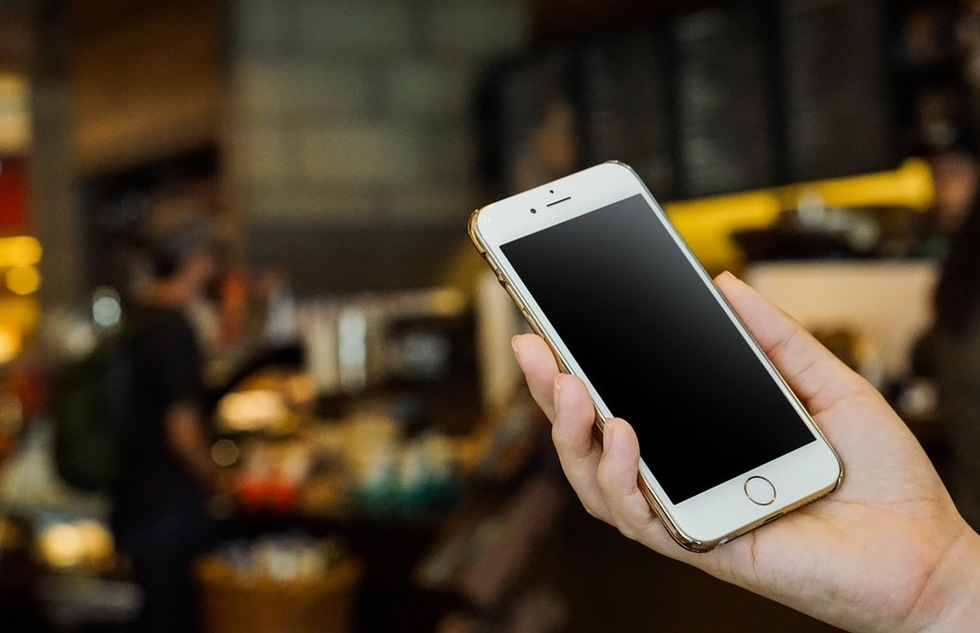 Make sure your phone will work

If you plan to go online while you're in China, you need to have a working phone number. Why? Because when your regular websites (like Twitter, Gmail, and others) detect that you're trying to log on from another country, many of them will automatically send a text to your phone that contains a code to verify it's you. Many Chinese Wi-Fi hotspots also require a phone number before they let you log on. If you can't receive those verification texts, you can't access the Internet. That's why it's usually best to go with a roaming plan for your regular phone number rather than buying a SIM card once you're in China. 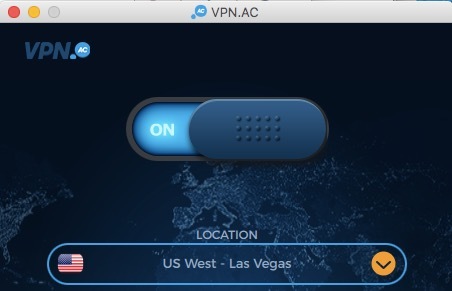 Twitter, Gmail, YouTube, Facebook, Instagram—all of them are blocked in China because of their potential to spread dissent. Visitors can get around that obstacle by using a Virtual Private Network (VPN). It's an app that routes your traffic through an international server instead, for a fee of around $10 a month. The Chinese government plays Whac-A-Mole with VPNs—one that works brilliantly this year will be out next year, and another will rise to take its place for a while. In any case, you must download your VPN app before you leave home; in China, it won't be available. 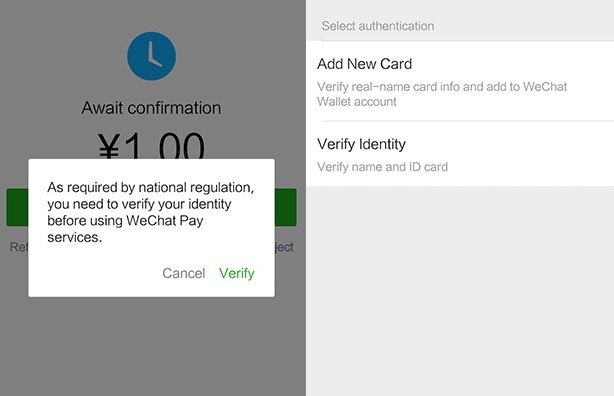 Chinese people don't use WhatsApp to chat with each other—it's banned, too. They use WeChat, the Swiss Army knife of apps that has some 900 million monthly users, mostly in Asia. WeChat is a wonder: It hails taxis, orders food delivery, enables texting and money transfers between friends, and, most importantly, serves as a payment center. If you're able to associate a credit card with a WeChat account, you'll be able to pay for things with a PIN plus a scan by the clerk at the register. This isn't just a nifty gimmick. In China, people use mobile payment more than 50 times as often as consumers in the United States. Lots of places—even subway-station vending machines and McDonald's—won't accept cash or your American credit card. But nearly everyplace accepts WeChat scans. Even many street markets are now cash or mobile payment only. The problem, and it's a big one: It's designed for people with Chinese banks, but some tourists have figured out how to get around this by loading their accounts with money transfers from other WeChat users before they begin their vacations. (Android; iOS) 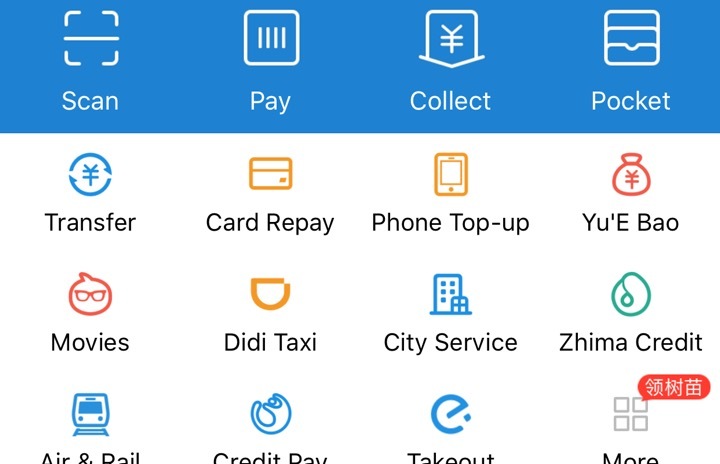 The other major smartphone payment system in China is Alipay. So in addition to getting WeChat Wallet, download Alipay. Right now, getting it to work if you don't have a Chinese bank card is a trial beleaguered by road blocks, but improvements are being made all the time, so hopefully a door will open for foreigners soon. With Alipay and WeChat Wallet, you'd have the ability to pay nearly everywhere in China, including in taxis. Where these apps aren't accepted, or if you can't get signed on, cash will do the rest. That goes for Hong Kong, too. 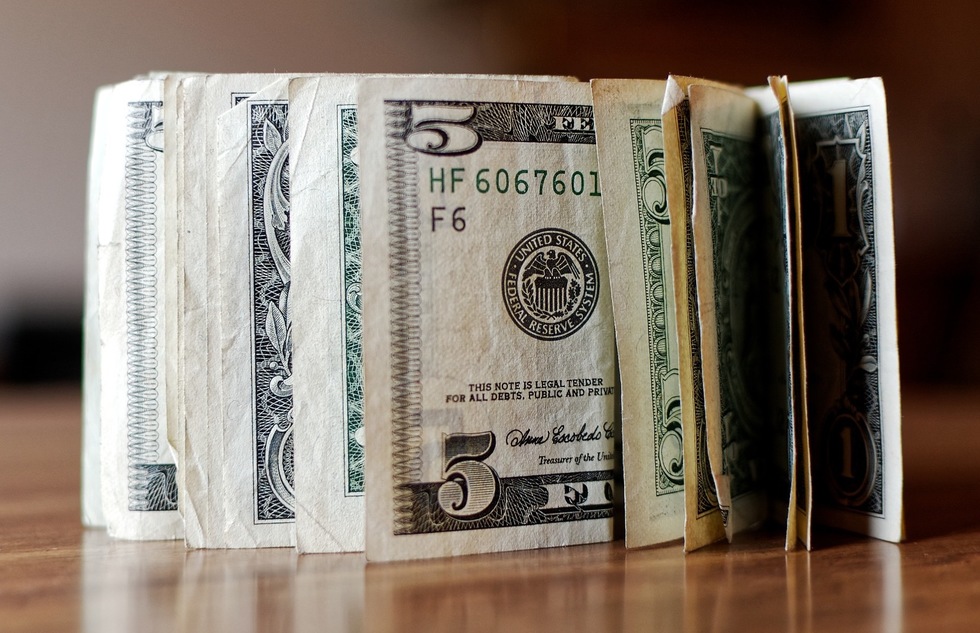 Since non-Chinese credit cards are so often refused, cash becomes more important to tourists. Yet Westerners may have to hunt around for an ATM that works for them. The best options: Bank of China, Industrial and Commercial Bank of China (ICBC), China Construction Bank, The Agricultural Bank of China, and Citibank. If you still can't find an ATM, having U.S. dollars as a backup usually comes through. There are machines at the airport that instantly change greenbacks into yuan (you'll need your passport since the government tracks transactions). Hotels are also likely to be able to help you exchange your home currency. 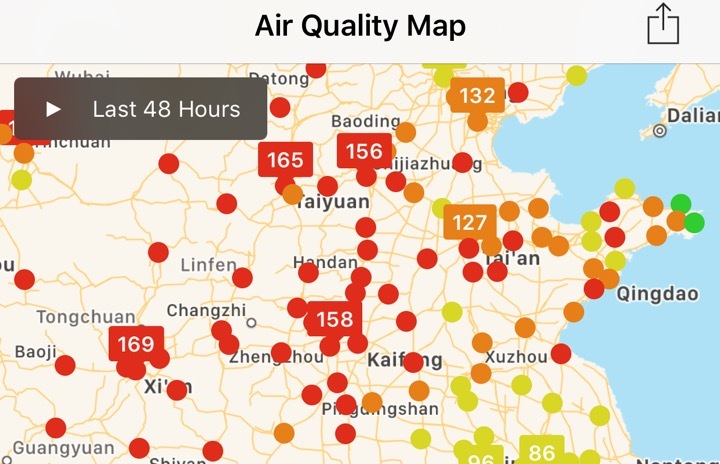 When they told you the air in China can be dangerously polluted, they weren't joking. Some days in Shanghai, you can barely see across the Huangpu River. Locals check the air quality as regularly as they check the weather, tailoring the day's exertions accordingly. Download Air Matters, which will not only give you advisories for wherever you go in China, but can also keep you updated for any world city you visit later. 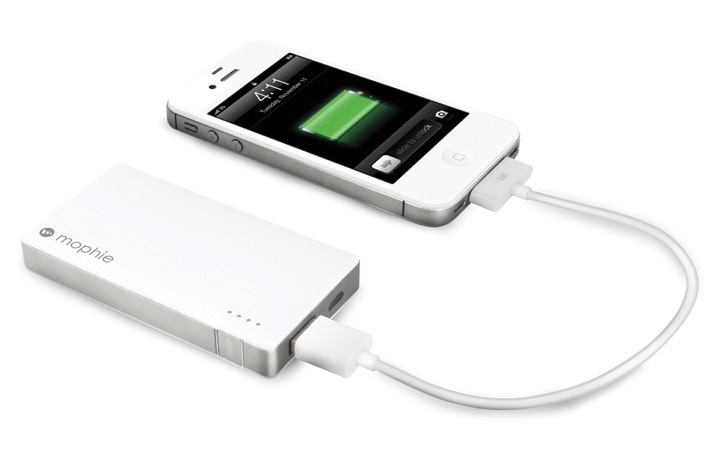 Rechargeable batteries—the kind you might use to top up your smartphone on the go—may not create a fuss as you leave your home airport, but when you fly back home, Chinese security agents are obsessed with them. Because lithium powerbanks have an unpleasant history of spontaneously catching fire, China strictly controls what is allowed onto planes. Your external batteries must be labelled with their capacity, which must be declared if it's between 100wh—160Wh. Nothing over that will be allowed. You can have a maximum of two batteries, and you must carry them instead of checking them. If your battery isn't labelled with its technical specs, or if it exceeds the limit, it will be tossed in the nearest trash can before you're allowed to board your flight. 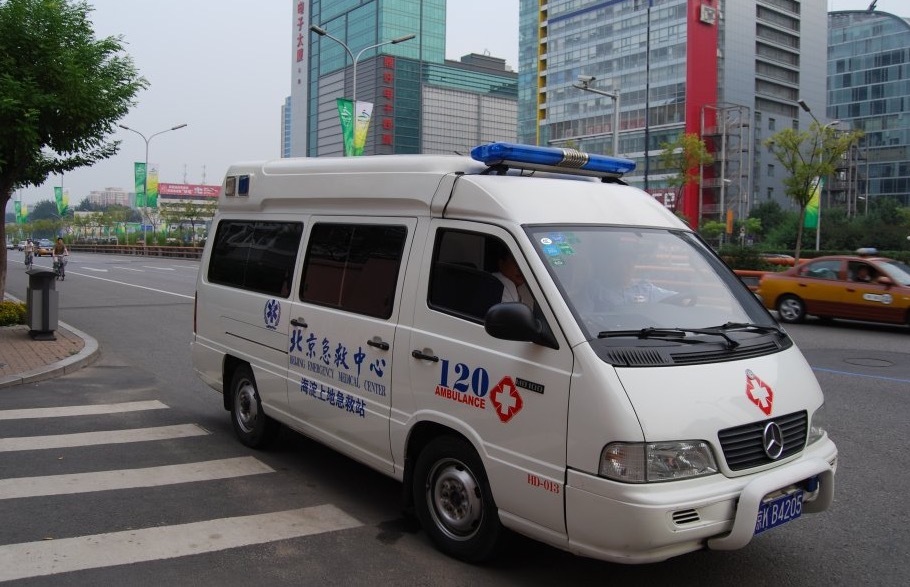 This goes for any international trip: Buy insurance that covers medical emergencies because your regular health insurance, if you have it, is unlikely to work outside your national borders, and it almost certainly will be useless in China. Squaremouth.com and InsureMyTrip.com are two sites where you can plug in the details of your needs so they can deliver options from various insurers that fit the bill. You can't do this once you're in China—it must be done from home. 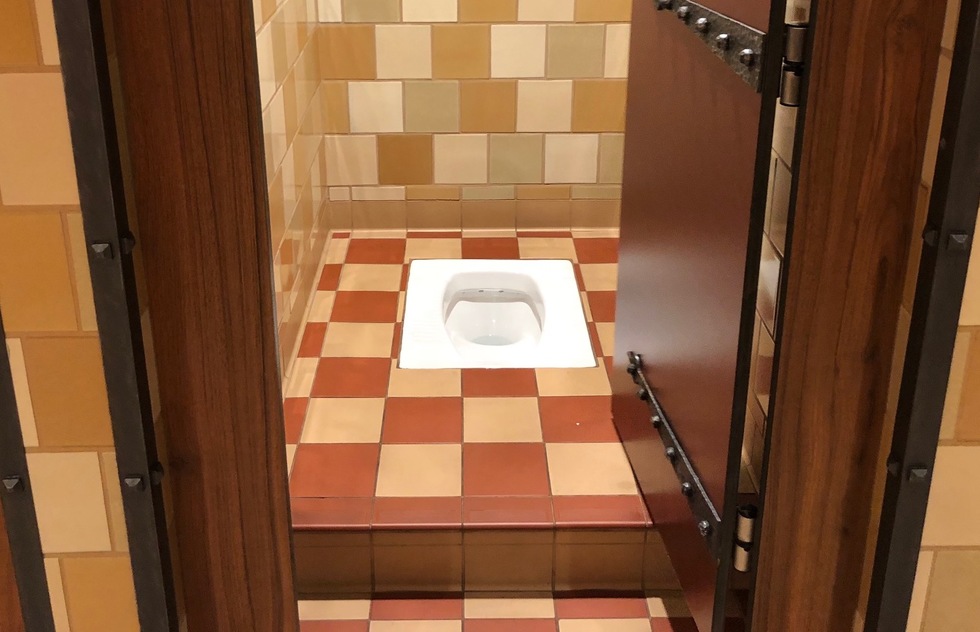 Meet your toilet. It's of the squat variety, Asia's most common commode mode. Hotels and major attractions are likely to have some Western-style toilets, and at those places, they're likely to be as clean as this one at Shanghai Disneyland. But don't count on either. Count on an adventure—and because most public toilets don't supply paper, the adventure could be an unpleasant one if you don't plan ahead. Public restrooms are usually free, but you may have to purchase toilet paper from an attendant for a yuan or two (15¢—30¢). Better yet, bring a little tissue of your own. But don't flush a wad of it—many Chinese pipes are old and can't handle more than a couple of sheets at a time. 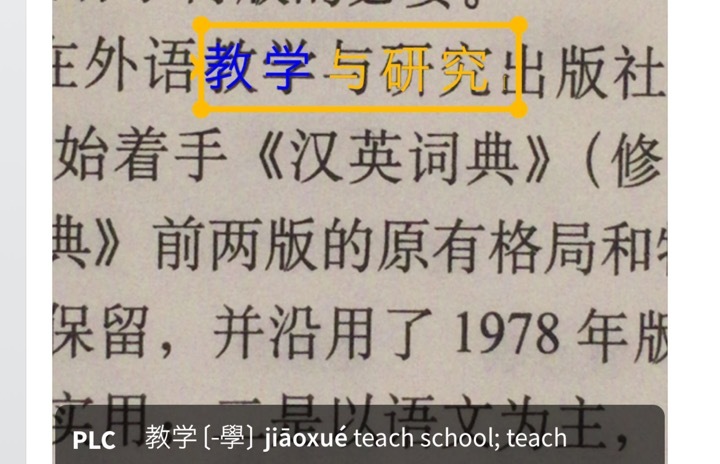 You'll never fully surmount the language barrier, but you can give yourself a leg up. The app Pleco is an all-purpose translator. It can define Chinese characters based on a finger's sketch of them, translate documents that you load into it, and for a small fee, translate characters that you capture in the moment with your phone's camera (provided you hold still). Other apps do similar tricks, but this one's the most widely used.