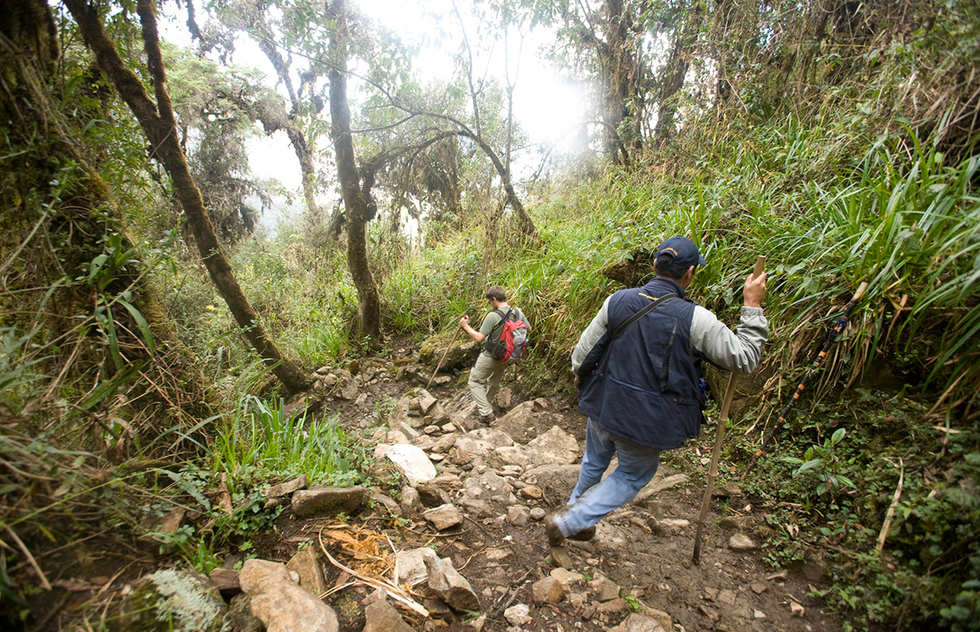 For adventure seekers, Peru is one of the world’s most dreamed-about destinations. From hiking Andean trails into lost cities to surfing some of the Pacific’s longest waves, there is no shortage of thrills to suit any budget or level of intensity. Here you’ll find the world’s deepest canyons, jungle hotspots with unparalleled biodiversity, and the highest mountains outside of the Himalayas. 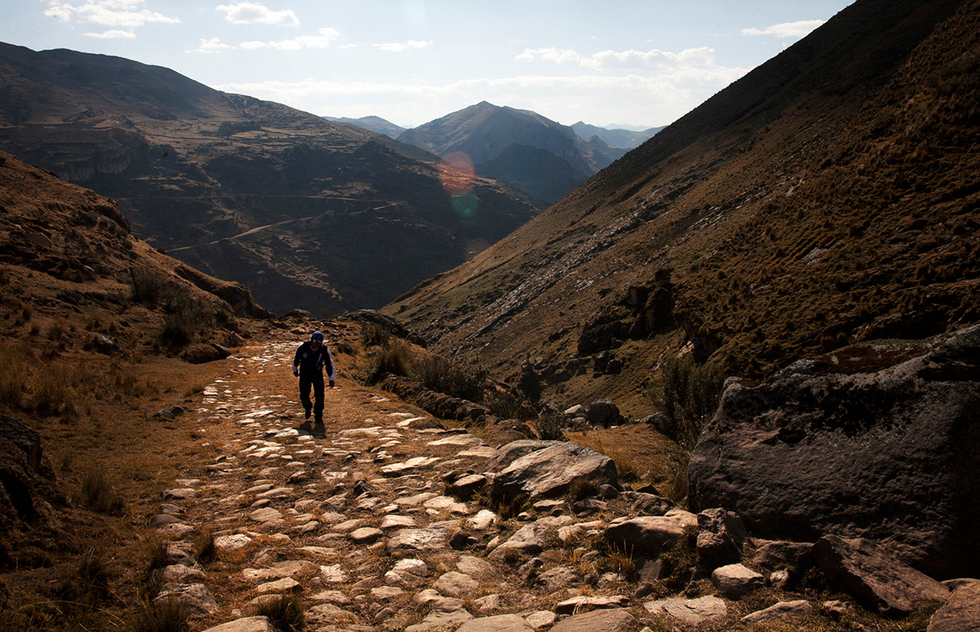 The fabled lost city of the Incas is South America's greatest attraction. The Incas hid Machu Picchu so high in the clouds that it escaped destruction by the Spanish, who never found it. It's easy to go on a day trip by rail from Ollantaytambo, but those wanting the full experience opt for the arduous, 4-day trek that leads over astonishing Andean mountain passes and through some of the greatest sights in Peru, including dozens of Inca ruins, dense cloud forest, and breathtaking mountain scenery. The trek has a superlative payoff: a sunrise arrival above the glorious ruins of Machu Picchu, shrouded in a mist that dissolves as the day warms.

How to visit: 200 people per day are allowed to hike the Inca Trail on guided hikes. Reserve your spot through operators such as Peru-based Peru Treks. Permits tend to fill up 4 to 6 months in advance. 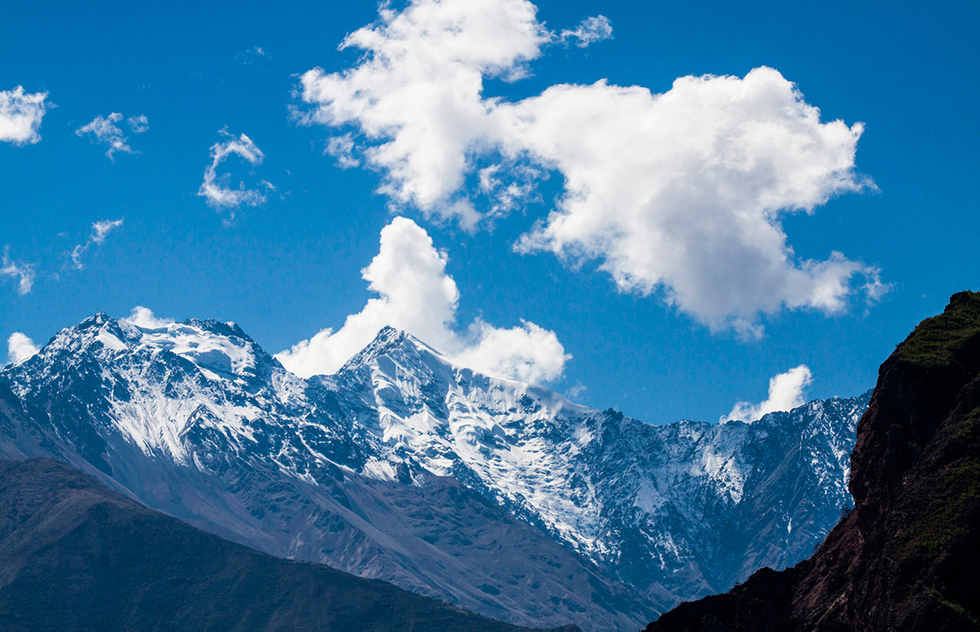 Sure, the Inca Trail to Machu Picchu is one of the world’s most classic hikes, though it can be expensive, crowded, and fills up long in advance. Many would argue there are even better hikes in the Cusco area, such as those to the Lares Valley or to the Inca site of Choquequirao. The Salkantay Trek takes hikers up a 15,000-foot mountain pass surrounded by snowcapped Andean peaks, past the Inca site of Llactapata, and then down into high jungle, culminating with a connection to Machu Picchu.

How to visit: Peruvian adventure travel company Mountain Lodges of Peru has constructed a series of cushy places to stay on the 7-day route where you can get a hot shower and sleep in a warm bed, not to mention get a massage or a dip in an outdoor hot tub followed by a gourmet meal with wines. 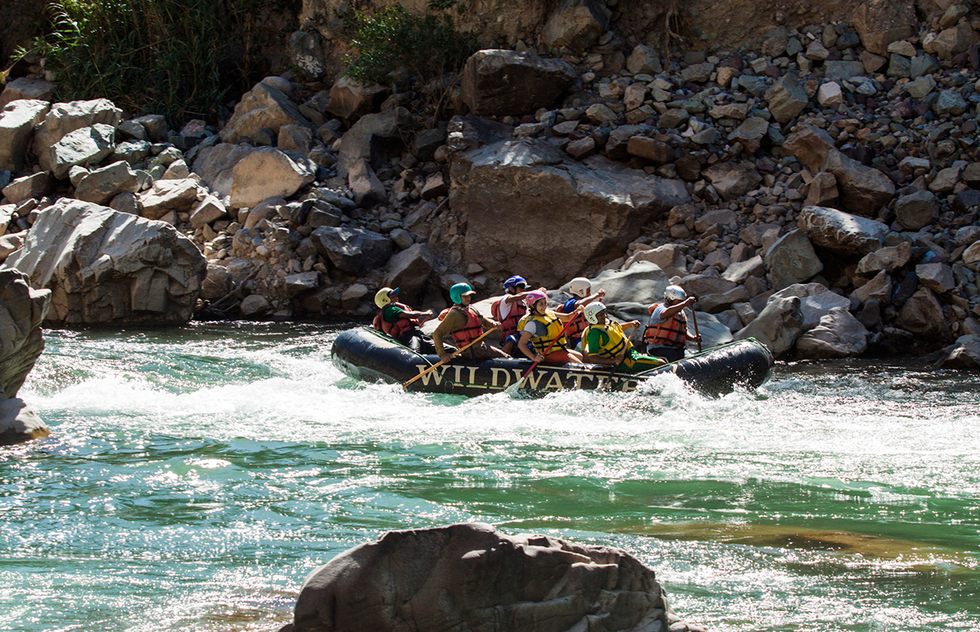 Outside of Cusco, there are a handful of excellent river runs that range from mild to world-class. Novices can do day trips to get their feet (and more) wet, while more experienced rafters can take multiday trips that sail from the highlands into the Amazon. While many opt for a crowded section of the Urubamba River near Ollantaytambo, more challenging sections can be found in the upper part of the river, known as the Cusipata section. It consists of Class II, III, and IV-plus rapids that are irresistible to the whitewater community.

How to visit: SAS Travel puts together one-day trips of the Cusipata section of the Urubamba from September to April. Some previous rafting experience is required. 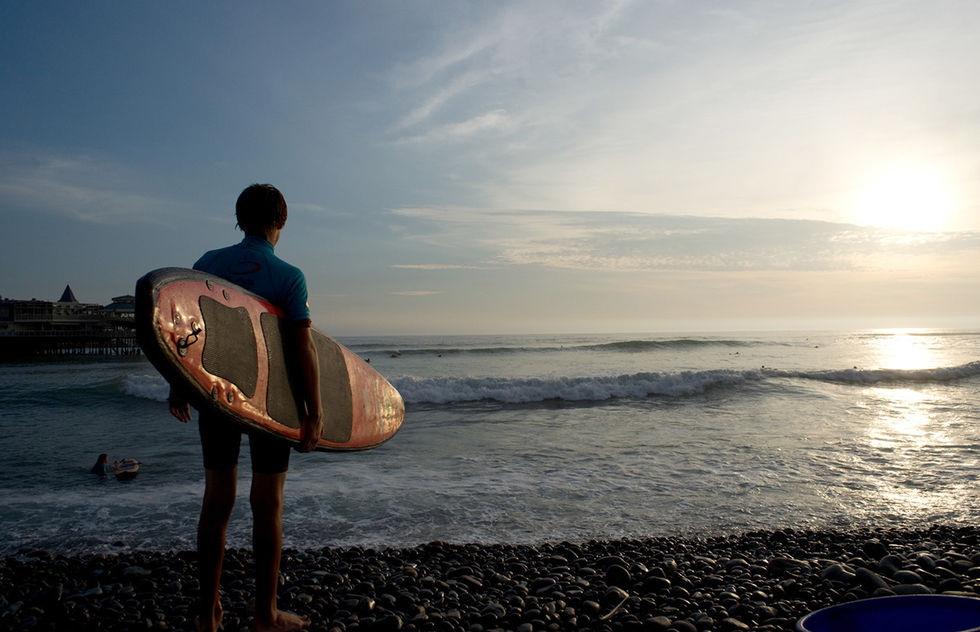 Peru’s long Pacific coastline is filled with world-class surf breaks and the country is increasingly becoming a surfing hot spot on the global circuit. You can find some excellent breaks in Lima and nearby Punta Hermosa, but top wave hunters head to northern Peru from October to March, where there’s a wide variety of left and right reef breaks, point breaks, and big-time waves. The hottest locale is remote Chicama, home to the world’s longest left-hand break.

How to visit: Frogs Chillhouse, a hostel in Huanchaco Beach near Trujillo, organizes surf tours to Chicama, which can be combined with other world-famous waves on Peru’s north coast. 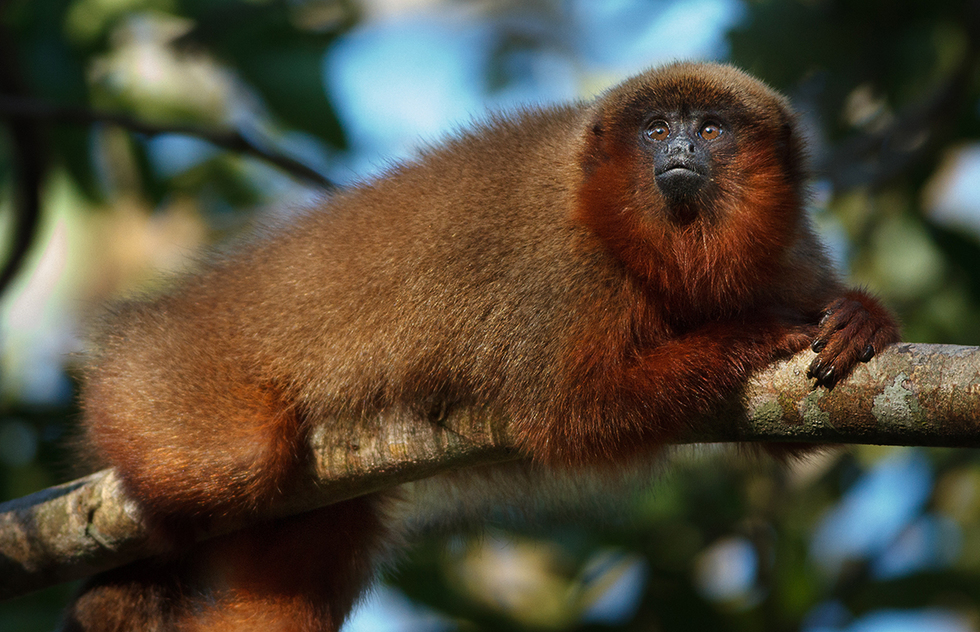 Christian Vinces/Shutterstock
Walking in the treetops
A short fight from Cusco to the Amazonian town of Puerto Maldonado brings you to the doorstep of the Tambopata National Reserve, a biodiversity hot spot with some of the country’s most pristine primary rainforest. More than 500 species of birds have been identified within the park, and rare creatures such as caimans, capybaras, and even jaguars are often spotted on guided tours. Up in the rainforest greenery on the Inkaterra Canopy Walkway, a bridge system 30 meters (100 feet) above the ground, you'll see an entirely different ecosystem that few will ever have the chance to experience.

How to visit: Ecohotelier and tour operator Inkaterra creates tours around its three properties (Reserva Amazonica, Hacienda Concepción, and Field Station) that are located in and around the park. 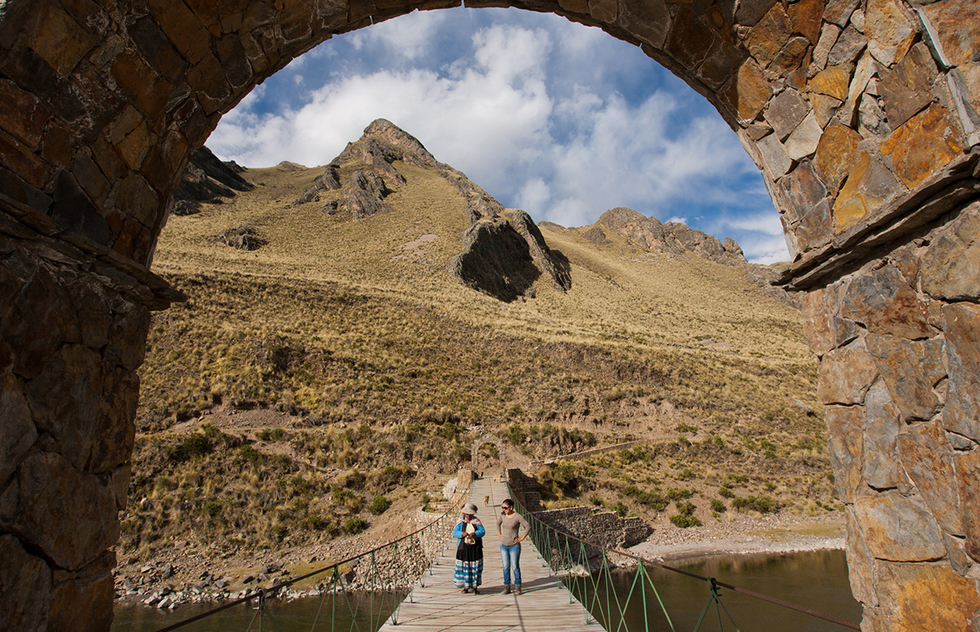 Colca Canyon, a few hours outside of the southern city of Arequipa, is one of two phenomenally deep canyons in this corner of Peru (the other being the even deeper and more remote Cotahuasi). See condors catching their morning meals and pass families moving herds of sheep and alpaca from one village to the next. You can base yourself at one of several eco-lodges spread throughout the canyon, though if you want to hike to the bottom, you’ll need a couple of days to get there and back using the well-trammeled path from Cabanaconde.

How to visit: Arequipa-based travel agencies such as Colca Tours can set up multiday excursions in Colca Canyon, ranging from guided hikes to stays at lodges. 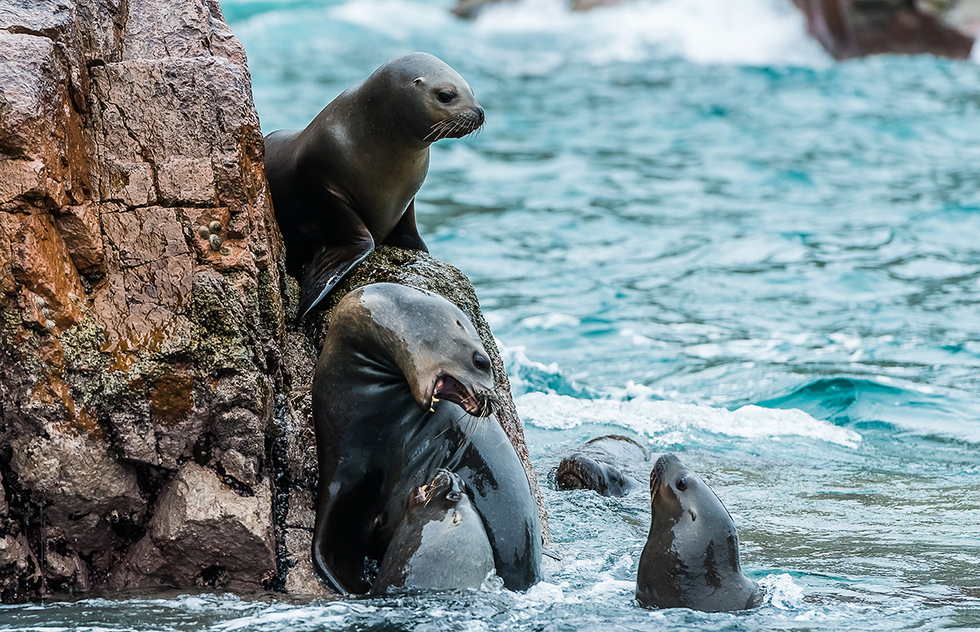 Por Ostill/Shutterstock
The desert and the sea

The Islas Ballestas, south of Lima near the emerging resort town of Paracas, are Peru's own version of Ecuador's Galápagos, albeit much more accessible. Morning boat trips run to the wildlife-rich islands, which are some of the world's best places to see rare marine birds such as the Guanay cormorant, Peruvian booby, Peruvian pelican, and the Humbodlt penguin, as well as sea lion colonies that come to feed on the abundance of marine plankton. On land are endless miles of sand dunes, coastal cliffs, and even an ancient candelabro (chandelier) etched into a dry hillside in the Paracas National Reserve.

How to visit: Fertur Travel runs a full-day Paracas tour, including transfers to and from Lima, that include a boat tour of the Islas Ballestas and a guided excursion through the Paracas Reserve with a certified English-speaking guide who explains the highlights of the ancient culture and the region’s impressive biodiversity. 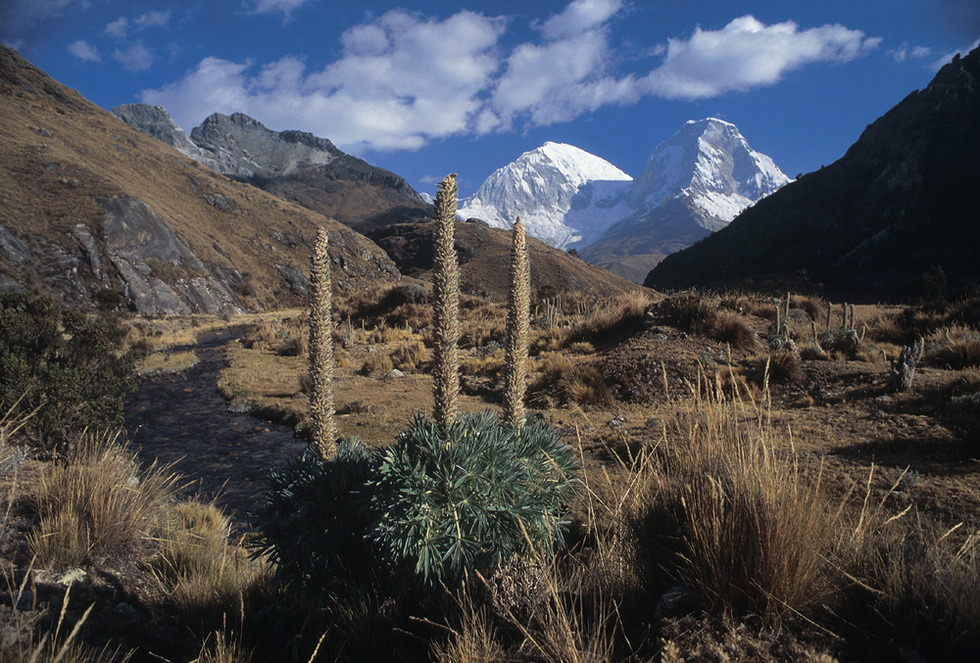 The highest mountains outside of the Himalayas are concentrated in and around Huascarán National Park near Huaraz, a launch spot for many of South America’s most challenging treks and climbs. The 840,000-acre UNESCO Biosphere Reserve contains nearly the entire Cordillera Blanca range, home to glaciers, lagoons, almost 300 lakes, and more than 40 rivers. The park is best explored on the intense Santa Cruz or Huayhuash hikes and day trips that can last anywhere from a day to two weeks. Serious mountaineers and ice climbers opt for technical climbs of snowcapped peaks like Tocllaraju, Pisco, and Alpamayo.

How to visit: Huaraz Treks runs classic excursions out of the highland town of Huaraz, as well as technical climbs of the region’s highest mountains. 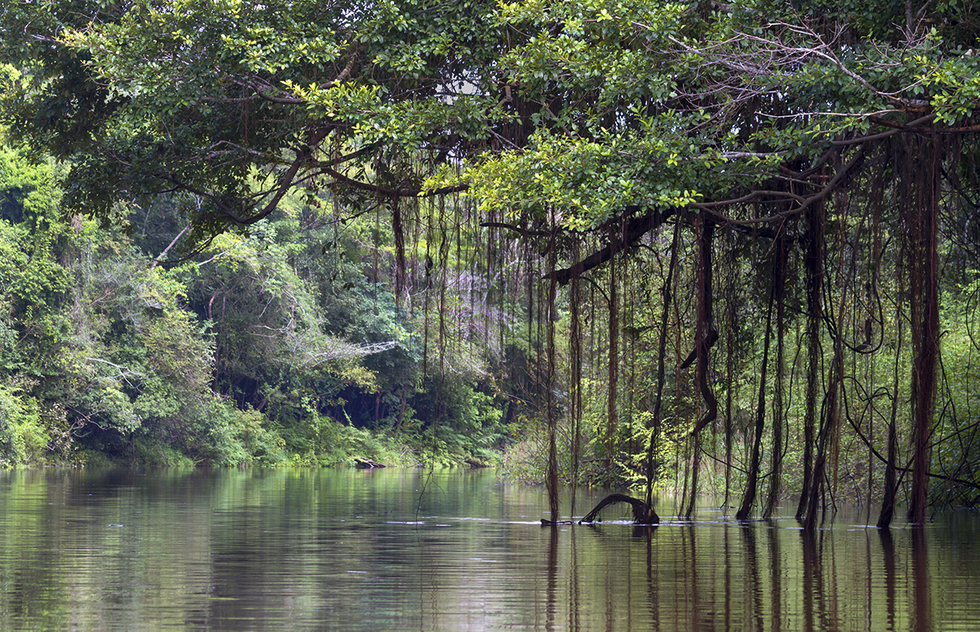 In Pacaya-Samiria National Reserve’s five million acres—twice the size of Yellowstone Park—visitors can explore small inlets and winding river systems amidst the flooded jungle. In summer, the river recedes, revealing picturesque sandy beaches that are possible to explore. Throughout the year, to enter Pacaya-Samiria is to come upon a vibrant world of neon-brilliant birds on emerald green trees, playful packs of acrobatic monkeys, an azure sky crisscrossed by graceful hawks, and herons flapping over fluttering butterflies. You’ll easily spot endangered pink river dolphins and several species of monkeys.

How to visit: Aqua Expeditions runs 3- and 4-night itineraries inside the reserve on a luxurious riverboat equipped with air-conditioned staterooms, a spa tub, and a kitchen serving multicourse gourmet Amazonian meals designed by one of Lima’s top chefs. 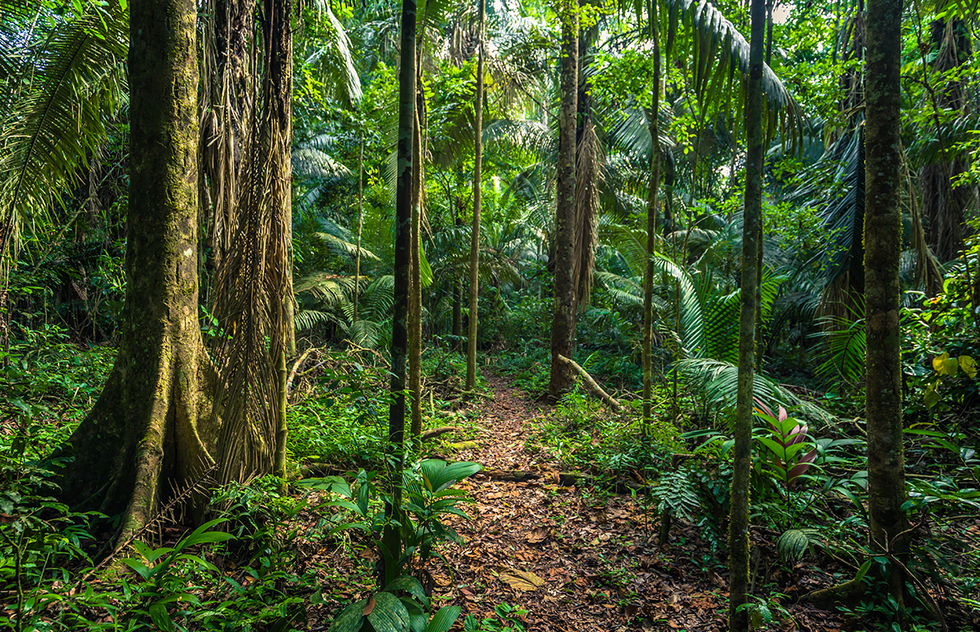 One of the richest ecosystems on earth, Manú National Park, a UNESCO Biosphere Reserve, is home to many of Peru’s rarest flora and fauna, such as the spectacled bear, the boldly red-headed cock-of-the-rock, and countless varieties of orchids. Excursions through the park take you from lowland primary rainforest up to untrammeled cloud forest, giving you access to a wide range of species. 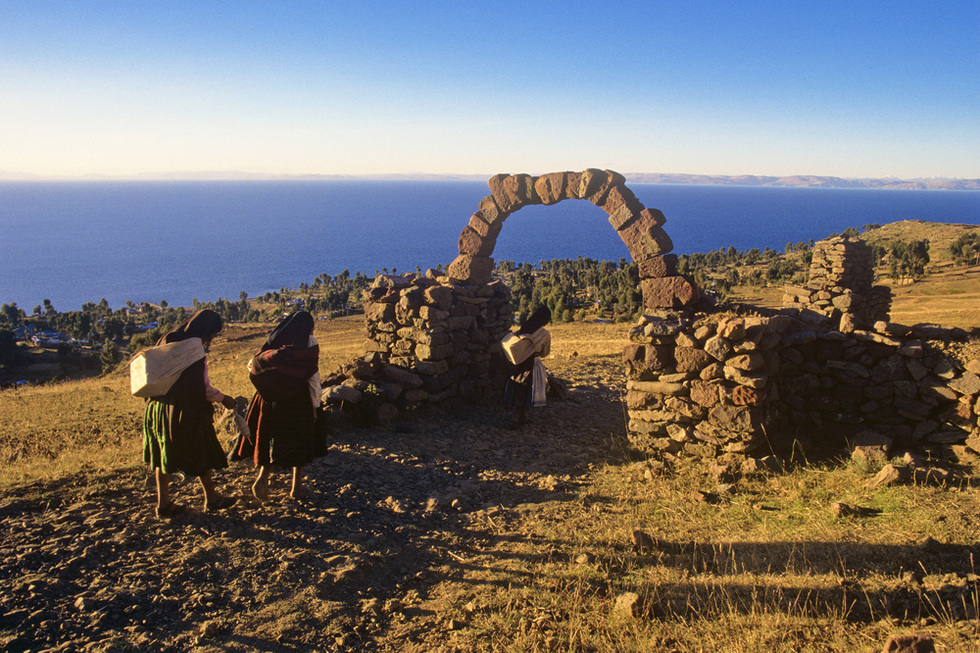 The nearly 4,000 residents of the island of Amantaní in Lake Titicaca, a 25-mile boat trip from the city of Puno, invite guests to spend the night in their homes for a unique cultural experience. Primarily farmers of Quechua origin, these hosts give tourists insight into what life is like living in an adobe home at high altitude. During sunset, families take their guests on a hike to the top of the island, where there’s a small stone ruin. After darkness falls, the lack of light pollution in this remote location enables a crystal-clear view of the constellations best seen from the Southern Hemisphere, such as the Southern Cross.

How to visit: Pretty much every tour agency in Puno offers the same overnight package to Amantaní, among them All Ways Travel. Most tours include a stop at Taquile Island, where there are stone ruins to be found.