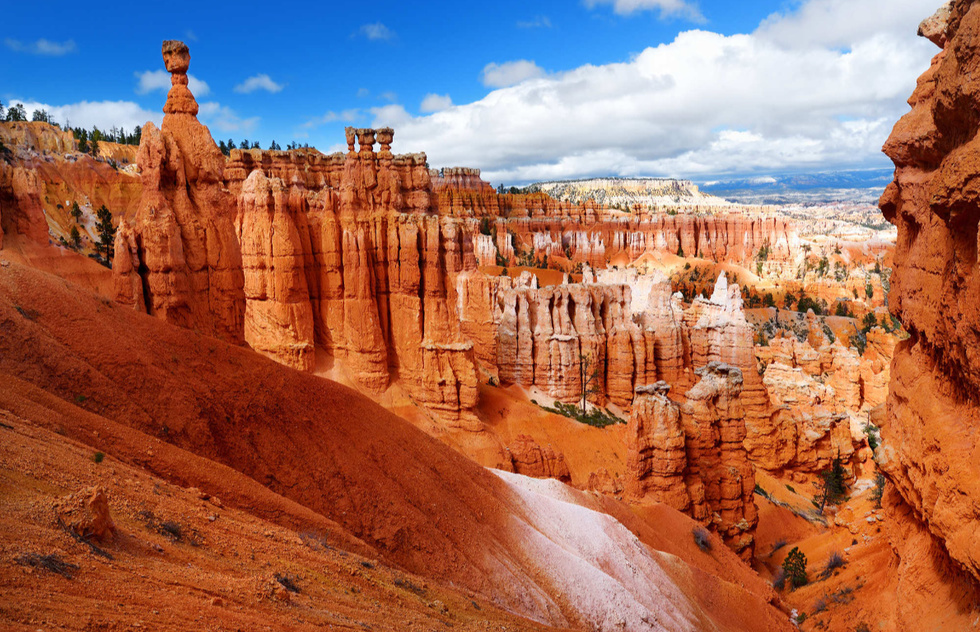 The Best of Bryce Canyon and Nearby: 10 Great Things to Do

Most national parks are visually dramatic by nature. But Bryce Canyon in Southern Utah also enjoys the rare distinction of being otherworldly, as in “not from this planet.” Technically speaking, Bryce isn’t even a canyon. It’s a natural amphitheater of thousands of skinny red spires (called “hoodoos”) that protrude from the bottom of a 900-foot-deep basin. It’s also a “helluva place to lose a cow,” according to Ebenezer Bryce, the park’s namesake Mormon immigrant, who first settled there in 1873. Still, as the smallest of Utah’s five national parks, most of Bryce can be explored in a few days. Add some of these area experiences, and you can easily fill a week’s worth of adventure. Here’s what to see and do while in and around Bryce Canyon. 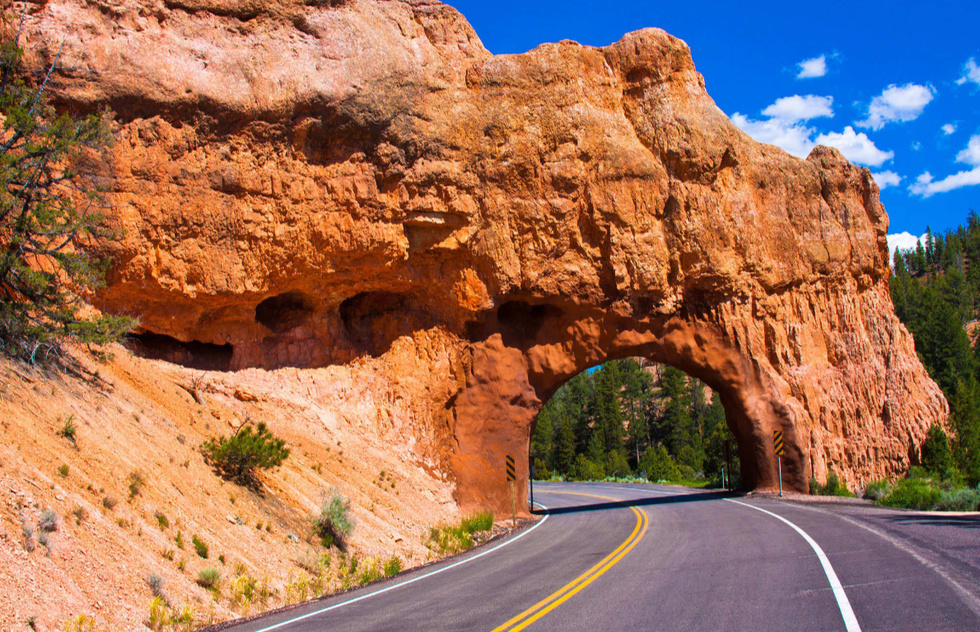 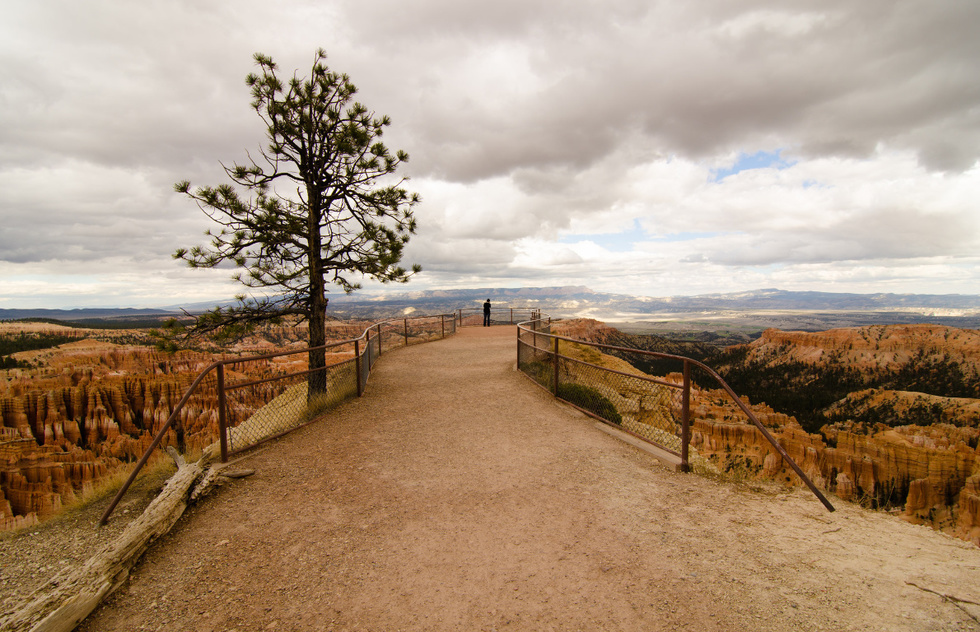 The spotlight on Bryce Canyon didn’t come until many years after Paiute Indians and later Ebenezer Bryce first memorialized it. Between 1916 and 1918, several national magazines sparked interest by printing photos of the amphitheater, most notably from Inspiration Point. But poor access and accommodations kept visitors away. In 1924, the towering columns of pink, red, white, and orange were officially protected what was then called Utah National Park, the first in the state. 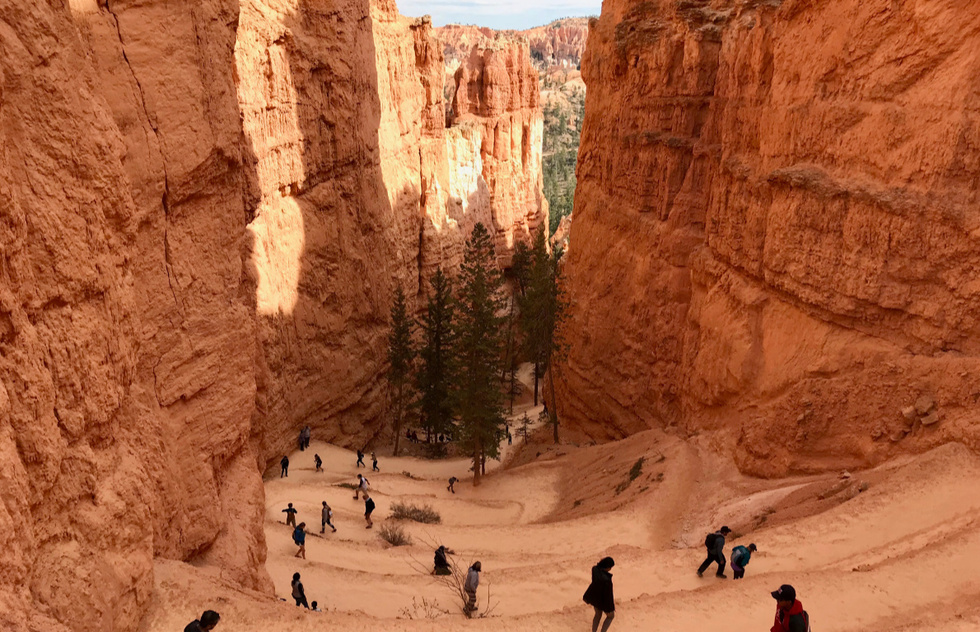 If you only do one hike in Bryce, make it this one. Probably the world’s greatest three-mile hike, the combination Queen’s Garden/Navajo Loop Trail drops 900 feet from the rim (pictured) into the valley floor. The easiest route and most stunning views are best enjoyed while starting from Sunset Point and moving counterclockwise into Wall Street, onto Queen’s Garden, up to Sunrise Point, and back again to Sunset Point along the Rim Trail. 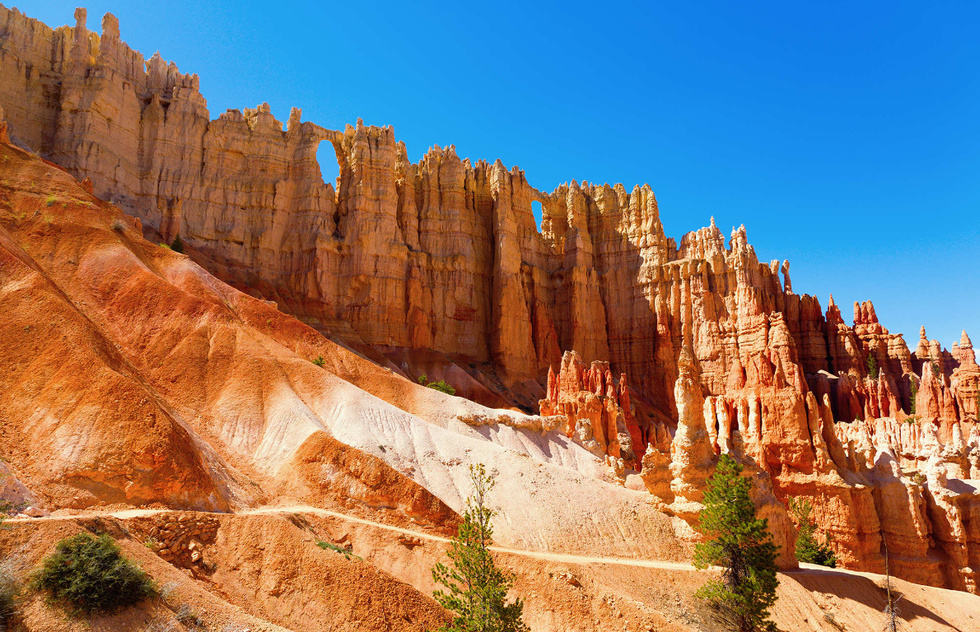 To widen your view of the amphitheater while still getting a move on, consider walking one mile along the easy and paved portion of the Rim Trail from either Sunrise or Sunset Points. To work up an even bigger sweat with the same wide-angle views, consider hiking the moderately difficult portion of the Rim Trail from Bryce Point to Fairyland Point. This 5.5-mile portion is best experienced with the help of free shuttles in the summer. 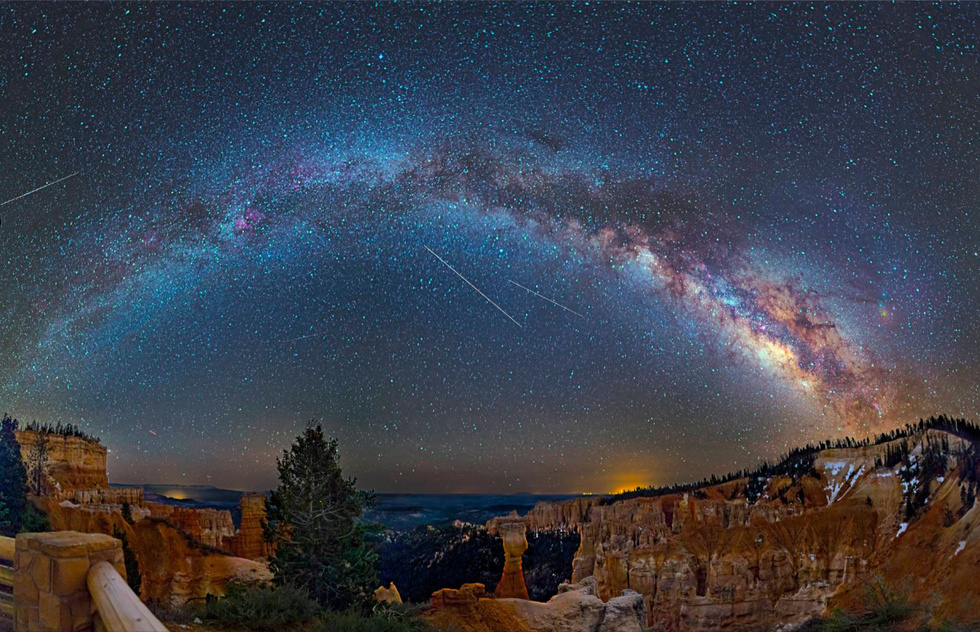 Taking in Bryce during the day is one thing. But seeing it at night is even more extraterrestrial, especially by a full moon. If you thought the hoodoos look like humanized rocks during the day, they come alive in the near-dark and seemingly move with the help of long lunar shadows. “I’ve hiked every national park several times,” one park ranger told me, “but hiking Bryce at moonlight is my all-time favorite.” 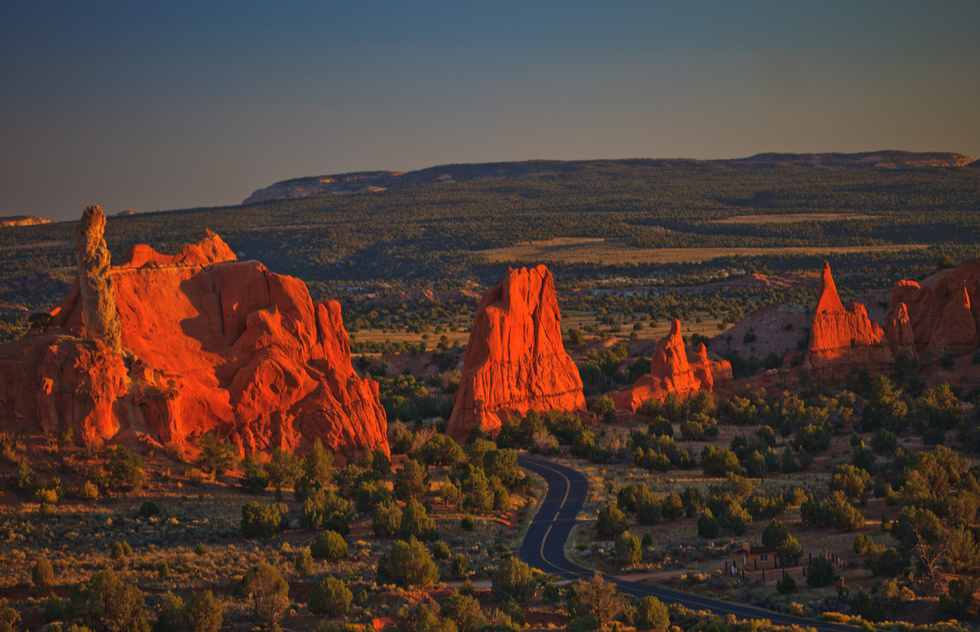 About a 30-minute drive southeast of Bryce, you’ll find the even smaller, but still endearing, Kodachrome Basin State Park. Red rock dominates the landscape here as well, but instead of hoodoos, you’ll find red mountains, eroded buttes, and several arches. Like a miniature and less exposed Angel’s Landing of Zion National Park, the well-marked 1.5-mile Angel’s Palace of Kodachrome offers spectacular views of the surrounding park and breathtaking ledges that are sure to keep you close to the trail. 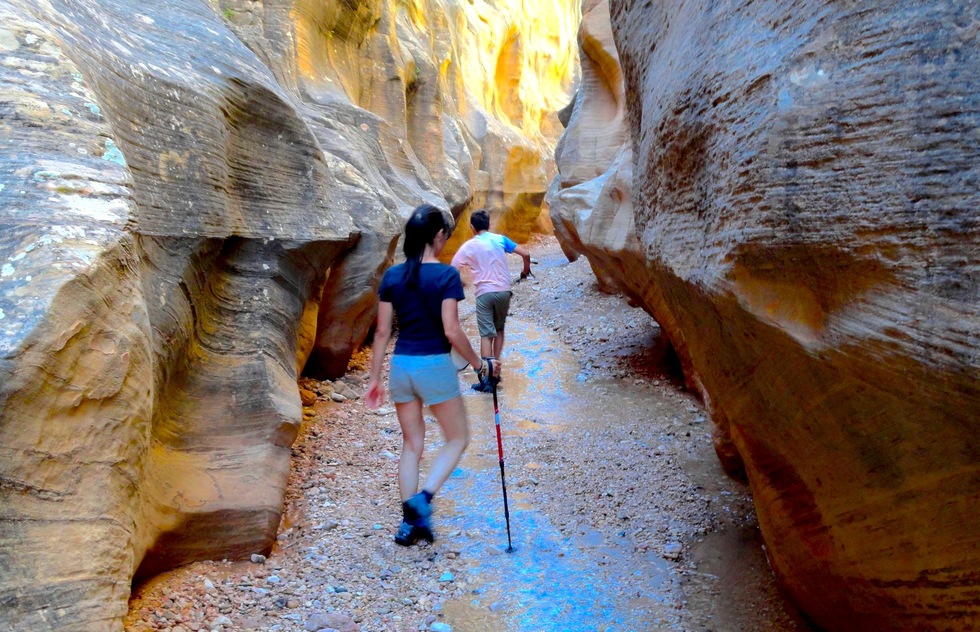 In addition to Kodachrome Basin, Bryce Canyon also borders the gargantuan Grand Staircase National Monument. At over a million acres, it’s bigger than the state’s five national parks combined. The good news is some of the best of Grand Staircase—Escalante is found within about an hour’s drive from Bryce along SR-12. A top spot is its Willis Creek Slot Canyon. Like a mini Zion Narrows, this seven-mile, out-and-back hike is rated easy and is one of the state’s best slot canyons. 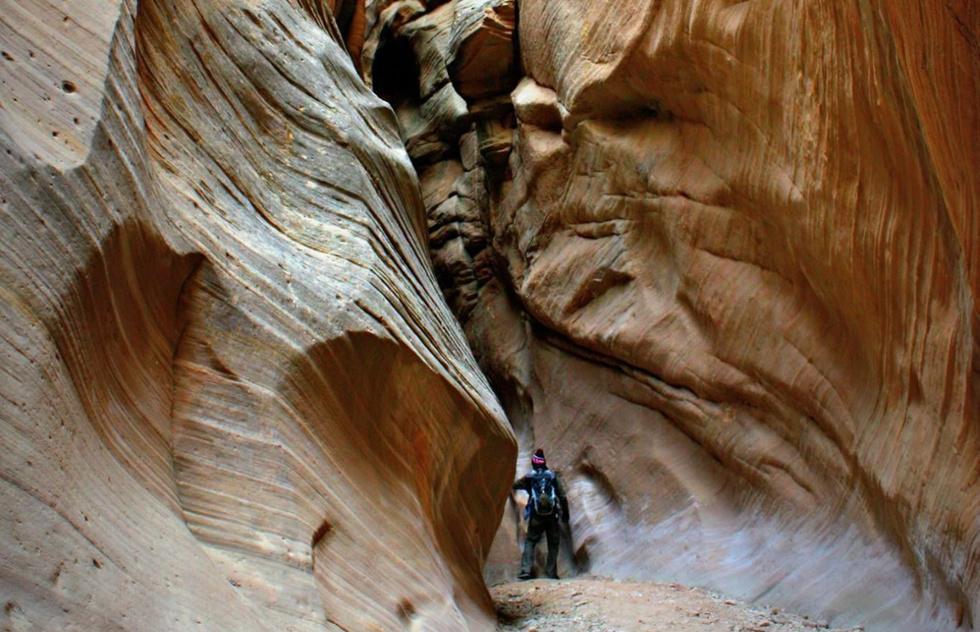 Five miles down the road from Willis Creek and also located in Grand Staircase National Monument, extreme hikers can attempt the one-mile round trip, but still difficult (and flash flood prone), Bull Valley Gorge. Rope, ideal conditions, and a hiking partner are all but required in this deep and technical slot. Those who dare, however, will be treated to towering isolation and a surprising overhead relic from the past—the wreck of a midcentury pickup truck wedged high in the rocks. 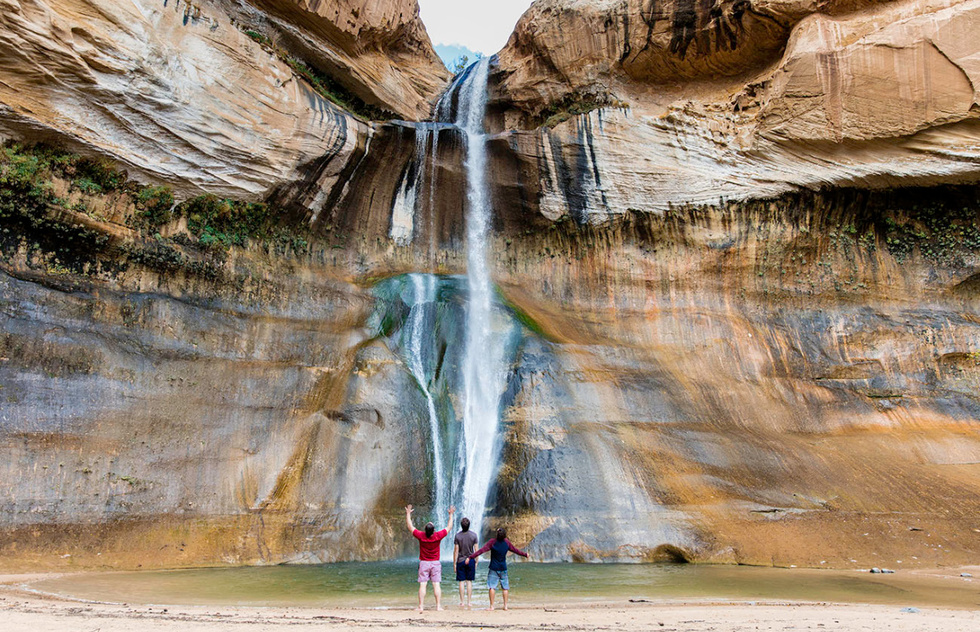 The most well-known and unique hike in Grand Staircase is also arguably its best. Located an 80-minute drive from Bryce, the Lower Calf Creek Falls Trail is a six-mile slog through strenuous and often hot sand. But the payoff is oh-so-worth-it. Your reward: a 126-foot waterfall and massive swimming hole surrounded by shade-providing canyon walls that you’ll likely want to picnic in and enjoy for as long as you can. What a find! 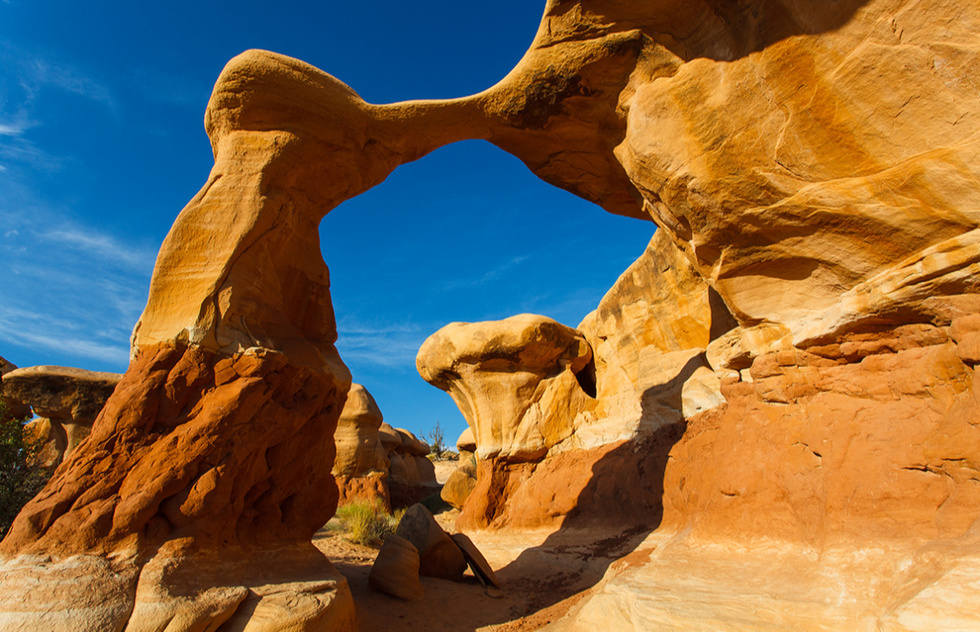 Just outside of Escalante, which itself is one hour away from Bryce, visitors can find the wonderfully bumpy (dirt) Hole-in-the-Rock Road. From there, you can access even more remote areas of Grand Staircase. One of the better ones is Devil’s Garden, home to three-tone rock formations, large hoodoos, and unique arches. Easy to get to by vehicle (in dry conditions, mind you), the area even has a restroom, which is rare in these parts.

For hundreds of pages of additional vacation ideas in the western USA, grab our guide to the National Parks of the American West.