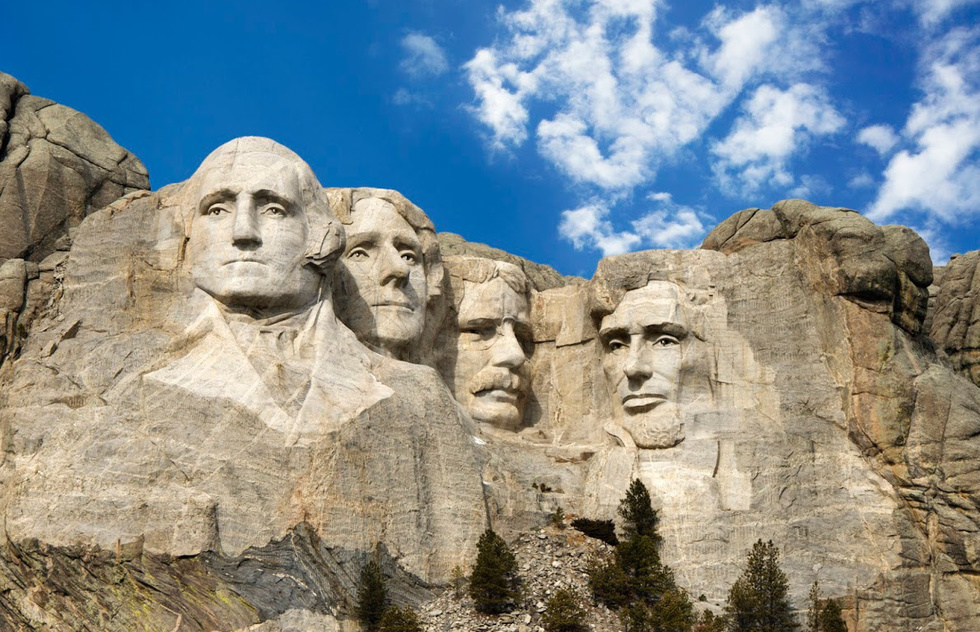 Around Mount Rushmore: 8 Great Things to Do (And 2 to Skip)

With over 2.5 million annual visitors (nearly double the number drawn by Pearl Harbor), Mount Rushmore is undeniably one of America’s most beloved national monuments. Originally designed to promote tourism to the area (it worked!), the monument has since shone a wider spotlight on the surrounding national forests, grasslands, and other protected monuments of South Dakota. There’s plenty to see in the area that isn’t a giant stone politician. Pay special attention to southwestern South Dakota’s many highlights—and disregard two notable lowlights. 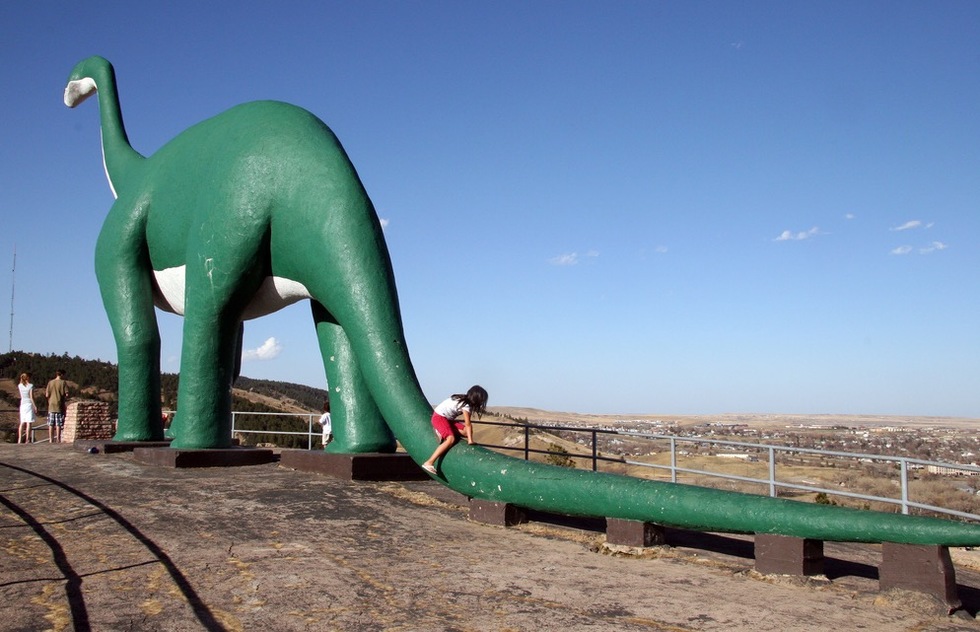 For the ideal launchpad for all of your Black Hills adventures, consider feeding, refueling, and sleeping in Rapid City. Not only does the town offer proximity and the widest selection of amenities, but it also features a handful of fun (though sometimes kitschy) diversions, such as the life-size 1930s dinosaur sculptures of Dinosaur Park on Skyline Drive, the children’s playground of Storybook Island, and the up-to-date downtown district. 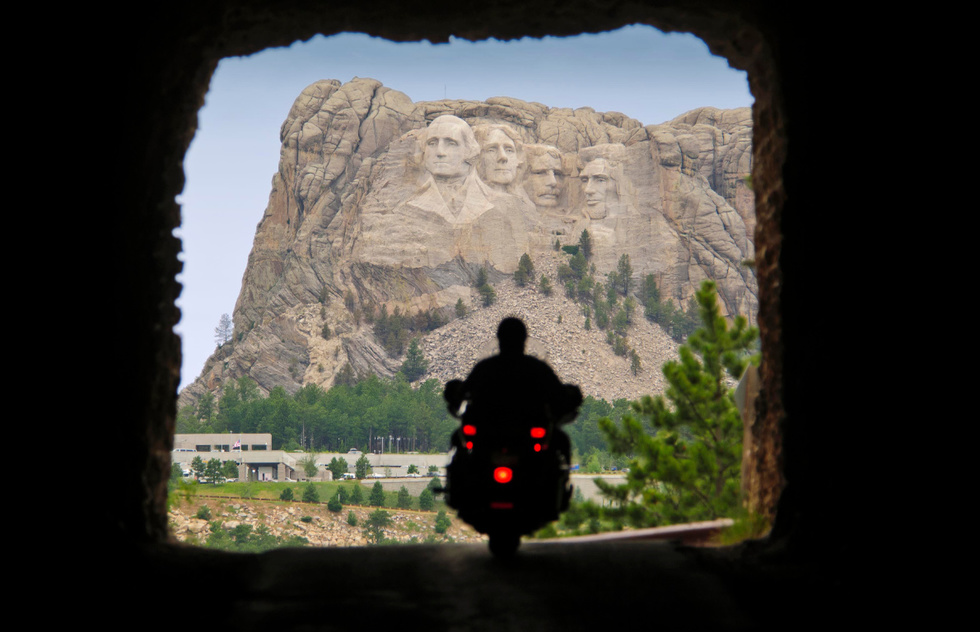 Although Rushmore put the area on the tourism map, the greater Black Hills are arguably the star of the show. From stagecoach towns to tacky tourist traps and majestic national parks, the Black Hills are an unexpected wonder. And the best (if not the only) way to fully experience the dozens of attractions is by road trip. If you're heading east, start on the northeastern side of Wyoming and work your way south into South Dakota along Highway 24 towards I-90, then down to Highway 16. 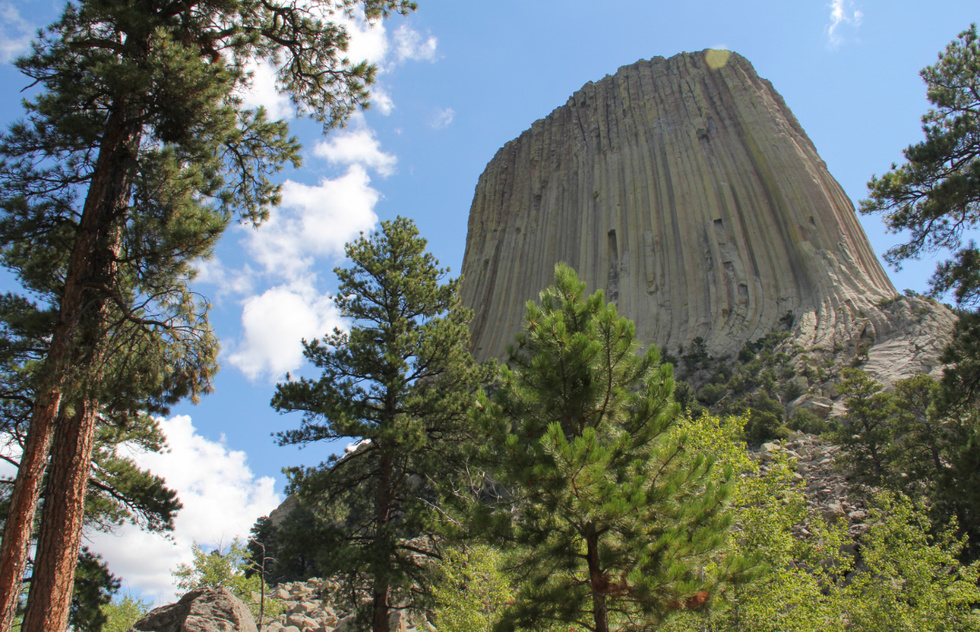 Two hours northwest of Rushmore on the Wyoming side of the Black Hills, you’ll find America’s first established national monument—but no crowds. Teddy Roosevelt gave Devils Tower the designation in 1906, but the 500-foot-tall volcano core didn't become widely recognized until 1977, when it served as the MacGuffin in Steven Spielberg’s Close Encounters of the Third Kind. Given the rocky butte's high concentration of cracks that can be used for hand- and footholds, it’s world-renowned for its climbing. But the site is also a terrific place to take in the scenery on a hike, especially during summer. 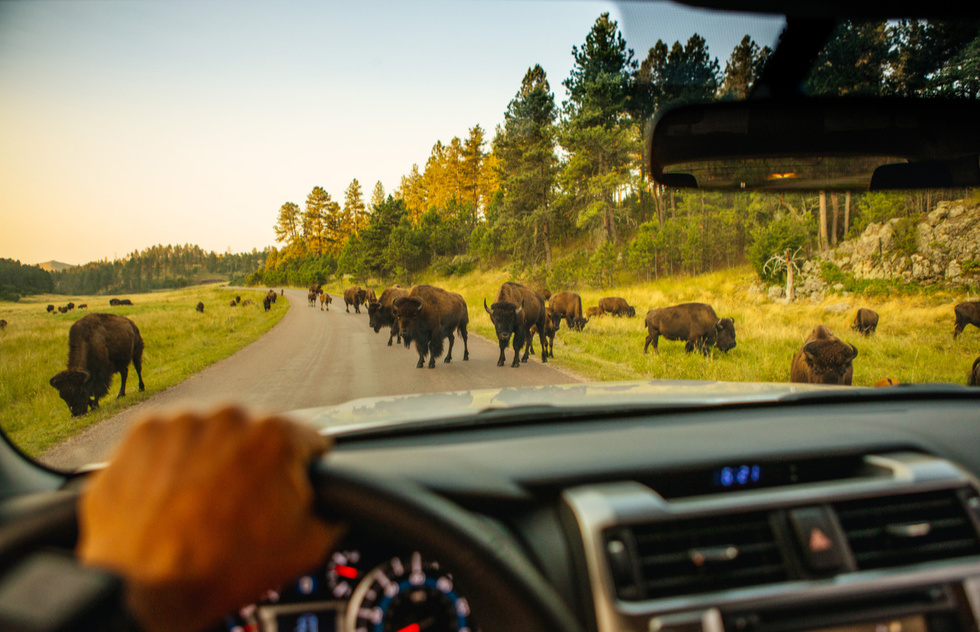 If ever there was a state park worthy of national park status, this would be it. Custer’s hiking easily ranks among the best in the region. You’ll quickly realize this while roaming the stunning, 1-mile long, and boulder-filled Lake Sylvan Trail. More of the park's charms show themselves during a drive along the tunnel-filled Needles Highway or when you encounter an intimidating herd of bison grazing the grasslands. Don’t let Custer's low profile fool you—it's five stars all the way. 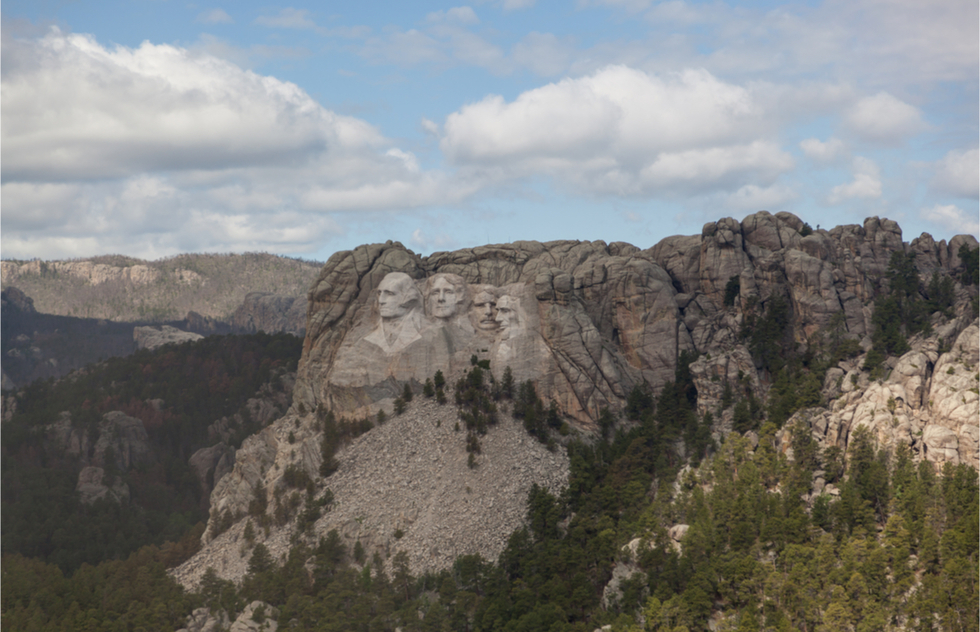 The first time you arrive at Mount Rushmore, you’ll likely notice three things: the many flags, the inescapable crowds, and the surprisingly small size of the monument grounds. For best results, hike the short but steep Presidential Trail, which loops in front of the carvings. Not only will you get some quiet solitude, but the wooded pathway provides superior views of the 60-foot presidential busts. You’ll also come across the studio where the monument's temperamental sculptor, Gutzon Borglum, worked out the details of his outsized masterpiece. 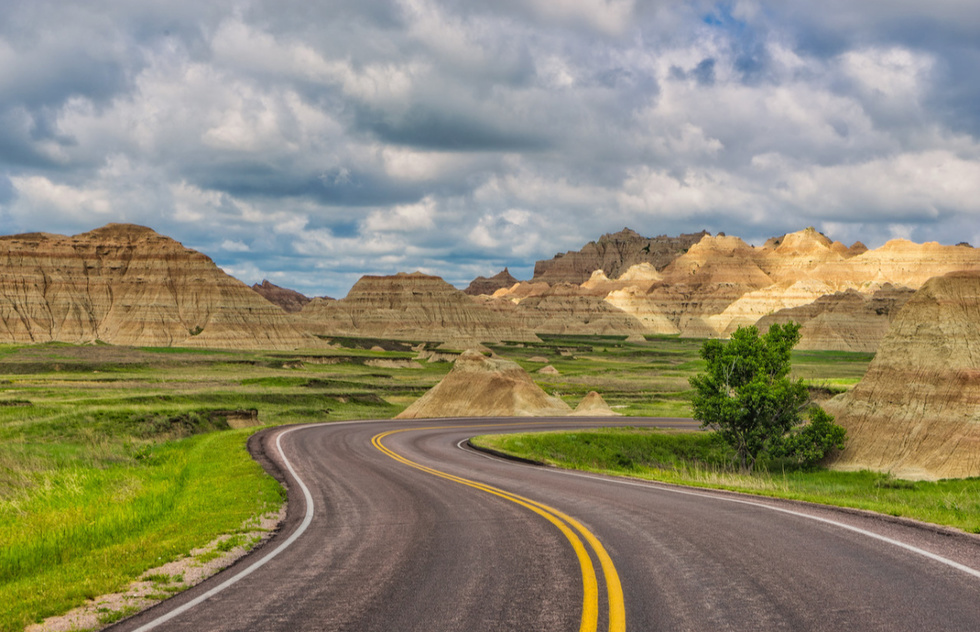 This is what you get when you combine one of the world’s largest areas of eroded land with the largest undisturbed grass prairie in the nation. Located about an hour east of Rapid City, Badlands National Park is an impressive sight thanks to the juxtaposition of blue sky against stone buttes and thriving green grass. For the full experience, drive Loop Road through the park and hike the 1-mile Notch Trail, which features a challenging ladder climb, steep ledges, and, at the end, one of the best views you’ll ever lay eyes on. 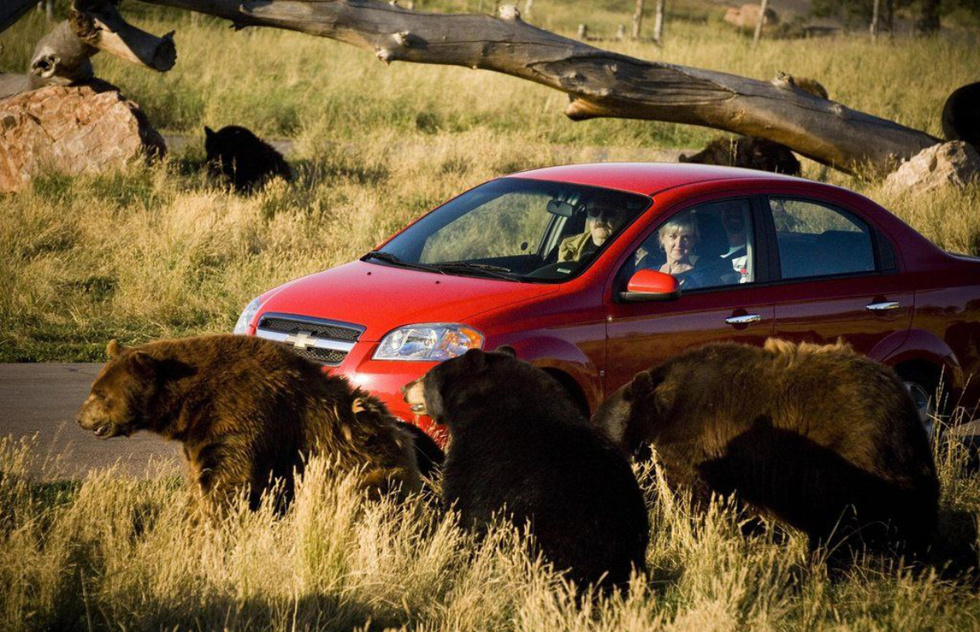 Beyond the many bison you’ll encounter, South Dakota has bears. Consider a leisurely 2-mile drive through Bear Country USA, a 250-acre wildlife park in Rapid City. Although some visitors rightly question the $65-per-vehicle entrance fee, up-close encounters with dozens of bears, cubs, wolves, elk, and sheep come highly recommended by the majority of parkgoers. And wouldn't you prefer seeing these creatures from the safety of your car rather than finding them at your campsite? For maximum sightseeing, get up early and start out when the park opens. 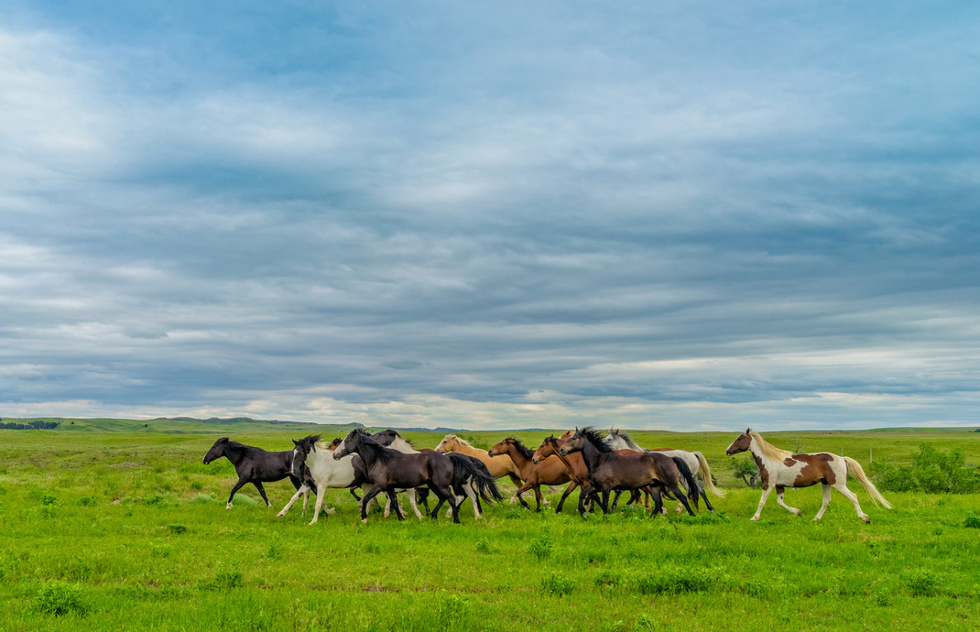 In between the magical Black Hills and desolate Badlands runs a diagonal slash of green prairie called Buffalo Gap National Grasslands, the second-largest grassland in America. While you’ll get a decent view of it on Interstate 90, for a better look, drive scenic Highway 44 between Badlands National Park and Rapid City. June is ideal for maximum greenery. 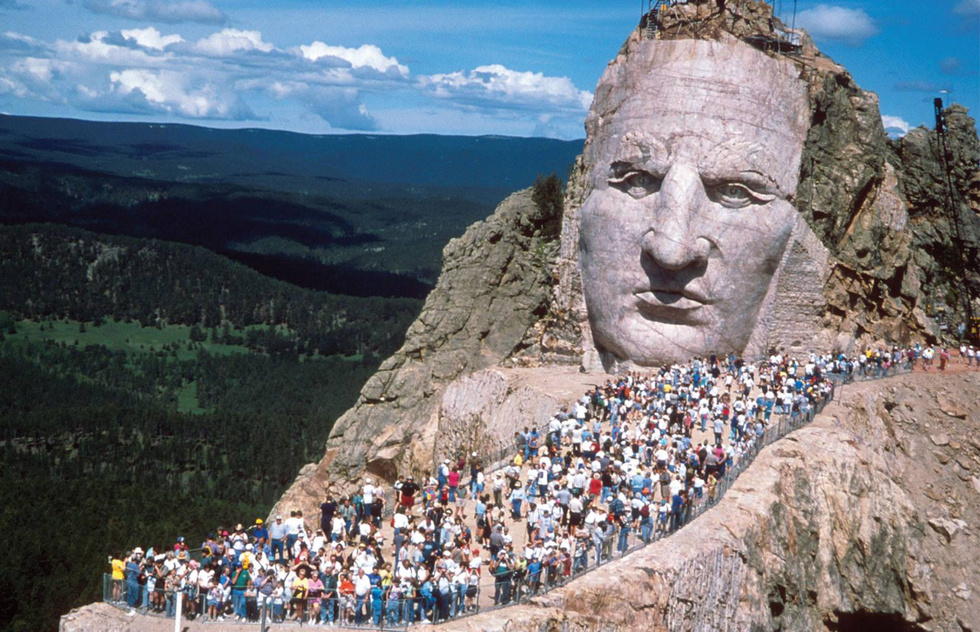 Although Crazy Horse Memorial is popular with some visitors, you should consider avoiding it for several reasons. It’s billed as the world’s largest sculpture, but this privately owned monument is barely 10% complete and underwhelming on many counts. It's also expensive, with admission fees up to $30 per vehicle. Besides, the legendary Crazy Horse didn’t even like to have his picture taken, so he probably wouldn’t have approved of carving his face into the side of a mountain on land considered sacred by many Oglala Lakota people. For a better understanding of Sioux history, consider making a detour to the South Dakota Art Museum at South Dakota State University in Brookings, a six-hour drive from Rapid City. That’s a long trip for most of us, but for those accustomed to the wide-open spaces of this part of the world, that's basically just around the corner. 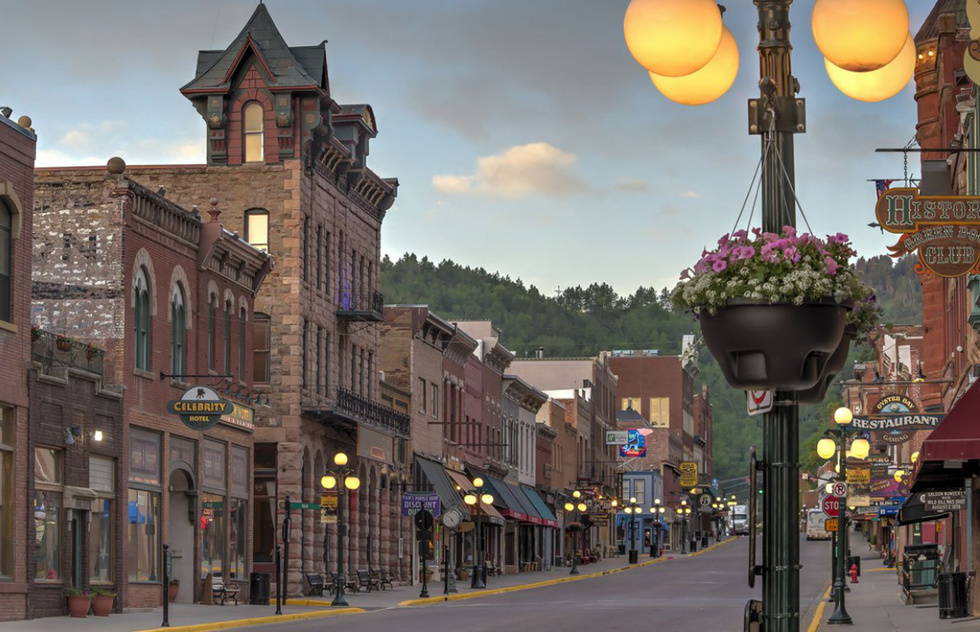 Deadwood Tourism
Think twice about Deadwood
If you love gambling, mediocre shows, and small graveyards containing a couple of buried outlaws, this historic frontier town located about 45 minutes northwest of Rapid City is for you. Everyone else is likely to feel let down. As with Crazy Horse’s carving, it would be a shame to dally here when there are so many other authentic experiences to spend your time on nearby.
Family & Kids
National Parks
Outdoor & Adventure
Road Trips