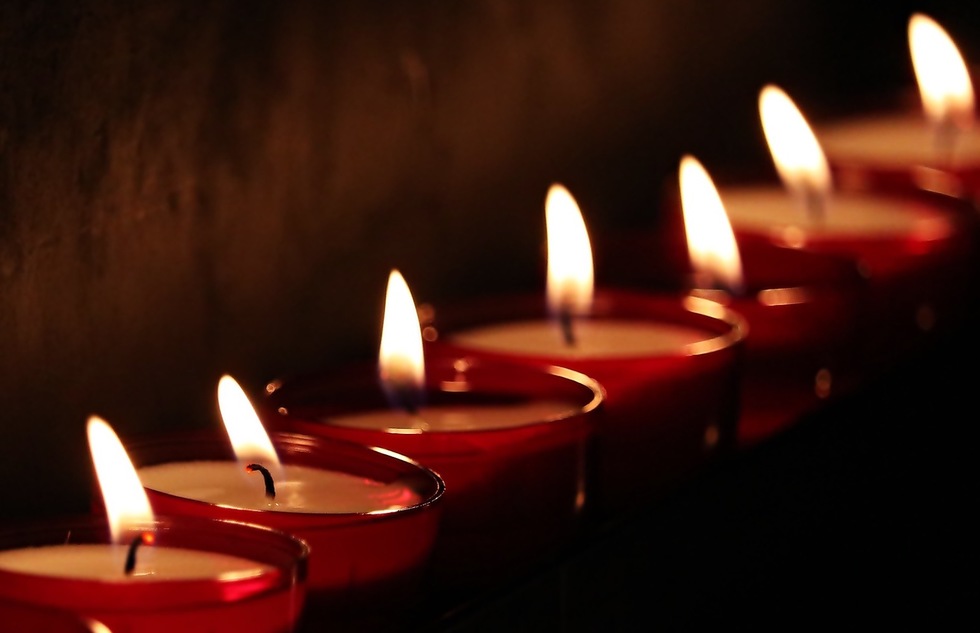 The museums and memorials that chronicle the saddest chapters of the 20th century serve at least three essential functions: to tell the truth about what happened, to remember those who suffered, and to help prevent future atrocities through education and advocacy. Visiting any of the sites that follow is a distressing experience, and it shouldn't be undertaken lightly or, least of all, to satisfy a morbid curiosity. Instead, each of these informative, affecting, and important institutions should be used as a resource for promoting peace and defending human dignity. We’ve listed the museums and memorials according to the events they document, starting with the last decade of the 20th century and working back to its earliest years. If it’s true that learning from the past makes its worst moments less likely to recur, these are the places with the most to teach us. 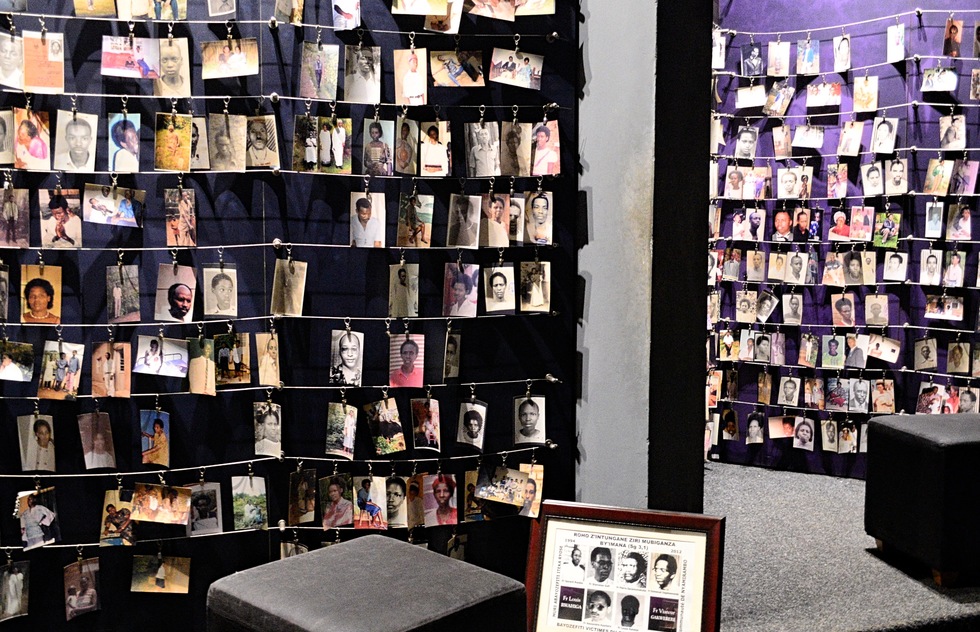 The remains of more than 250,000 people are interred at the Kigali Genocide Memorial in the Rwandan capital. By the most conservative estimates, that number is still only half the total of those slaughtered in the country’s 1994 genocide targeting the Tutsi minority; some human rights groups say that more than a million were killed. The memorial center gives them a quiet burial place amid gardens and a Wall of Names listing known victims. Inside the facility, an audio tour (available in English) walks visitors through exhibits detailing the years of colonization and civil war leading up to the genocide, before documenting the violence with news images and video testimonies from survivors. Rows upon rows of snapshots of victims when they were alive, along with a section containing life-size photos of children who were killed, bear mute witness to stolen lives. 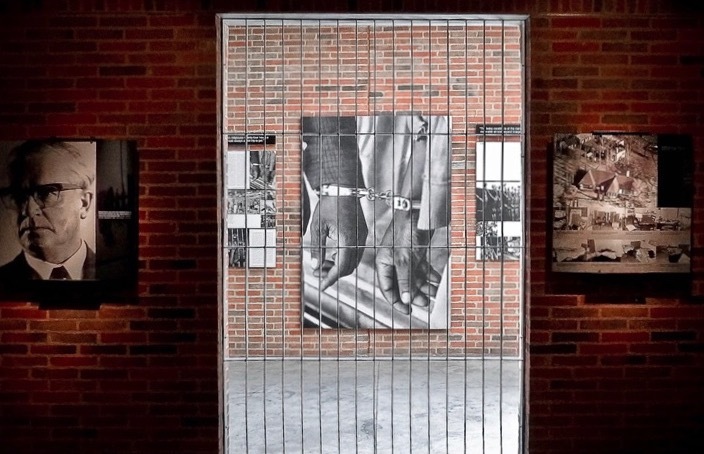 There was no escaping the written word in Apartheid-era South Africa. Identity papers, legal notices, and omnipresent warning signs were used to remind the country’s nonwhite citizens of their second-class status and keep them out of restricted schools, jobs, and residential areas. Johannesburg’s Apartheid Museum displays a multitude of those unsacred texts, as well as the weapons, tanks, and instruments of torture used on protesters and political prisoners when words failed to keep them in subjection (Apartheid was finally dismantled in the early ‘90s). For all the official writing exhibited at the museum, it’s the images—such as South African Ernest Cole’s unblinking black-and-white photographs (pictured) or film footage of Nelson Mandela leaving prison after 27 years—that linger. Another haunting memorial is Cape Town’s District Six Museum, a time capsule preserving street signs, old photos, handwritten notes, clothes, and other personal belongings from a neighborhood of 60,000 that was demolished in the ‘70s. 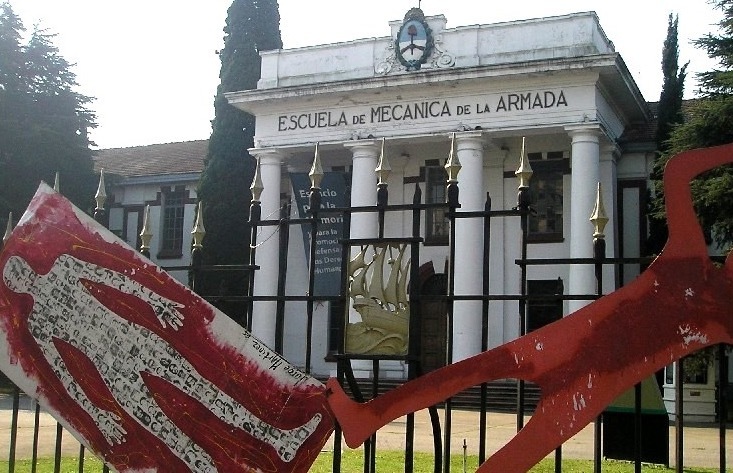 A white headscarf was the symbol of the resistance during Argentina’s Dirty War, which was waged by the ruling military dictatorship against actual and perceived dissidents from 1976 to 1983. The brave women known as the Mothers of the Plaza de Mayo, whose sons and daughters were tortured and executed by the regime, wore that headgear during weekly silent protests in front of the Casa Rosada presidential mansion in Buenos Aires. When you visit the plaza today, you’ll see spray-painted white scarves marking the ground where the mothers gathered. In the city's northern Núñez neighborhood, a former naval facility (pictured) used as a secret detention center for the “disappeared” is now the Espacio Memoria y Derechos Humanos (Center for Memory and Human Rights). A museum takes visitors through the actual rooms where an estimated 5,000 prisoners were chained and beaten. 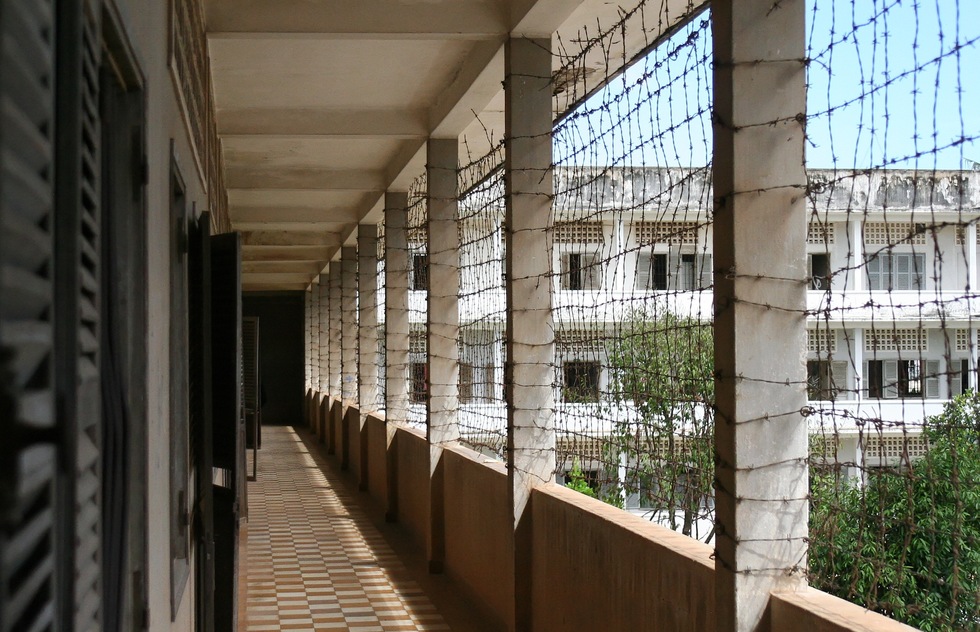 Another former prison, this one in Phnom Penh, is now a memorial and human rights museum. Originally a high school, Tuol Sleng was one of many sites where detainees were tortured and killed during the Khmer Rouge’s brutal regime in Cambodia. Leader Pol Pot’s campaign to reset the country to a “year zero” cleansed of ethnic homogeneity and anticommunism left more than a million people dead in just four years, 1975 to 1979. Today, stark cells and barbwire-lined walkways, all carved out of everyday classrooms, preserve how Tuol Sleng looked at the time. Paintings by former inmate Vann Nath, along with thousands of I.D. photos showing stunned, weary, and terror-stricken prisoners, represent those who suffered and died here. The peaceful White Lotus Room gives visitors a chance to reflect while watching twice-daily performances of traditional music. 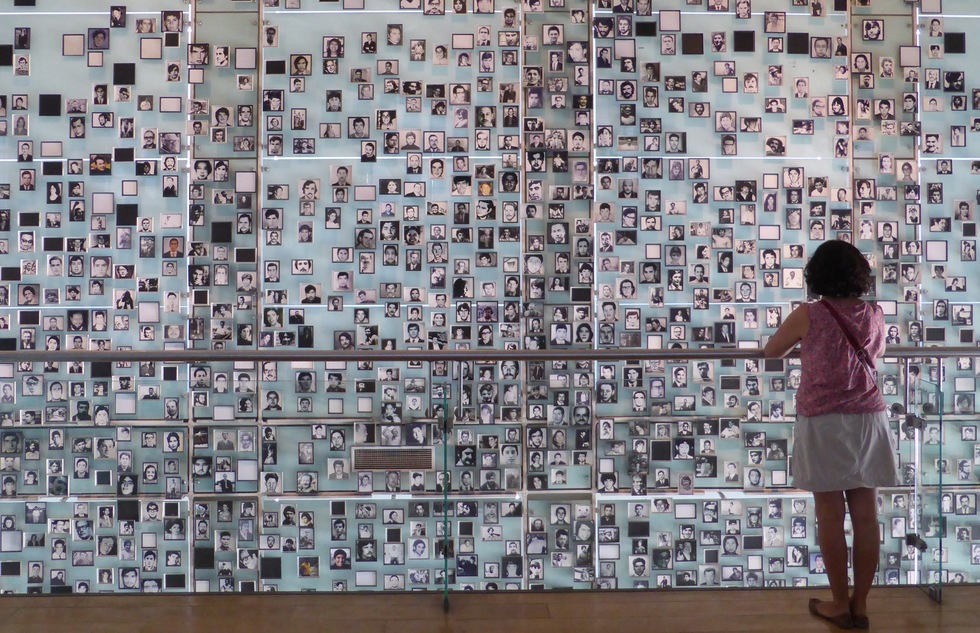 Chilean dictator Augusto Pinochet was a master gaslighter, systematically covering up his crimes while convincing a large percentage of the populace that accusations of wrongdoing were made-up leftist propaganda. That makes the Museum of Memory and Human Rights in Santiago a vital recovery effort, finally exposing the facts about the killings, arrests without trial, and acts of torture carried out by Pinochet’s military regime from 1973 to 1990. The damning documentary evidence is methodically presented across three levels and includes video clips, news photos, letters written from prison, and oral testimonies from survivors. The faces of victims are enshrined in a huge photo-mural with an accompanying interactive console through which you can learn their names and stories. Tales of violence and resilience are also related via a collection of arpilleras, colorful patchwork scenes made during the regime by artisans using cloth scraps and burlap. 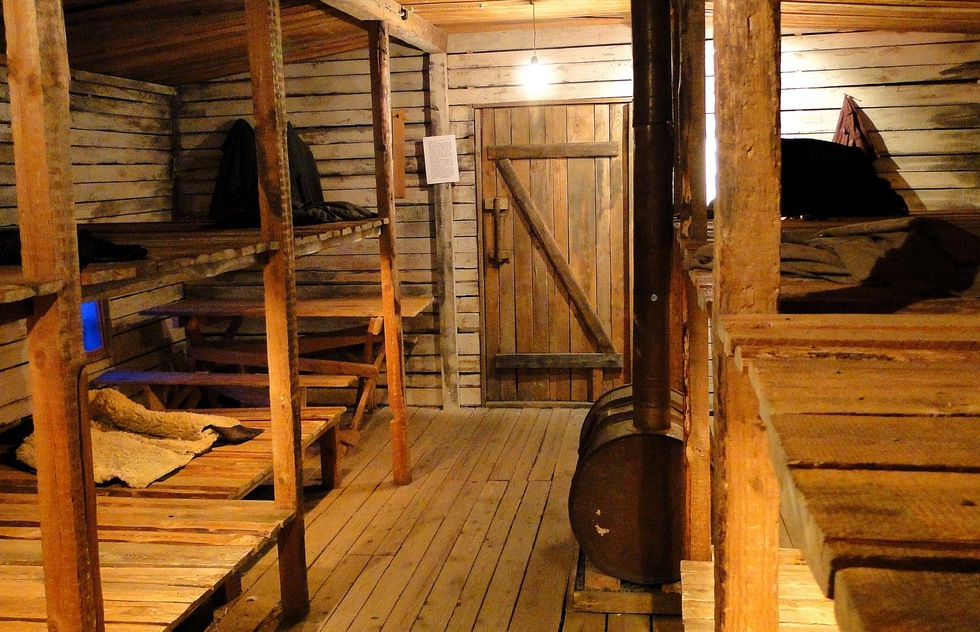 In the countries of the former Soviet Union, reckoning with a history of state-sponsored violence has been fitful and fraught. Nowhere is that more true than in Russia, where creeping authoritarianism has encouraged a tendency to minimize Stalin’s crimes. Still, Moscow’s Gulag History State Museum does attempt an accurate depiction of the deathly labor camps in use from the 1930s to ‘50s, with prisoners’ writings and tattered belongings illustrating how bleak conditions were (though the museum’s narrow focus elides other Soviet barbarities). Elsewhere, Riga’s Museum of the Occupation of Latvia; the Museum of Occupations and Freedom Fights (housed in a former KGB building) in Vilnius, Lithuania; and the House of Terror in Budapest relate the horrors of life under Soviet (and Nazi) occupation, albeit in a manner that critics say skips over the inhumane actions of local governments. Visit these with skepticism.

Pictured: re-creation of a gulag barracks at the Museum of the Occupation of Latvia 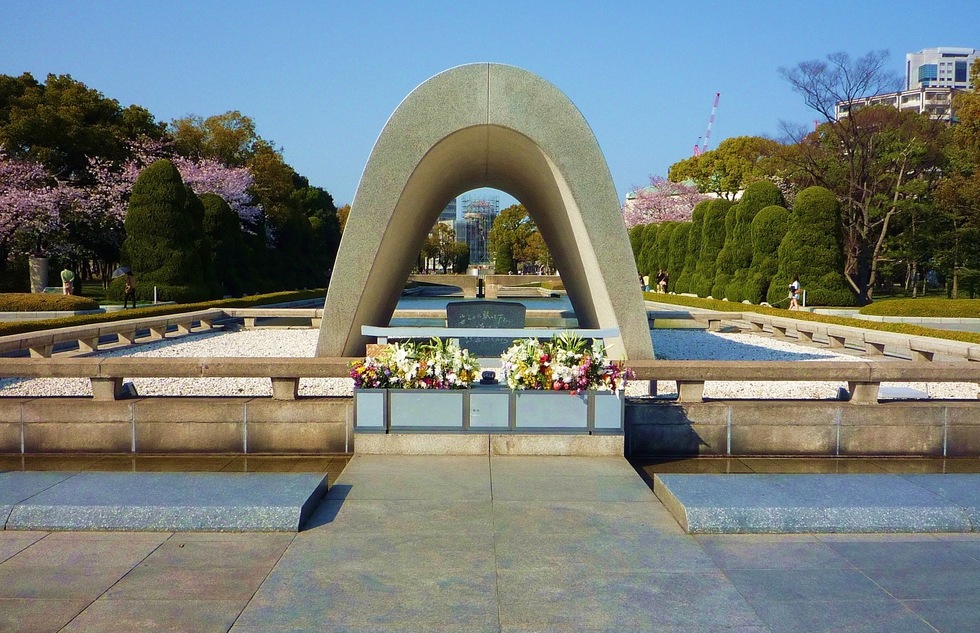 Only one building remained standing in central Hiroshima after the U.S. dropped a nuclear bomb on the city during World War II. The skeletal domed structure is now part of Hiroshima Peace Memorial Park, which also includes a museum detailing the unprecedented destruction brought to Hiroshima and Nagasaki in 1945. In addition to those events, the exhibit covers Hiroshima's long period of rebuilding and eventual emergence as a center of peace activism. Outside, a central stone arch (pictured) inscribed with the names of the victims stands near an eternal flame and monuments such as a statue of Sadako Sasaki, a 12-year-old girl who died from the effects of radiation exposure despite her belief that folding 1,000 origami cranes would somehow cure her. An enormous, multihued flock of paper fowl sent by people from around the world is displayed nearby. 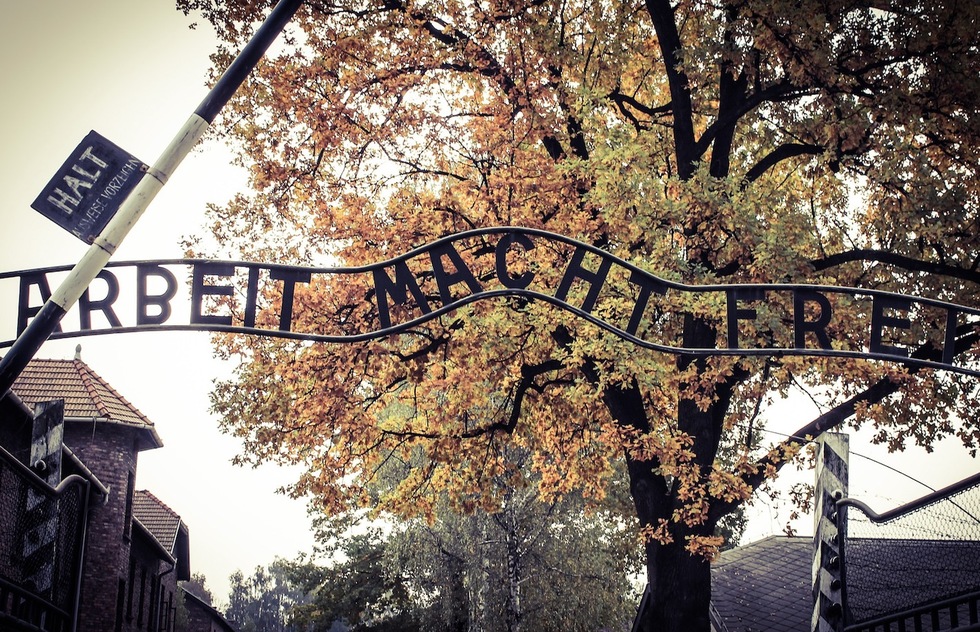 The powerful sense of absence that personal objects evoke when removed from their owners has a shattering effect at the Auschwitz-Birkenau Memorial and Museum near Kraków, Poland. Located amid the original guard towers and barracks of two Nazi extermination camps—part of Hitler’s program to destroy Jews and other non-Aryan groups—the museum houses a huge mass of items seized from detainees and found after the camps were liberated in 1945: eyeglasses, suitcases inscribed with the names of their owners, prayer shawls, striped camp uniforms, and mountains of decaying shoes. Of the dozens of non-site-specific institutions around the world dedicated to Holocaust research and remembrance, the most comprehensive is Yad Vashem in Jerusalem. Designed by Israeli architect Moshe Safdie to resemble a glass-and-concrete arrow cutting through Mount Herzl, the facility maintains an extensive archive and history museum with personal testimonies, photo portraits, art installations, and contemplative sites honoring the Holocaust’s six million victims. 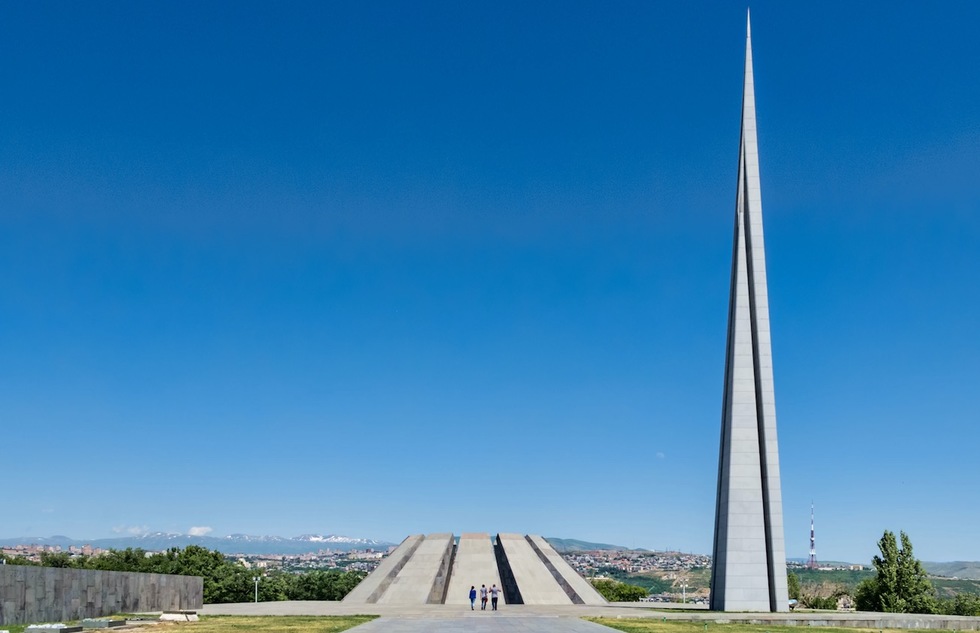 It has now been more than a century since the Ottoman Empire carried out systematic massacres and deportations of Armenians during and just after World War I, yet the government of Turkey still refuses to recognize those actions as genocidal. That lingering belligerence makes it all the more pressing to pay tribute to the 1.5 million people who were killed in mass executions and on death marches. Completed in 1967, the Tsitsernakaberd Memorial Complex in the Armenian capital of Yerevan features two hilltop reminders: a 44m (144-ft.)-high granite spire meant to symbolize the survival of the Armenian people and, next to it, a grouping of 12 inward-leaning basalt slabs huddled around an eternal flame. An adjoining museum recounts the history of the catastrophe. From the terrace, you can see Mount Ararat—another important landmark in Armenia’s cultural identity. 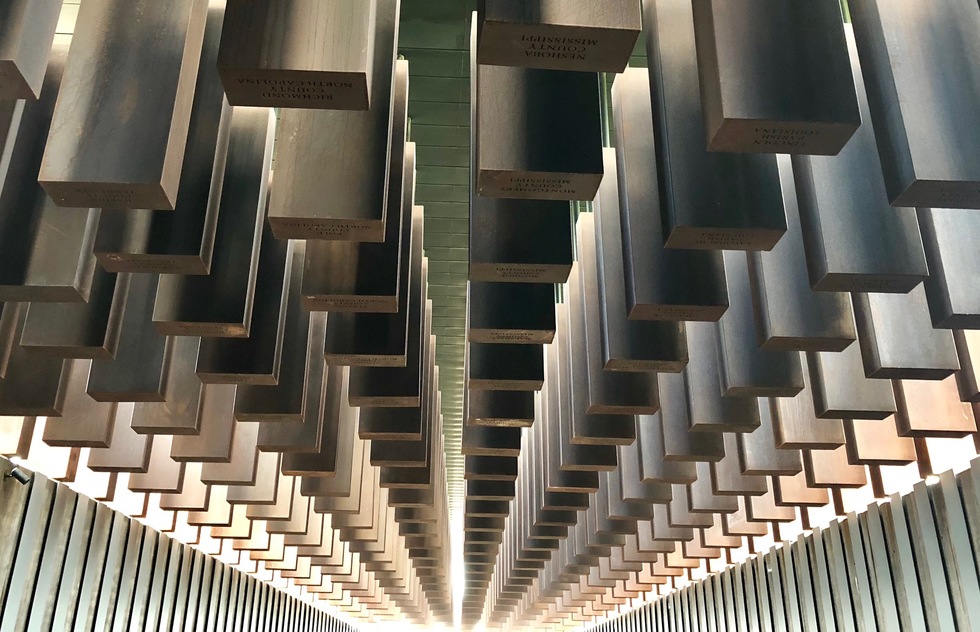 The National Memorial for Peace and Justice (pictured) in Montgomery, Alabama centers on a walkway with 800 weathered steel columns. Each slab is inscribed with the name of a U.S. county where lynchings have taken place as well as with the names of African Americans murdered there by angry mobs and other enforcers of white supremacy. The walkway slopes downward so that eventually the columns are hanging overhead, recalling “black bodies swinging in the southern breeze,” as Billie Holiday sang in “Strange Fruit.” An accompanying museum displays photos and artifacts, such as jars of soil collected at lynching sites, and situates the violence in a context of injustice that began with slavery and continued through peonage, Jim Crow discrimination, and on to mass incarceration. Elsewhere in the U.S., the story of African American struggles and triumphs is told at landmarks and institutions such as the National Civil Rights Museum in Memphis and the National Museum of African American History and Culture in Washington, D.C.