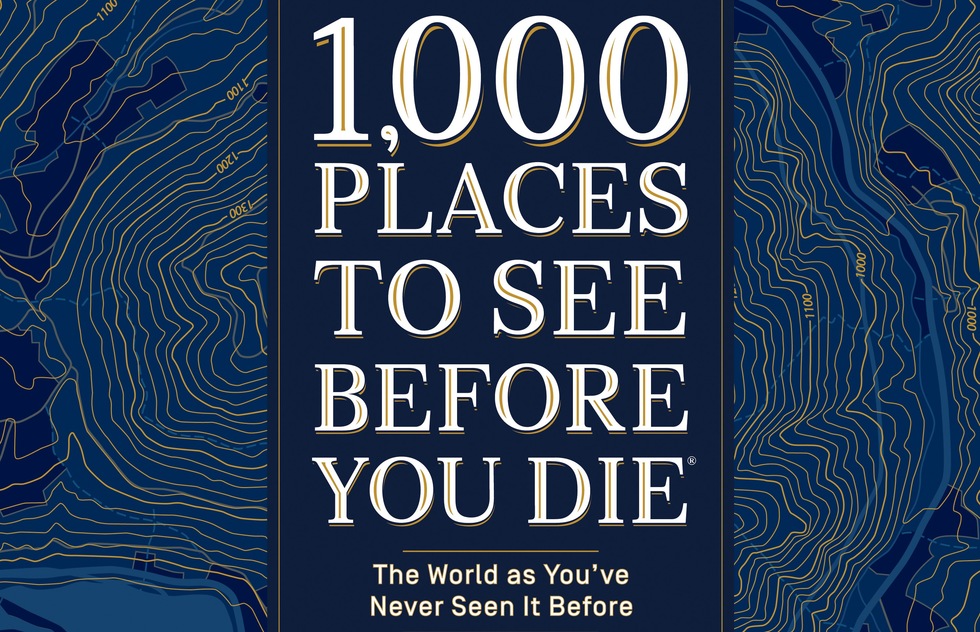 ‘1,000 Places to See Before You Die’ Deluxe Edition: An Exclusive Look Inside

Ever since its first publication in 2003, 1,000 Places to See Before You Die has been a travel classic. Millions of people have mined the pages of Patricia Schultz’s chunky paperback for ideas for where to go and what to dream about. The bestseller inspired spinoff titles and even a Travel Channel television series, but for the first time, a hardcover published edition finally gives every single destination the lavish visual treatment it has always deserved. The oversized 1,000 Places to See Before You Die: The World As You've Never Seen It Before (Artisan Books) is a feast of fantasy in coffee table proportions. Exclusively for Frommer’s, Schultz hand-picked some of her favorite palaces from her lush new deluxe edition as a special excerpt. You could call it 10 Palaces to See Before You Die. We call it a mere 1% sample of the 1,000 reasons the book’s new edition makes for a beautifully inspiring addition to our library.

All items were excerpted from the deluxe edition of 1,000 Places to See Before You Die (Artisan Books). 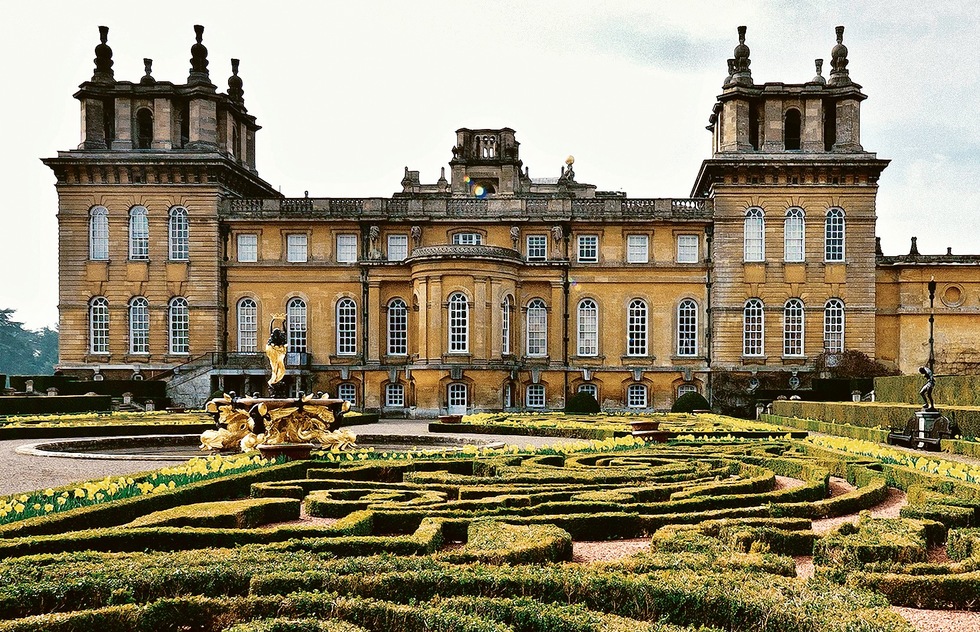 Blenheim is the most celebrated of England’s countless stately homes. Regarded as England’s answer to Versailles, this Baroque palace is also the birthplace of Sir Winston Churchill.

Must Do:
Explore 2,000 acres of park and gardens and try to navigate the famous Marlborough Maze, the world’s largest hedge maze. 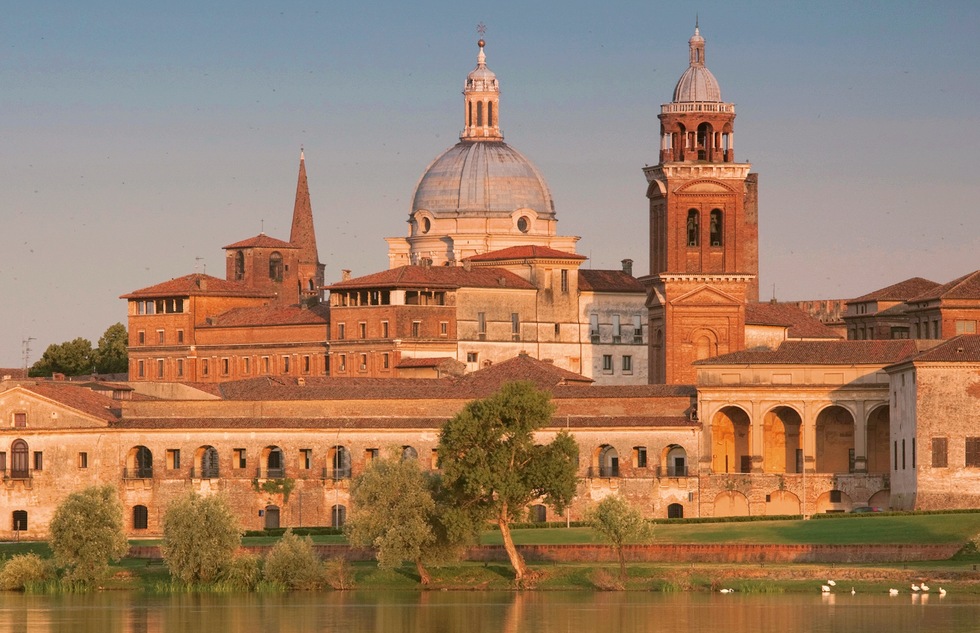 © Danita Delimont/Getty Images
Palazzo Ducale and Palazzo Te
A Celebration of Renaissance Splendor
Mantua, Lombardy, Italy
Mantua owes its rich past to the Gonzaga family, who were to this city what the Medicis were to Florence. Under their influence, the city flourished for 400 years. Their sumptuously decorated Palazzo Ducale is filled with vibrant canvases by Renaissance masters. Palazzo Te, created by Federico II, displays Giulio Romano’s rich frescoes, which are among the world’s greatest masterpieces of Mannerist art.
Must Do:
• Visit when a vial allegedly containing the Most Precious Blood of Christ is paraded through the streets on Good Friday
• Attend mid-September’s Festivaletteratura, a series of concerts and plays. 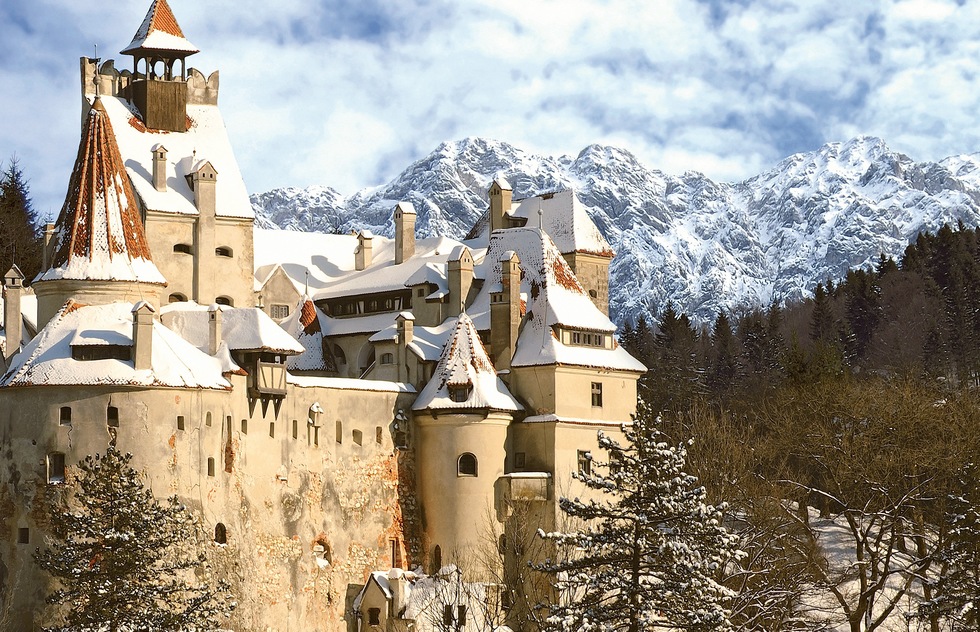 © maryd/Adobe Stock
Southern Transylvania
Mountains, Saxon Villages, and Folklore of the Undead
Romania
Thrill seekers, wine lovers, and photographers are drawn to Transylvania, one of the last great European wildernesses. Cradled by the Carpathian Mountains, it is replete with ancient towns, fortified churches, Gothic castles, and legends about a certain nocturnal humanoid with prominent canines.
Must Do:
• Explore the Saxon towns of Brașov, Sibiu, and Sighișoara, for their mix of traditional and modern culture
• Hike, bike, or ski the nearby Bucegi and Fagărăs mountains
• Book guided trips to the area’s castles, especially the 14th-century Bran Castle, inaccurately but fondly known as Dracula’s Castle. (Bram Stoker’s 1897 novel Dracula was inspired by Vlad Dracula, a 15th-century Transylvanian prince known for impaling his enemies on stakes. Vlad spent at most a few nights in Bran Castle, but that hasn’t stopped the steady flow of Dracula buffs, especially around Halloween time.) 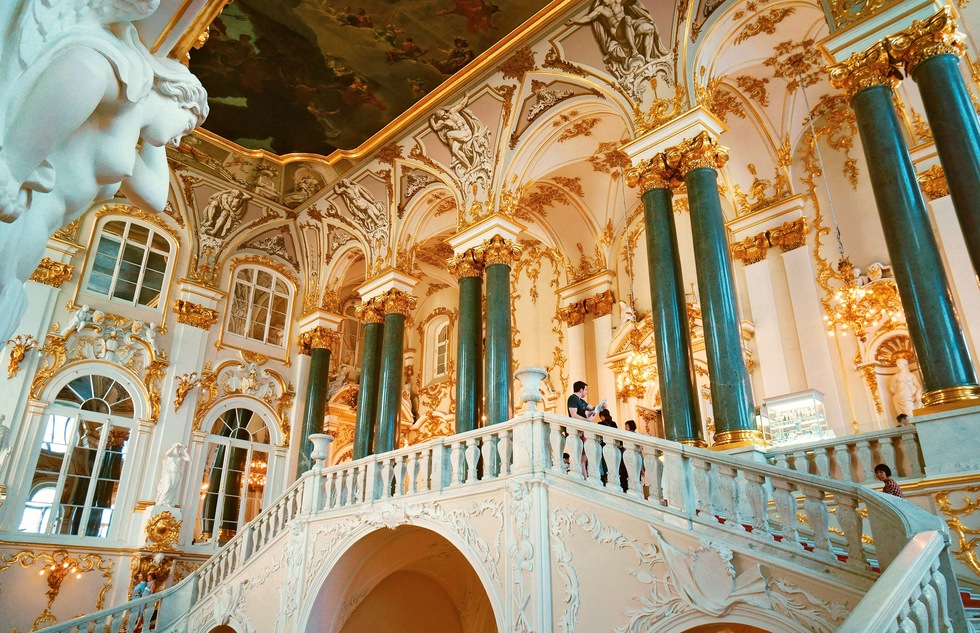 © David Lyons/Alamy Stock Photo
The Winter Palace and the Hermitage
Splendors of Another Age
St. Petersburg, Russia
Designed for Empress Elizabeth I in 1754, the sumptuous Winter Palace (above) served as the official residence of the czars until the 1917 Revolution. But the palace is best known as the home of the Hermitage Museum, Russia’s Louvre, with more than 40 works by Rembrandt, 40 by Rubens, 8 Titians, and masterpieces by Michelangelo, Leonardo da Vinci, and a host of Impressionists and Postimpressionists.
Must Visit:
• The Malachite Hall, filled with decorative details made of the gemstone
• The Treasury Gallery, laden with gold and jewelry dating back to the 7th century BC
• The 18th-century Yusupov Palace and its Rococo theater, a 20-minute stroll away from the Winter Palace
• The nearby St. Isaac’s cathedral, decorated with frescoes, mosaics, and 14 kinds of precious stones 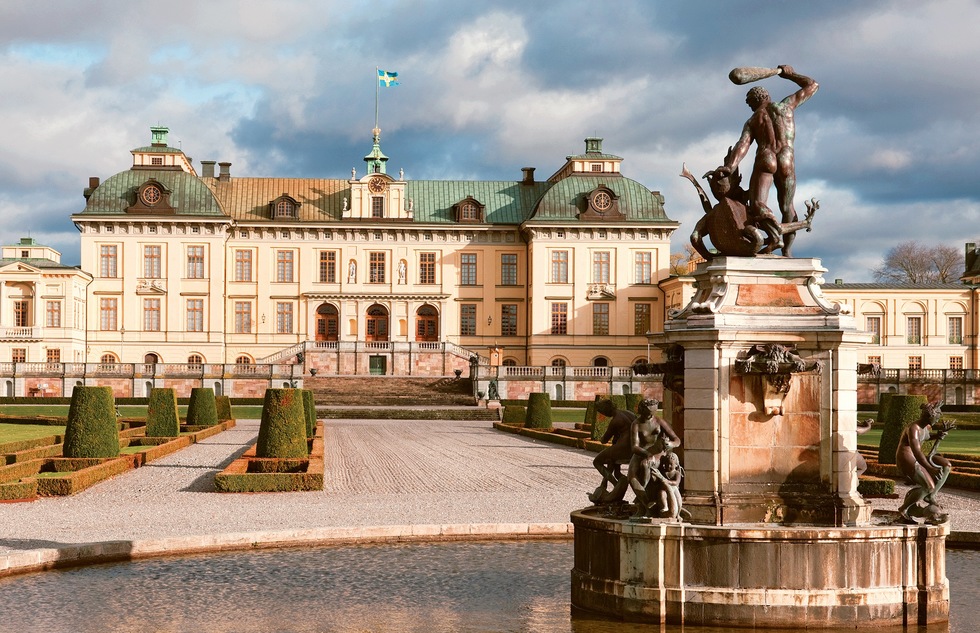 © Anna Yu/Getty Images
Drottningholm Palace and Court Theater
The Versailles of the North
Lake Mälaren, Svealand, Sweden
The official home of Sweden’s King Carl XVI and Queen Silvia, the Rococo Drottningholm (right) is set on its own island in Lake Mälaren and is home to the world’s most perfectly preserved 18th-century theater, where performances are given using original sets, stage machinery, and period instruments.
Must Do:
• Stroll through the palace’s gardens to the Chinese Pavilion, built in 1753.
• Attend one of the 18th-century operas and ballets performed during the summer season in the historic theater. 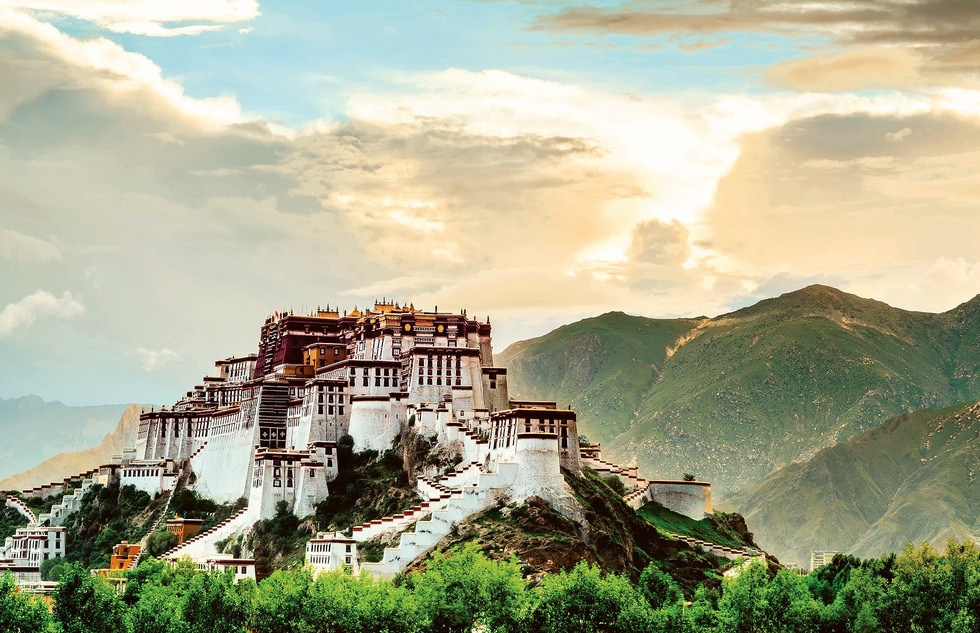 © Sino Images/Getty Images
Potala Palace
Fortress Home of the Dalai Lamas
Lhasa, Tibet, China
The epicenter of Tibetan spirituality, Lhasa, which in Tibetan means “Place of the Gods,” is home to the Potala Palace, a 13-story fortress that was once the winter palace and seat of the Dalai Lama (the current Dalai Lama fled in 1959 to India, where he still resides). It rises above the holy city on the hill where it has stood since the 17th century. Today, it is a museum and the most recognizable of the city’s landmarks.
Must Do:
• Visit the Jokhang Temple, the spiritual heart of Lhasa city, where a million butter candles illuminate an important statue of Buddha, and the hub of the main market district, known as the Barkhor.
• Drive to Lhasa from Kathmandu, Nepal, on the “Friendship Highway,” a 2-day trip with spectacular vistas. 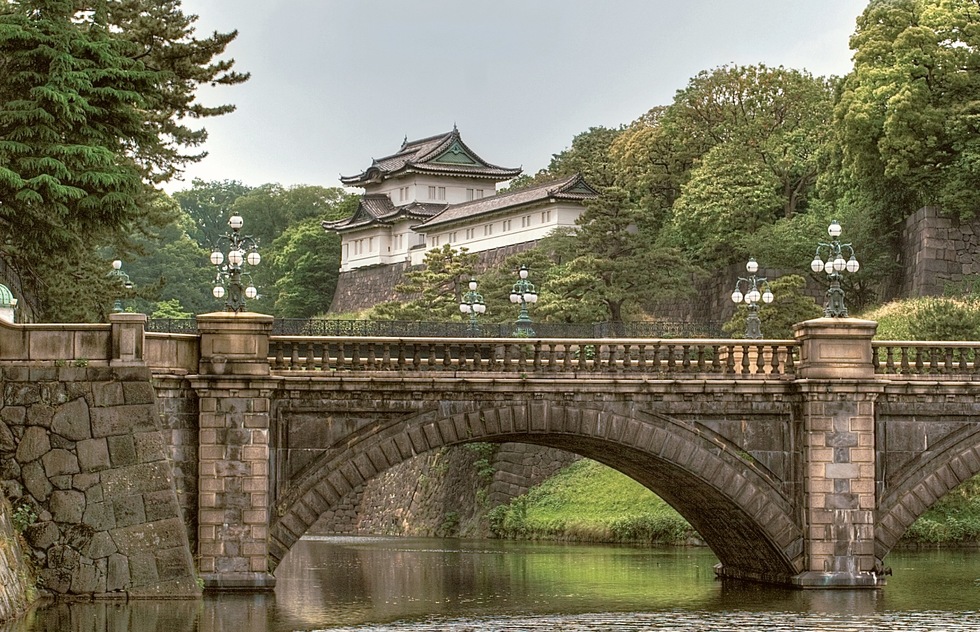 © Jay Nong/Shutterstock
Imperial Palace
The Home of the Japanese Emperors
Tokyo, Honshu, Japan
While the Imperial Palace is off-limits, part of the royal compound is open to official tours (advance booking essential). But no reservation is needed to access the palace’s 50-acre, impeccably manicured East Garden. 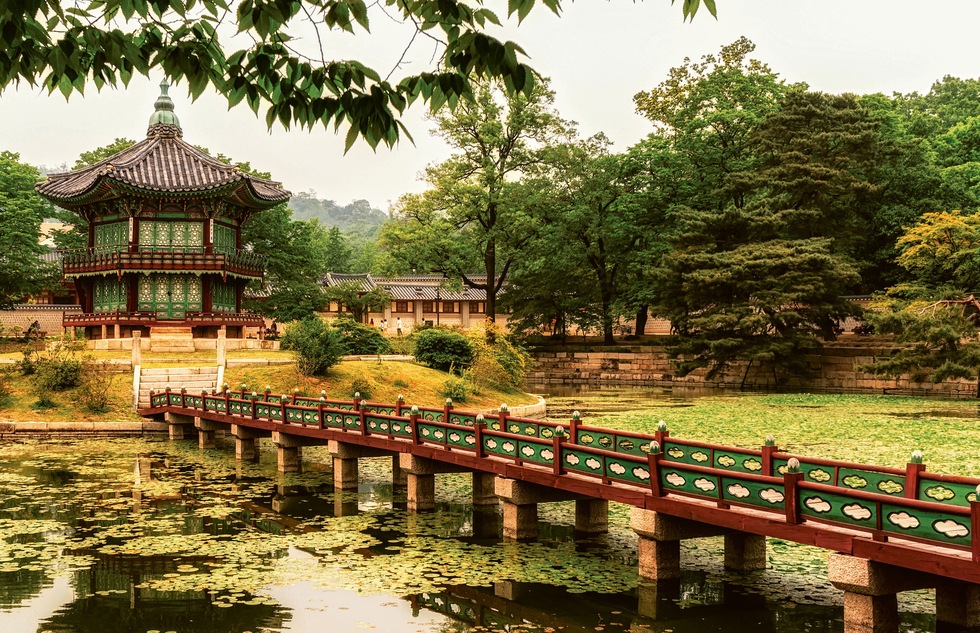 © Zoonar GmbH/Alamy Stock Photo
The Palaces of the Joseon Dynasty
Splendors from the Past
Seoul, South Korea
Despite being a sprawling metropolis of high-rises and neon-lit streets, Seoul is also home to some of the country’s most historic and beautiful buildings, including the elaborate Five Grand Palaces, a testament to Korea’s feudal past right in the heart of bustling downtown.
Must Visit:
• The Gycongbokgung Palace and the Jongmyo Royal Shrine on the edge of the palace grounds (left), the country’s oldest preserved royal Confucian shrine.
• The Changdeokgung Palace and the Secret Garden to stroll wooded pathways and elegant stone bridges. 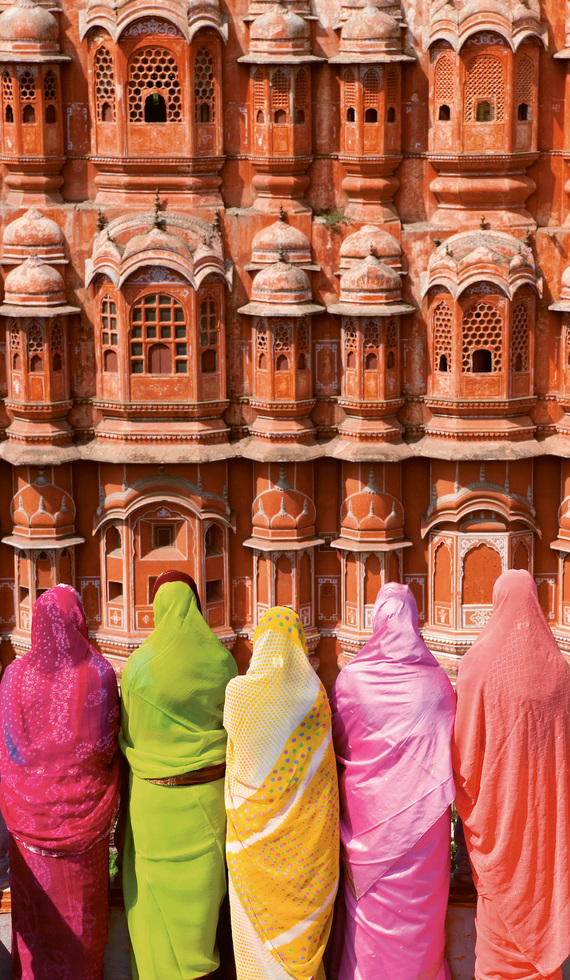 © robertharding/Alamy Stock Photo
Palace of Winds
Where Royal Concubines Watched the World Go By
Jaipur, Rajasthan, India
Pink is the Rajput color of hospitality, and Jaipur, capital of the desert state of Rajasthan, is known as the “Pink City.” It is home to Hawa Mahal, the five-story “palace of winds” built in 1799 with honeycomb windows. The upper two stories are really an elegant façade, just one room deep but pierced by 953 windows from which the ladies of the royal household in purdah (concealment from men) could enjoy the breeze while viewing everyday life in the Old City below.
Must Visit:
• The nearby City Palace complex, an exotic blend of Rajasthani and Mughal architecture that houses the former maharaja and his family on a high floor. 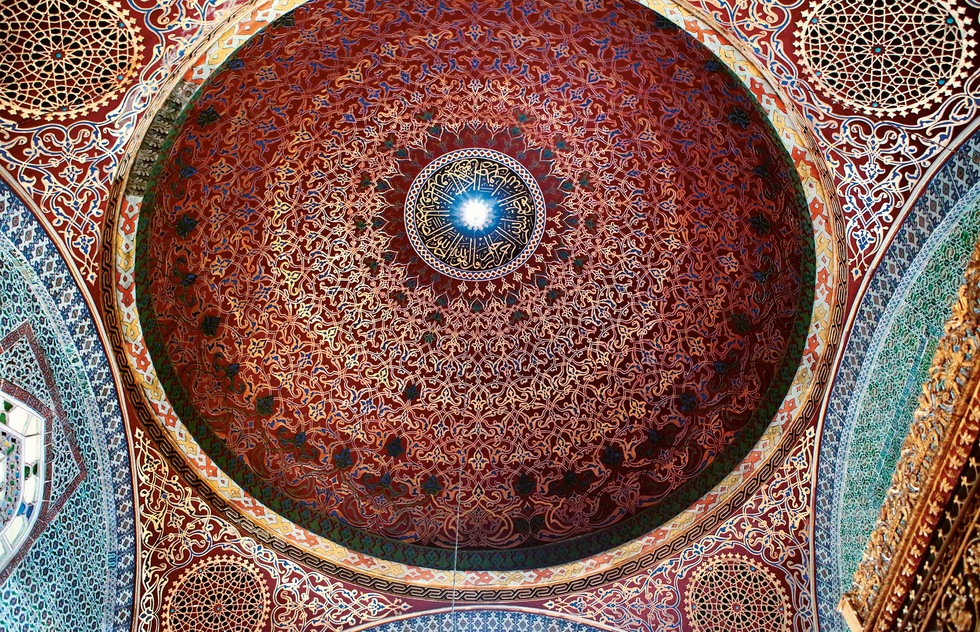 © Ivan Vdovin/AWL Images/Getty Images
Topkapi Palace
The Seat of the Ottoman Rulers
Istanbul, Turkey
Over a period of nearly four centuries, 25 sultans ruled the vast Ottoman Empire from the sprawling 175-acre Topkapi Palace. The Treasury’s highlights are the emerald-encrusted Topkapi dagger and the 86-karat Spoonmaker’s Diamond, but for many visitors, the most exotic stop is the 400-room Harem. 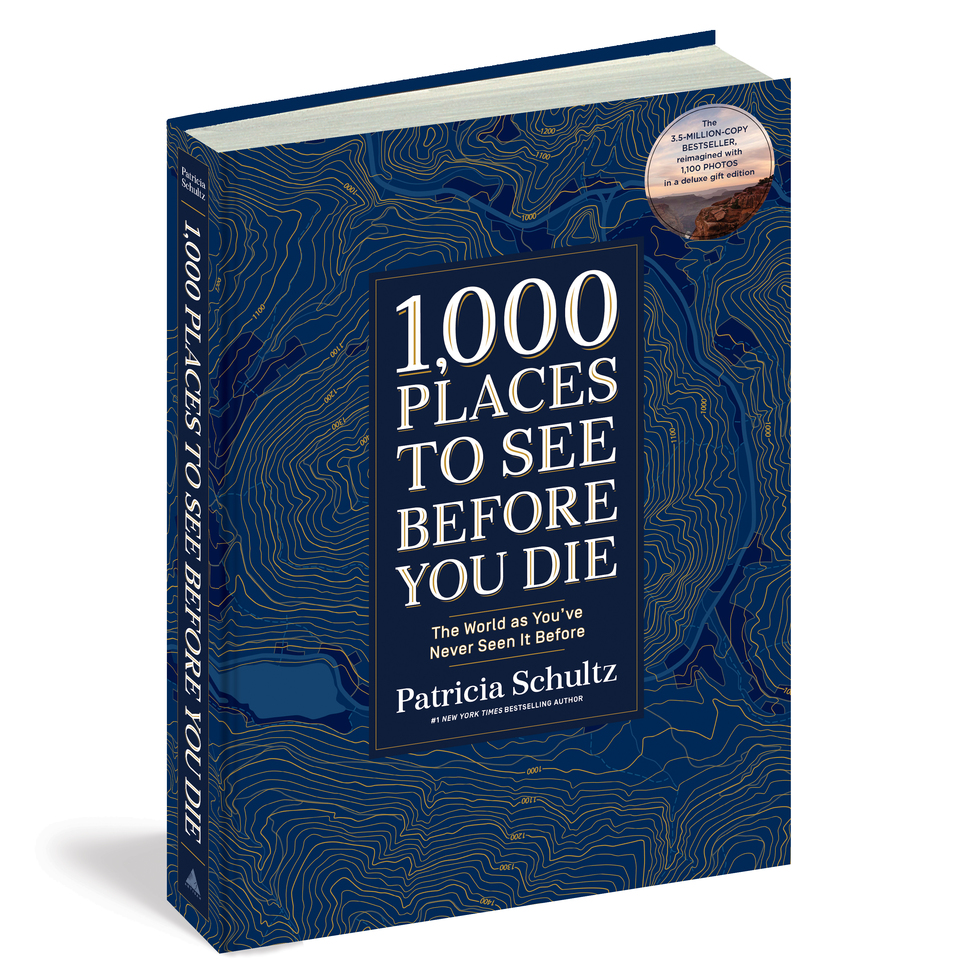