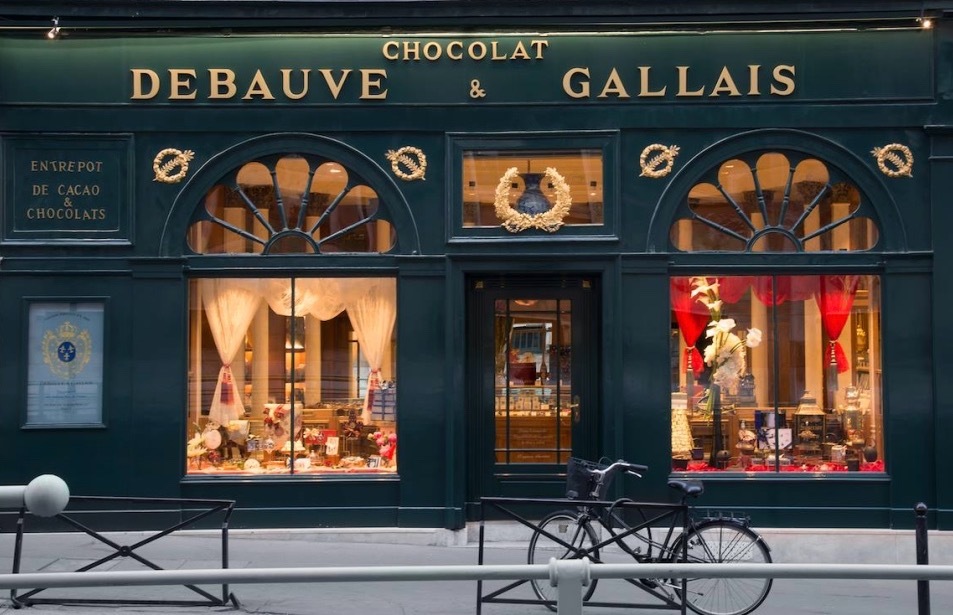 Paris is one of the world’s top shopping destinations. The city prides itself on its elegant boutiques dedicated to everything from high fashion to gastronomy. But few French brands that are rich in history are still located at their original locations. Only a handful of old-school shops have managed to survive revolutions, urbanization, and globalization as well as the ups and downs of the marketplace. Travel back a century—or three—at these time capsules of retail. 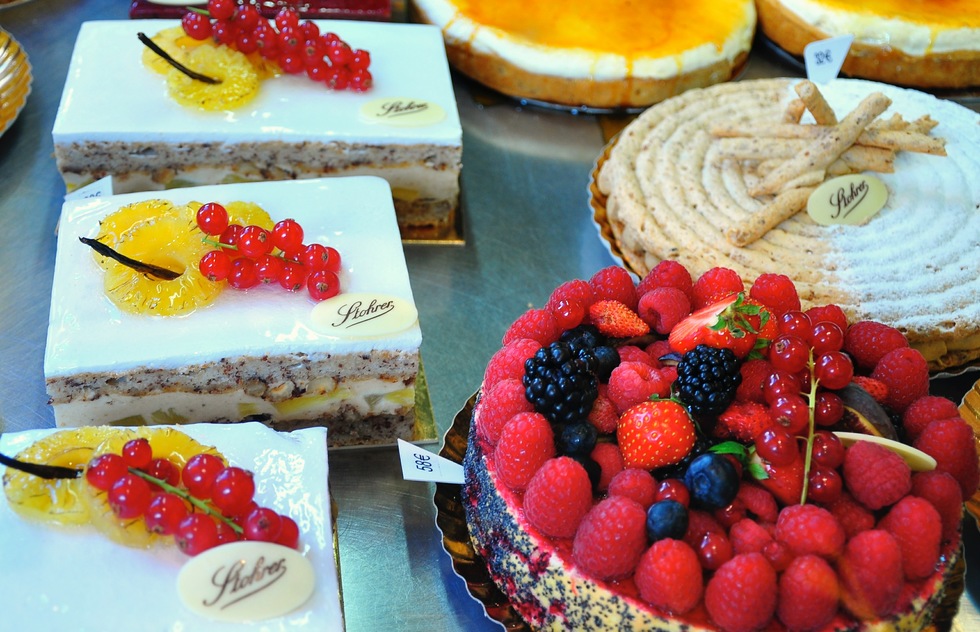 When the Polish princess Maria Leszczyńska married King Louis XV, she brought her pastry chef, Nicolas Stohrer, with her to France. In 1730 he set up shop in the gastronomic heart of Paris, on rue Montorgueil, adjacent to the Les Halles market. Although the interior of Stohrer’s patisserie received a mid-19th-century facelift, its location hasn’t budged, making it the oldest pastry shop in the city. Pop in to admire the glamorous Second French Empire décor and to try the baba au rhum, a spongy yeast cake soaked in rum. The confection was invented by Stohrer himself. 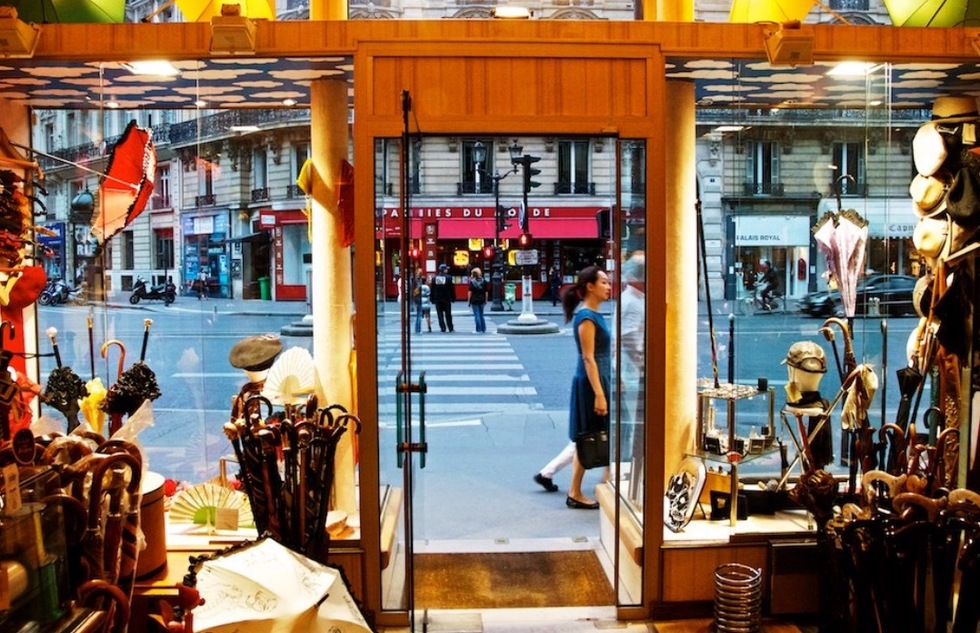 A simple façade on busy avenue de l'Opéra hides 350 years of umbrella craftsmanship. In 1745 the husband-and-wife Antoine team opened an umbrella rental stand at each end of the Pont Neuf, catering to the many Parisians who would stroll along the bridge—chic parapluie in hand—and take in the lively atmosphere animated by singers, street performers, and food vendors. Following the latest trends, the Antoines moved in 1760 to the newly fashionable Palais Royal area and then, in 1885, around the corner to this recently built wide avenue. The shop still sells handcrafted umbrellas as well as other handsome accessories including canes, fans, scarves, bow ties, and hats. 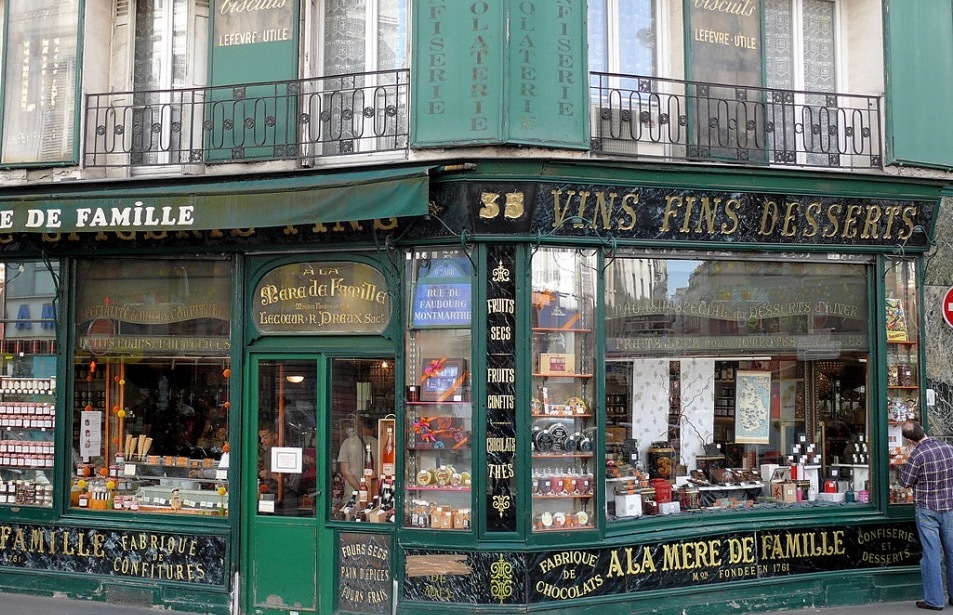 Although it has passed through the hands of various familles, this confectionery shop has been a family affair since opening in 1761. From generation to generation, the place has built a solid reputation for its top-quality food products, gradually narrowing the focus to a specialty in chocolate, nougat, and other sweet treats. You can now find branches around the city, but traditionalists should visit the original boutique at 35 rue du Faubourg Montmartre, which sports an attractive Belle Époque facade. 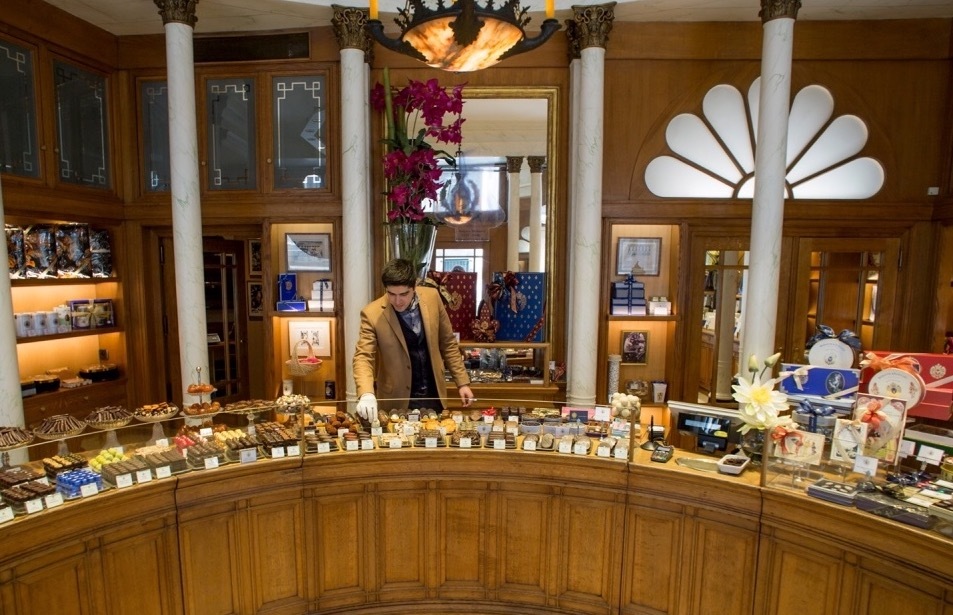 Chocolate lovers don’t need to be convinced of the restorative properties of cocoa and neither did Marie Antoinette. In 1779 her pharmacist, Sulpice Debauve, invented individual chocolates by mixing cocoa butter with a headache remedy. Their popularity with the queen earned Debauve the title of official chocolatier to Louis XVI. After the French Revolution, Debauve and his nephew, Jean-Baptiste Auguste Gallais, opened a shop on rue Saint-Dominique before moving to the current location on rue des Saints-Pères in 1817. Search amid the to-die-for sweets on display to find the chocolate coins that Marie Antoinette was fond of nibbling. 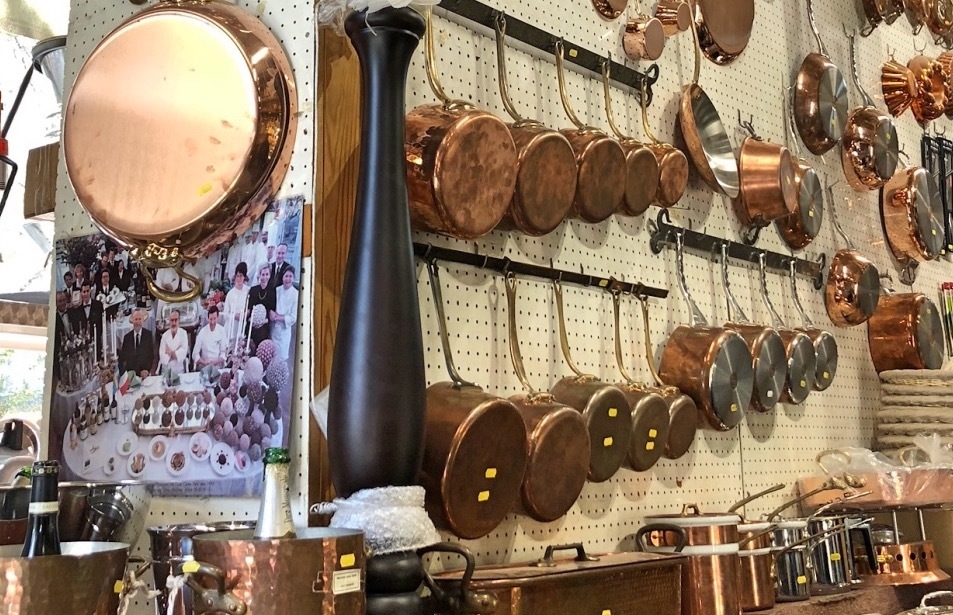 The colossal iron-and-glass buildings of Les Halles may have been torn down in the 1960s, but the spirit of the city’s defunct central food market lives on, thanks to a few remaining vestiges. One of those is this 19th-century kitchen supply shop. In the 1880s Eugène de Hillerin began building a small empire of stores, foundries, and other businesses specializing in hardware and cookware. In 1890 he decided to showcase all his goods in one venue on rue Coquillière, which soon became a go-to for chefs from Paul Bocuse to Julia Child. Though a copper pot might not fit in your suitcase, you’ll have fun exploring the kitchen-supply equivalent of Ali Baba’s cave. 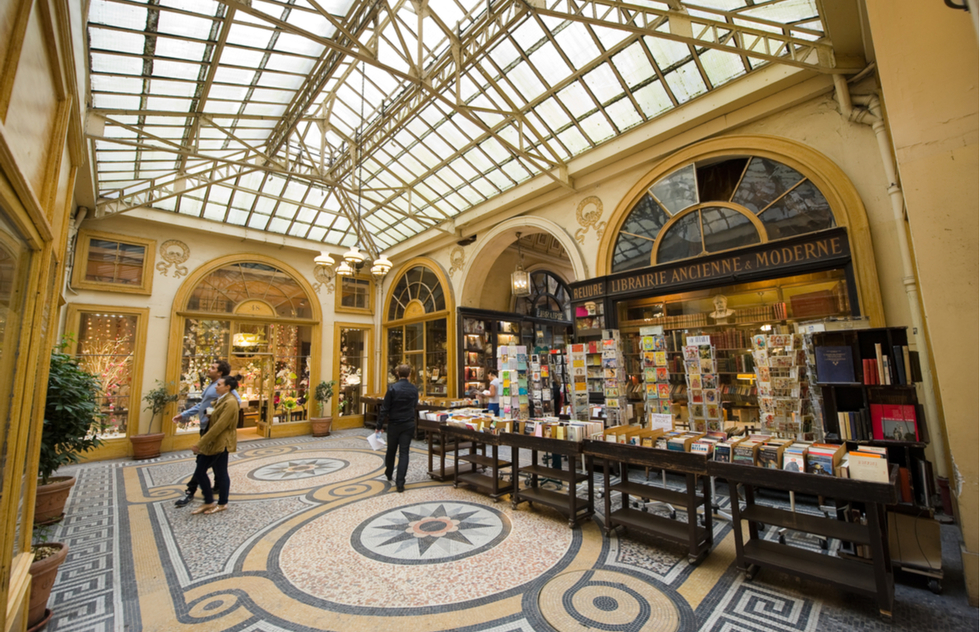 Tucked away at the end of the historic Galerie Vivienne shopping arcade, this bookshop first opened in 1826 and has been run by the Jousseaume family for three generations. A bibliophile’s dream, the dusty shelves here contain over 40,000 new and used books—some older than the shop itself. Be sure to peruse the bargain bins out front for used books in English. 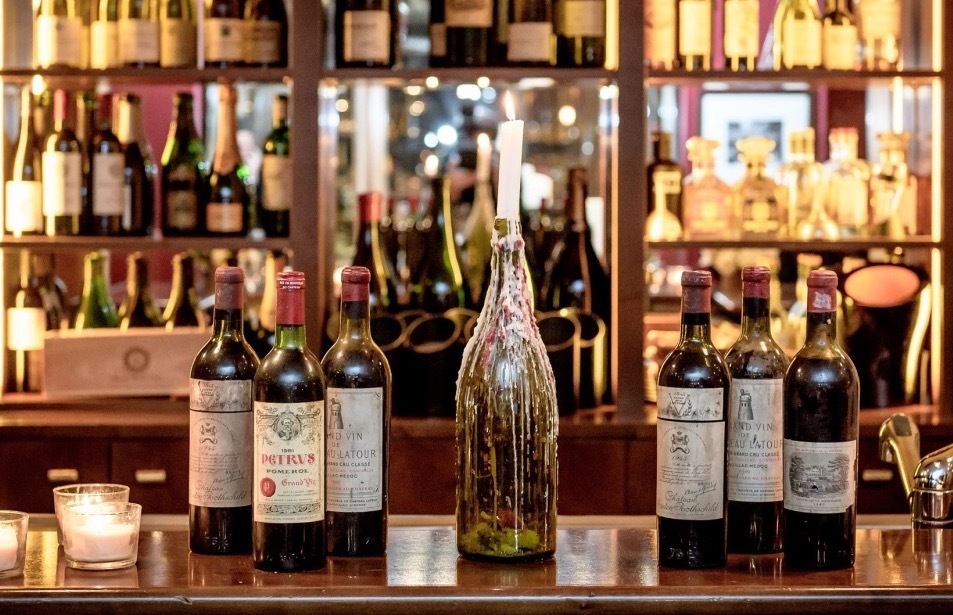 Also found in the Galerie Vivienne, this historic wine shop opened in 1880 as a purveyor of spices, coffee, tea, and other then-exotic products from the East. Eventually the successful boutique was bought by brothers Alexandre and Pierre Legrand, who started selling wine that was bottled on the premises. When Pierre’s son, Lucien, took over in 1945, he became one of the first wine merchants to go traveling around the country’s vineyards in search of the best reds and whites. Back in Paris, he would introduce clients to select finds during tastings held at the boutique, leading to the family’s notable reputation in the wine world. Today, some of Legrand's inventory can be sampled by the glass at the wine bar. Shop for gourmet snacks on the other side of the store—its original location—on rue de la Banque. 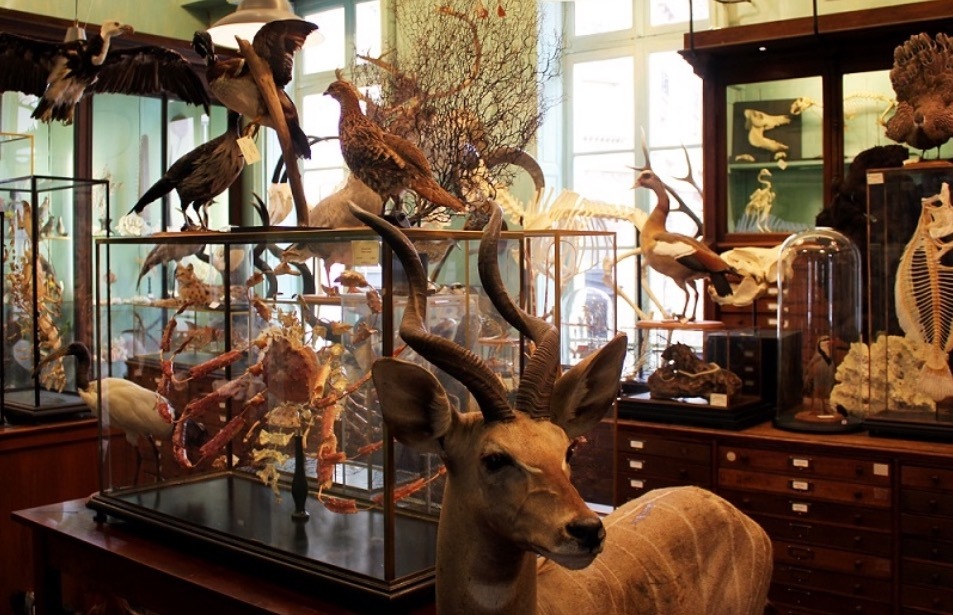 As seen in Woody Allen’s Midnight in Paris—and in many an Instagram feed—this is the oldest taxidermy shop in Paris. Since its founding in 1831, Deyrolle (which moved to its current location in 1888) has been a trusted resource for students of natural history and those with a taste for the quirky. The Left Bank institution was ravaged by fire in 2008; however, the building and its collections were quickly restored. A wander through this cabinet of curiosities filled with stuffed tigers, zebras, birds, and other preserved creatures can be a surreal experience worthy of Dalí—and as a matter of fact, the eccentric Spanish artist just so happened to be a customer. 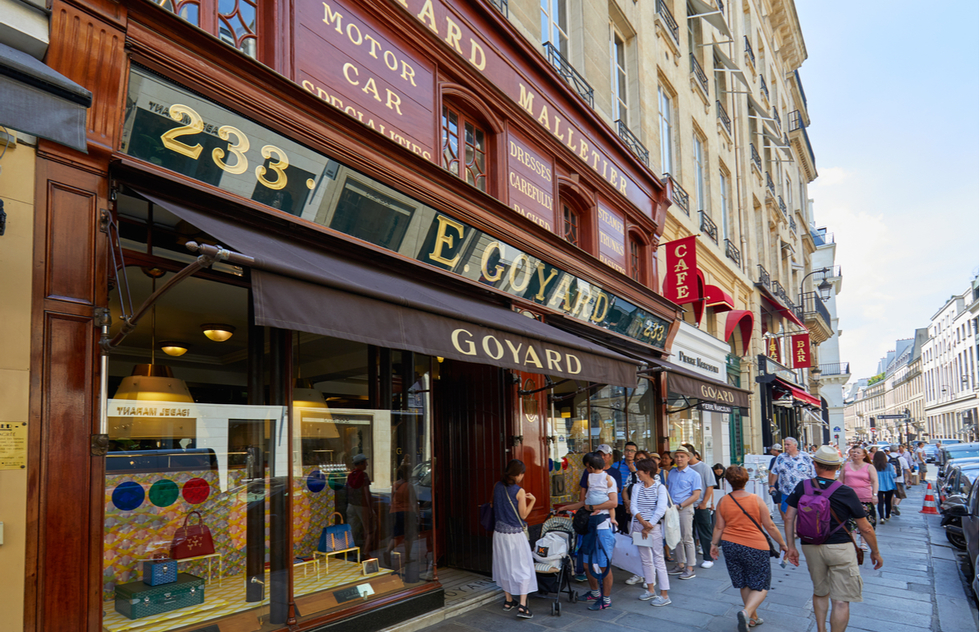 This charming shop on stylish rue Saint-Honoré carries on a tradition of leather trunk and bag making that predates even Louis Vuitton. The grand age of ship and train travel in the middle of the 19th century made François Goyard’s impeccably crafted trunks a must-have for the rich and famous, and A-listers have stayed loyal to the brand ever since. Over the years, Goyard’s chests and boxes have found their way into the wardrobes of the Romanovs, the Rockefellers, Coco Chanel, and Karl Lagerfeld. In modern times, the business has expanded into luxury leather accessories such as handbags and wallets.