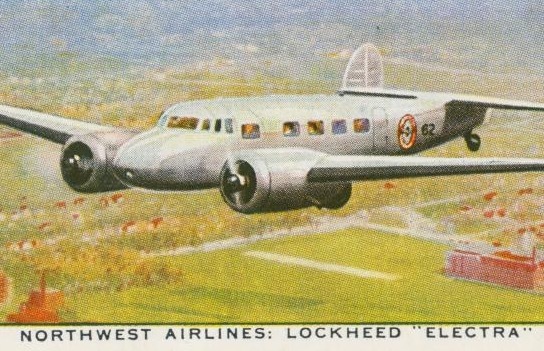 In the 1920s and '30s, all eyes turned skyward. Aviators were the heroes of the day, courageously testing the elements and wobbly technology alike as they pushed newfangled aircraft to new extremes and navigated from airfield to airfield by sight alone—radar and GPS were years in the future.

Yet despite the risks of the nascent flying industry, commercial air travel made giant strides, and the world knew that whenever an airplane flew overhead, those on the ground were looking up at the future.

Many people learned the art of planespotting from a cigarette company, of all sources. Nottingham-based John Player & Sons was the top tobacco company in England, and to stimulate sales (and hook customers on nicotine), the company inserted themed trading cards into each packet of smokes. Collectible topics included football stars, daredevil motorists, derby winners, military uniforms, and, to capitalize on the public excitement for aviation, an exclusive set dedicated to cutting-edge "International Air Liners." Collectors could stick the cards in a special album that could be purchased from a tobacconist for a penny.

Some of these rare trading cards were recently digitized by the New York Public Library. Come fly along with the top stars of the skies during the Great Depression, when your flight might have wooden wings, bunk beds, or seating in compartments.

The inscription on the back of each card is displayed below the image on the front. 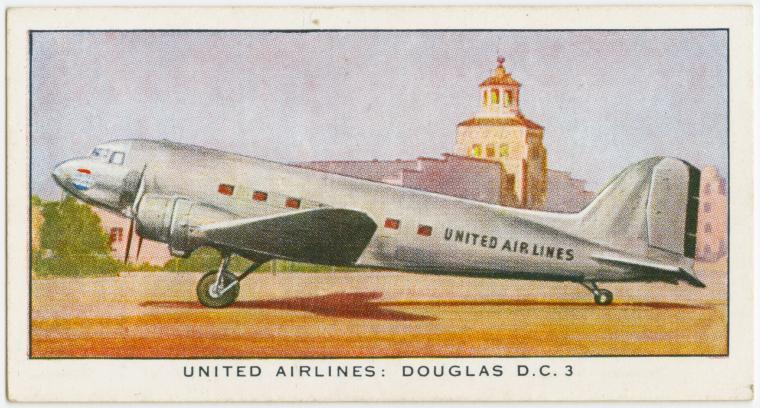 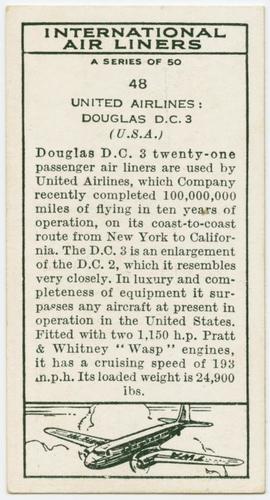 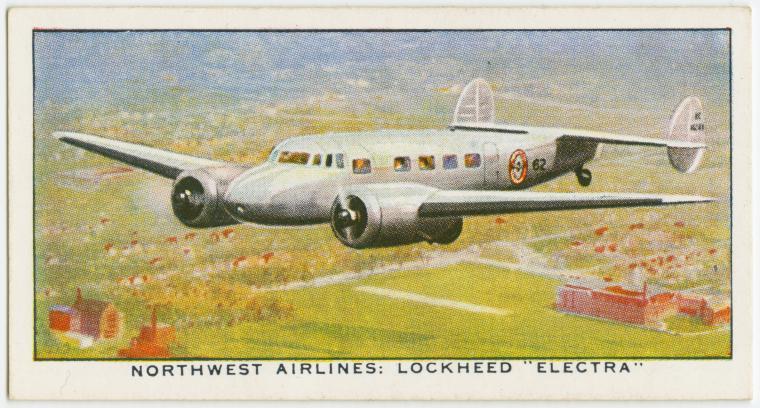 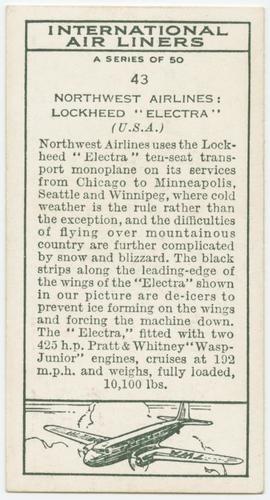 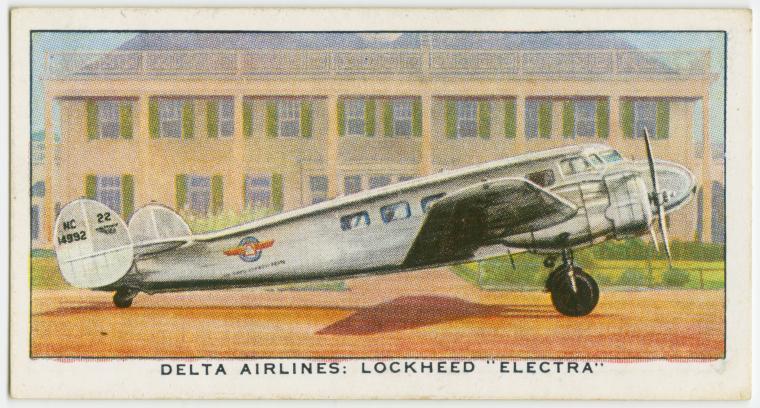 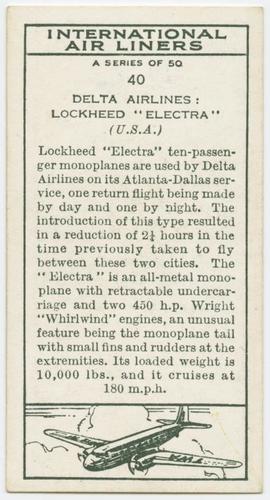 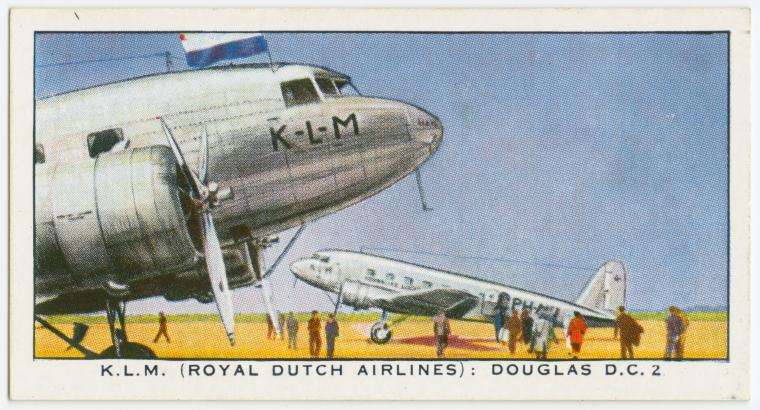 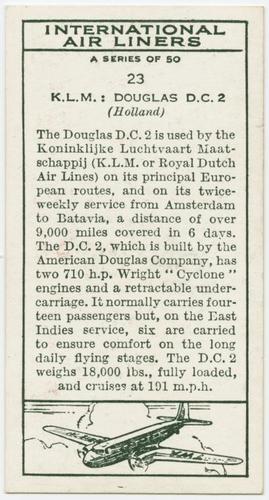 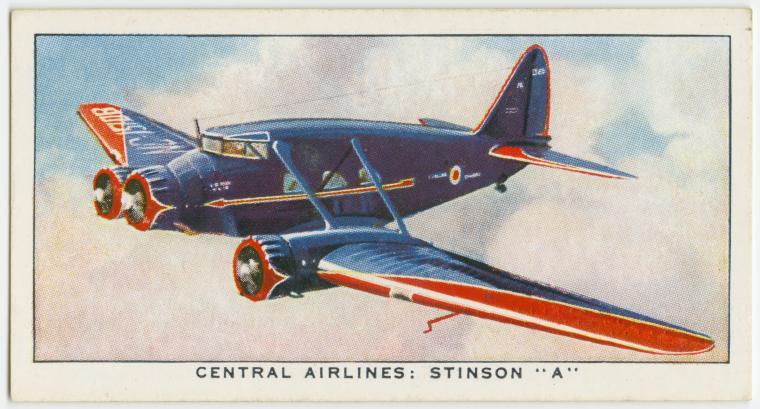 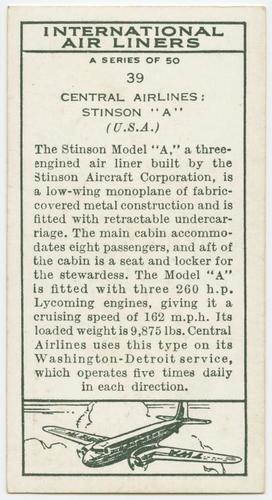 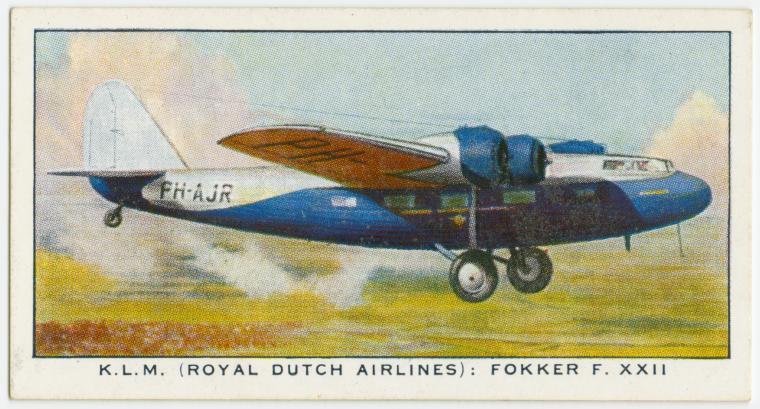 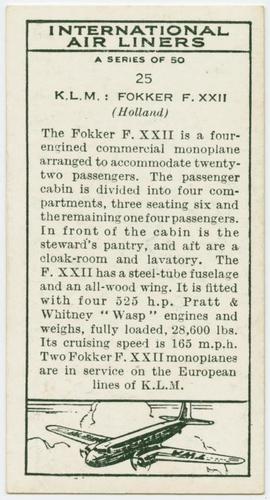 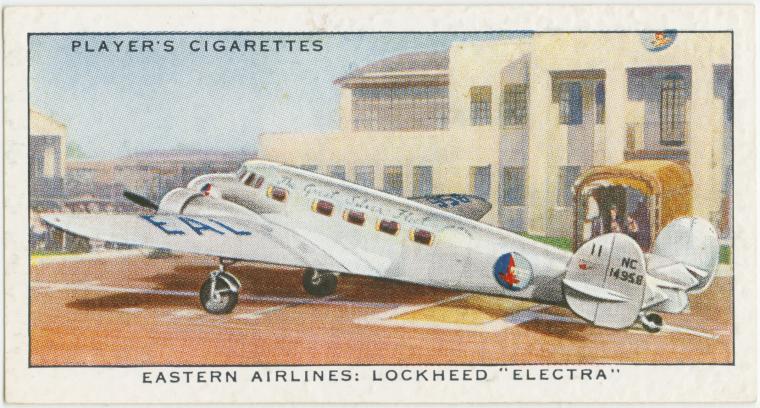 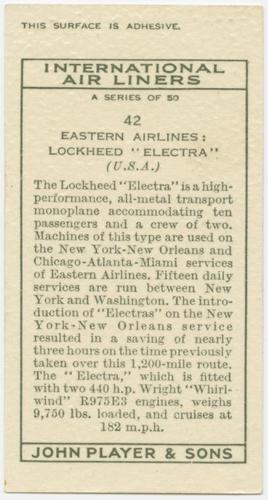 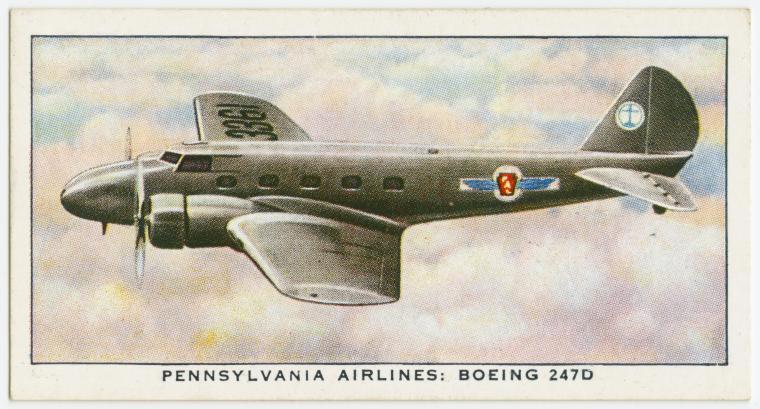 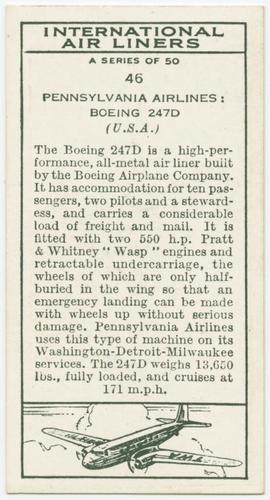 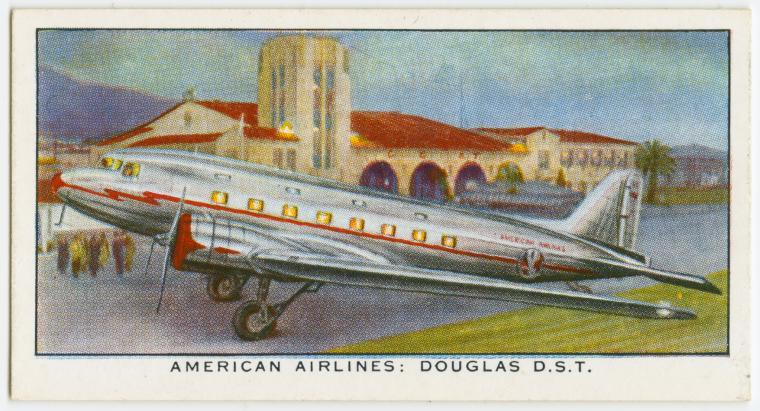 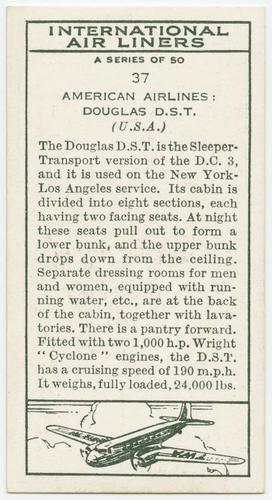 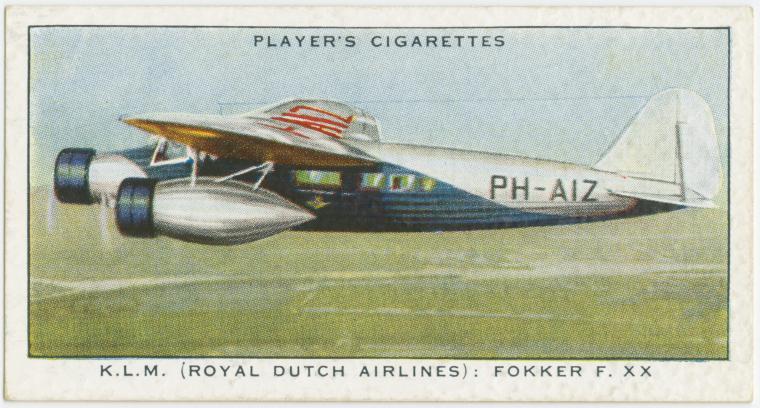 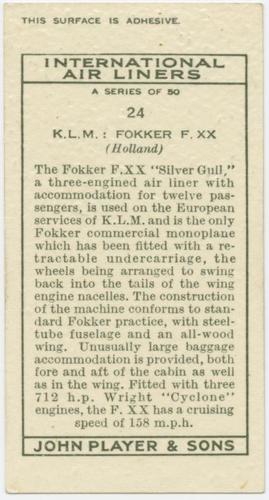 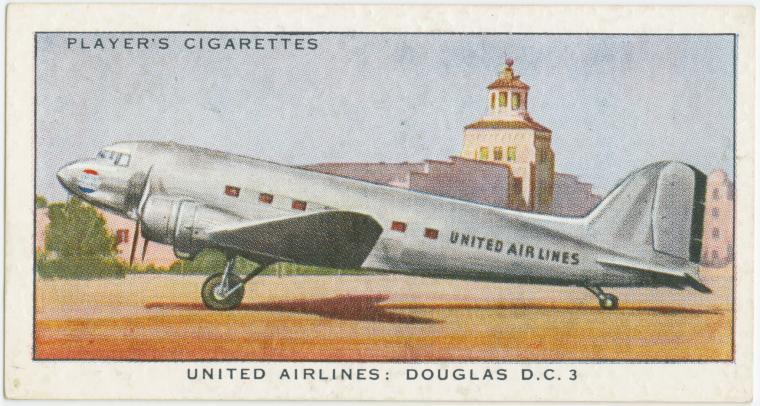 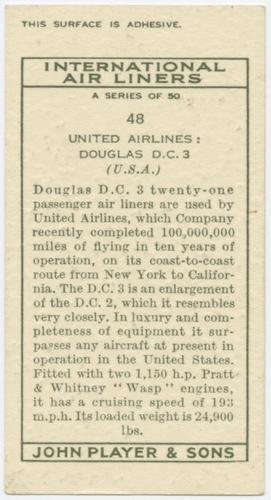 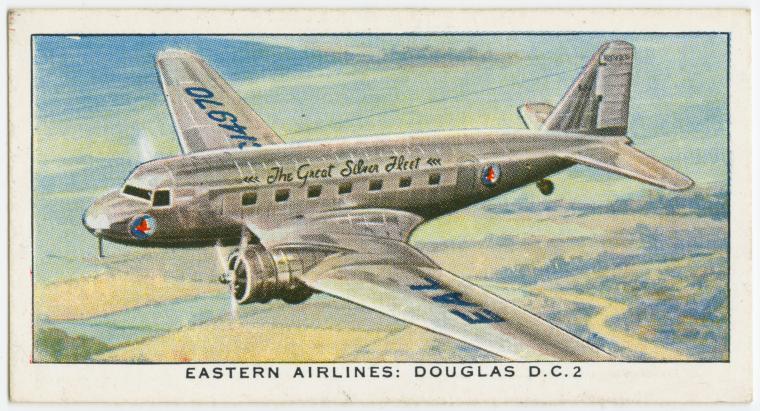 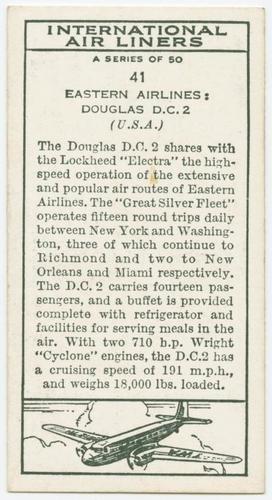 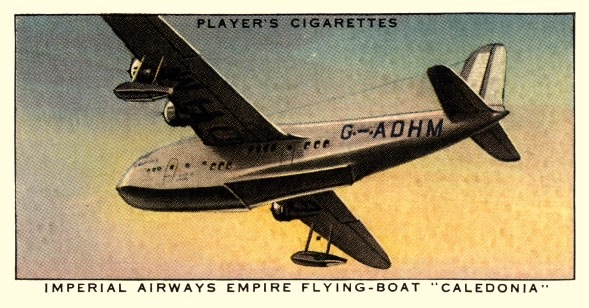 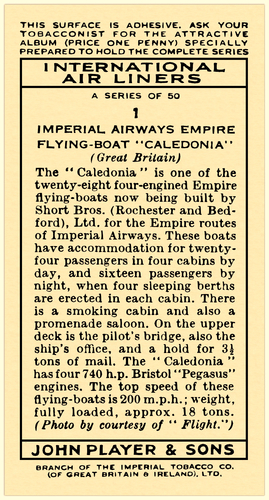 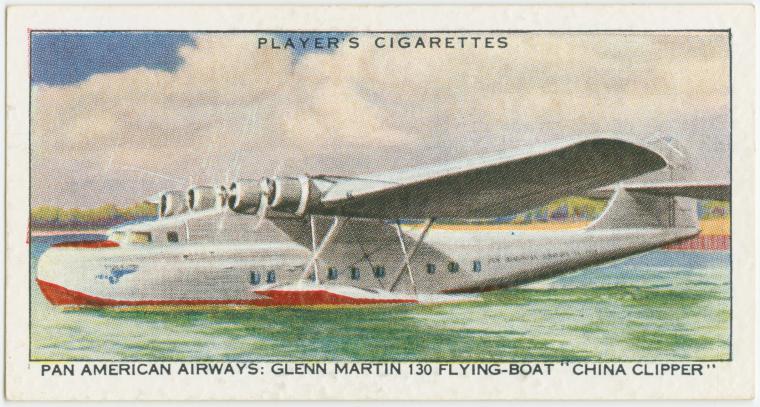 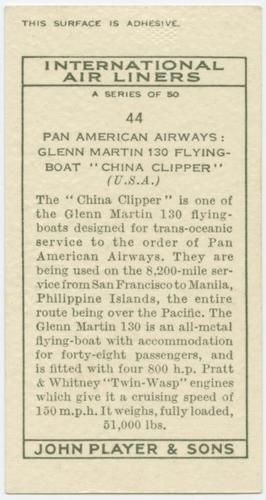