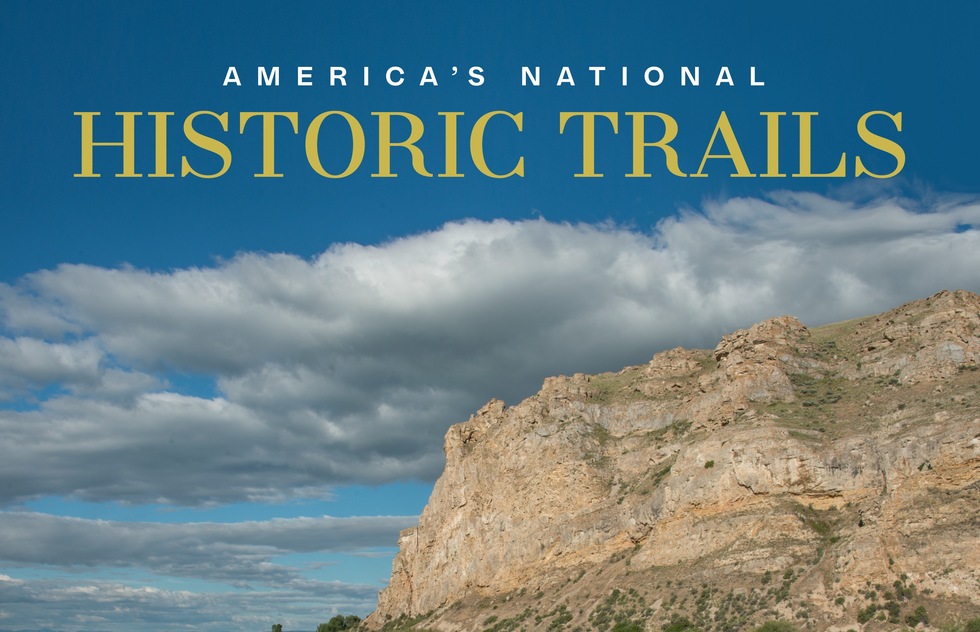 Unknown to many travelers, the National Park Service of the United States has established a National Historic Trails system that's perfectly designed for planning patriotic versions of the Great American Road Trip. Totaling 31,000 miles in 41 states, the 19 routes of the NHT system are organized by all-American themes both triumphant and tragic, tracing the stories of the Lewis and Clark expedition, the Trail of Tears, the civil rights quest in 1960s Alabama, the Mormon diaspora, and 15 more.

The underappreciated program is documented and celebrated in a photography-rich book, America's National Historic Trails: In the Footsteps of History (Rizzoli), written by Karen Berger and photographed by Bart Smith. Documentarian Ken Burns and screenwriter Dayton Duncan, who collaborated on PBS's epic 12-hour series on America's national parks in 2009, provide the foreword to the book.

In this exclusive excerpt selected by the publisher, preview stops on 12 of the 19 historic trails, all of which are covered in depth with lush photography in the 320-page book. 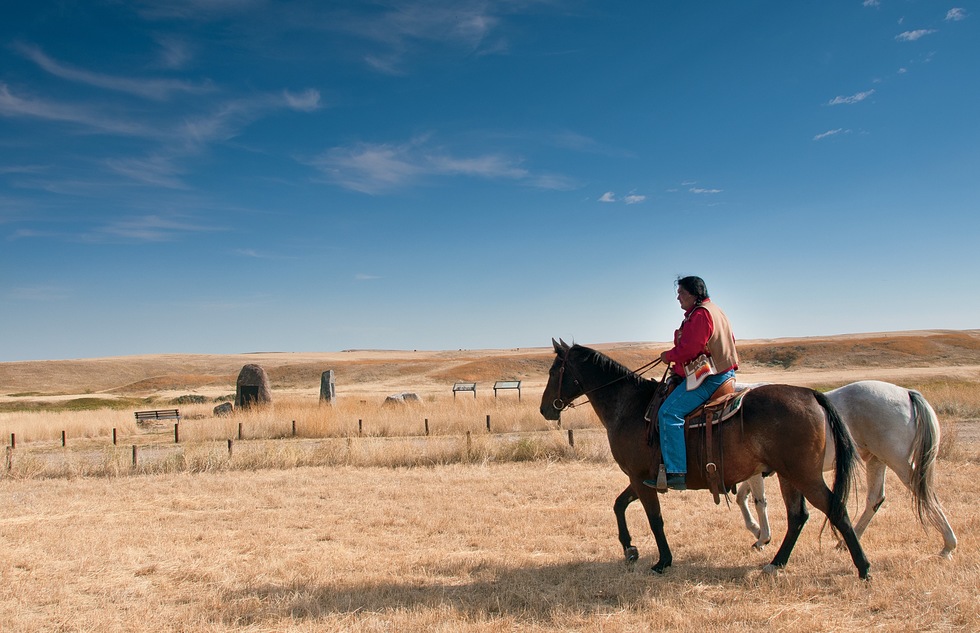 Notable stop: A moderately difficult 1.25-mile self-guided interpretive trail leads through the battlefield (ranger-led tours are also available if arranged in advance). In the nearby (by western standards—it is 16 miles away) town of Chinook, the Blaine County Museum tells the story of the battle and the surrender of those final few days. The museum’s exhibits include a 20-minute multimedia presentation, artifacts from the battlefield, and photographs and military gear from the late 1800s. 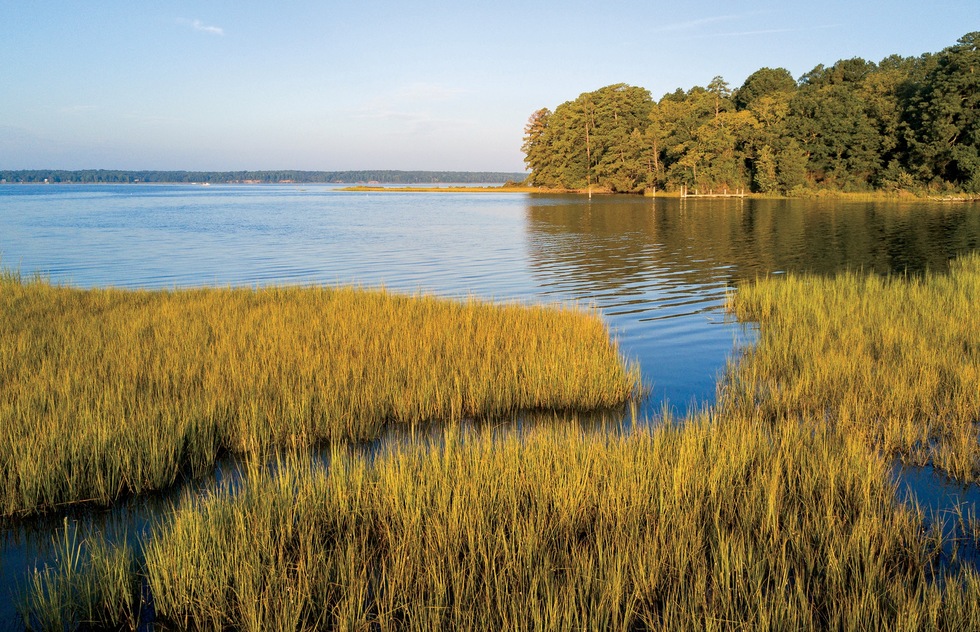 Notable stop: Along with Williamsburg and Yorktown, Jamestown is one of three locations included in Virginia’s Historic Triangle. At Historic Jamestowne, visitors can watch artisans use techniques from the 1600s at the Glasshouse and see remains of the original 1607 James Fort being uncovered at an archaeological dig. At nearby Jamestown Settlement, the living history museum highlights include a re-created Powhatan village, where visitors are guided through the daily life of the American Indians that Smith would have encountered; reproductions of the first three ships that sailed from England to Jamestown; and a replica of James Fort, where visitors can see the details of shipboard life, from how meals were prepared to how arms and armor were worn and used. 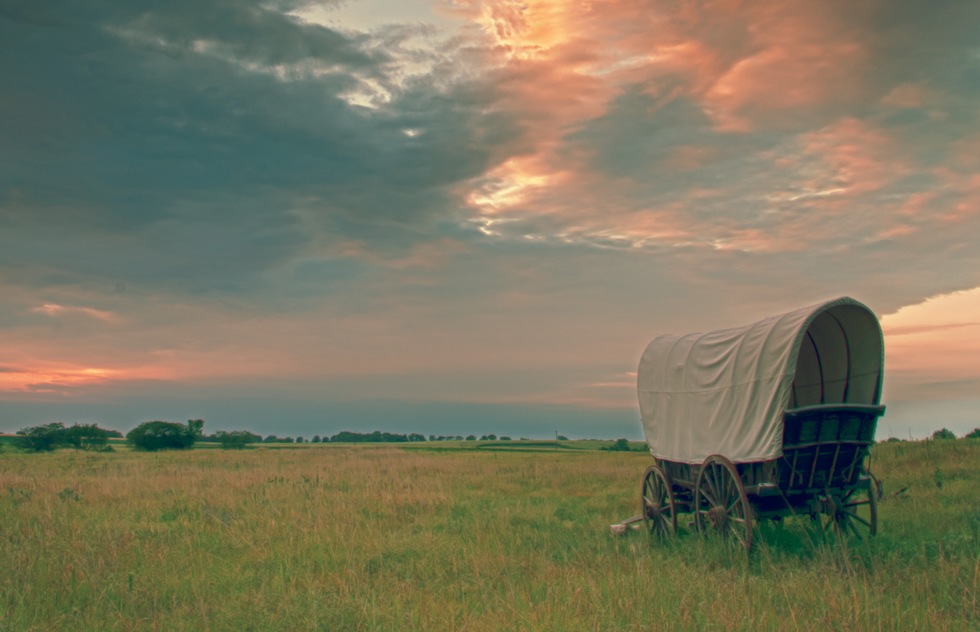 Notable stop: The Archway is a museum in an indoor bridge that was built over I-80 in Kearney, Nebraska, northwest of Rock Creek Station. The museum commemorates all the national historic trails that passed through Fort Kearny with permanent exhibits that give an overview of the history of the various movements and show how life was lived on the emigrant trails. Just a few minutes away is Fort Kearny State Historical Park. Its modest offerings—a museum and some reconstructed fort buildings—belie its importance as the convergence point for all the emigrant trails and the last opportunity for settlers to adjust supplies, repair gear, or send a letter home before striking out into the unknown. If you visit this region in March, be sure to stop in Kearney to see the annual crane migration. 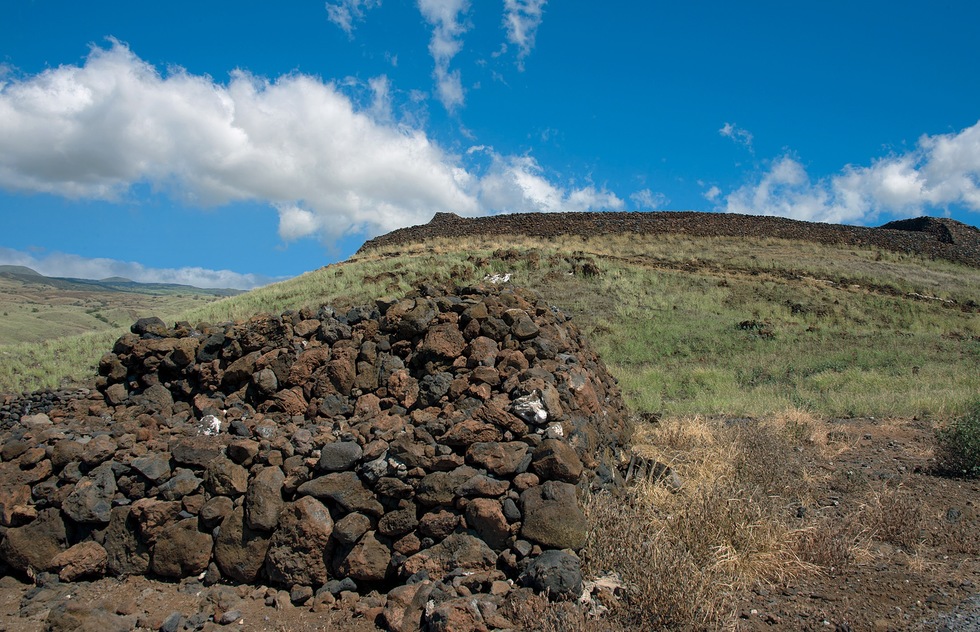 Notable stop: The Ala Kahakai State Trail falls under the Na'Ala Hele Trail and Access Program. A 15-mile section is managed by the state of Hawaii with the cooperation of resorts, homeowners’ groups, and the Ala Kahakai Trail Association. This segment begins at Pelekane Bay and runs from Spencer Beach Park at ‘Ohai‘ula south to ‘Anaeho‘omalu Bay. The 3-mile section from Spencer Beach Park to Ha'puna Beach State Recreation Area is extremely popular and marked with trail signs and interpretive information.

The trail mostly follows the ancient route along the coastline through both public and private lands, providing access to numerous beaches. It also provides access via the Malama Trail to the Puako' petroglyph field near Holoholokai, where 1,200 petroglyphs show aspects of ancient Hawaiian life, including paddlers, sailors, marchers, dancers, family groups, animals, and gods. While this section of trail provides access to some of Hawaii’s most pristine shoreline ecosystems—including the anchialine ponds that were so important to ancient Hawaiian fishing—the trail receives limited maintenance and the path can be rough. 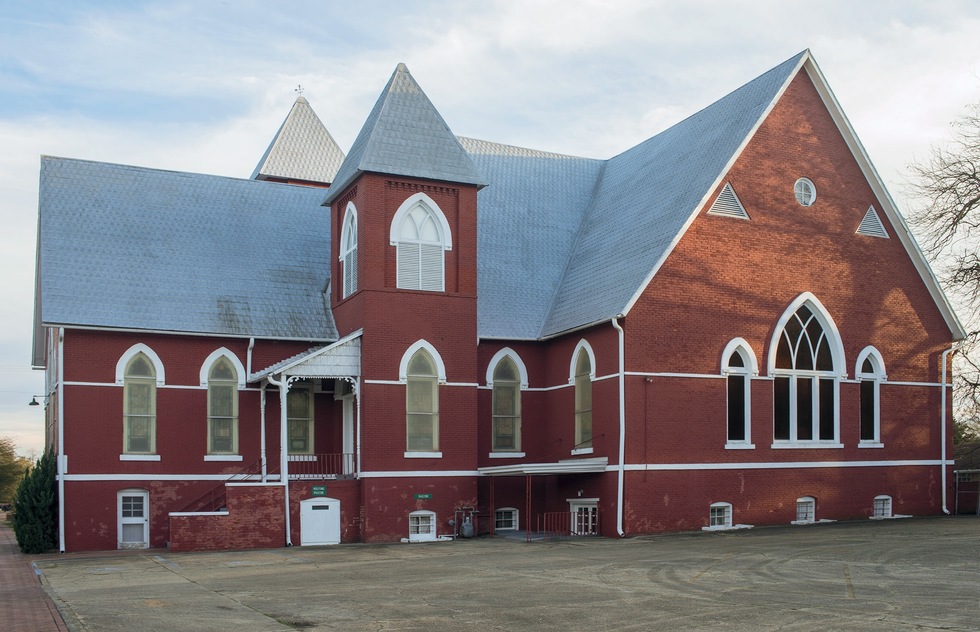 Notable stop: The Selma Interpretive Center at the foot of the Edmund Pettus Bridge has museum exhibits, a small bookstore, and a view of the bridge. Almost next door are the Slavery and Civil War Museum and the Old Depot Museum; across the bridge is Selma’s National Voting Rights Museum and Institute, along with a memorial to some of those who died during the civil rights movement. The Martin Luther King Jr. Street Walking Tour brings visitors past some 20 sites associated with events in the voting rights movement, including the Brown Chapel AME Church (the starting point for the protests, it was later designated a national historic landmark in 1982), the First Baptist Church (headquarters of the Student Nonviolent Coordinating Committee), and the Martin Luther King Jr. Monument. 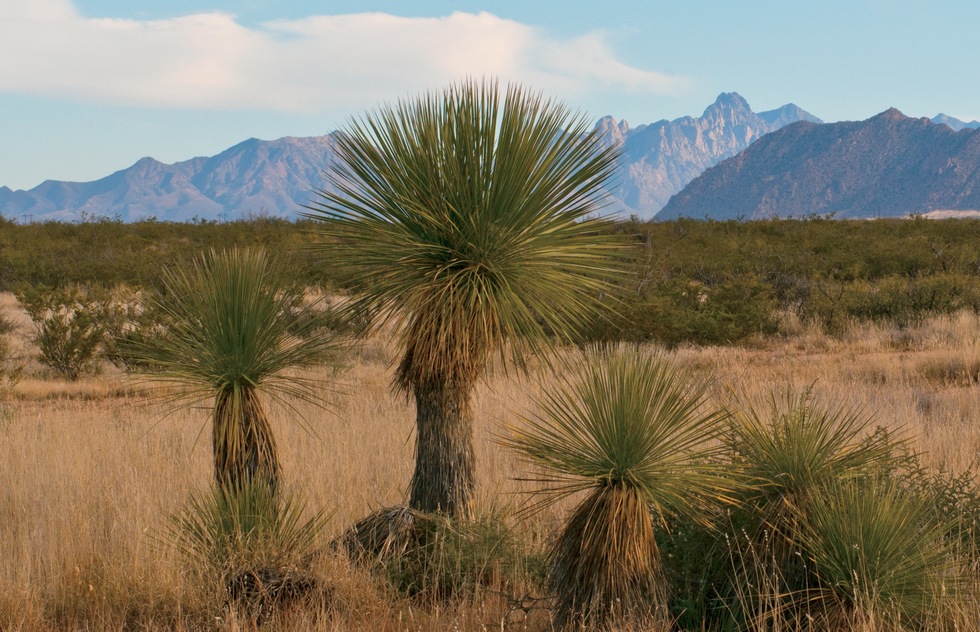 Notable stop: Ranching and farming were key elements in the Spanish colonial period. The missions were expected to be self-sufficient, raising enough vegetables, legumes, and grain to sustain themselves in the long periods between caravans on the royal road. The New Mexico Farm and Ranch Heritage Museum in Las Cruces, New Mexico, covers 4,000 years of agriculture and animal husbandry in New Mexico, with permanent exhibits that interpret New Mexico’s tri-cultural history from the earliest American Indian settlements to colonial period homesteads to the modern era, during which New Mexico moved from Spanish to Mexican to American control.

The museum and its outdoor exhibits cover 47 acres, including a sheep and goat barn that is a favorite for families. In addition to the permanent exhibits that show how farms, ranches, and homes were built and managed, and how transportation connected communities, an array of programs, classes, lectures, and demonstrations give visitors an up-close look at different aspects of New Mexican history, crafts, and arts. 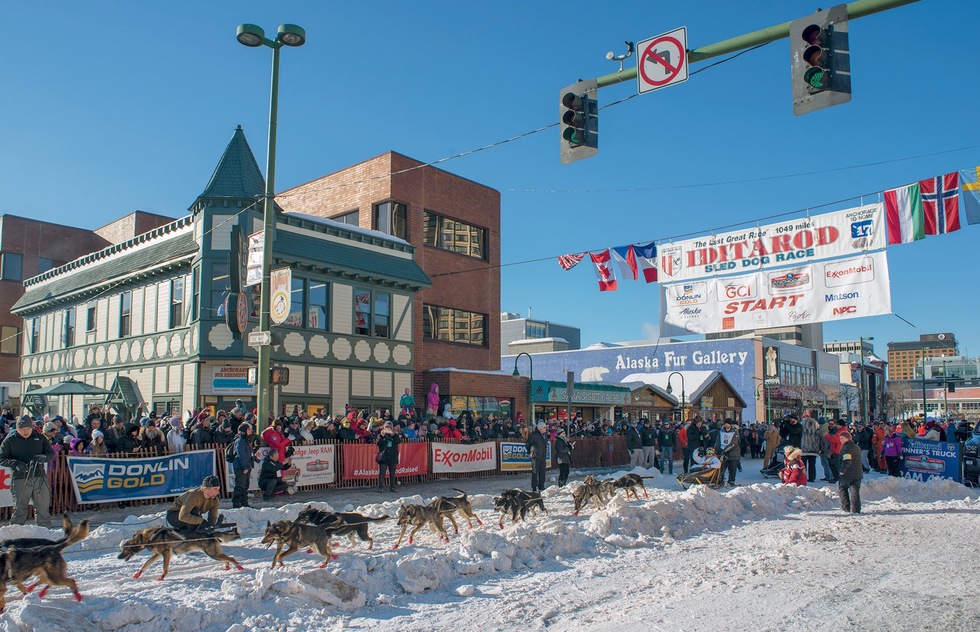 Notable stop: Located at the race headquarters, the Iditarod Trail Sled Dog Race Museum has a variety of exhibits detailing the stories—both past and present—of this iconic Alaskan event, which was founded to honor the history and culture of dogsledding in Alaska. Displays include artifacts from the 1925 serum run, the history of the “Last Great Race,” and the national historic trail, including a replica of an Iditarod Trail public shelter cabin. Visitors have opportunities to talk to Iditarod mushers and meet sled dog puppies; in addition, summer visitors can go on a training-dog-cart ride. 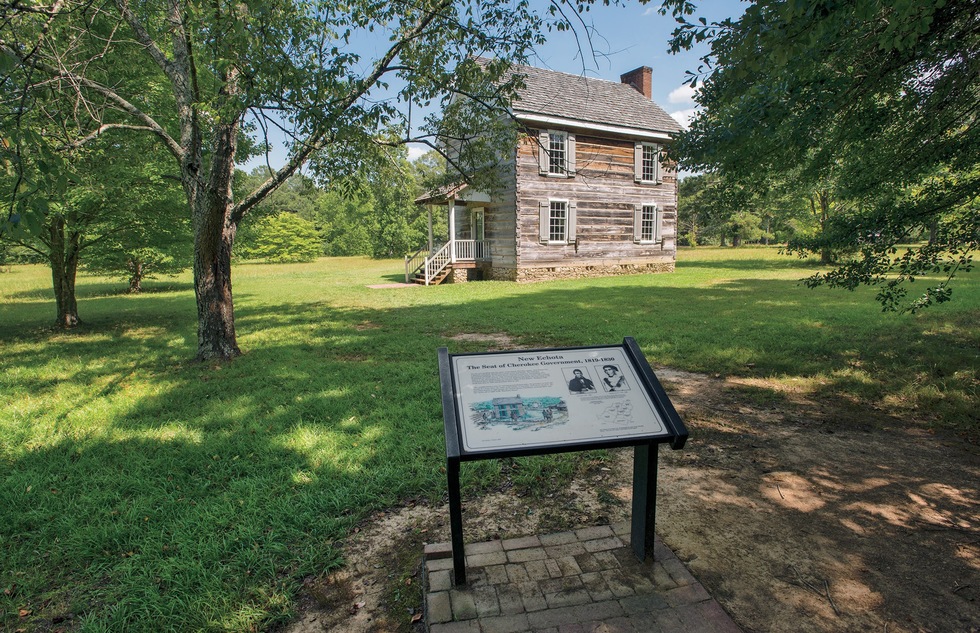 Notable stop: A 130-mile drive northeast of New Echota, the Museum of the Cherokee Indian in North Carolina displays 13,000 years of Cherokee history. Exhibits take visitors from the age of the mastodons to the present day. The story is told through computer-generated animation and special effects with lighting, audio, and holograms, along with life-sized figures, artwork, and priceless artifacts. The Trail of Tears is one of the museum’s major interpretive themes. 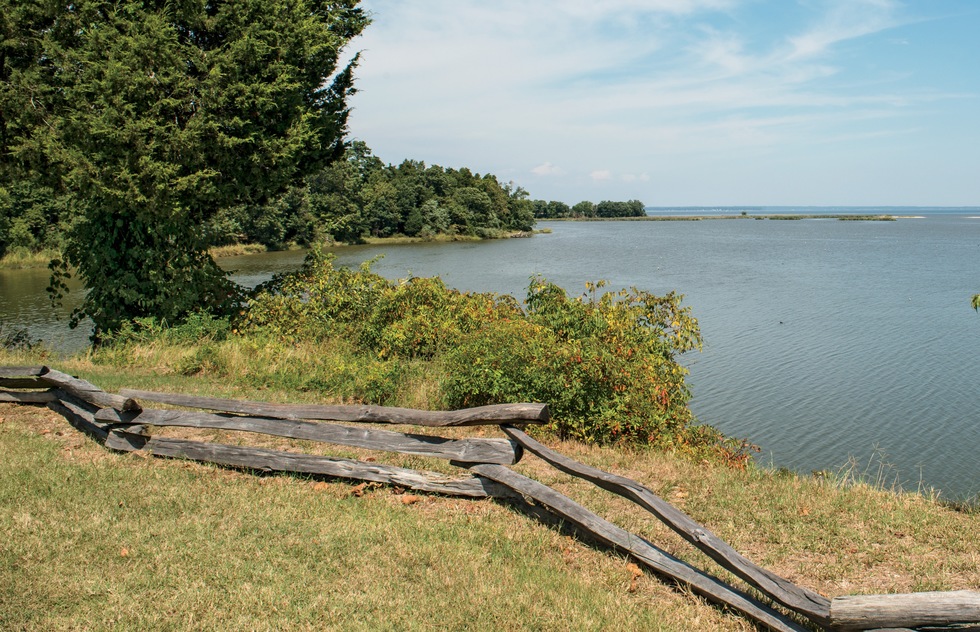 Notable stop: The War of 1812 was a confusing mess of old rivalries and new politics, extending from lingering ill will left over from the Revolutionary War to Napoleonic conflicts in Europe. Complicating the conflict were fears of America chasing the British out of southern Canada (and perhaps taking over) to arguments over Atlantic blockades and impressed seamen. A film at Fort McHenry tries to untangle the web of causes and rivalries that prompted the young America to go to war again and the British to burn the Capitol. Exhibits include officers’ quarters, bunk rooms, storage areas, and the ramparts and cannons overlooking the bay. The fort also hosts living history interpretations and firing demonstrations complete with a waving flag (if the winds cooperate). 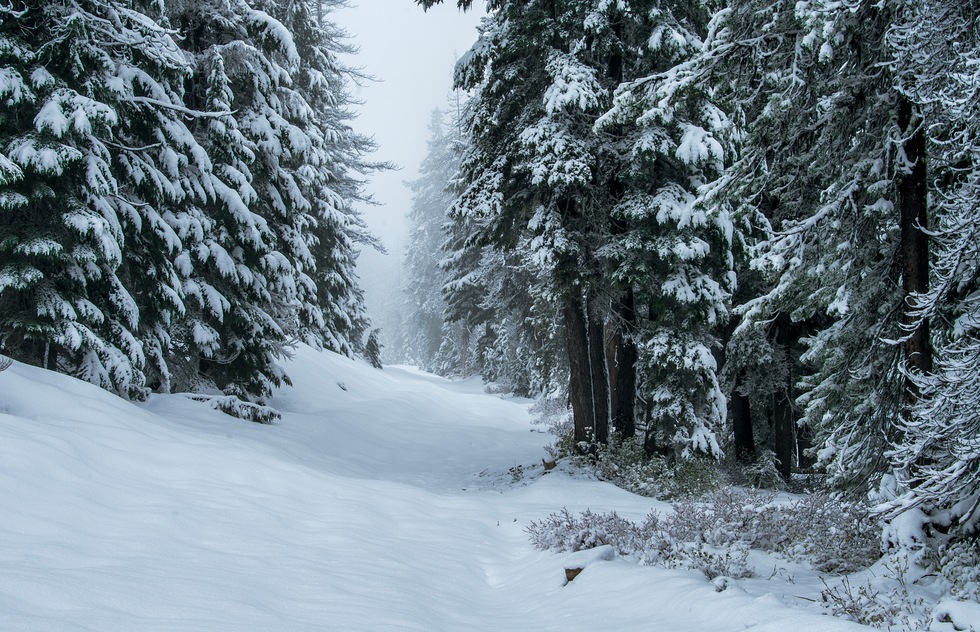 Pictured: Lewis and Clark Bicycle Trail under a layer of snow

Notable feature: The Lewis and Clark Bicycle Trail begins in Hartford, Illinois, close to where the expedition began its journey up the Missouri River. The trail currently has 4,589 mapped miles, including spurs, detours, and Lewis’s looping return path, which split off from Clark’s route in order to explore more of Montana and the Marias River. However, a cyclist going from end to end would cover closer to 3,200 miles, depending on the choice of routes. The bicycle route parallels the expedition’s river journeys on the Missouri and Columbia Rivers as closely as possible, using a combination of paved roads, bike paths, rail trails, and gravel roads. The terrain includes plains, river corridors, and, of course, steep mountains. 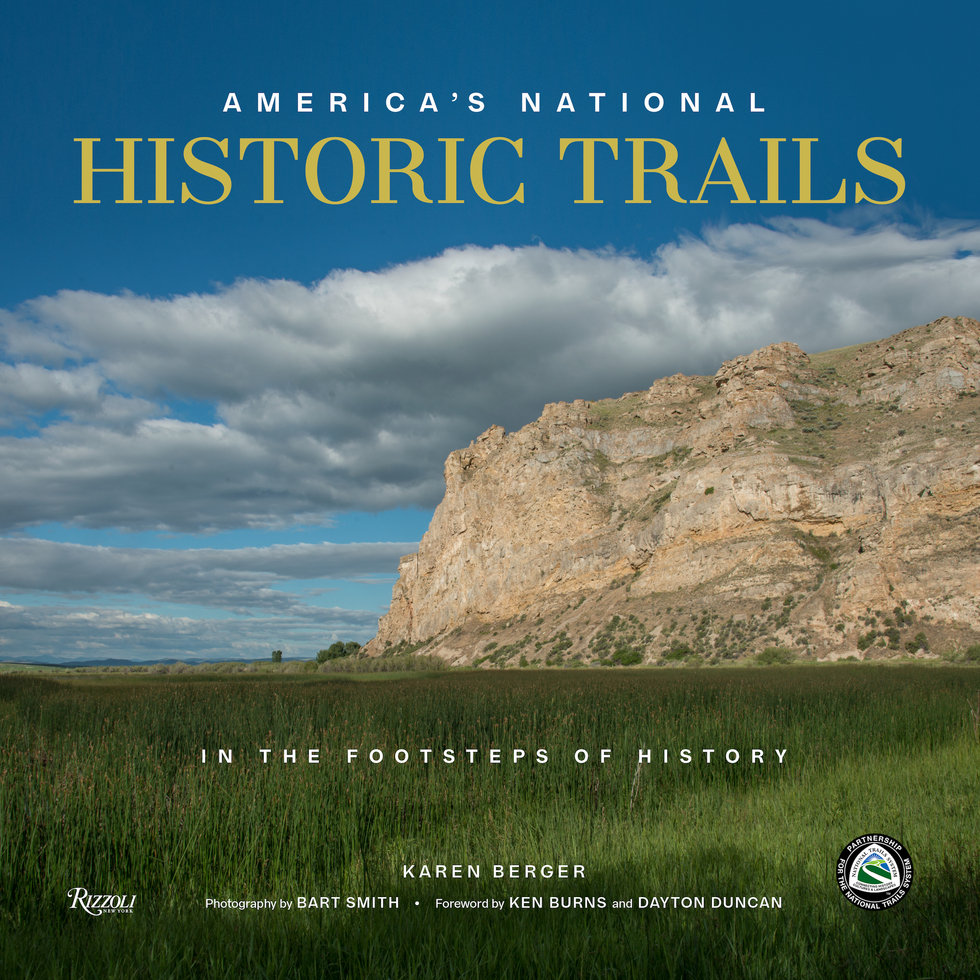 Click here for the landing page of the National Park Service's collection of National Historic Trails.