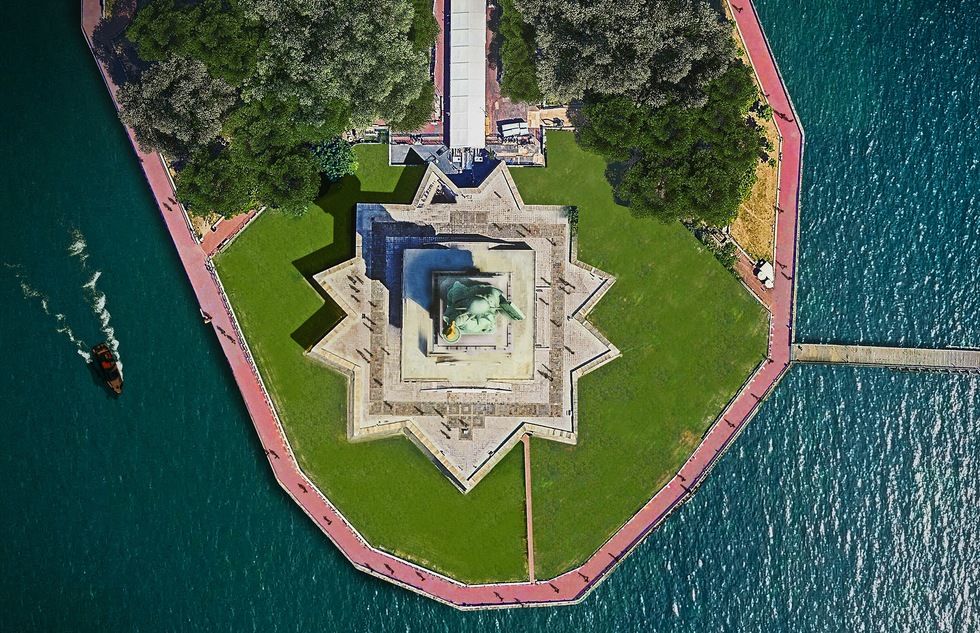 Can You Recognize These World-Famous Landmarks from Above?

It’s hard to disguise a colossal green lady in New York Harbor. Or a 1,000-foot-tall pointy whatsit in the middle of Paris.

Yet a newly released series of images adds a little mystery to some of the world’s most famous landmarks, including the Statue of Liberty and the Eiffel Tower.

The trick is to change the viewer’s perspective. The images, created by the editorial team at Budget Direct Travel Insurance, are based on satellite captures taken directly above the landmarks using Google Earth Pro.

Then digital effects were added—shifting light patterns, traffic from cars, pedestrians, and boats—to make the static images come to life. The resulting photos, with their looping motion picture elements, are called “cinemagraphs.” Which sounds like a fancy word for GIFs.

Whatever the name, each picture succeeds in making us do a double take, restoring a little jolt of awe for icons we sometimes take for granted due to overexposure (James Corden has a similar problem).

What’s more, the images give us a chance to appreciate, without having to rent a helicopter, that some great sights are great from any angle.

Check out, for instance, the 11-pronged star that the Statue of Liberty stands on in the photo at the top of this post. That's a rare use of the hendecagram in architecture that the earthbound are liable to miss.

For more of Budget Direct Travel Insurance's images of famous landmarks seen from above, look below.

Budget Direct Travel Insurance
Sydney Opera House
From overhead, the most recognizable building in Australia looks less like billowing sails in Sydney Harbour than a trio of chrysalises awaiting butterflyhood.

Get a bird's-eye view, and suddenly you see it's not a tower—it's an X. The remarkable symmetry of the structure's four wrought-iron lattice legs is a testament to the engineering know-how of Gustave Eiffel, builder of the undisputed star of the Paris skyline.

We'd argue this one is the least recognizable in the series, seeing as how, from above, this City of London skyscraper doesn't resemble a 41-story pickle (hence its nickname, the Gherkin). Instead, the bar and restaurant that occupy the top floors of the glass-capped building resemble a sparkly orb set down like an eye-catching paperweight in the urban streetscape.

For comparison, here's the view from ground level: 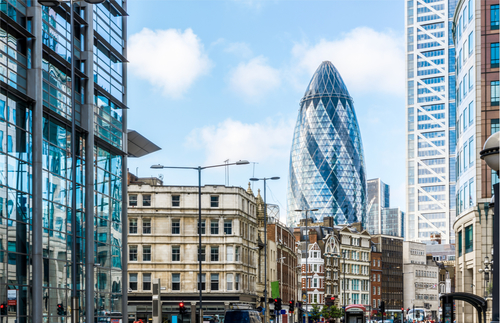 The Colosseum, on the other hand, remains easy to identify, probably since Rome's oval amphitheater was designed in the first place to give top-down views of the gladiatorial contests, animal hunts, mock sea battles, and other spectacles staged here for as many as 80,000 attendees.

Often described as the most sacred Buddhist pagoda in Myanmar, this gilded complex has an intricate layout meant to reflect the order of the universe. That pattern might be easier to discern from above. At ground level, you'll likely get distracted by all the bling. 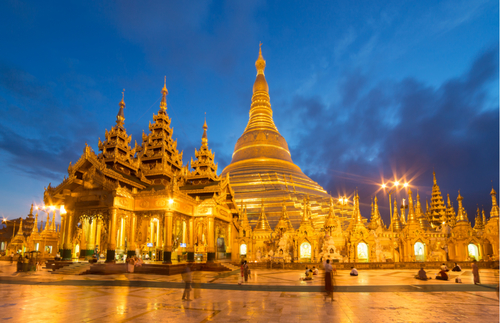