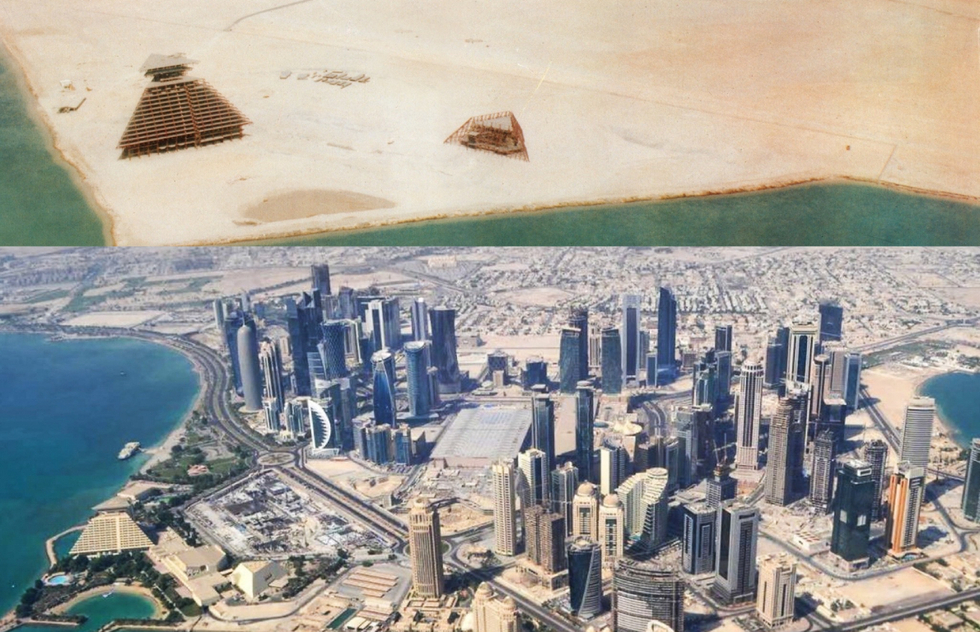 From Souks to Skyscrapers: Astonishing Then-and-Now Photos of a Middle Eastern Metropolis

The Middle Eastern nation of Qatar gained its independence from the British in September 1971. In the 50 years since, this tiny nub of land on the northeastern coast of the Arabian Peninsula has undergone a jaw-dropping makeover, funded in large part by the same vast reserves of oil and natural gas that have made this one of the wealthiest countries on earth.

In the capital city of Doha, formerly dusty desert expanses such as the West Bay area (pictured above in the late 1970s and the present) have become all but unrecognizabale, what with the futuristic skyscrapers, luxury hotels, and first-rate cultural institutions now clustered along the Persian Gulf.

Qatar hasn't spent all of its riches from resources on new buildings, however. Souks, forts, and palaces from the peninsula's many centuries of history have been preserved and considerably spiffed-up in recent decades as well.

Below, a set of past-and-present photos from the archives of the Qatar tourism office show at a glance just how dramatic Doha's transformation has been. 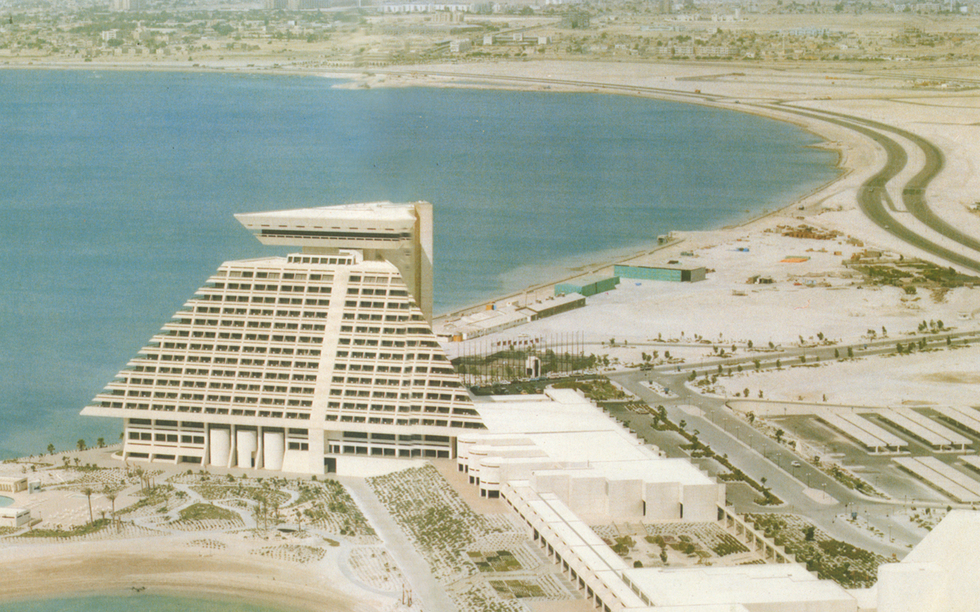 When it opened in 1982, the Sheraton Grand Doha Resort & Convention Hotel was the first major luxury resort in Qatar, and the pyramidal structure had the West Bay skyline pretty much all to itself—but not for long. 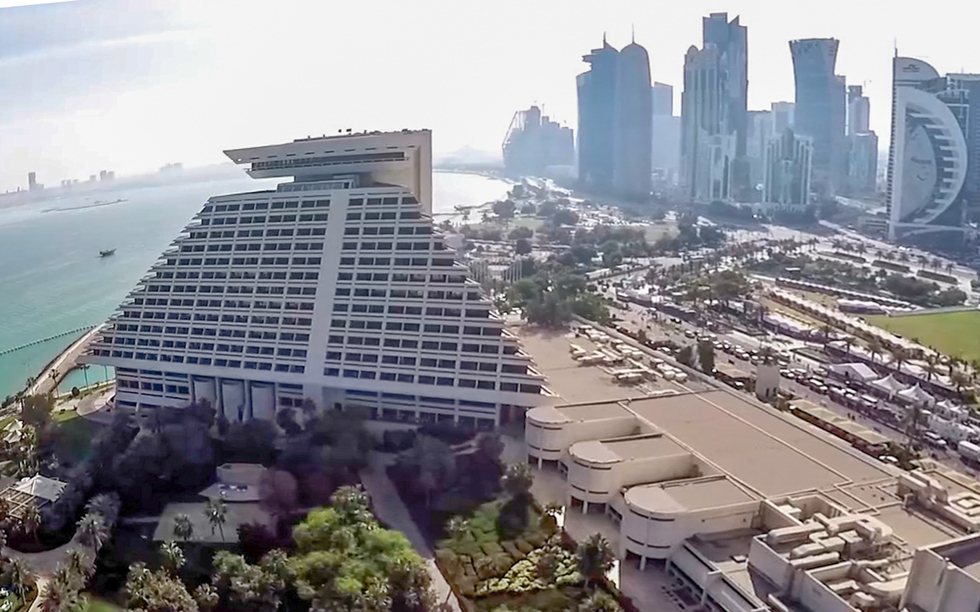 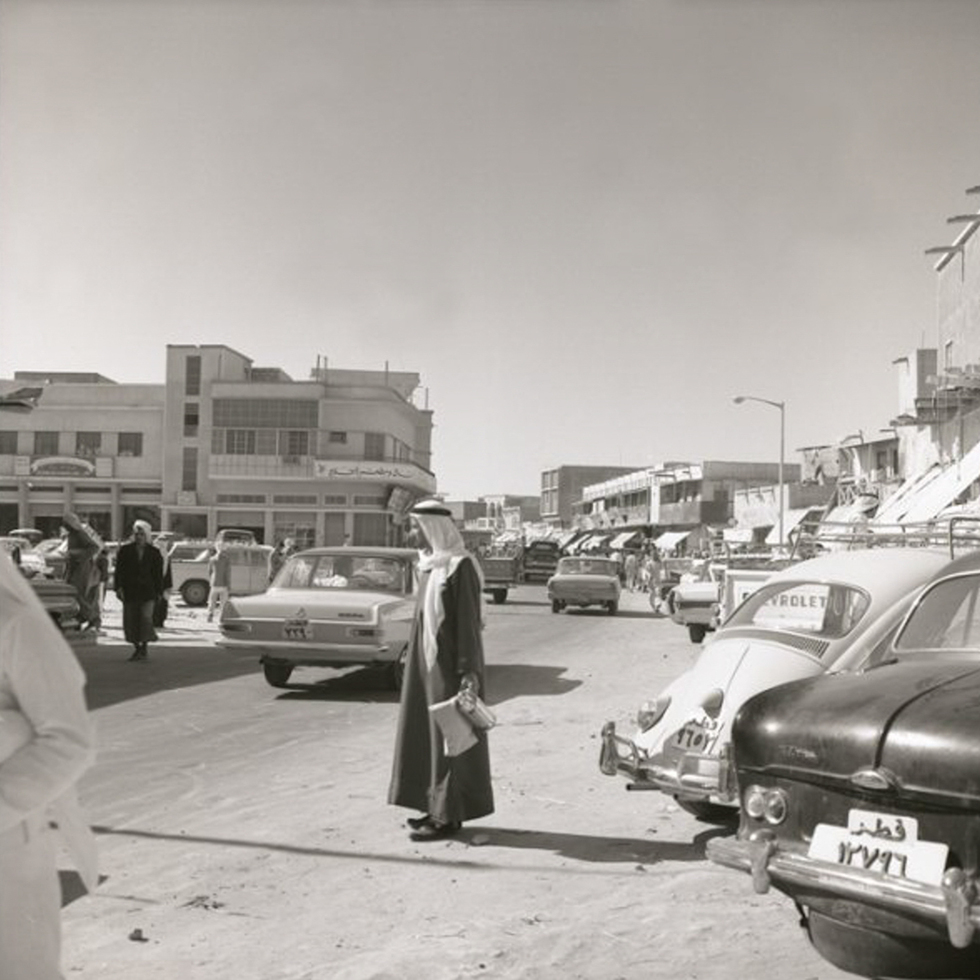 The Mushaireb area in central Doha was long the city's commercial district. The bustling thoroughfare of Al Kahraba Street (pictured above in the mid-20th century) was the first place in Qatar with electricity, which is what "kahraba" means in Arabic. 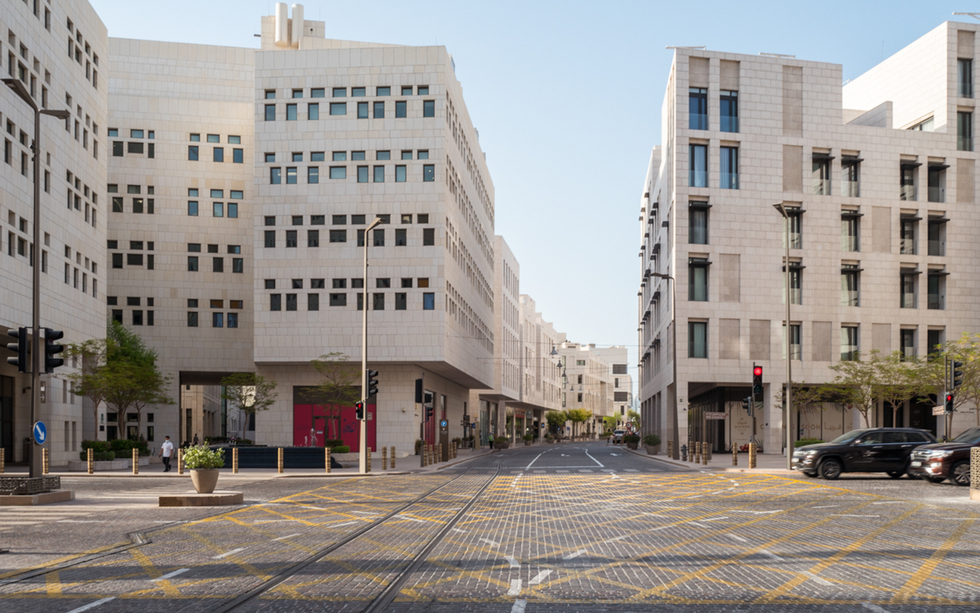 Al Kahraba Street is currently undergoing redevelopment as part of the Msheireb Downtown Doha project that's bringing pedestrian-friendly courtyards, al fresco dining, shops, hotels, and luxury apartments to the neighborhood while celebrating the city's heritage with a handful of history museums set in stately white mansions. (Is it just us, or did this street look more fun in the old days?) 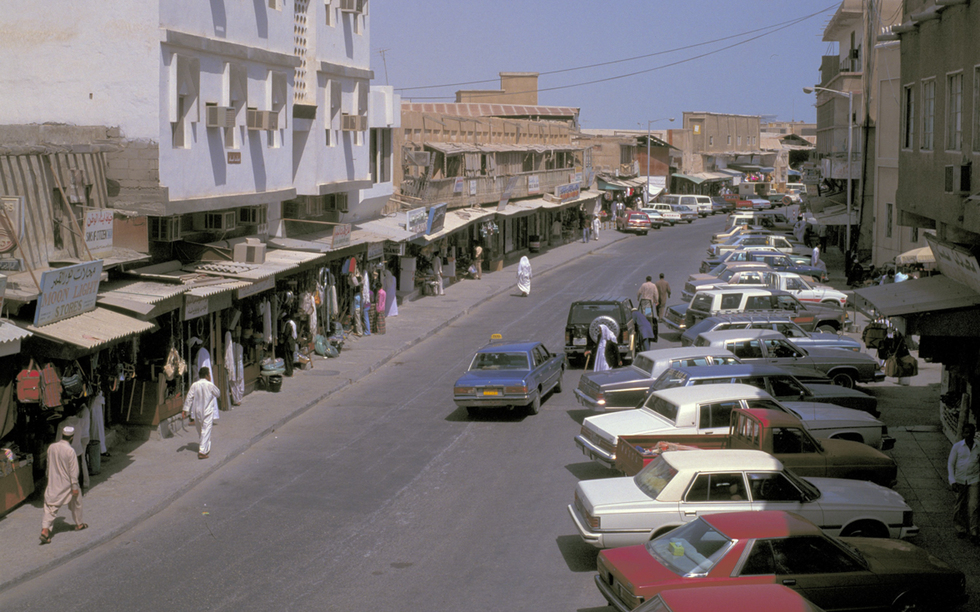 At the Souq Waqif marketplace (less than a 15-minute walk east of Msheireb Downtown Doha), merchants have been selling spices, traditional clothing, and handcrafted souvenirs for more than a century. Pictured here in the 1970s, the market suffered extensive damage from a fire in 2003. 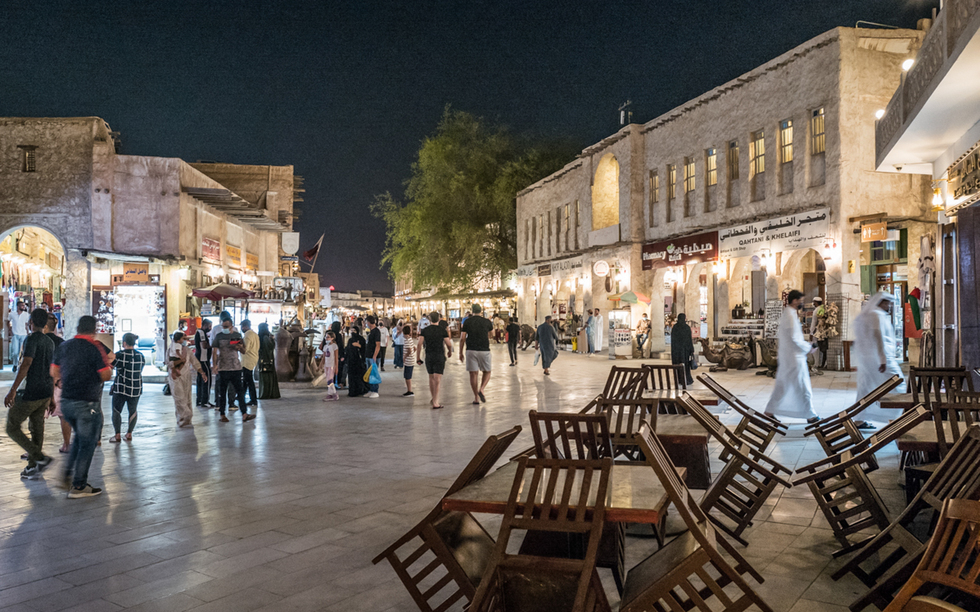 Restored in 2008 (and prettified exponentially by relocating cars to an underground parking garage), the market has become one of Doha's top tourism draws. You can shop for pearls, hold a falcon, sample traditional street food, and get a henna tattoo all on one visit. 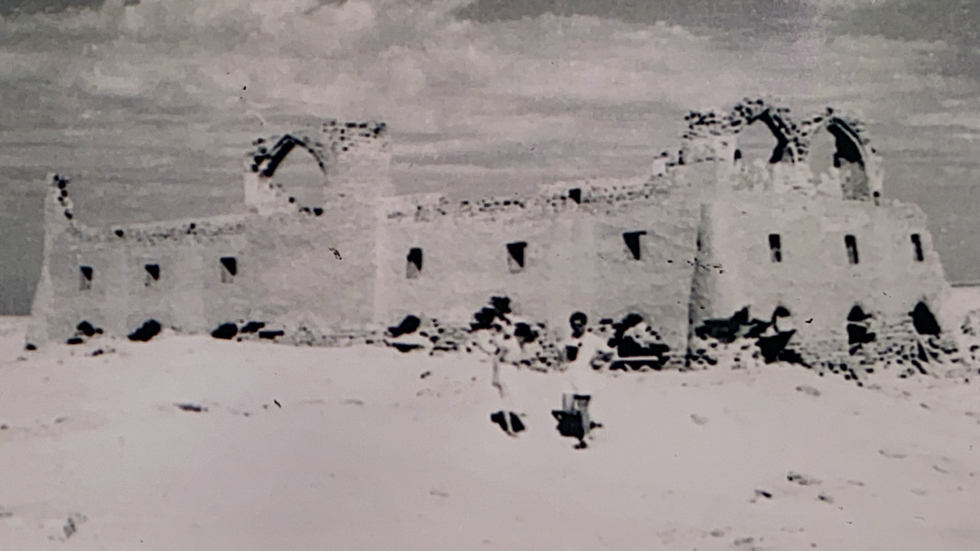 It looks ancient, but Al Zubarah Fort, located along the Qatari coast northwest of Doha, was actually built in 1938, when the emir felt obliged to safeguard the region's thriving pearl-trading concern. By the 1950s, when the above photo was taken, the surrounding walled town had been abandoned and was slowly getting swallowed by sand. 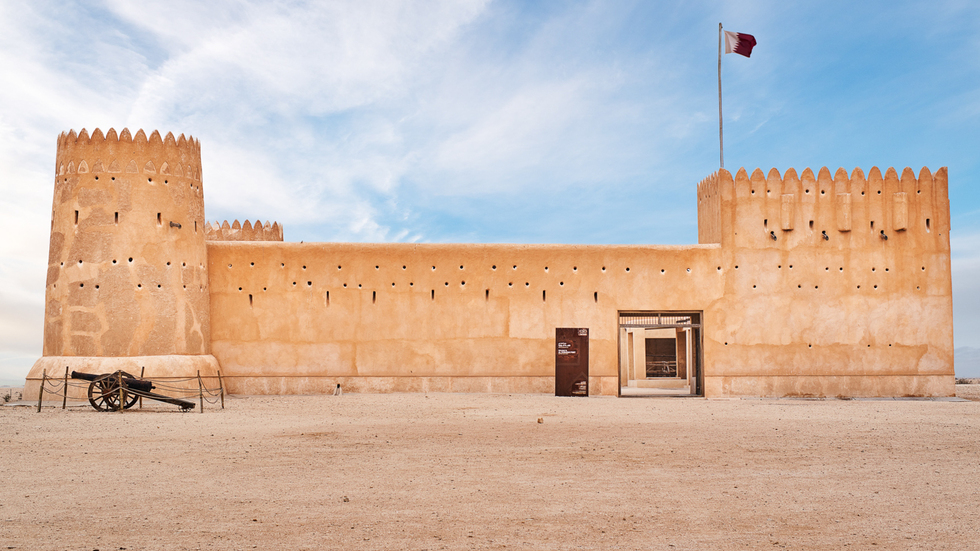 Now part of a UNESCO World Heritage Site, the fort has been restored to its former glory and turned into a museum. Step beyond the meter-thick walls to learn all about the pearl-diving and trading that flourished here in the 18th and 19th centuries. 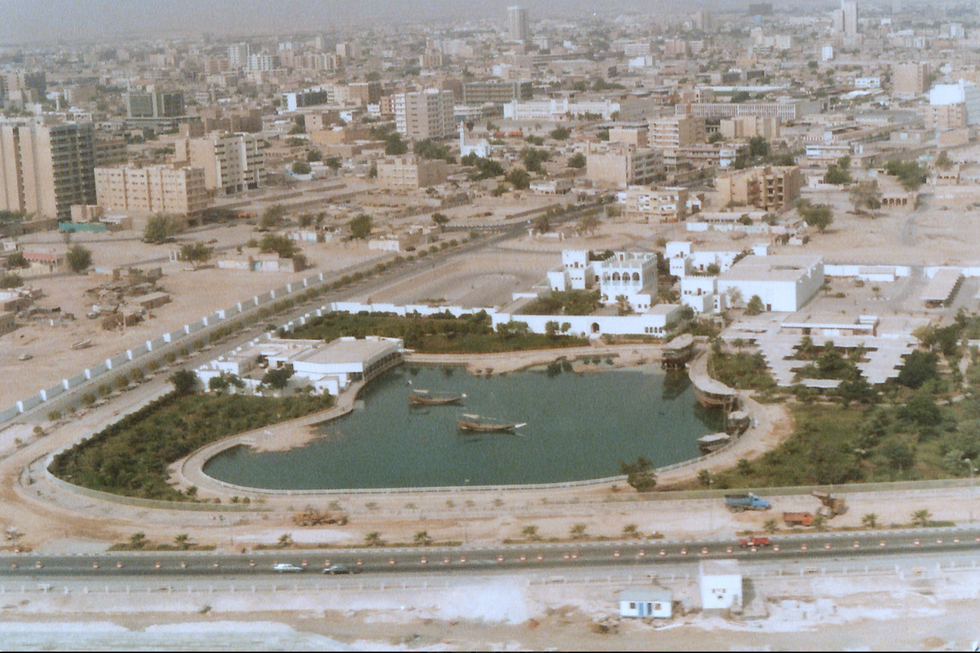 The royal residence of Sheikh Abdullah bin Jassim Al Thani served as Qatar's seat of government for about 25 years starting in the early 20th century. In 1975, the then-rundown palace was gussied-up and repurposed as the Qatar National Museum. Improvements to the site included the addition of a lagoon, visible in the circa-1980s photo above. 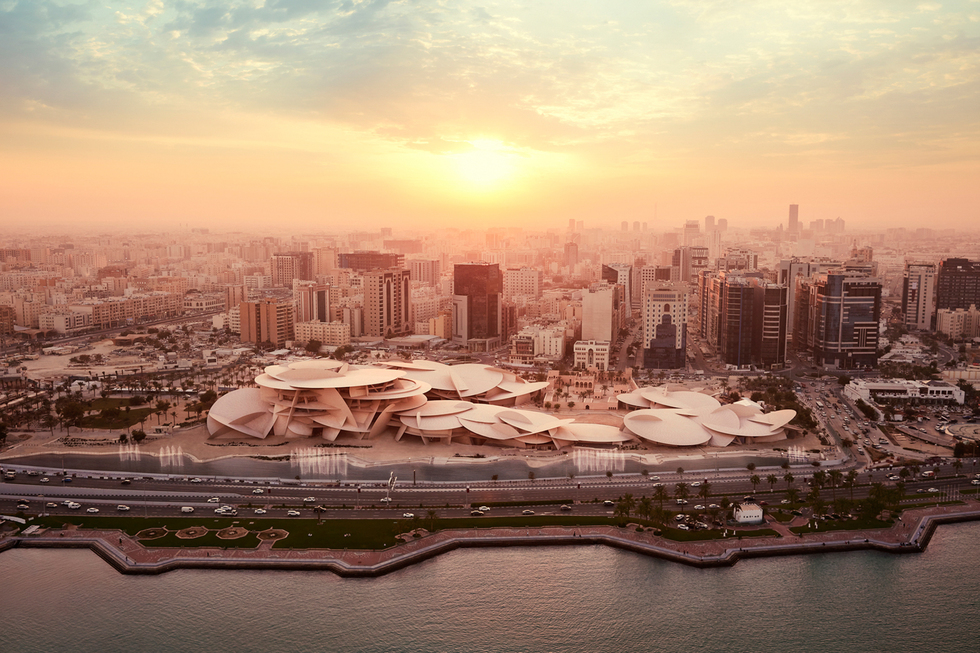 In 2019, acclaimed French architect Jean Nouvel enclosed the palace in his space-age design for the newly renamed National Museum of Qatar. Nouvel's structure is meant to recall the intricate crystal formations known as desert roses that bloom in Qatar's sandscapes like the desert's answer to wildflowers. 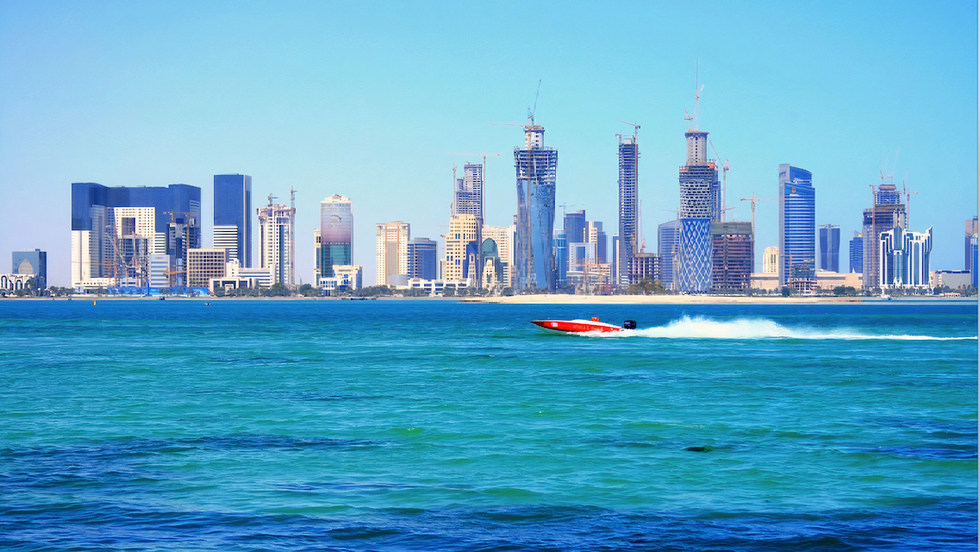 As recently as 2008, Doha's West Bay skyline, though beginning to fill in, was fairly sparse compared to today, but the flocks of roosting construction cranes were harbingers of what was to come. 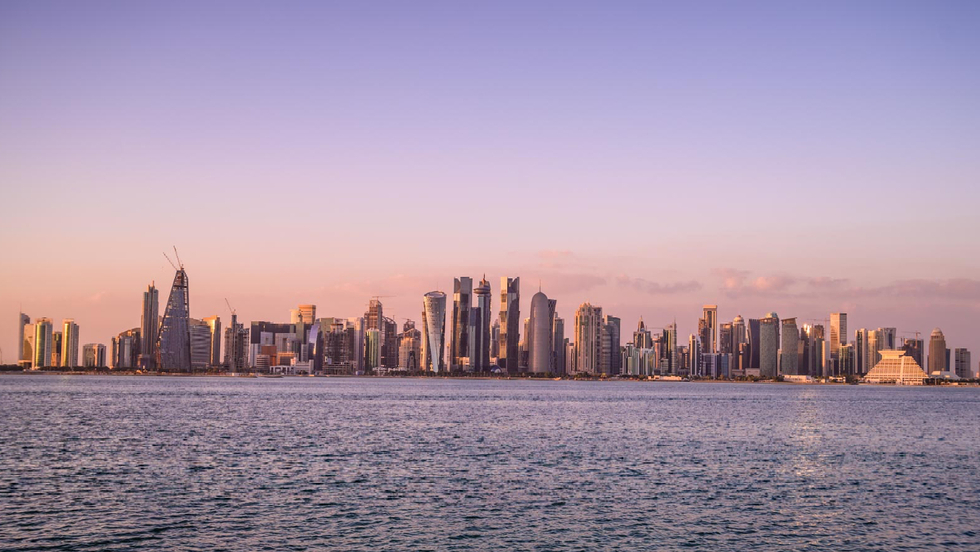 And here's the West Bay today, with the once-towering Sheraton Grand Doha (at far right) now looking like a squat triangle. Don't expect this to be the skyline's final draft, either. New office towers, shopping centers, hotels, and beaches are already in development.