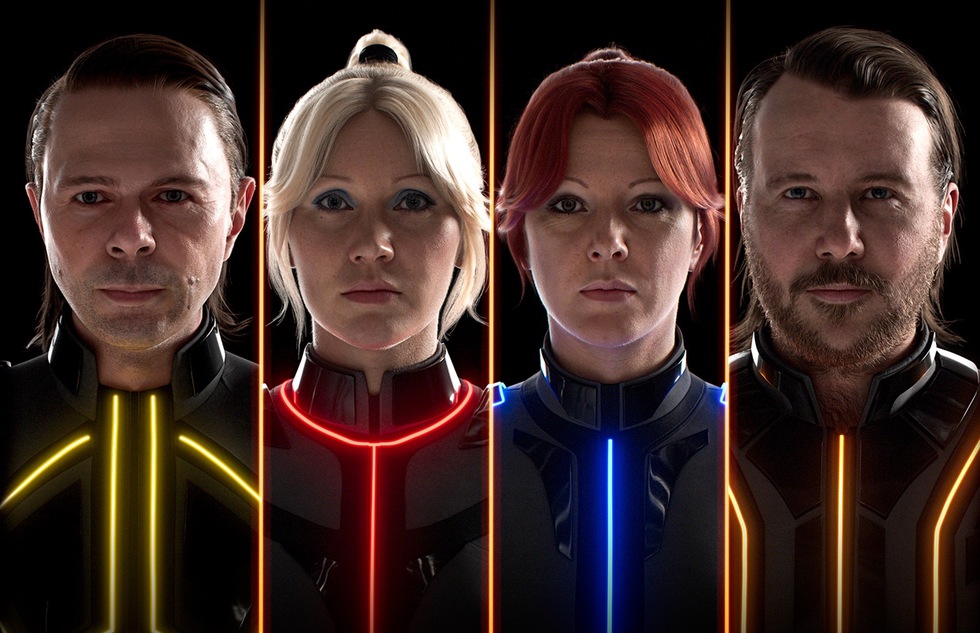 When I first heard about the concept of ABBA Voyage, I was deeply dubious. I think a lot of us were.

The show, which opened in the spring of 2022, is a dynamic, buoyant, play-all-the-hits pop concert starring the original members of the Swedish pop quartet ABBA—except they're not really there. Instead of playing live gigs, the foursome, now in their 70s, used motion capture technology to create "ABBAtars" (pictured above) of their 1970s selves that would be projected onto a stage.

The group would record the songs and the dance moves in the privacy of a studio, and those performances would be fed into computers. The resulting representations of the group's youthful selves would deliver the final product on screens in a custom-built concert hall in East London. 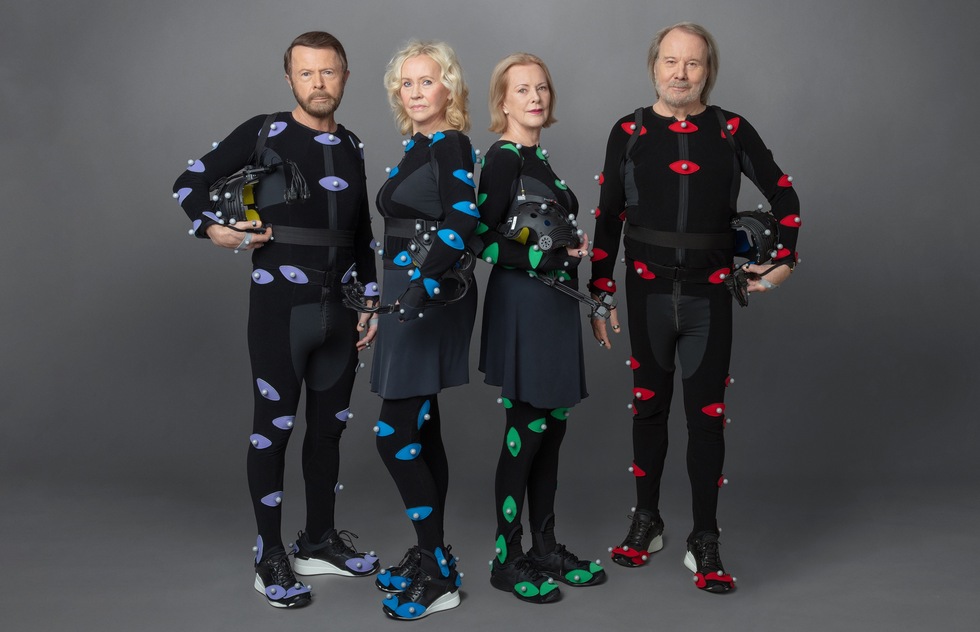 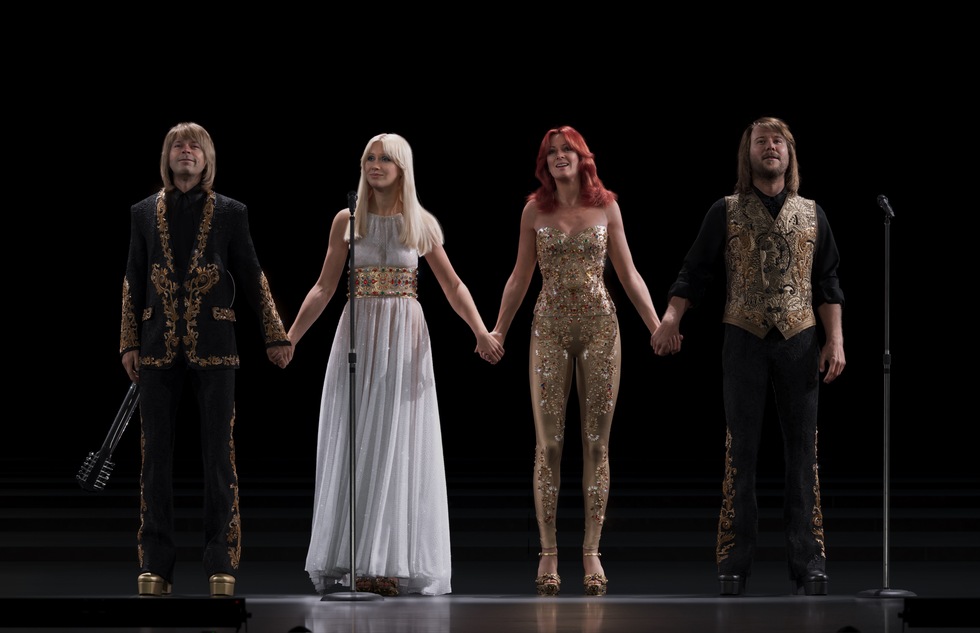 . . . can be turned into performers who look like this. And wearing modern Dolce & Gabbana, no less.

The whole concept sounded like the kind of unmoored fever dream that only fabulously wealthy but socially detached icons could come up with—like Howard Hughes making a robot version of himself to shake hands at parties, or Elvis sending a hologram to Las Vegas so he could stay home at Graceland eating fried pickles.

Potential audiences were not convinced, and advance ticket sales for ABBA Voyage were sluggish.

But once the show opened, that reticence dissolved. Critics loved it. The show actually works. The lights, the moving screens and ever-changing visual mood, the live band—it all added up to a party atmosphere. The Guardian proclaimed it "a dazzling retro-futurist extravaganza."

ABBA Voyage began selling out. Rather than becoming an industry joke about delusions of fame and technology, the show became one of London's hotter tickets.

Even I loved it. In the space of a few chords, I went from crossing my arms in cynical dread to wishing I could bring a group of friends to see it again. Such is the power of ABBA—but a lot of the credit also goes to wizardly stagecraft. 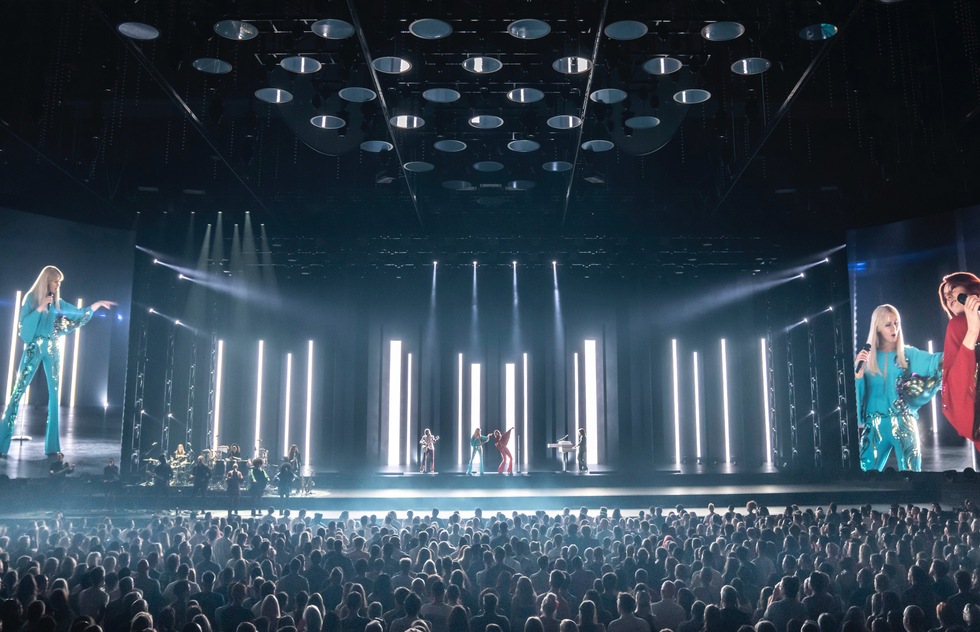 The show is lots of fun, largely because the use of technology is so competent. And it ought to be, for a reported £140 million (US $170 million) production budget.

The four core ABBA members—Benny Andersson, Anni-Frid Lyngstad, Agnetha Fältskog, and Björn Ulvaeus—are sized exactly the way they would be if they were really there, even if they aren't able to break the fourth wall and mingle with the audience. As at many typical concerts, there are also side screens for close-ups of the performances, and those visuals are lively and groovy.

Additionally, there are moving mirrors, hundreds of beams of light, animated interludes, strings of luridly colored lights that descend from the rafters, "costume changes"—there's plenty to divert the eye.

Instead of looking two-dimensional and fake, the "ABBAtar" projections create an illusion so convincing that more than once during the show audience members wonder if the extra performers who appear onstage are doing so in person or by projection. One friend who saw the production from the very front row reported that even from that close distance, the projections still looked real.

Human instinct usually detects when it's being presented with a simulated person, and most of the time, the audience still perceives the ABBAtars as slightly too smooth to be authentic. But those 1970s characters are folded so well into a wider spectacle—and are amazing enough unto themselves—that the ruse barely matters. 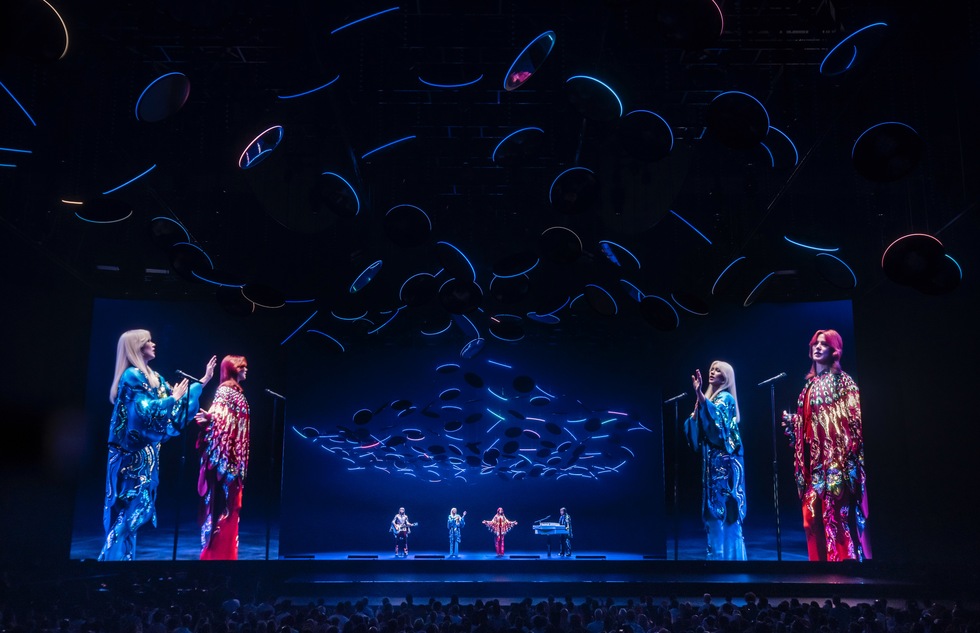 That said, there are some pitfalls to seeing ABBA Voyage.

This bespoke arena (so new in the spring of 2022 you could smell the plywood) is designed to be packed up and moved to another city when ticket sales dry up. It was plopped down in a dull area just south of Queen Elizabeth Olympic Park, near Stratford in East London, an area that 15 years ago was mostly abandoned and post-industrial.

There's not much food in the immediate vicinity, so if you have tickets and you're hoping to find a pub nearby before or after the show, give up that hope. If you need to eat before the show, the arena's lobby opens about an hour early, and it sells food like hot dogs and slender burritos (about £9, or $11, each), as well as drinks like prosecco and draught beer.

Souvenirs are pricey. A program starts at £15 (over $18). Take that into your budget considerations. 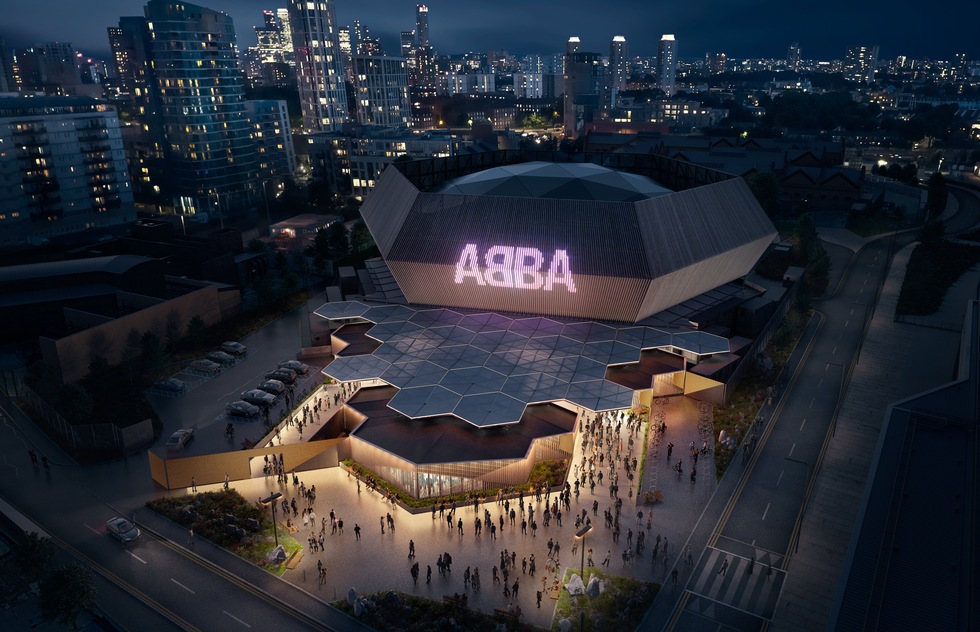 Getting to the ABBA Arena (the image above is an architect's rendering, but it's accurate) is easy enough. It's steps away from the Pudding Mill Lane stop on the Docklands Light Railway (DLR), a tramlike train that's part of the Tube network. You can connect to the DLR from the Underground on the same fare. Though arriving at the venue is simple, when the show lets out the DLR can't cope with the sudden surge of people, and long lines for somewhat infrequent trains appear.

To solve that, arrive at Pudding Mill Lane, but when you leave, walk 20 minutes to either the Stratford station (on the Central and Jubilee lines of the Tube), Bow Road (on the District Line and Hammersmith & City Line), or Hackney Wick (on the Overground).

The arena is just south of the 2012 Olympic Park, so you can use your ABBA visit to walk around the old grounds on your way to the Stratford station. 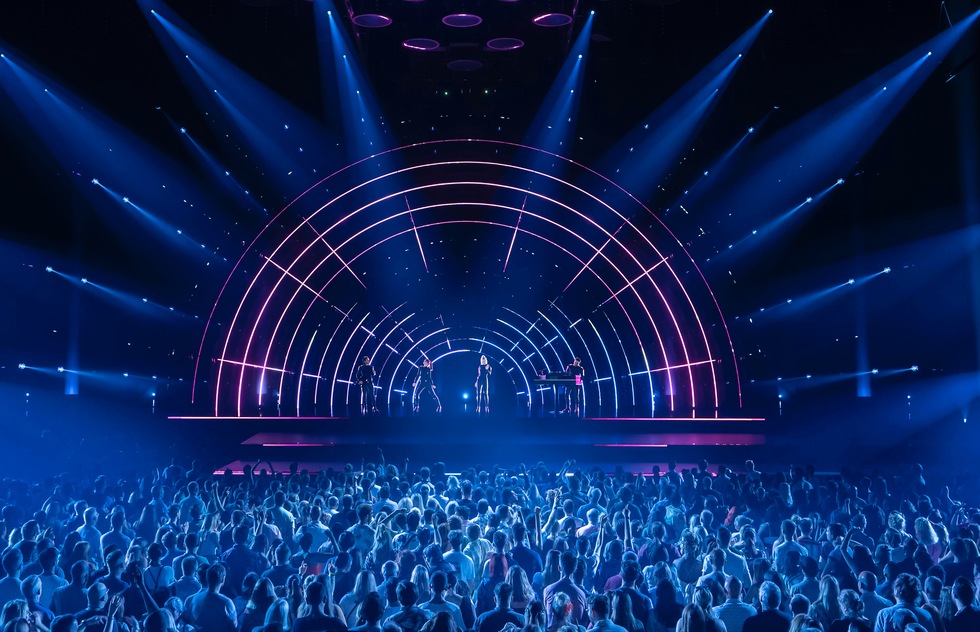 There are three types of tickets available. Dance Floor spots are like the Groundlings at Shakespeare's Globe: You stand for the show, but you're closest to the performances and you can boogie along with everyone else. The lowest these go for advance sales is usually about £70 ($86).

Dance Booths are like VIP boxes at a sports arena: You get a few seats, extra space (for dancing), and, because there are only a few of these boxes, they're the most expensive, starting around £160 ($196) per person, but usually higher.

Auditorium Seating is in regular concert seats on a steep, stadium-style section that encircles the stage. I prefer these, not just because they're easier on the feet than standing for the whole show, but also because some of the special effects descend from the ceiling and hang over the Dance Floor, and the Auditorium Seats are the best place to catch the entirety of the stage pictures. Tickets on the extreme sides of the Auditorium can be as low as £32 ($39) if you plan many months ahead.

Seats on the sides of the Auditorium are generally close in price to the Dance Floor. Seats in the center section, H, deliver the widest and most symmetrical view. They're the best seats and therefore expensive—expect £102 to £175 ($125 to $214) each, depending on demand.

Showtimes are generally Thurs–Mon (no shows Tues–Weds). On single-show days, the production starts at 7:45pm. On Saturdays, showtimes are 3pm and 7:45pm; on Sundays, they shift earlier, to 1pm and 5pm.

The official ABBA Voyage website posts changing tips about when to find the cheapest tickets. The site alerts you to the next best upcoming month for savings, but the best way to save is to book many, many months ahead.