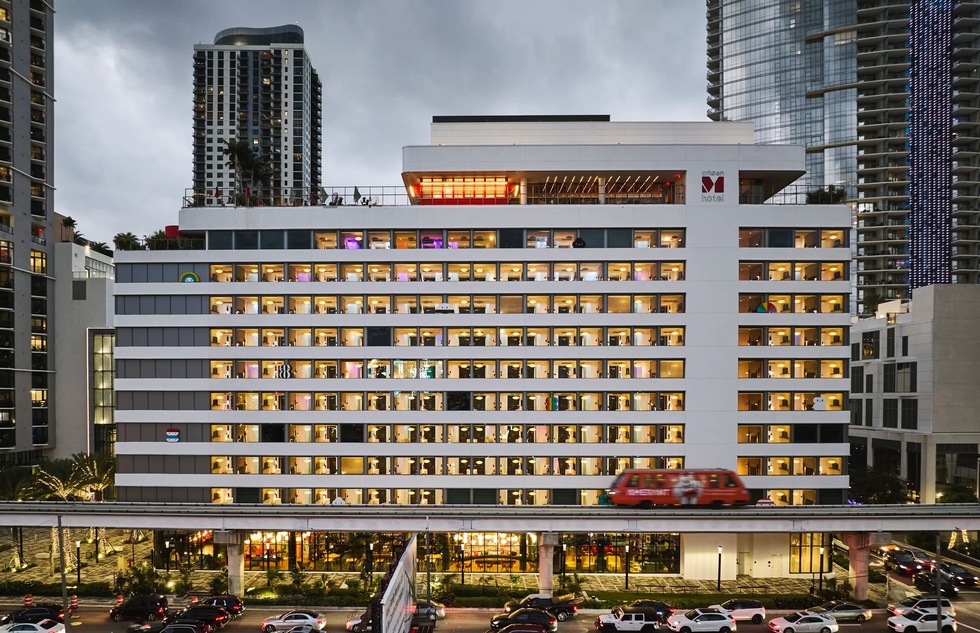 4 New Hotels That Have Opened By Miami's Downtown Cruise Port

Miami's beautiful beaches tend to hog the attention when it comes to Miami #vacationgoals. That love is well-deserved, but a handful of new hotels in downtown Miami, a few miles across Biscayne Bay, are giving visitors to the Magic City, a few more reasons to stay off the beach.

For cruisers, staying downtown can be preferable because of its proximity to PortMiami, one of the busiest cruise ports in the world. Before the pandemic, the port saw more than 5 million passengers pass through its assortment of ship terminals. Now that cruising is back, passengers are pouring through Miami's port before and after their sailings.

Aside from being close to the cruise docks, downtown is also home to Miami’s cultural institutions such as the Patricia and Phillip Frost Museum of Science, Pérez Art Museum, Adrienne Arsht Center for Performing Arts, and the Miami-Dade Arena, as well as the happening nightlife scene of nearby Brickell. It’s also only a 15-to-20-minute ride to the beach.

So whether you stop over in Miami before you set sail or you stay for a weekend, there’s plenty to see and do in downtown. And some new places to stay as well.

A stylish Dutch hotel brand touting tiny but intelligently planned rooms, citizenM Miami World Center (pictured above) has opened just a few short blocks from PortMiami. (A second CitzenM location opened farther south in Miami's downtown district last year.) What the 351 rooms lack in space (most are less than 200 square feet) they make up for in comfort and technology with large beds, flat-screen TVs, and super-fast WiFi, all of which can be controlled from your phone with the citizenM app. CanteenM is the hotel’s lobby lounge and bar that feels more like hanging out in a cool European apartment than a hotel lobby. A rooftop pool will open later this spring.

Rates at citizenM Miami World Center start around $200 a night. 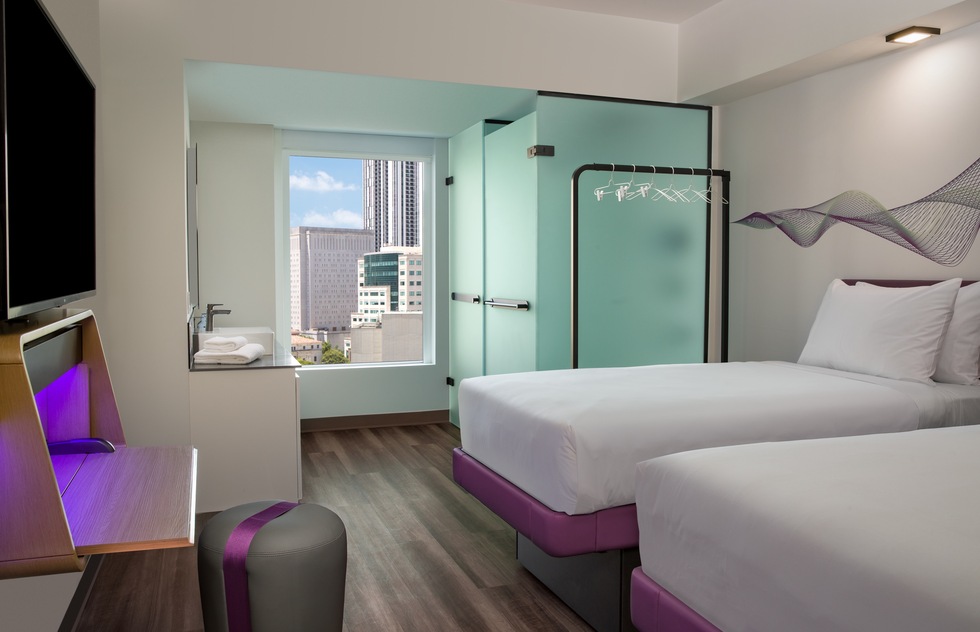 Yotel started out as a capsule-style hotel brand with an emphasis on efficiency (check-in kiosks) and tiny-yet-functional room design (adjustable beds, mood lighting.) But now Yotel has evolved, branching out to Miami with some of its largest hotel rooms to date and also its YotelPads concept—apartment-style units that can be rented out on a nightly basis. Located just blocks from Bayfront Park, the 222-unit Yotel also has a rooftop pool, fitness center, and restaurant as well as the Yotel Komyuniti lounge, a funky-styled co-working space above the lobby. 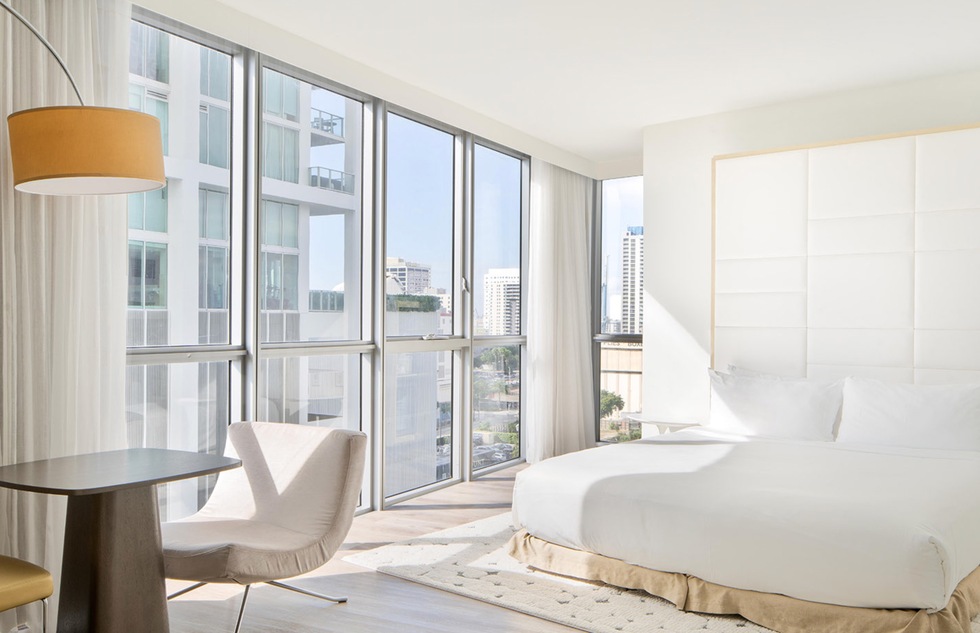 Seeking a little bit of luxury pre and post-trip? Check into The Gabriel, located in a modern skyscraper along Biscayne Boulevard. This hotel has 129 generously sized and beautifully decorated guest rooms with views of either the city or the bay. Relaxation is made easy here with deep soaking tubs in the bathrooms and air purifiers, pillow sprays, and essential oils available upon request. If you’re bringing the kids, they can run wild in the Alice’s Wonderland playroom just off the rooftop pool. A small portion of the room rate also goes back to local charities in Miami. Another fun touch? The Gabriel is easy to spot from your ship. Just look for the giant G. 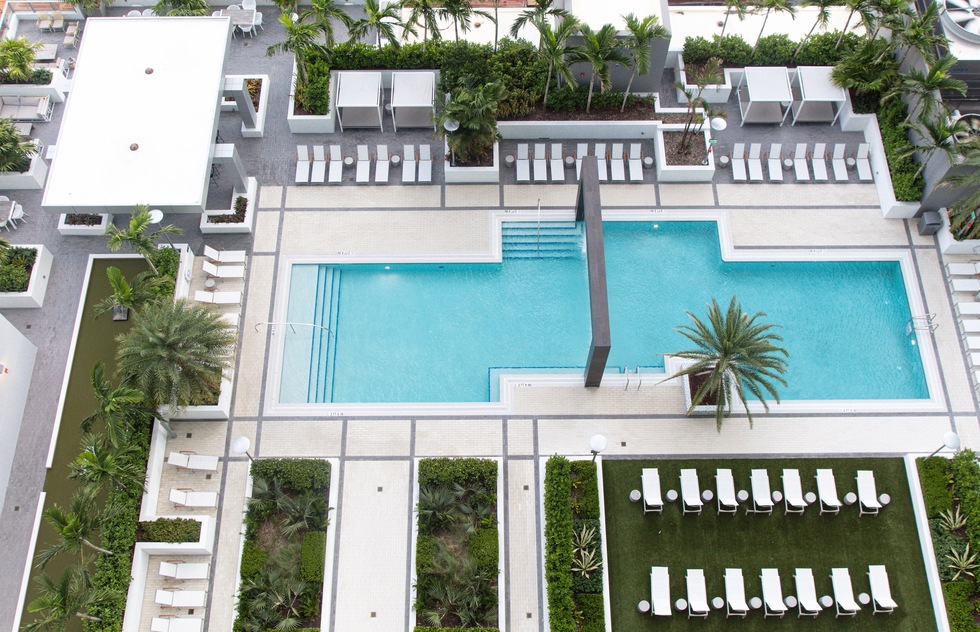 If hotels aren’t your thing or if you want to stay a while, book an apartment at Mint House on the southern edge of Bayfront Park. These fully furnished units split the difference between staying in a hotel room or someone’s oddly furnished home, and they are easy options for groups or families. Each Mint apartment comes with small kitchens, laundry machines, fresh technology including keyless entry, and access to an outdoor pool and a small community lounge.