Thank you for subscribing!
Got it! Thank you!
Home›Tips & News›Air Travel›10 Surprising Things That Could Trigger a Bag Search at the Airport 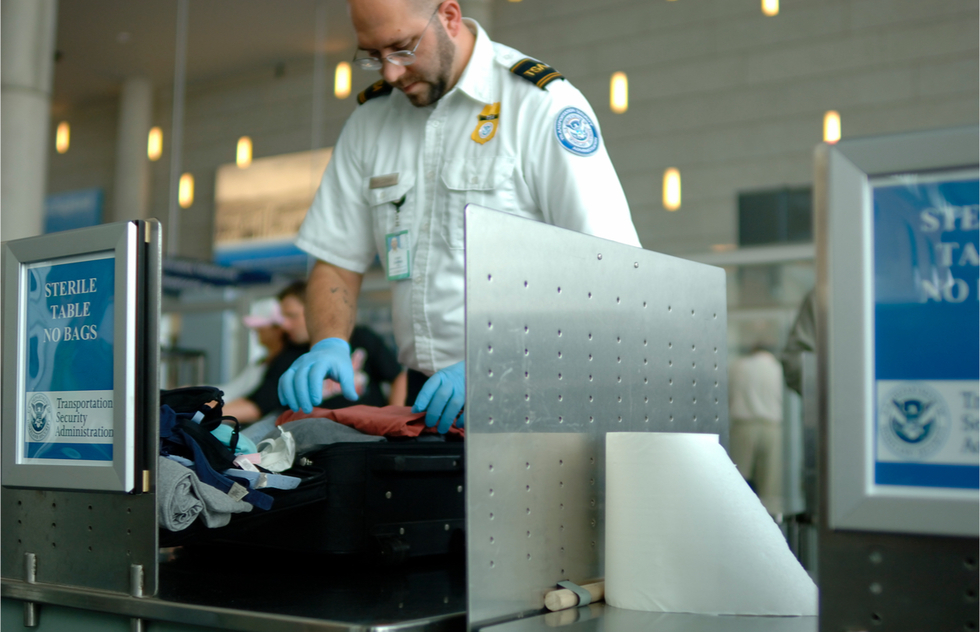 If you pack any of these items, don't be surprised if airport security agents ask to open your luggage for closer inspection.

But at airport security checkpoints, plenty of innocent, nonhazardous items can appear hazardous on scanning screens and trigger a time-consuming hand search.

Don't get pulled out of line. Scan your luggage for these common culprits that may cause a security agent to double-check your stuff. You would be wise to remove these items from your carry-on while you're going through security so officers don't have to wonder if you're packing something else.

The Transportation Security Administration classifies anything spreadable as a liquid. Consequently, you're only allowed to carry on less than 3.4oz/100 ml of peanut butter. We've seen TSA agents let larger amounts through, but don't bank on that. (You can of course pack as much peanut butter as you want in your checked luggage.) The same logic goes for any food used for spreading or dipping, including honey, salsa, soft cheese (even good old Southern pimento cheese), yogurt, and guacamole.

Dense organic matter sometimes raises flags. The TSA lists ChapStick as an approved item, but because it's a solid tube of organic ingredients, lip balm and similarly formulated cosmetics still might attract the curiosity of some inspectors. If you have one or two tubes in your bag, they'll usually be ignored, but if you're transporting multiple sticks in a cluster like a certified lip balm addict, expect to be queried.

Like lip balm, a single volume usually won't cause a disturbance, but if you carry a stack of books, the mass of organic matter begins to present a problem for airport scanners. We've heard some say that the shinier the paper, the more trouble for the scanner, but we separate our books no matter the gloss—or no matter the matte.

If you enfold your snack banana in Reynolds Wrap, it might as well be a gun to an airport agent. Many metals form a shield around objects, making it impossible for scanning equipment to peer though. Any time you pack a metal sheet or object that could serve as a scanning barrier (cymbals are a surprisingly common issue), it's better to take that item out and send it through alone.

A few cables or wires usually won't raise eyebrows, but if you have lots of them (and with so many electronic devices to charge, tons of people do), try to separate cords into different areas of your bags. A rat's nest of wires is liable to attract scrutiny.

Airport equipment is only as good as what it can see though, and the chemical components of this type of glassware—though pretty to human eyes—can present an obstacle to sensors. Send leaded crystal through the scanner on its own. (That's probably smart to avoid breakage anyway.) You can probably leave the glass cocooned in bubble wrap as long as you tell the agent what it is.

Security agents usually ask to inspect microphones by hand because they tend to be dense and scanning equipment sometimes has a hard time penetrating the layers. Set mics aside in a separate bin, as you would a laptop. Do the same for any specialized piece of electronics.

If you were a TSA agent and saw a bag of white powder show up in someone's luggage, what would you think? Spices, herbs, and other powdered ingredients are common souvenirs, so if you're taking any home, do yourself a favor and send your stash through separately so the agents don't have to unpack everything you own to ensure you're more of a Julia Child than a Pablo Escobar.

It doesn't matter if the object is clearly a toy: The TSA recommends keeping it in your checked luggage. The agency's list of prohibited carry-on items explicitly bans foam toy swords from carry-on luggage, along with water guns (even if emptied to meet liquid requirements) and forms of Nerf weaponry.

In 2019 there were some hilarious reports of passengers being forbidden to fly with empty souvenir Coca-Cola bottles from Disney World's Star Wars: Galaxy's Edge simply because they kind of looked like the bombs favored by cartoon characters such as Wile E. Coyote and Bullwinkle antagonists Boris and Natasha. (Strangely enough, the TSA does permit light sabers—perhaps because they're science fiction?)

As with most items on this list, the soda containers weren't banned because they were truly dangerous but because they could cause uncertainty—either with the scanning equipment or, potentially, with the flight crew later on.

So when you pack, it helps to think in those terms: What could cause confusion, or what might the machines have trouble scanning?

If you have questions about other stuff, from Geiger counters (fine) to glow sticks (nope—they're liquids), the TSA's official, searchable "What Can I Bring?" list is a lot more specific than it used to be, so try checking there. If you can't find the item you're curious about, snap a pic and send your question to AskTSA via Facebook Messenger or Twitter.