Thank you for subscribing!
Got it! Thank you!
Home›Tips & News›Air Travel›Accidentally Traveling with Cannabis: Does Anyone Care Anymore? 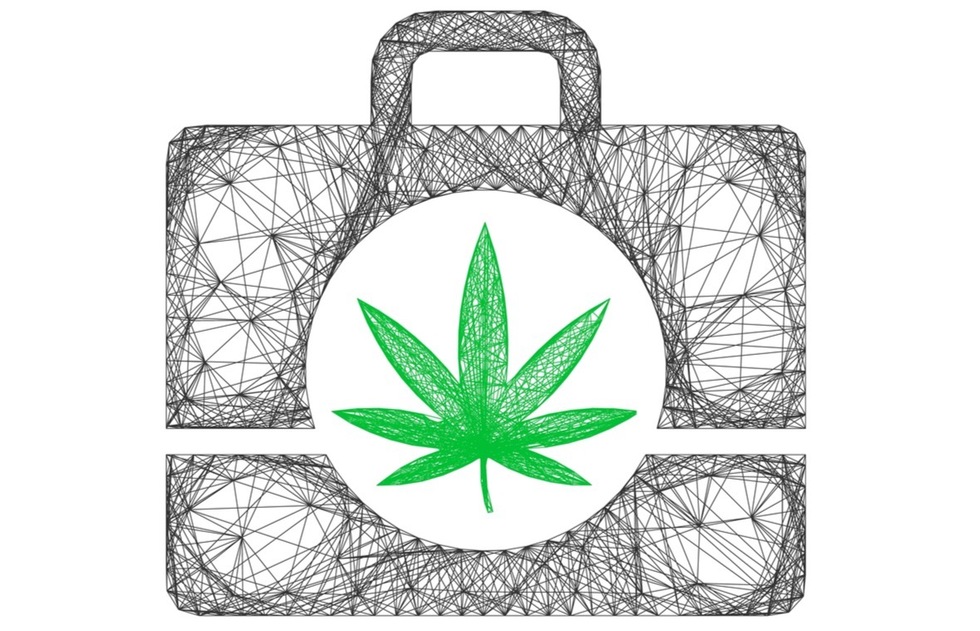 Accidentally Traveling with Cannabis: Does Anyone Care Anymore?

If you forget you left a marijuana product in your luggage, what will happen if it's found at the airport? The answer is changing—and changing fast.

The majority of U.S. states have now legalized access to marijuana, whether it's for recreational or medical use.

People ranging from young adults to great-grandmothers now casually use low doses of cannabis to manage conditions like stress or insomnia, and millions of Americans now carry their doses as casually as car keys or a tube of lip balm.

For travelers, that's where the trouble comes in. When you're bringing packed bags through airport security, it's easy to forget that you've thrown those CBD tabs in your backpack or tucked a tin of edibles in your toiletries bag.

Is the Transportation Security Administration looking for pot anymore?

Technically, even though most states have legalized cannabis with restrictions, marijuana remains federally illegal. But the TSA is most concerned with that S initial—the one that stands for security.

The agency announced as much in early 2019 (before many states legalized cannabis) on Instagram. "Let us be blunt: TSA officers DO NOT search for marijuana or other illegal drugs. Our screening procedures are focused on security and detecting potential threats."

But then came the caveat: "But in the event a substance appears to be marijuana or a cannabis infused product, we’re required by federal law to notify law enforcement. This includes items that are used for medicinal purposes."

It's possible that the TSA is trying to send a message from between the lines: If you don't store your cannabis-derived substances in the original packaging that lists its contents as cannabis products, the TSA agent won't know that's what you're carrying and there will be no obligation to report you.

The question is: If you do get reported, will the cops care?

It depends on the cops—and how much time they want to waste.

Drug trafficking busts are still a thing, of course. Just ask the guy who stands accused of lugging 51 pounds of marijuana through Nashville in September, the one who allegedly stuffed his suitcase with 40 pounds of leaf from California and took it to South Carolina, or the New York man reportedly nabbed with with 2.25 pounds at an airport on the island of St. Thomas.

While federal laws remain on the books and so the potential for prosecution remains, we're simply not seeing many cases of individuals being charged for traveling domestically with amounts that might have simply slipped the traveler's mind.

Law enforcement doesn't appear to want to waste the time. Police in Albany, New York, told the Times-Union newspaper that while they're occasionally summoned to checkpoints because cannabis items have been found, they really don't care as long as the amount in question is less than 3 ounces.

As more of us are traveling with relatively small amounts of cannabis, the chances of local authorities pursuing a conviction, let alone winning one, are not strong and get less likely by the month. Rather than waste resources, most law enforcement authorities seem to have stepped back.

But do you know what really could still get you into grave trouble? Taking cannabis across international borders, such as on a cruise ship.

Most cruise vacations travel through at least three jurisdictions: state (where you board), international waters, and then the countries of the foreign ports. The port inspectors may not care about your stash in the state where you board, but once you bring your cannabis into those other jurisdictions, you're risking a world of hurt if you're caught.

Even if law enforcement doesn't find out, cruise lines have their own strict bans (including for medical marijuana), and the crew might turn you in to an unfriendly government.

Don't try bringing cannabis across international borders at any time. There's no gray area: It's illegal. Anytime you pick up your passport, scour your luggage for forgotten treats.

That includes in Canada. Even though cannabis is now legal there and may be allowed at your U.S. destination, it remains forbidden to transport marijuana over the international border between the two countries. In fact, you could wind up in prison for as long as 14 years—even if you're flying from a U.S. state where it's legal to a Canadian province where it's also legal.

That makes no sense, we know. But until the United States sorts out the legality of cannabis on the federal level, that's where things stand.

Speaking of that, the federal legal situation is showing strong signs of an imminent shift.

We won't get too far into the weeds here, but various politicians have routinely proposed taking marijuana off the top of the Drug Enforcement Administration's list of federally controlled substances, even going as far as drafting legislation on several occasions.

Those efforts usually went nowhere because of congressional obstruction, bungling, and old-fashioned fuddy-duddery.

During the 2020 election, then-vice presidential candidate Kamala Harris promised, "Under a Biden-Harris administration, we will decriminalize the use of marijuana and automatically expunge all marijuana use convictions and incarcerations for drug use alone.”

On November 10, three Democratic senators sent a letter pressing Biden on the matter and asking him to use his executive powers (a controversial ask, to be sure) to pardon all nonviolent cannabis convictions.

That move would achieve decriminalization, not full federal legalization. But for purposes of traveling domestically between two states that permit cannabis without risking jail time, the proposed measure would be enough to wipe concerns away.

There have been more promising signs on the congressional front, where legal changes would be more definitive and lasting.

A House Republican from South Carolina, Nancy Mace, is drafting the States Reform Act, which would at last federally decriminalize marijuana (but not legalize it, in agreement with Biden's position), federally tax its sale, and allow Americans to carry it across state lines without breaking the law.

At the same time, two dozen state governors have urged Congress to reform banking laws surrounding cannabis, a change that would almost certainly accompany decriminalization. The signs have been so optimistic this week that the stock value of cannabis businesses have shot upward.

Now that there's a groundswell of support for decriminalization from both Democrat and Republican lawmakers, bipartisan agreement is closer than it ever has been.

Which makes sense—because how ridiculous is it to have to worry about taking small amounts of cannabis between two states that have made it legal? And how heinous is it that anyone would still be rotting behind bars for carrying marijuana years ago in a state where there are now fancy cannabis shops doing big business?

So if you do accidentally carry cannabis across state lines, we have to tell you that you have just broken the law—and broken it in a way that is keeping some 40,000 people in prison right now. (That figure, by the way, is more than a decade old and in some dispute, mostly because the federal corrections system is pitifully bad at keeping track of numbers. The truth is we don't know just how deep this mess is.)

In practice, though, most inspectors at the airport just don't care about accidents like this now.