Thank you for subscribing!
Got it! Thank you!
Home›Tips & News›Air Travel›Can Kids Use TSA PreCheck with Their Parents? Sometimes. Here's How to Know 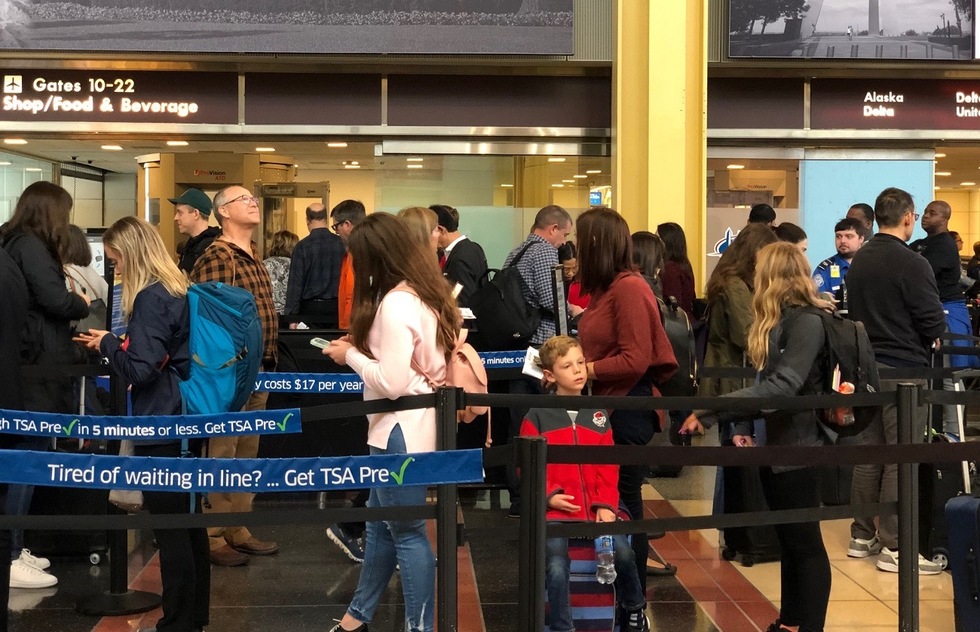 Can Kids Use TSA PreCheck with Their Parents? Sometimes. Here's How to Know

If you have TSA PreCheck and you want to bring your kids through the security screening line with you, there are some rules you should know first.

TSA PreCheck, that speedy blessing for frequent travelers, is also a boon for families. Nobody likes standing in line, least of all kids, and no parent looks forward to wrestling with luggage, wriggling children, and all those shoes.
But don’t take it for granted that just because you or your partner have PreCheck stamped on your tickets that your children and your other traveling companions can hop on the expedited screening line with you.
If you’re a parent or guardian of a kid 12 years or younger, they may travel on your PreCheck membership, but only as long as you’re with them.
Grandparents or other authorized chaperones can usually bring kids 12 or younger to piggyback on their own PreCheck memberships because as a matter of policy, the TSA does not like to separate adults and children traveling together. If you are not the parent or legal guardian, it’s always wise to travel with a notarized consent letter stating that  you have permission to travel with the minor children. The assertion can be as simple as "I acknowledge that my parents/uncle/friend etc. is traveling to X with my son/daughter. He/She/They has/have my permission." Your TSA agent will probably never ask, especially for domestic travel, but for lots of other legal reasons, it’s smart to carry a letter like this anyway. (For international travel, border agents may indeed require you to produce one ).
Other passengers, including your teens aged 13 and older, must obtain their own PreCheck membership the same way that you did—by completing the online application, scheduling an interview, supplying the required documents, and having your fingerprints scanned.


Granted, 13 and 14 are awkward years for identification: too young for the drivers’ permits and licenses most people use as primary identification. For early teens, a passport or passport card is the best bet for providing the required government photo ID.
Once your older progeny have their own PreCheck memberships, each one should enter their Known Traveler Number (KTN) on their individual airplane ticket reservations to be sure the PreCheck permission stamp appears on their tickets.


You might want to simply apply for Global Entry, which speeds re-entry into the United States from other countries; membership in that automatically comes with PreCheck. Unlike PreCheck, though, everyone who uses Global Entry at the borders must have their own membership, even if they're under 12.
You can find the latest requirements and fees for PreCheck registration at its official TSA page.
Air Travel
Entry Requirements & Customs
Family & Kids
Health, Insurance, Security