Thank you for subscribing!
Got it! Thank you!
Home›Tips & News›Air Travel›Gotcha! What Delta Doesn't Tell You About Its Late-Bag Delivery Fees 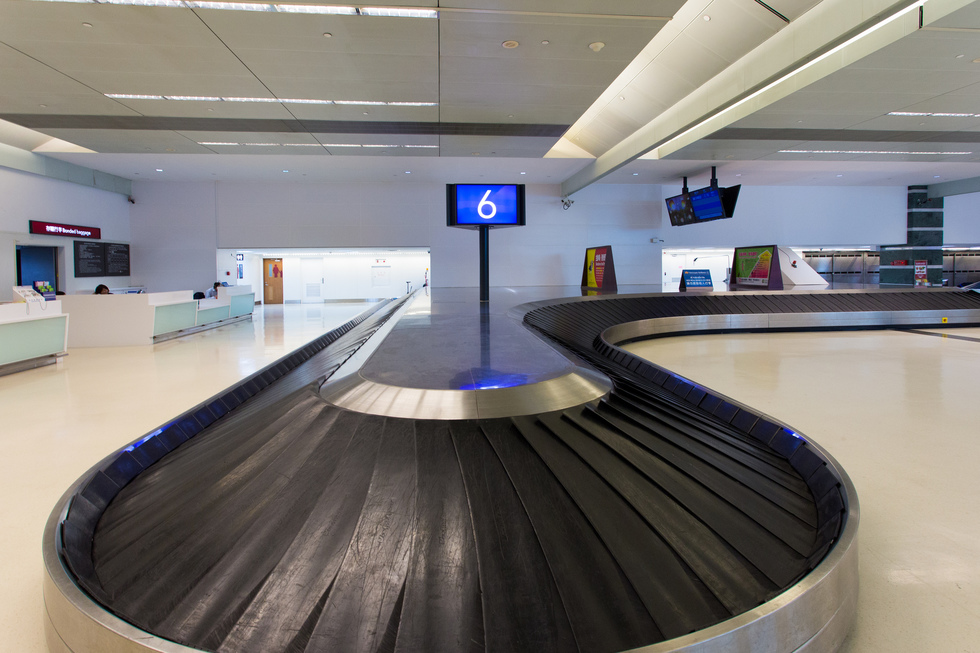 Gotcha! What Delta Doesn't Tell You About Its Late-Bag Delivery Fees

When a bag doesn't make it onto a flight and has to be delivered to a hotel, passengers are charged—but no one at the airline is warning them how much it will cost.

A Frommer's reader had a common problem: She was running late for a flight to Vegas—the last one of the day. She had to wait so long for a curb porter that she passed the one-hour bag check-in deadline by one minute, so the Delta computer system would not accept her bag there. The skycap sent her inside to the Delta desk clerk, who said there was still time, accepted the bag, and charged her the baggage fee.

The bag didn't make the flight. In Las Vegas, the reader went to an unfriendly baggage claims clerk, "who just handed me an envelope and said 'You have to call this number because it is your fault.' She would not arrange delivery.  She did not care if I arranged delivery or if I came back to the airport to get my bag.  She said it cost $25.  She told me what flight the bag was going to be on and that was the extent of her responsibility."

The "number" was for a company called Bags of Nevada, whose parent company contracts with Delta to deliver late bags—for a fee. Bags of Nevada told our reader that even though her bag arrived on a flight at 10:15 am the next morning, it wouldn't pick it up until noon, and then it would take up to four hours to deliver it to her hotel.

She was informed of the rules: "I called them and was told that I had to put cash in the envelope and leave it at the front desk of my hotel. There was a lot of [repetition of] 'the cash has to be there.'  There is text on the envelope that says 'envelope must be sealed.' I did ask if I could pay by card and was told no."

The idea of leaving cash in an envelope at a hotel desk struck the reader as potentially shady. So did the harsh additional rules: "When they get to my hotel with the bag, if an envelope with $45 [she was charged extra becuase she was not staying on the Strip] was not there waiting for them, they will leave with my bag, bring it back to the airport, and when I go to get it myself they will charge me another $45.  "So make sure the cash is ready," he said."

There are two problems with this incident. One is that Delta's communication: The clerk accepted a bag that didn't make the plane and at no point was the reader forewarned of the fees involved with a bag that misses a plane. The second issue is the wildly insecure and inflexible "cash in the envelope" procedure demanded by the bag delivery company.

1) Issue One: Delta accepted the bag.

Delta.com's website page on late check-in does not list the penalties of a late bag. There are no fees listed. The 60-minute check-in deadline for JFK airport, our reader's origin, is listed, so that part was warned. But that's all—there is no notice of the additional fees nor of the fact she would have to surrender cash (no credit cards allowed) to get her property back.

A Delta rep told Frommer's: "This customer unfortunately had a poor experience. We apologize for that. While minimum check-in times at airports can be found at delta.com, we do make case-by-case exceptions, only when feasible, for a customer to voluntarily separate from a checked bag if they are checked-in beyond the minimum connection time. Regretfully, our agent at JFK did not clearly explain this and that a delivery fee for her bag would apply if she opted for it. Also regretfully, our agent at the Baggage Service Office in Las Vegas did not clearly explain the situation in a manner that we expect. Alternatively, her bag could have been retrieved at baggage claim when the later flight arrived."

Verdict: This is Delta's bad, and it admits it. The airline is in touch with the reader to make good.

Delta deferred responsibility for this aspect to Bags, Inc., an Orlando-based company that owns Bags of Nevada and many other baggage delivery contractors around the country.

Unfortunately, the cash-only requirement, which threw up red flags with our reader as perhaps more appropriate for a drug deal, is actual Bags, Inc., policy, and therefore de facto Delta policy. Here's how a Bags, Inc., rep answered for the situation:

"Our standard C.O.D. procedures require the customer to be available. But knowing the Las Vegas market, we have adopted an envelope system we only use there so the passenger does not have to wait for the driver and can leave the money securely with the bell staff and be free to enjoy their trip to Las Vegas.... Unfortunately, the current technologies do not exist for any other forms of payment, although they are currently in development and we actually expect [to] start accepting credit cards very soon. "

And yes, there would have been a second charge for a second delivery attempt, although the Bags., Inc. reprepsenative said second deliveries rarely have to happen. The reader was also give the wrong information: Bags, Inc. said that the passenger could have returned to the airport to pick up her own bag for free because if there's no delivery made, no money would have changed hands. Had the reader wanted delivery, she also could have handed the delivery agent the cash herself instead of leaving it at the bell desk.

Of course, none of this would have been confusing if Delta had posted the rules or shared them clearly.

Verdict: The cash-only requirement in Las Vegas is within the policy of Delta and its contractors.

So beware. Partly because it engages an outside contractor to deliver bags, Delta Air Lines does not warn passengers about how much late bag delivery will cost them or that cash is the only payment form—not anywhere online that we could find, and probably not in person, as our reader discovered.

This incident proves it's entirely possible that Delta agents will accept your bag, fail to get it on the flight, and then pass the cash profit for late delivery to its contractors—it happened to our reader, and two weeks after the missing opaque fee policy was pointed out to Delta by Frommer's, its website has not changed include that information.

And the airlines wonder why passengers are cramming more and more luggage into the overheads.