Thank you for subscribing!
Got it! Thank you!
Home›Tips & News›Air Travel›Is Economy Plus Really Worth the Price? 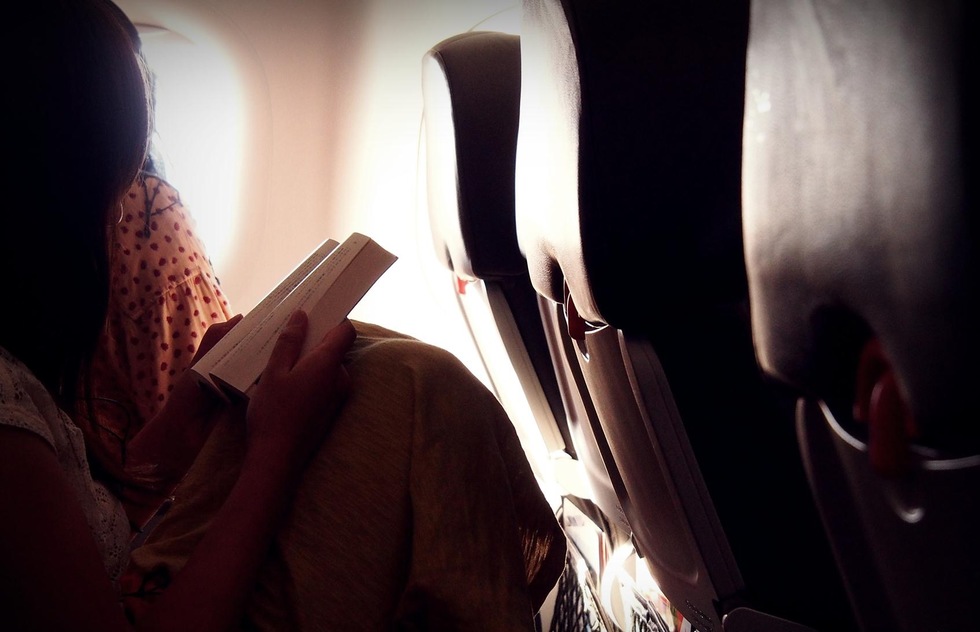 Is Economy Plus Really Worth the Price?

How much is a good night's sleep worth? $100? How about $500? We measure the benefits of paying more for a little bit of legroom.

As airlines cram seats more tightly together, they're profiting from new ways out of the crush. Premium economy seats, which give you a few inches more legroom, have been around for a few years. The big new trend, though, is letting you bid for them. It's not a sure thing, but it's making roomier experiences on international flights more affordable.

Economy class seats are shrinking. It's horrible. When I first wrote this story a few years ago, I wrote about "industry standard 32-inch legroom," but that's far from the case any more. American, United and Virgin Atlantic are all running 31-inch seats on long-haul planes, according to Seatguru, and many British Airways, Air Canada, and Frontier Airlines flights are running down to just 30 inches. Spirit, which is the least pleasant flying experience in America, crams you into a mere 28 inches.

But almost all of these airlines—including Spirit, which you wouldn't expect—offer some sort of premium economy for an extra fee. "Premium Economy" typically means a seat towards the front of the Economy Class section with more room and early boarding privileges. It isn't nearly as cozy as Business Class, and you don't get Business Class food or service. But you get more space, and if it doesn't cost a lot more, it can take some of the edge off of flying.

Within the United States, Allegiant, American, Delta, Frontier, JetBlue, United, Virgin America, and Spirit all offer premium economy seats. Southwest, notably, doesn't. Prices vary, but they can be reasonable, especially if you need those extra inches of legroom because you're six feet tall or want to sleep on a red-eye.

Allegiant's product is called "Legroom+." That gives you 34 inches of legroom as opposed to the very strict 30 inches you typically get from this ultra low cost carrier. It's probably the most affordable of the premium economy options, too - on a flight from Akron to Fort Lauderdale, we saw it come in at $19 per leg. I'd buy that.

Delta rebranded its premium economy as "Comfort+," which gets you advanced boarding, free drinks, free movies on seatback video screens, and, on domestic flights, about two extra inches of legroom. On a flight between Boston and Detroit, Comfort+ bumps the one-way fare from $168 to $246. Between JFK and San Francisco, it bumps from $402 to $600. Ouch.

JetBlue's option is called Even More Space, with 38 inches of seat pitch compared to the 32 of a standard JetBlue seat. At 16 airports, Even More Space buyers also get a special security line. Prices vary by distance. It's $80 for a flight from New York to Seattle, but only $20 on the shorter flight from JFK to Charlotte.

Spirit's "big front seats" also have 36-inch pitch (compared to Spirit's punishing 28-to-30-inch standard horrors) and a 2-by-2 layout with no middle seat. Prices, as always, vary. On a flight between Atlanta and Dallas, they cost $20 per leg. On a trip from Chicago to Las Vegas, they cost $65.

United calls its roomier seats "Economy Plus." Economy Plus seats have 34–36 inches of legroom, depending on the plane. They're available on all mainline United flights and some larger jets run by United Express carriers. Some jets have so much Economy Plus seating that people can end up assigned those seats at the airport for free. If you pay, the seats aren't cheap: On a flight from New York to Denver, the airfare was $150 each way but it would have cost another $100 to be bumped into a better seat.

Virgin America's Main Cabin Select gives you 38 inches of legroom in a leather seat, along with a free checked bag, free snacks and drinks, priority check-in, and priority boarding, but you have to pay a price that's close to a high walk-up fare. That makes it much more expensive than the company's lowest advance fares. On a flight from Dallas to New York, for instance, the cheapest two-week advance fare is only $87, but Main Cabin Select cost $199 each way, same as the last-minute refundable fare.


Bidding Across The World

Non-US airlines also offer premium economy on international flights, but it's typically much more expensive. For leisure travelers, I have trouble finding the value. On British Airways, for instance, selecting World Traveller Plus doubles the fare. A fee of $400 each way to boost legroom from 31 to 38 inches and add a power port just seems like too much. The same goes for Icelandair: for a Denver-London flight, I saw a $583 fare in Economy but a $1,115 fare for its premium economy section.

Fortunately, more airlines are signing up for upgrade bidding programs. Run by the companies Plusgrade and Optiontown, upgrade bidding systems let you decide how much you want to spend to either get an upgrade to premium economy, or sometimes just to guarantee an open seat next to you in economy class. Yes, you may have an open seat next to you anyway (especially if you initially book into the center section of a plane), but this guarantees it.

I did this most recently a few months ago on an Air Berlin flight from New York, where the seats were crammed together but an upgrade to business class would have cost $3,000. For $158, I got a guaranteed empty seat next to me. That let me curl up and sleep all the way to Germany.

I wrote a feature about Plusgrade for PCMag.com which runs down some of the options. Plusgrade's clientele has expanded and it includes some of the biggest airlines in the world. Lufthansa calls it "MyOffer." Icelandair calls it "Class Up," and Virgin America named it "SeatBoost." It's also available on Cathay Pacific, Virgin Atlantic, Aer Lingus, Air China and a slew of other major international airlines. Each airline has a different policy on whether you can try to Plusgrade during the booking process or whether it will send you an email when it turns out your flight isn't full.

Experts suggest that you bid 20–40% of the difference between Economy and the next class up for Plusgrade. In the case of that Icelandair flight, that gets you only one more inch of seat pitch, but a guaranteed empty middle seat and an AC port, for around $160, or about what I paid on Air Berlin.

Optiontown works similarly, mostly with smaller airlines: its flagship partners for U.S. travelers would be Air India, EgyptAir, and SAS.

For a while now, we've been struggling with two competing desires in travel: the desire to pay incredibly low prices and the desire to be treated like human beings. So far, the airlines have found that Americans' and Europeans' cheapness tends to win out—thus the success of Ryanair, and the shrinking of airplane seats pretty much everywhere on both continents. If you want more, you'll have to pay for it.

Yes, just-plain-"Economy" should be like today's premium economy. But for tall travelers, long-haul travelers, or even just slightly cramped travelers, it's definitely worth looking out for, and it can be worth paying a little more for.