Thank you for subscribing!
Got it! Thank you!
Home›Tips & News›Air Travel›Not All Kids' Car Seats Are Approved for Airplanes: Know the Rules 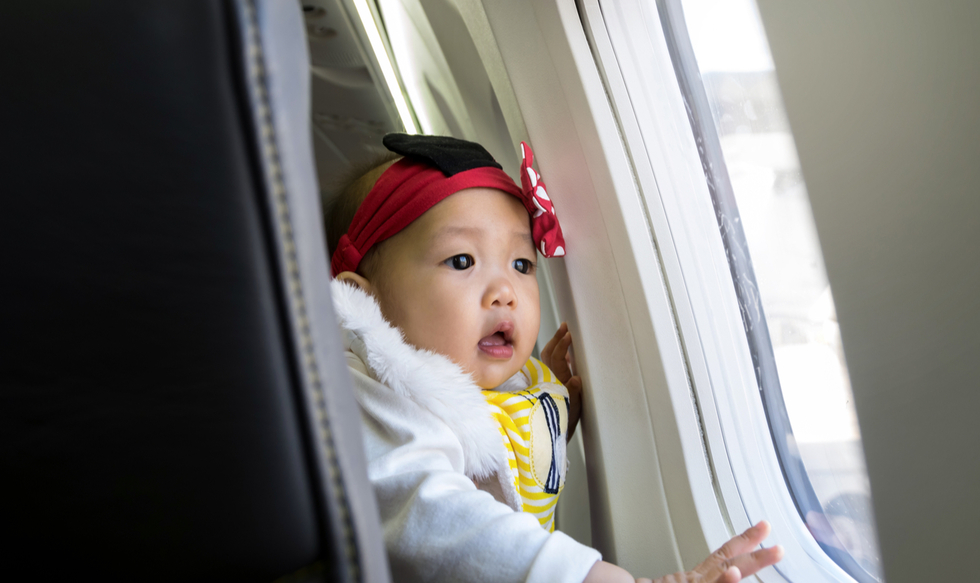 Not All Kids' Car Seats Are Approved for Airplanes: Know the Rules

Don't assume that you can automatically use your child's car seat on an airplane. It depends on the seat you own.

Whether or not you can strap your kids into their car seats on an airplane depends upon the type of seats, the point during the flight you use them, and what’s practical for your family.
In order for a kid’s seat or harness (also known as Child Restraint System, or CRS), to be acceptable for the entire flight, the device must be labeled as meeting both motor vehicle safety standards and FAA requirements.
Car seats obtained internationally must be tagged as conforming to the United Nations’ guidelines or to a foreign government’s standards for use in aircraft.
If a CRS is unapproved, a child may use it only during the cruise portion of the flight and only if the air carrier allows it. In that case, be prepared for a flight attendant to ask you to remove the child from the non-approved device for ground movement, take-off, and landing.
The more convenient choice: Purchase a seat that’s approved for both planes and motor vehicles.
When choosing where to sit, remember that a CRS may only be placed in a forward-facing position.
Another option for aged one year and older who weigh between 22 and 44 pounds is the one-pound CARES harness, the only FAA-approved child safety restraint harness. Although convenient for flights, however, the device lacks approval for use in automobiles.

To be certain that your kids ride in clean, comfortable, and approved car seats at your destination, Frommer's advice is to bring your own. You can check any car seat for free as luggage so it’s available when you land; airlines don’t charge for them.
Despite the added safety, the FAA does not demand that a child be placed in a CRS. This is partly because that requirement would pose a potential financial hardship to some families; it would require the purchase of both a CRS and a ticket for a dedicated seat for the child.
Tots younger than two years old can be cuddled in an adult's lap and older youngsters can buckle up with the plane’s standard seat belts.
Air Travel
Family & Kids
Health, Insurance, Security