Thank you for subscribing!
Got it! Thank you!
Home›Tips & News›Air Travel›Orlando Sanford International Airport's Name Can Confuse Tourists Going to Orlando 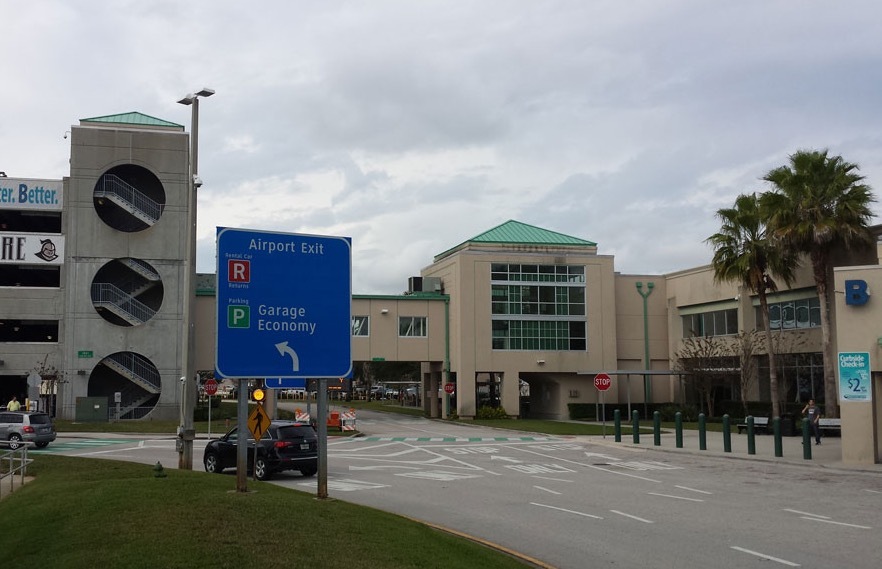 Despite its name, this small airport is not even in Orlando—it's in the town of Sanford, population 59,000, and is twice as far from Walt Disney World as Orlando International.

A small airport an hour away from Walt Disney World has trademarked its name to associate itself with the tourist powerhouse of Orlando—and it can cause confusion when theme park visitors book airfare.

Orlando Sanford International Airport (SFB) is actually closer to Daytona Beach (about 40 miles) than Walt Disney World (50 miles), but that hasn't stopped officials from filing a trademark with the U.S. Patent Office to cement the word "Orlando" into the airport's name so that it can get a piece of the estimated 68 million visits to Orlando annually.

Partly because of that name, online booking engines are returning results for the airport during searches for Orlando.

Frank Kruppenbacher, the chair of the board that oversees the main airport, Orlando International, is well aware of the confusion. "When you put in 'Orlando Airport,' to have that pop up and create massive confusion, there's a problem with that," he told a local news program.

Some customers who think they're flying to the main airport for Orlando, Orlando International (MCO), which is just 23 miles east of Disney and the only airport served by Disney's Magical Express coaches, actually wind up somewhere else—at SFB, in a quiet patch of Florida between Orlando and the Atlantic Coast, twice as far from the attractions.

Sanford Airport is easy to use but it hosts only 6% of the traffic that Orlando International does, with a corresponding limitation on taxis, amenities, operating capacity, and opening hours. If you drive by the curb at Arrivals on any given evening, at least a couple of people will be on mobile phones, trying to sort out ground transportation because of their error—I observed it myself after a family member recently made the same mistake.

And because no-frills carrier Allegiant uses SFB, many customers who think they've found a great airfare to Orlando leave the Sanford terminal to realize that they have to pony up another $75 for an hour-long Uber ride to Walt Disney World. If they have accidentally made rental car reservations for the wrong airport, that's forfeited, too.

For millions of tourists not familiar with Florida's geography, there's no way to realize during the ticket booking process that the word "Sanford" refers to the outlying town you'll be flying to, and not the name of some forgotten aviator or dignitary who was honored by having the main airport named for them.

MCO's board has also gone after the similarly renamed Orlando Melbourne International Airport on similar grounds, although there are apparently fewer reports of passenger confusion there.

SFB has seen its traffic grow steadily, year-on-year, since 2011. Competition with MCO has been cutthroat—many European vacation companies and Icelandair used to fly to Sanford, but switched after MCO slashed landing fees to attract them to the more popular airfield. The smaller airport has had to be creative to keep its operations healthy.

Tellingly, the organization that runs the airport is still called the Sanford Airport Authority, without "Orlando."

MCO vs. SFB: If you're flying into Orlando, be warned there are now multiple airports with "Orlando" in the name. Know which one you want.
Air Travel
News
Theme Park