Thank you for subscribing!
Got it! Thank you!
Home›Tips & News›Air Travel›At This New Airplane-Themed Speakeasy, Raise a Cocktail to the Frisky Skies 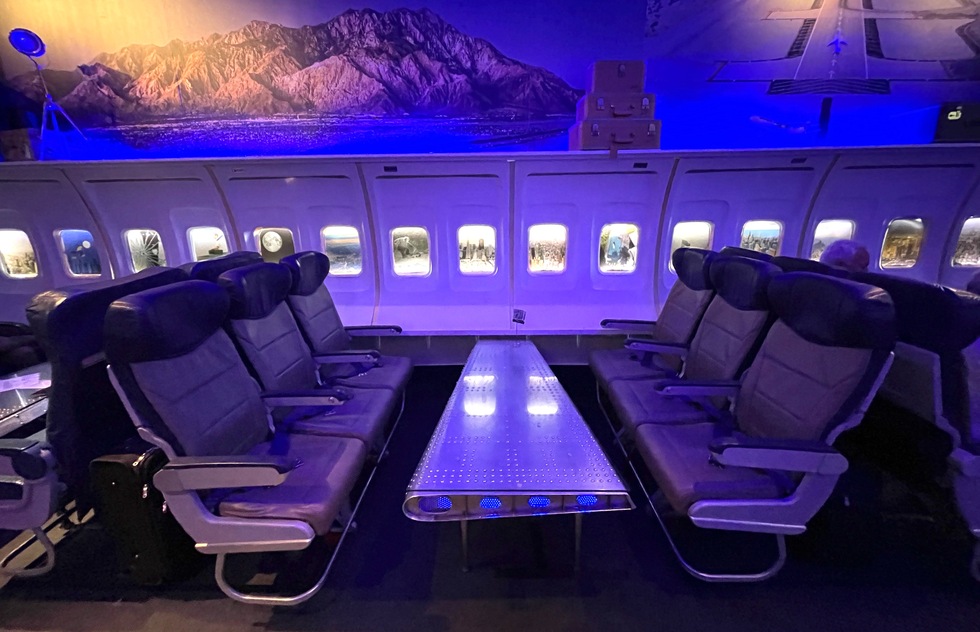 At This New Airplane-Themed Speakeasy, Raise a Cocktail to the Frisky Skies

Come fly away in California's boozy re-creation of an airplane cabin where the flight attendants serve stiff cocktails and campy entertainment.

In 2022, dealing with the airlines is enough to drive you to the bottle. But at a new Southern California bar, you can celebrate air travel vicariously with an even better reason to drink.

Hidden in a side room of Bouschet, a dignified Palm Springs strip-mall boutique selling wines, cheeses, and other accoutrements of tasteful entertaining, the purple-hued, anything-goes PS Air looks and feels like a commercial airline cabin, but with sublimely campy twists.

Instead of overhead bins, there's a high ceiling decorated with cottony clouds that flash with disco-ready lighting. Rather than endure safety briefings, guests order cocktails with giddy names like Cockpit, Mile High, Warm Nuts, and the potent Black Box. Seat belts are entirely optional, and the lavatory would only earn you membership into the Street-Level Club. And no more tiny servings of alcohol; you can even uncork a full-size bottle of wine from Bouschet. 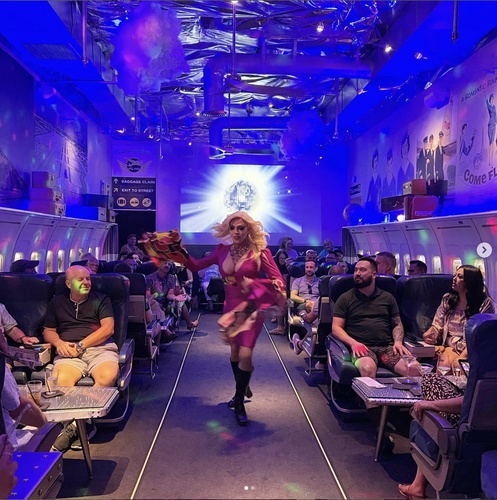 Two years ago, the shop's backroom looked like a suburban tomb of fluorescent lighting and industrial tile. But co-owners Tom Beatty—who worked as a flight attendant for more than three decades—and Dennis Costa trawled aircraft junkyards in the Mojave Desert to salvage real leather passenger seats in both economy and business class sizes. Patrons sit at wing-inspired metal tables, no fold-down trays required.

Since this flight of fancy is intentionally offbeat, the windows don't display images of distant landscapes. Instead, patrons at PS Air see a variety of illuminated gags including Sally Field as the Flying Nun, Christopher Reeve as Superman, and Samantha from Bewitched astride her broom. 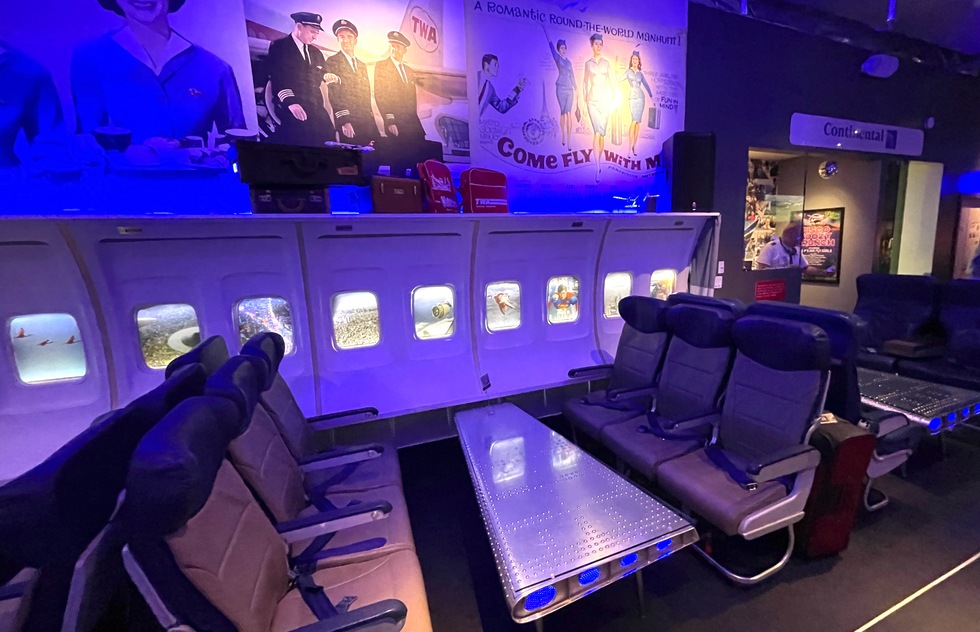 The bar was originally set to begin operations in March 2020, right as the world's actual airplanes were being grounded due to Covid-19. The business's bumpy takeoff has been a reflection of travel in general, but as vaccination became a reality and local mandates cleared the runway again, the dream of PS Air was able to take wing at last. What's air travel without a few delays?

Despite the gimmick that holds PS Air aloft, the bar has intentionally flown low on the radar, choosing not to court influencers and fickle selfie-seekers for promotional purposes. Instead, word of mouth has grown through customers in the know. PS Bar is unmarked from the street and the boarding ramp can only be reached through the wine shop, although all visitors are welcome.

By night, the PS Air cabin hosts live music ranging from pop to country, wine tastings curated by Bouschet, and a weekly drag brunch (pictured above) with talent vamping up and down the aisle.

The fare is more substantial and flavorsome than anything you've probably been served in the skies, unless of course you fly first class. But even then, did your in-flight entertainment feature drag queens? 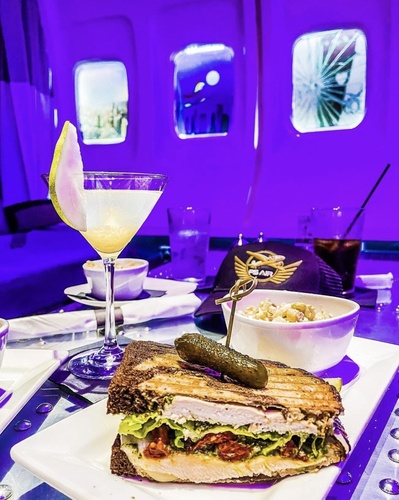