Thank you for subscribing!
Got it! Thank you!
Home›Tips & News›Air Travel›FAA Raises Alarm Over Fires in Samsung Smartphones 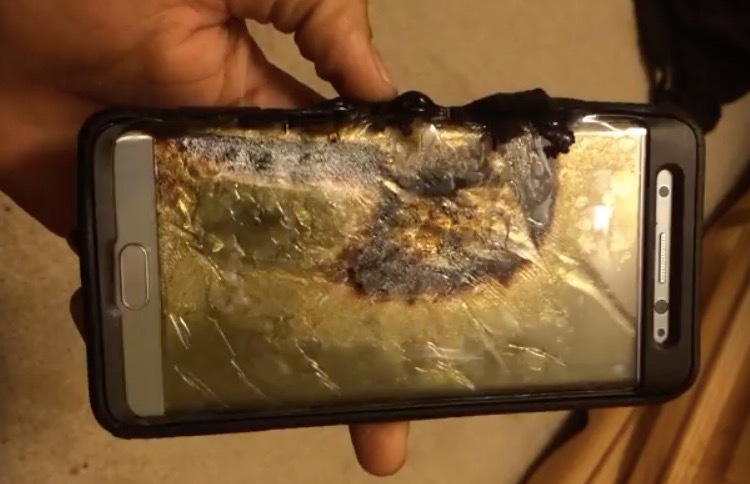 A massive product recall has turned into a rare admonition by the Federal Aviation Administration: Don't use your phone on flights.


After Galaxy Note7 devices were found to have batteries with an increased likeliness of catching fire, Samsung Electronics announced that it was halting sales of the Galaxy Note7, which was released in mid-August. The company has globally recalled some 2.5 million units.
“In light of recent incidents and concerns raised by Samsung about its Galaxy Note7 devices, the Federal Aviation Administration strongly advises passengers not to turn on or charge these devices on board aircraft and not to stow them in any checked baggage,” the FAA statement reads.
In this statement, the FAA does not order U.S. airlines to take action, although some are independently announcing bans on the use of those devices.
Singapore Airlines has become the latest carrier to ban the use of all Galaxy Note7 smartphones in flight. It joins Australia's Qantas Airways, Jetstar Airways, and Virgin Australia.
The phones can still be brought onto any flight, but they cannot be used or charged on board.
American Airlines has announced that it will inform its passengers of the FAA advisory. Delta Air Lines, the second-largest U.S. airline by passenger traffic, is still studying the issue.
"Delta is in constant contact with the FAA and other bodies in its run of business as a global airline. We will comply with any directive and are studying this matter. Safety and security is always Delta's top priority," said spokesman Morgan Durrant in a statement.
This is not the first time airlines have conducted risk assessments. The International Air Transportation Association said that there have been similar recalls and warnings extending to lithium batteries in phones and laptops over the last 12 months.
Owners of the Galaxy Note7 will be able to switch out their unit for a new one in the coming weeks, according to Samsung.
Air Travel