Thank you for subscribing!
Got it! Thank you!
Home›Tips & News›Air Travel›WATCH: An Airline Cabin Designer Explains the Systems That Clean the Air on Flights 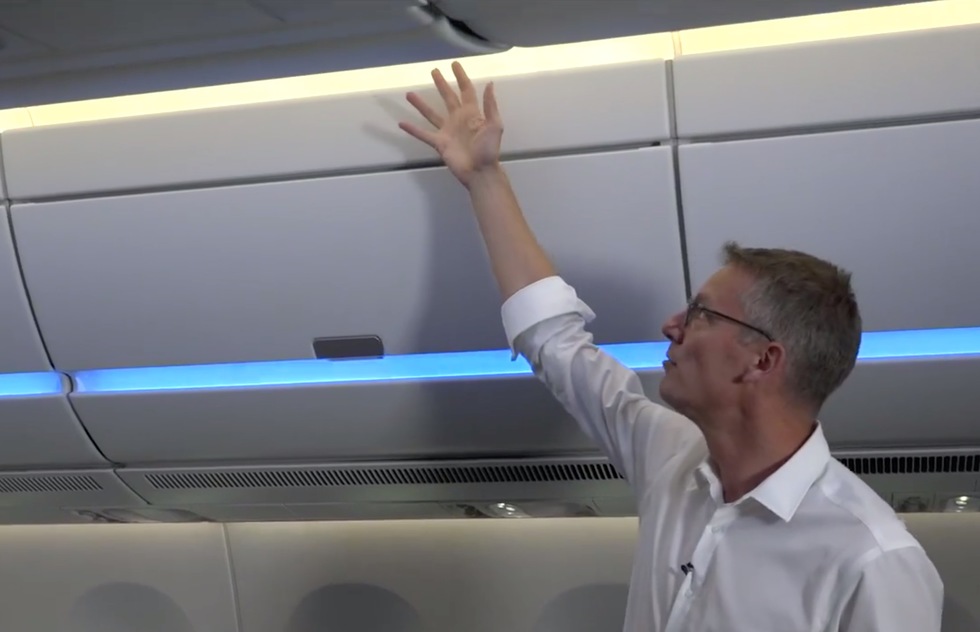 WATCH: An Airline Cabin Designer Explains the Systems That Clean the Air on Flights

An engineer for Airbus gave a video interview to explain how airline air circulation systems work—and to say whether he thinks the air on flights is safe.

No need to make a wild guess about the safety of the air in plane cabins. Airbus, one of the world's most important commercial aircraft manufacturers, knows that people are worried about this topic, so the company did a live Q&A on Twitter to put the design of Airbus systems on the record.

Jean-Brice Dumont, a top engineer at the company, was interviewed about the ways in which the complexity of the atmosphere at high altitudes impacts the way air circulation systems are designed—and he talks about whether he thinks the resulting systems are tough enough to help stop the transmission of viruses and bacteria.

You can watch the entire 16-minute interview below, but here are few key takeaways:

• Cabin air is either from outside the aircraft or recirculated from within the aircraft; over the course of a flight, the proportion is about 50/50.
• That circulated air uses medical-grade High Efficiency Particulate Air (HEPA) filters that block particles, microbes, and viruses such as Covid-19 "at 99.9%, at least." Such filters, Dumont says, are used across all commercial aircraft in the industry
• Air is blown vertically, from above down to the floor, "so there is no movement of the air forward or backward in the aircraft, by design—a bit like every row has its own air conditioning."


• The circulated air moves at a speed of 1 meter (about 3 feet) per second, always downward.
• The air is renewed every two to three minutes (20–30 times per hour), which means that within that time, passengers are breathing air that either is fresh from outside the aircraft or has just passed through those unforgiving filters. Should you sneeze, Dumont says, "Within a minute, there is nothing left around you."

Dumont even walks viewers through the design of Airbus' cabins, pointing out the location of intake and output vents in the air circulation system.

A few more interesting points worth highlighting: Dumont says that although all his company's airplanes have these systems, it's up to the airlines to keep them switched on, particularly when aircraft is on the ground. It's also up to each airline to change the filters regularly.

Several times, Dumont repeats the point that the air circulation systems on aircraft are like "personal air conditioning for each row." That suggests that although it's unlikely you could be infected by someone seated rows behind you, the greater risk of contamination would come from someone seated alongside you in your row. For this reason, Dumont explicitly suggests it's smart to wear a mask while flying—in fact, he puts one on in the video to show you.

For an engineer's lowdown on how he cleans the air in the sky, here's the whole interview:

????LIVE NOW! Everything you need to know on cabin air flow: join our engineering guru @JeanBriceDumont for a live Q&A! #KeepTrustInAirTravel #COVID19 https://t.co/Ogic6x2cGg