Thank you for subscribing!
Got it! Thank you!
Home›Tips & News›Air Travel›Why Is It So Cold on Airplanes? 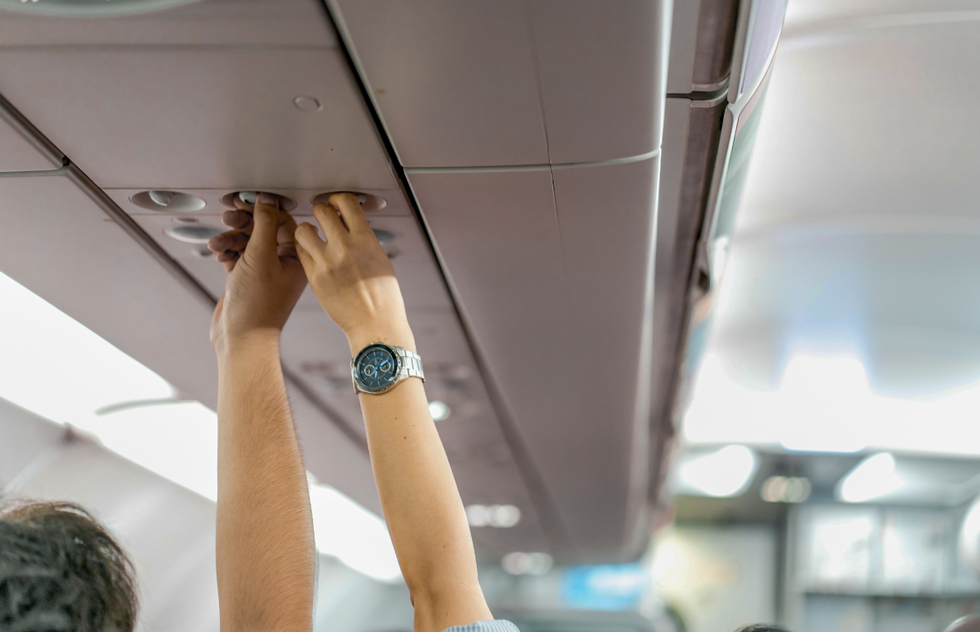 Why Is It So Cold on Airplanes?

If you are one of the millions of travelers who boarded a flight during this summer’s heat waves, only to wish, minutes later, that you’d brought your winter parka, you’ve no doubt wondered, Why is it so cold on airplanes?

It’s a question that has baffled flyers for decades.

The search term “cold plane” turns up a slew of posts on air travel chat rooms. In one typical gripe, a Southwest Airlines customer complains that a two-hour flight to Florida was so freezing cold “we could see our breath.”

Yet despite the strong public interest in cabin air quality—especially during the Covid-19 pandemic—there’s no industry-wide standard when it comes to the in-flight thermostat. The Federal Aviation Administration does regulate some aspects of cabin ventilation systems, dictating for instance how much fresh air must circulate each minute. But the agency has stopped short of setting minimum or maximum temperatures aloft.

According to the people who spend the most time on planes—flight crews—there’s a wide range in those temperatures, depending on the plane, the phase of flight, and other factors.

The Association of Flight Attendants, a union representing 50,000 members working at more than 20 airlines, has been campaigning for years to get the federal government to put standards in place for cabin temperatures, recommending a range of 65 to 75 degrees Fahrenheit (though 65 degrees is still firmly in light-sweater territory for many passengers).

“We try to keep things somewhere around 70 degrees, but it can be tricky,” says Patrick Smith, a pilot for a major U.S. airline and author of the book Cockpit Confidential. Keeping temps consistent throughout the entire aircraft is a challenge, he says.

A lot comes down to the way the cabin temperature is controlled. “Often the cabin is divided into zones, each with its own controller,” says Smith. These controllers are sort of like the thermostat panels in homes. “Temperatures can sometimes vary quite a bit, zone to zone,” Smith says.

On some planes, especially older models like the Boeing 767, Smith says the heating and cooling system is controlled by the pilots, with separate settings for each cabin zone: usually the cockpit, forward cabin (front of the plane), and aft cabin (the back).

On other types of aircraft, the thermostat is controlled by the flight attendants. But no matter who’s controlling the dial, having multiple zones means the climate can change depending on where you sit. That may help explain why, as Smith reports, “We receive just as many complaints of the cabin being too warm as we do of it being too cold.”

And there’s another reason for the temperature swings flyers often experience. That deep-freeze sensation that sets in about 20 minutes into the flight is actually a reaction to the hot and stuffy conditions you may have experienced before takeoff, according to one pilot source.

He explains that when the airplane is at the gate it is being cooled from an external air source, usually an AC unit located on the bottom of the jet bridge. Once the engines are started and the plane’s ventilation kicks in, the pilots will “tweak the plane to be too cold” to compensate. But often they won’t know how cold it’s gotten in back until they get a call from the flight attendants.

Newer jetliners may have more sophisticated systems. For example, the Airbus A350, one of the latest wide-bodies from the European manufacturer, has no fewer than seven separate climate zones.

According to Spanish carrier Iberia, the improved technology allows for “more precise control” of the temperature during flights, thanks to “sensors throughout the aircraft that measure the air as it comes out of the vents [to] help us pinpoint and solve any potential issues."

But no matter what plane you’re on, passengers are still at the mercy of flight crews who ultimately control the settings. And crews often prefer a cooler cabin, according to a flight attendant for a major U.S. airline, who requested anonymity.

That crew member points out that flight attendants who wear layered uniforms and are constantly moving about may want more AC than passengers who are wearing lighter clothing and are sitting still in their seats for hours. It’s not just a matter of the crews’ convenience, either. In cases of severe turbulence, a cooler cabin can help with passenger discomfort.

In the end, though, it comes down to the individual. “We get passengers saying they’re too hot, and on the same plane someone is asking us to bring out the blankets,” the flight attendant said.

And about those blankets: Starting about 15 years ago, most U.S. airlines stopped handing them out for free. You can buy one, of course, but some customers might balk at shelling out the bucks if they’re shivering due to the airline’s frigid air. In one notorious case, a Hawaiian Airlines transpacific flight had to divert after a passenger who complained about the cold cabin became outraged when a flight attendant offered to sell him a $12 blanket.

Unless the FAA steps in, the best course of action remains twisting shut the overhead vent and bringing out the sweater you packed in your carry-on—even for a flight in August.