Thank you for subscribing!
Got it! Thank you!
Home›Tips & News›Cruise›2014 Bon Voyage Awards 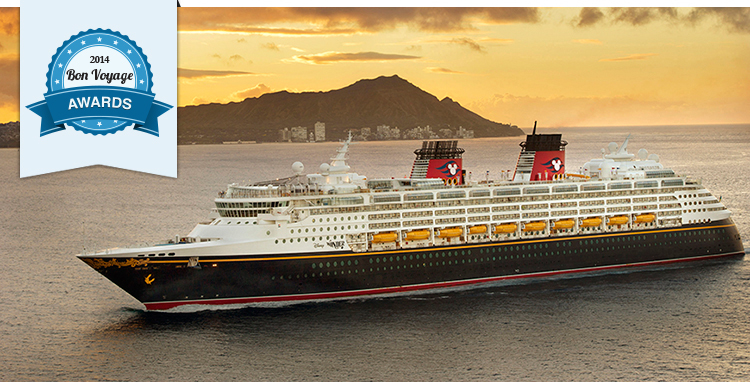 Bon Voyage magazine announces the winners of its first annual cruise awards. This year, it convened a panel of crack cruise writers — travelers who eat, sleep, and breathe ships — to see what impressed them most of all.


The team included Sherri Eisenberg (editor-in-chief of Bon Voyage magazine), Heidi Sarna (a Singapore-based cruise writer who's been writing about ships for more than 20 years), Ted Scull (a Manhattan-based travel writer who has been cruising on ocean liners since he was a small boy), Lisa Cheng (a Connecticut-based travel writer who spent more time on ships this spring than she did at home), and Donna Heiderstadt (a Long Island, New York-based writer who covered ships for years as part of the honeymoon destinations circuit, and now focuses on them).
The deliberations over two days in New York were sometimes heated and sometimes almost silent as the group nodded in agreement. After careful analysis, the panel agreed to name Disney Cruise Line, Oceania Cruises, and Crystal Cruises as the top lines in their respective price points.

Head over to Bon Voyage to see who took home the gold in 33 more categories such as Best Line For Singles, Most Improved Food, Best Onboard Daytime Activities, and Best Nightlife. The results may surprise, delight, or anger you — no matter how you respond, we hope you’ll share your thoughts with us in the comments section!