Thank you for subscribing!
Got it! Thank you!
Home›Tips & News›Cruise›Carnival's New "Ocean Medallions" Track Every Move—And Make Spending Thoughtless 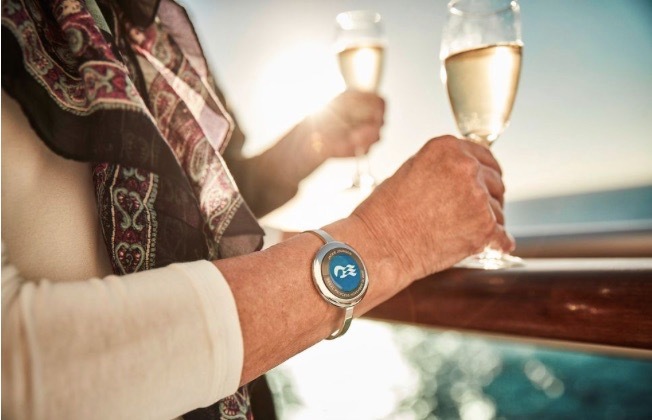 Inspired by Disney's controversial MagicBand system, the largest cruise line company in the world launches new disks that will track guests' every whim and move.

Code-named "Trident," the multi million-dollar initiative, which will debut on November 13, will outfit cruise passengers with "Ocean Medallions," coin-like trackers intended to accompany them throughout their cruises. Using some 7,000 sensors placed throughout its ships, the company will detect passenger whereabouts—stand near a stateroom door, and it will unlock. Tap it on a waiter's device, and it will instantly buy booze or a bet in blackjack. From now on, spending money on a cruise will be more thoughtless than ever.

In a strong imitation of Walt Disney World's controversial MagicBand trackers, reports the New York Times, Carnival's 1.8-ounce, waterproof disks will also be etched with passenger names and come with a range of accessories so they can be worn as jewelry, making it true wearable tech.

Carnival has announced that passengers can use the disks to order cocktails from a deck chair, which implies that their full functionality will require the use of a smartphone app.

At Disney, the privacy concerns of personal tracking devices have proven to be a source of unwelcome controversy, especially when it pertains to children. Carnival may well expect to meet its own resistance on those grounds, especially since it will be tracking guest movements and gathering information for targeted marketing.

But there are also potential safety benefits to having such devices on board an ocean-going vessel; presumably, the disks could help instantly alert the bridge if anyone should fall overboard.

Royal Caribbean has been using first-generation wristbands on its own in the past few years, but Carnival's system promises to be much more powerful, and the shipboard sensors are reported to be more sensitive to proximity.

Carnival, the owner of multiple major cruise lines, intends to launch the Medallions on its Princess ships later in 2017, starting with the Regal Princess. You'll know if your intinerary has them if the vacation is billed as "Medallion Class."