Thank you for subscribing!
Got it! Thank you!
Home›Tips & News›Cruise›How Does Hurricane Season Affect Cruises? 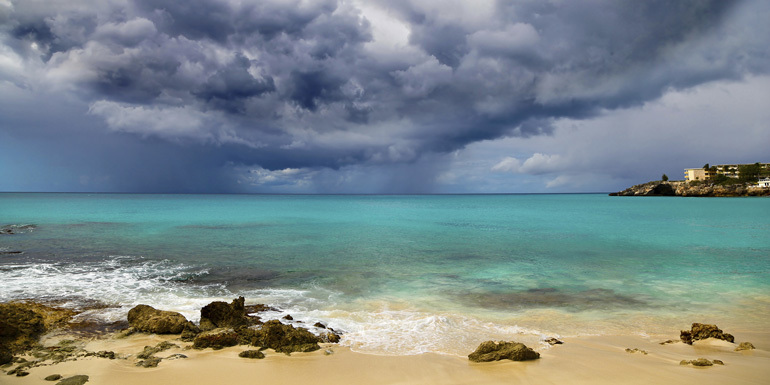 How Does Hurricane Season Affect Cruises?

For a full six months of the year, the Caribbean is hit by an average of six hurricanes. Cruising during hurricane season means great deals from the cruise lines, but there are some things to consider before you book:

The National Oceanic and Atmospheric Administration (NOAA) officially labels the Caribbean hurricane season as lasting from June 1 through November 30, with the worst storms usually occurring during September and October. Hurricanes have become more difficult to forecast as of late. After Hurricane Sandy in 2012, the season of 2013 was predicted to be particularly nasty, but not a single major hurricane surfaced.

2. Pay attention to where the storms usually land.

It’s tough to know when a hurricane will hit, but it’s easier to guess where. The dividing line between the Caribbean Sea and the Atlantic Ocean is the most common path for hurricanes. While there is no such thing as a hurricane-free island in the Caribbean, the Bahamas and the British Virgin Islands are often the hardest hit, whereas southern Caribbean ports like the ABC islands (Aruba, Bonaire, and Curacao) are usually out of the way of most major storms.

You’re not likely to be in any danger. If you’re unlucky enough to have a storm brewing over your route, it may make your vacation less enjoyable but, thanks to highly advanced storm-tracking radars, ships are alerted long before they encounter a storm.

Cruise ships move about twice as fast as the storms themselves, so the vessels can either outrun the storms or simply go around storm cells. If you’re worried about your cruise being canceled, you can rest assured that that’s highly unlikely.

4. Be prepared for bad weather.

Booking during hurricane season is far from risk-free. The chances of clouds and rain on your beach day are certainly higher than during the rest of the year.

If you’re sailing around the path of a storm, you should expect to encounter some rough waters in the process. You can always ward off seasickness, but a change in route means missed port stops, and the fine print on your cruise ticket states that you will not be refunded if the water is so rough that you can’t disembark at all.

How to Avoid Rough Seas on a Cruise

How to Prevent Seasickness on a Cruise

Quiz: What is the best cruise line for you?