Thank you for subscribing!
Got it! Thank you!
Home›Tips & News›Cruise›Which Cruise Line Charges the Most for Drinks? Which One's Cheapest? 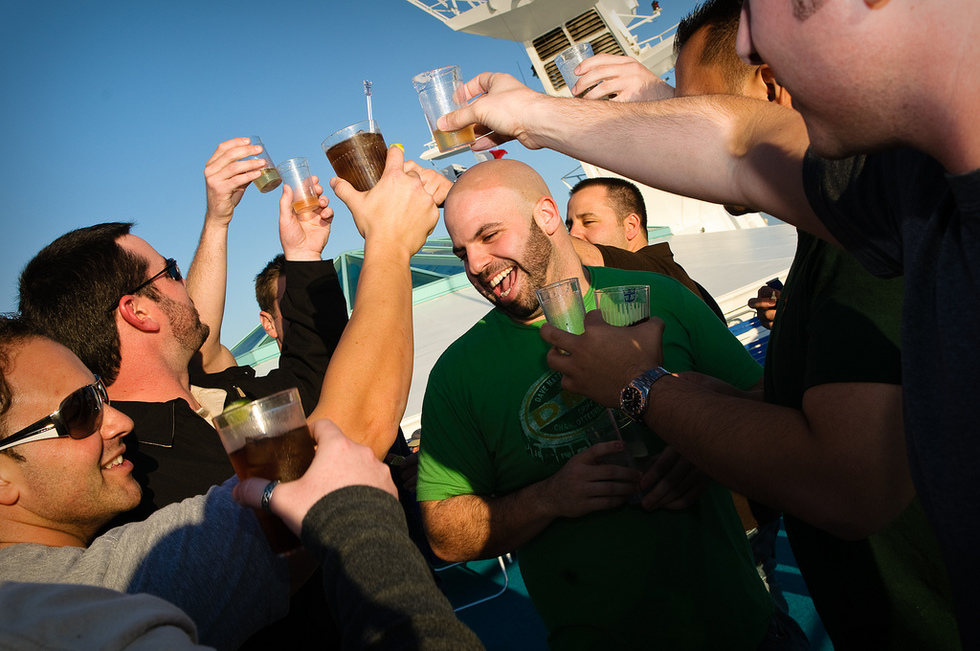 Which Cruise Line Charges the Most for Drinks? Which One's Cheapest?


When we grab a sensational cruise fare, most of us assume we've saved a bundle. But you may be surprised to learn that often, the least expensive cruise lines get some of that money back by raising the price of cocktails and beer.

Cruise.co.uk, a British cruise booker, ran around to all the major cruise lines and took notes on how much each one charged for drinks and soda.

Guess what—the America-based cruise lines are the ones that charge the most, and what's more, the lines you're most likely to see discounted, especially Carnival, charge the most of all.

All of this means nothing for people who don't plan to drink much, if at all, on board. But for many guests, a Lido-deck limbo while holding a frosty rum runner is one of the central attractions of onboard life. With nothing to do all day except sip and play, the bill can mount fast. And on cruises, it's particularly easy to overspend since purchases are racked up on your room key instead of with cash—so it's extraordinarily easy to lost track of how much you've spent.

One of the lines with higher-priced drinks but a low-cost fare, Carnival Cruises, charges $4.75 for a beer, $1.95 for a bottle of water or a soft drink, $5.25 for a glass of wine, and a cool $7.00 for a cocktail with a mixer. Have four cocktails a day and you'll add $28 plus tips each day, which may erase that incredible bargain. (Granted, you can also think of it this way: You saved the money on the fare so you could go hog wild on the beverages.)

For a bottle of water, the least expensive major cruise line is Disney, at $1.75. The most expensive is Costa, at around US$4.

A few cruise lines are truly all-inclusive, meaning all drinks are free. Naturally, these are some of the lines that are more expensive with the up-front fare: Azamara, Crystal, Regent, Seabourn, and Silversea all automatically include drinks as part of the deal.

The survey, which covers 30 lines, many of which operate in Europe, was released in January 2014. Prices are bound to rise after that, but you get the drift, and they give you a sense for where the major lines stand when it comes to incidental charges.

Click here to read Cruise.co.uk's full report. Be aware that most cruise lines offer free coffee in the dining rooms, so the price you see for that may be for speciality coffee, which is gaining ground among the major lines.
Cruise
advertisement
advertisement