Thank you for subscribing!
Got it! Thank you!
Home›Tips & News›Entry Requirements & Customs›How Americans Can Obtain Proof of Vaccination for Travel 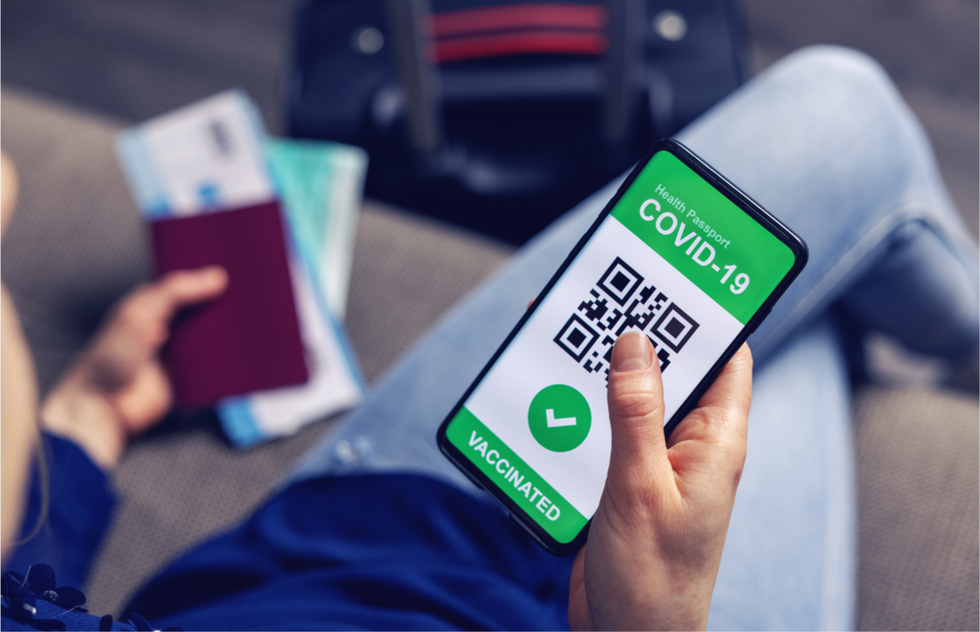 How Americans Can Obtain Proof of Vaccination for Travel

Your vaccination card might not be enough. Here's how to make sure you have the documentation you'll need to travel freely in other countries.

U.S. President Joe Biden has said he has no interest in creating a federal system for verifying vaccination status. But local and international governments and private business still might want to check your credentials, and their requirements are ever-changing.

But how can you prove you've got your shots? Each place has its own standard.

Here's how to go about voluntarily obtaining acceptable proof.

The paper record that every vaccinated American is issued might be enough to get by in casual domestic settings. But it's only paper, it's not durable, it's awkwardly sized, and paper documents can be forged. Take a photo of the card and store that on your phone—it's wise to have a backup method for proving your status.

If you lose your card, you must go back to the entity that provided your vaccination. They can usually help you out.

Most places in the United Stats will accept your CDC-issued card, despite its flaws. But for full flexibility, it would behoove you to augment your paper-based proof with a more secure digital format. The dominant digital method of proving your vaccination status is a QR code that can be called up on your smartphone. When scanned, that code uses data from medical institutions to verify that you did indeed receive the shots you say you got.

We're gradually moving toward a system in which one QR code can work everywhere, but we're not there yet. It's still a patchwork, so you may need to obtain multiple versions of proof to satisfy all the checkpoints along the way.

The U.S. Centers for Disease Control and Prevention does not retain your vaccination information, so that agency won't issue you a QR code. Instead, each state, territory, and protectorate has its own health office that keeps track of immunization records and will tell you how to get digital proof.

The first thing to try is asking the organization that administered your dose to begin with. Sometimes, obtaining a QR code is as simple as that.

If that doesn't work, your local government might have the credentials you need. The CDC provides a helpful list of all the state- and regional-level vaccination registries. Go to the official CDC list to find the right link for your location.

In many cases, states have joined a program that can check residents' names against a vaccination database. Once you verify your identity, the state can issue digital confirmation that you can show to others.

The free QR code you are issued will often be PIN-protected with a code you choose so that it cannot be accidentally accessed.

Generally, you can only get a pass from the state where you got your shot. For example, New York State has its own system, the Excelsior Pass, but a person who got vaccinated in any other state won't show up in the Excelsior database and therefore can't get that pass.

Fortunately, if a business uses a state-based system that doesn't connect with other systems, that business will often accept a paper vaccination card from out-of-state residents. That's a big reason you should always have your I.D. with you; you might be asked to prove your card belongs to you.

The proof you require depends on the destination.

Places in the United States might accept your flimsy vaccination card as proof, but when you travel to other countries, you have to play by their rules.

Airlines and some of the countries they serve are cooperating to use the free Travel Pass, which the International Air Transport Association has gotten behind. That may take care of your requirements for many trips. (Click here for the list of participating Travel Pass airlines.)

Some airlines are using a different system, VeriFLY. That's a free app that validates passengers' backup forms, and it's gaining traction. Both British Airways and American Airlines use VeriFLY at some of its destinations and the country of Malta has also signed up to use the system to approve its tourists' paperwork.

But the European Union has its own system for citizens to use. If you intend to travel to any of the EU's member states, border agents in a growing number of countries will accept a free EU Digital COVID Certificate (DCC), which began rolling out in force in June 2021.

There is no central website for obtaining a DCC. Instead, you're expected to obtain one in advance from the government of the first country you will visit. A simple internet search usually uncovers the right government page, but your airline should also be able to tell you where to go to get your DCC.

The process will require a little legwork on your part and you'll probably have to upload an image of your vaccination card—the system is still coming together and execution varies by nation.

The ultimate goal is for Europe and the United States to decide on validation systems that can talk to each other, but that hasn't happened yet. Until then, it's up to you to apply for a DCC from your destination. Tourists are all part of the plan, so your request is likely to be approved as long as you show the proof you have.

It's crucial that you always check with your destination country from home to see what they will demand from you when you arrive. Usually, the nation's official tourism website or embassy will have a page that explains the documentation that's expected and how to obtain it.

Ask the business where you got your shots.

The jumble of multiple, localized pass systems has prompted the formation of the Vaccination Credential Initiative, a coalition of some 300 providers (including dozens of insurers and health care providers) to come up with a single, widely accepted format for validation called the SMART Health Card.

Walmart vaccination sites, for example, use the SMART Health Card standard, and if you received your shots there, you'll now be in that system.

Walmart and Sam’s Club are also providing digital access to vaccine records through the Health Pass by Clear and the CommonHealth and CommonPass apps from Geneva-based nonprofit the Commons Project Foundation. (Health Pass by Clear is useful for domestic attractions and sporting events but isn't accepted at international borders.)

Patients can also recover digital records from CVS and Walgreens by contacting those providers directly, but it's up to you to make sure the format of the proof works for the destinations you want to visit.

Yes, it's a mishmash of systems and you might wind up holding a full house of multiple QR codes from several sources. That's the result of a federal government that is reticent to get into the practice of retaining your health info.

Think of it this way: Our grandparents usually had to plan months ahead to obtain visas for the countries they wanted to visit. Because of the European Union and other diplomatic agreements, most travelers haven't had to deal with that burden often in their lifetimes.

But now it's back to an old global reality. Covid-19 vaccination QR codes are a return of the kind of bureaucracy that often must precede the rewards of travel.