Thank you for subscribing!
Got it! Thank you!
Home›Tips & News›Health, Insurance, Security›Can You Travel with CBD Oil? Laws are Murky, But Here's How to Protect Yourself 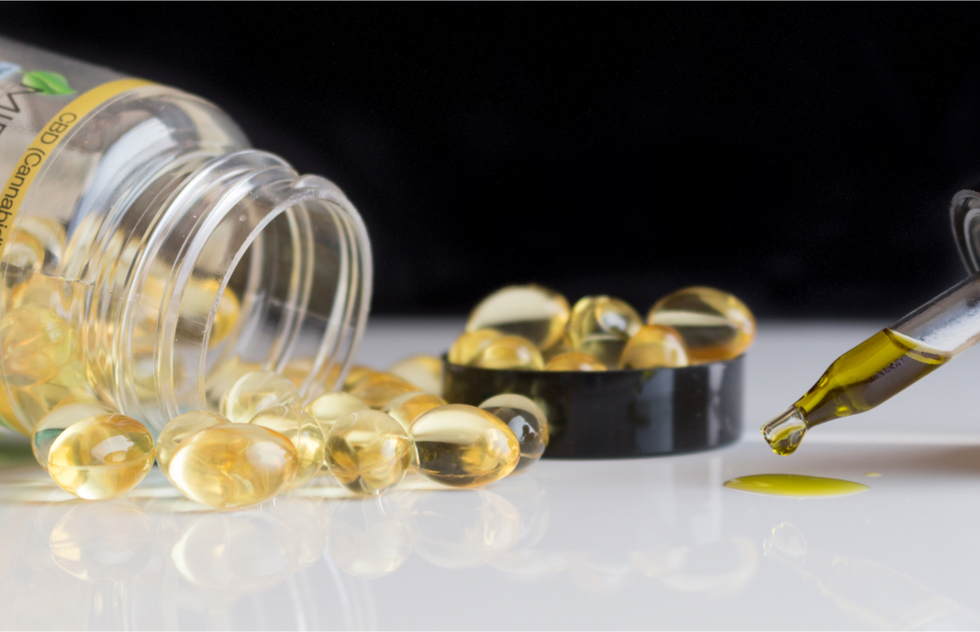 Can You Travel with CBD Oil? Laws are Murky, But Here's How to Protect Yourself

Is it legal to fly with CBD products within the United States? If it's a certain type—yes. If it breaks the rules—no. Here's how to make sure your CBD can be transported legally.

We probably don't have to tell you, but cannabidiol (CBD) oil has become a firm favorite among alternative treatments in anxiety, epilepsy, skin care, nausea, and more. What's not so firm is the legality of traveling with it.
We'll be honest: The legality of CBD is still muddy. The government has done a terrible job making standards clear, leaving the door wide open for local law enforcement to put everyday people through a legal wringer with no outcome. If you run across a security officer who's in a bad mood, there aren't many cut-and-dry regulations that will spare you grief.


A central problem is confusion about what CBD is and what it does. Think of cannabis as having two major components. CBD is the compound that is responsible for the major health effects of cannabis—it's the part that's increasingly legal. The other part, delta (9)-tetrahydrocannabinol (THC), is the chemical that gives you a high and makes law enforcement freak out. Smoking a joint delivers both compounds, but products can be manufactured to exclude THC, eliminating the high. Those are generally what are referred to as CBD products, although even those may still contain trace amounts of THC, sometimes by accident.
Two important questions will determine whether your CBD product is legally protected: Was this derived from hemp or from marijuana? and What is its concentration of THC?

CBD can be derived from two major sources: hemp (totally legal) or marijuana (legality differs by state).
Traveling with hemp-based CBD can be fine. That's because the passage of the Agriculture Improvement Act of 2018 (“Farm Bill”) removed hemp from the Controlled Substances Act, and in late 2019, the USDA affirmed that you have the right to transport hemp-based CBD across state lines.


So if you want to travel with CBD anywhere, make sure it's hemp-derived.
Before you travel with marijuana-derived CBD, check the legality of medical marijuana at the state you're visiting. A majority of American states have legalized it, so that gives you protection at the state level, so you shouldn't encounter issues as long as you don't pass through other states that ban it.

Will the TSA care?

There's one more factor you must consider when traveling with CBD oil: the trace amounts of THC it contains.
The TSA's official site says CBD oils "remain illegal under federal law except for products that contain no more than 0.3 percent THC on a dry weight basis or that are approved by FDA."
So according to the TSA, you may travel with CBD if its THC content is under that 0.3% threshold. (And, of course, if the amount you're carrying conforms to the usual 3-ounce limit that applies to all liquids and lotions.)
The TSA says it's not interested in policing illegal drugs. It's concerned about passenger safety, so it's not going to search your bags for drugs. But if its agents do happen to come across any illegal substance in the course of normal screening, they still might refer you to the police.
That's just one more reason to be nice to your TSA inspectors.

It may be legal federally, but you might have to deal with zealous local officers who are keen to enforce their state's tighter rules. In 2019, a 69-year-old woman was arrested by a sheriff deputy at the gates of a Disney World park as she tried to enter with her family. The CBD oil that she used to soothe her arthritis tested positive for THC content despite the fact its label claimed it had none. While CBD is legal federally and she had a doctor's note, the state of Florida had not caught up and the deputy wouldn't let it go, so she spent 12 pointless hours in jail before she was released.
The furor was for nothing. Charges against her were dropped, and two months later, CBD was legalized in Florida. It's unlikely her arrest would happen today, but the incident highlights how labeling standards and police education will be key until the law becomes clear and definite.
In the United States, law enforcement officers are often just as confused by the law, so if you're polite and don't look like a high-volume drug trafficker, they are more likely to look the other way—but still, that's no guarantee.
For maximum confidence, make sure the product was obtained from industrial hemp and contains less than 0.3% of THC; that generally covers you on the more stringent federal level, and no state will bust you for a hemp-based product. Now that the USDA is monitoring THC content, labeling accuracy for trace amounts of THC should improve, too, so you'll be much less likely to get caught out.

It's all so confusing and needlessly stressful that we could use a good anti-anxiety treatment. Anyone know of something that would work?