Thank you for subscribing!
Got it! Thank you!
Home›Tips & News›Health, Insurance, Security›Coronavirus Brings Touchless Security Screening, But Watch for Privacy Worries 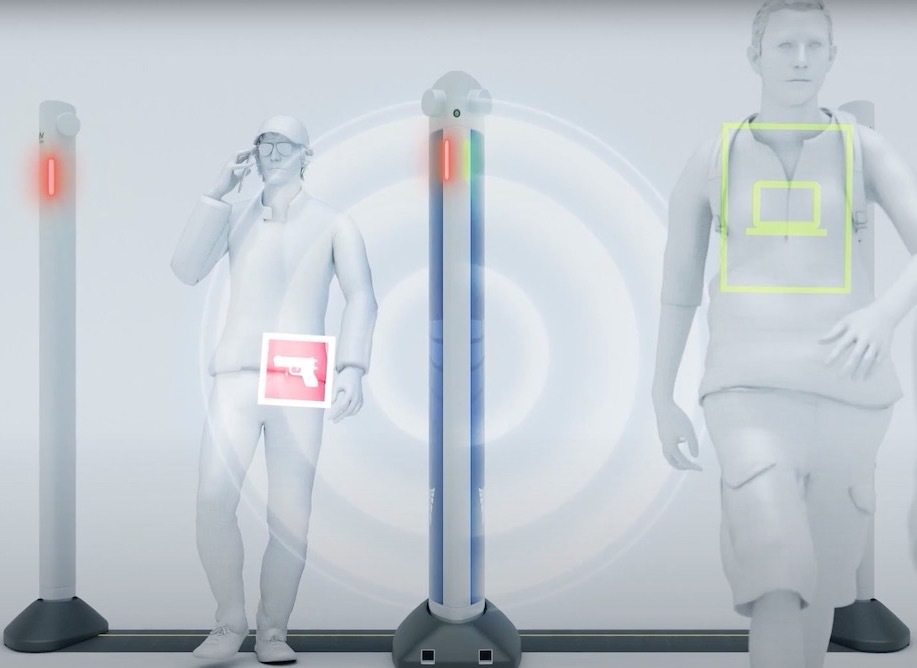 Covid-19 has devastated the travel industry, but in some ways, the virus has also forced the vacation business to adapt and upgrade in interesting ways.

We've celebrated some of the changes in another feature, but even beyond those improvements, there's another major way the coronavirus is forcing institutions to improve operations: It's speeding up security checks.

This month, Disney's Florida parks and some Six Flags locations are attempting to reopen to the public in scaled-back forms. Although both companies are capping attendance far below the normal level, they still need friction-free solutions to eliminate bottlenecks wherever they occur.

As those major theme parks gradually reopen, they are using artificial intelligence scanners made by Massachusetts-based security company Evolv Technology, which has been selling its time-saving, high-capacity devices to large-scale venues since 2017 but has only now entered the theme park market.

At most parks, the previous security-check ritual usually involved handing bags to guards, who either checked the contents manually (at Disney, security staff poked around in your bags with a stick) or sent items through a scanner on a conveyor-belt system, similar to what's used at airports. That might have been followed by sending the guest through a metal detector.

As everyone is all too aware, the laborious inspection process invariably generated a backup of human bodies waiting to be processed. In the pandemic era, that won't do.

The first change theme park guests encounter nowadays is a new, streamlined security check. Instead of joining a queue for inspection, visitors simply pass between two panels without stopping and without giving up their belongings. The devices do all the scanning and interpretation of the results. Handing bags to an employee is no longer required.

For the person being scanned, it feels no different than passing through anti-shoplifting devices at the doors of a department store or clothing boutique. 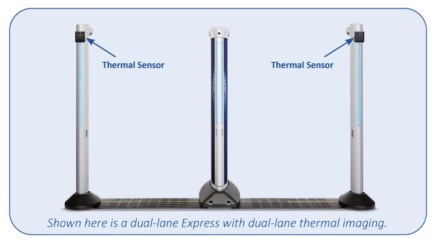 The makers of Evolv scanners say their AI technology can distinguish between harmless personal items like phones and actual threats like weapons. The company's Express product is capable of processing up to 3,600 people an hour. Evolv claims that's 10 times faster than traditional scanning systems and could translate into a 70% reduction in labor costs.

Evolv, which is backed by investors including Bill Gates and the firm of former Florida governor Jeb Bush, is bullish about seizing the pandemic moment, putting out press releases trumpeting "unprecedented demand."

A Disney employee told WESH 2 News in Orlando that the Mouse recently tried the system on guests at the Disney Springs shopping-and-dining zone, with the presumption that a successful result would open the door to expanding use of the technology to the front gates of Disney's four theme parks and two water slide parks in Florida. Blog Mickey has already spotted Evolv Express units at the front gates of Disney's Animal Kingdom park.

Evolv also sells an add-on that instantly scans guests for high temperatures, potentially solving yet another Covid-era demand that could burden resources and create slow-moving lines at many public places.

But the Thermal Imaging Package isn't the only optional feature being sold to operators. There's also a facial recognition add-on, Evolv Pinpoint, that purchasers have the option of including in their setup. This feature scans the face of anyone who crosses through the sensors, and according to the sales literature, "images are processed in seconds and compared to multiple watchlists."

Obviously aware of privacy concerns, the company adds: "We never build an image of a person that would enable anyone to see anatomical details and the system does not create or store any images."

Evolv produced the following short video about the product and its customization options. "By adding Evolv Pinpoint," the promotional clip says, "the venues can easily identify persons of interest."

Facial recognition technology may be gaining traction in the travel industry, but so are alarming discoveries about biases and failures in the software as well as how it can be abused by police, repressive governments, and high-placed criminals.

Theme park reps are tight-lipped about disclosing the details of the companies' security processes. The anonymous employee who talked to Orlando's WESH did not know if Disney had enabled the facial recognition feature. (The park already uses guest fingerprints to match tickets to identity, but claims the information is eventually expunged from the company's systems.)

Likewise, the press release announcing the contract between Six Flags and Evolv did not disclose whether the facial recognition capability was enabled.