Thank you for subscribing!
Got it! Thank you!
Home›Tips & News›Health, Insurance, Security›How American Travelers Can Get a Digital Vaccine Pass for France 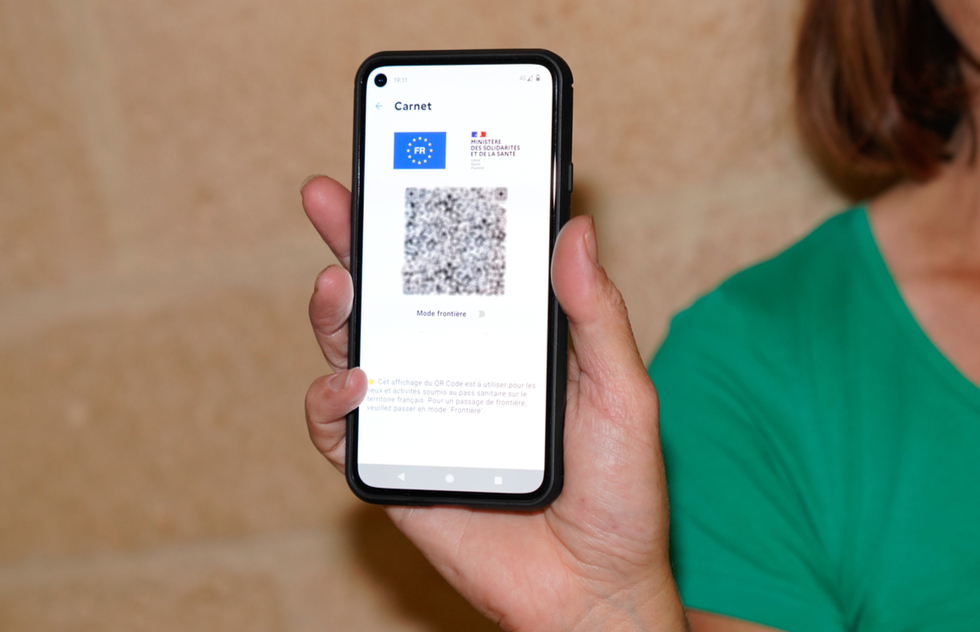 How American Travelers Can Get a Digital Vaccine Pass for France

To go to museums, restaurants, and other public places in France, you need an official digital pass with a QR code. Here's how to get it.

Update: As of March 14, 2022, the Pass Vaccinal system has ended except for visits to hospitals, nursing homes, and other locations with vulnerable citizens. It is no longer required for museums, restaurants, bars, public transit, or tourist attractions.

The French Covid-19 vaccine pass, which is required to enter a wide range of cultural institutions, sports facilities, public transport, and eating establishments, is now available for tourists arriving from outside the European Union.

On August 9, 2021, the French government announced a new process where vaccine certificates from the U.S. and other non-European countries can be converted to an official French pass sanitaire with a QR code, accepted throughout the European Union. The French government created a special mobile app, TousAntiCovid, where visitors can store their pass for easy access.

When the pass first went into effect in July, it applied mainly to cultural institutions, including museums, monuments, and any place where more than 50 people might get together, like festivals, theaters, and cinemas.

Now the pass is also required to board long-distance trains and enter large shopping centers as well as bars, restaurants, and cafés (including outdoor terraces).

In short, almost everything a tourist would want to do on a visit to France currently requires a vaccination pass—and that probably won’t change any time soon.

Vaccinated Americans are issued proof of vaccination cards from the U.S. Centers for Disease Control and Prevention (CDC), but the cards don’t come with QR codes. That will cause problems in France, where an employee with a QR reader will usually be checking passes at the entrance to museums, restaurants, and train stations.

Fortunately, a new system has been put in place to allow Americans and other non-EU citizens to obtain passes with the required QR code.

It’s not the most high-tech process, but it is relatively simple.

As of January 24, 2022, a vaccine pass, now called Pass Vaccinal, is required of anyone aged 16 or older in France.

As of February 15, 2022, visitors will require a booster dose if at least four months have passed since they completed their initial vaccination. There is no allowance for non-EU citizens to submit a negative Covid-19 walk-in test instead.

Adults can obtain a French pass by bringing their vaccination proof (for Americans, it's the CDC-issued card) and passport at select French pharmacies. There is usually a fee of about €35 (US $40).

The French health authorities maintain a list of participating pharmacies at the bottom of this official web page, which has an English-language section.

Visitors aged 12 to 15 need proof of vaccination, but not proof of a booster shot. Instead of booster proof, teens in that age range must obtain a "health pass" that is good for only 24 hours at a time by taking a PCR or antigen test at participating French pharmacies. This process would obviously be burdensome over a long vacation, but until booster shots are approved for that age group, it's what the French government has decided to do.

Everyone under 12 requires no vaccination or booster proof of any kind.

For other information about restrictions on the ground once you're in France, visit the official government tourism website.