Thank you for subscribing!
Got it! Thank you!
Home›Tips & News›Hotels›The Airbnb Review System is Broken. Why Will Nobody Say So? 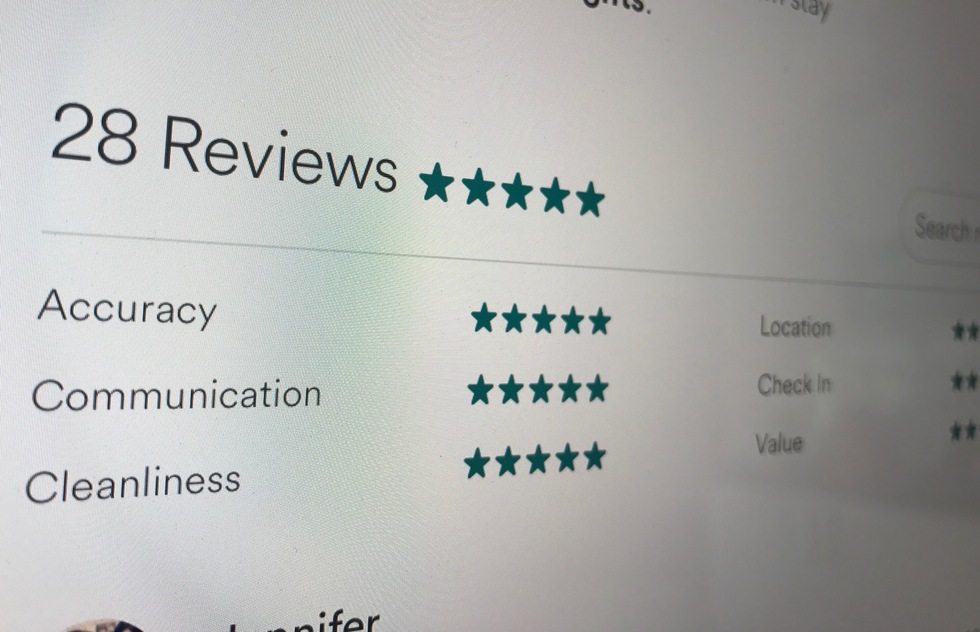 The Airbnb Review System is Broken. Why Will Nobody Say So?

Guests and hosts must participate in an arms race of compliments in their reviews—or they'll be punished. How can we trust any of Airbnb's ratings?

November 28, 2016—Saying that Airbnb can change your life isn't just more clickbait nonsense—for me, it has been the absolute truth. At a time when I wanted more than anything to not be tied to one place of residence, along came this site that not only allowed just that, it also enabled me to do so for a lot longer than I probably should have. Suddenly, it was possible to select a home of my choosing, anywhere in the world, at a price that was, back in Airbnb's earliest days, anyway, comparable to paying rent in a livable, not-too-expensive city. Better still, I could charge it all to a credit card—no checks to write, no cash flow to constantly monitor.
Over the past few years, I've lived primarily in Airbnb rentals, everywhere from an island in the Pacific Northwest to a high-rise in downtown Baltimore. It's been terrific in many ways and no matter how many downsides there are to living like this, the positives have made it hard for me to walk away from the site completely.
That doesn't mean that the site's failings aren't infuriating. And where to begin, really?

Showers crawling with mildew in absurdly overpriced basements? So-called homes that are actually just converted garages with un-insulated doors or walls separating your space from the host's eat-in (and, apparently, live-in) kitchen? Owners that you eventually realize are only renting to you in order to have an on-premises sounding board for their opinions about whatever thing they read on Infowars when they woke up that morning? The Airbnb life can be, well, kind of a mess.
What bothers me most, though, is the lying.
Nobody really means to make stuff up, I don't think, but it's almost impossible to avoid. Airbnb from the beginning created a system where the success of both host and guest all but depended on self-preservation—brand maintenance, if you will—so much so that users are often all but forced to go out of their way to ignore reality. A user can leave as honest a review as they'd like, absolutely—just as long as they don't care about the consequences. Of which there are plenty.
If you're not familiar with the site, Airbnb hosts are not only able to review their guests, and many do so with gusto, often leaping to deflect the slightest bit of criticism, enthusiastically throwing the user—their paying guest, mind you—under the bus if they have to in order to delegitimize often valid complaints. 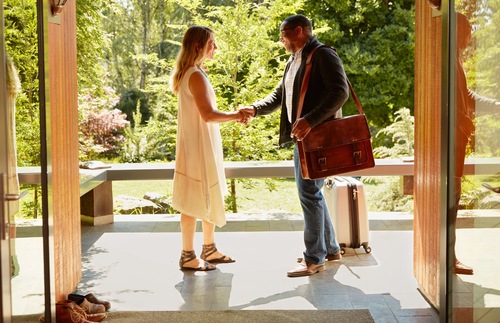 As consumers, is criticism not our right? Apparently not always. One too many times, I've found the most acute blowback comes from hosts that appear to have great track records. Just look at those five star reviews, and how many of them there are, you say. What could possibly go wrong? Plenty.

Turns out Airbnb hosts are just like those people who run small hotels who obsess on TripAdvisor over that one guy who didn't like their property. ("Sorry our highly-rated hotel wasn't up to your standards, princess. P.S., My staff says you were a real jerk!") There and on Airbnb, this type of behavior is perhaps understandable—these people are not serving at the pleasure of some multinational corporation. The buck stops with them. Why would they want negative reviews of their product floating around in cyberspace forever?
The street has to run both ways, though. I'm growing increasingly tired of seeing things from the other side, and so should the rest of the site's users. The simple fact is that we are operating under a system that actively stifles dissent and encourages retaliation. Users and hosts lie through their teeth to avoid risking their status as highly-recommended users or Superhosts. In many cases, the parties practically seem to shame each other into leaving positive reviews so the other becomes more attractive to the next customer.
Lest you think these are the ramblings of some disgruntled user wishing away a terrible review history, let me assure you—nothing could be further from the truth. Anyone looking at my profile might be tempted to draw the conclusion that I am the kindest, most thoughtful, most incredible human being to ever walk the face of this earth. (In reality, that is only half-true.) Conversely, were you to look at the listings for many of the places I've stayed, you'd find I mostly chose places carrying five star ratings, listed, where possible, by Superhosts.

Early on, my reviews were as full of nonsense as everyone else's. Everything amazing. Every host a national treasure. Eventually, after one too many of times lying in yet another entry-level IKEA bed in an overpriced basement, popping allergy medication in order to breathe from all the dust and pet dander and contemplating the filthy refrigerator or the shower with pitifully unreliable hot water, I started asking, louder and louder every time: How is this five stars? Why is everybody lying? Where is the nearest hotel I can afford?
In recent times, my reviews have become shorter, more to the point. I learned, eventually, that if you can't say anything nice, say very little. I've even begun leaving the written portion of the review out, only submitting star ratings. Safe, I thought, until the time a host began complaining to me bitterly about the time when a guest they felt they had bent over backwards for awarded them with a three-star overall rating.
I wanted to tell him that if I was being honest, three stars was all they really deserved for what was essentially a cave with allergen-filled carpet and no kitchen. Instead, I shook my head, mumbled something about how dare they and went on pretending to be interested, all the while cursing the hundreds of site users who had tricked me once again into thinking this was going to be, as everyone can't stop saying, "the best Airbnb ever."
Hotels