Thank you for subscribing!
Got it! Thank you!
Home›Tips & News›News›World's Steepest Tram, Reduced Legroom, and No Europe Visas for Americans: Today's Travel Briefing 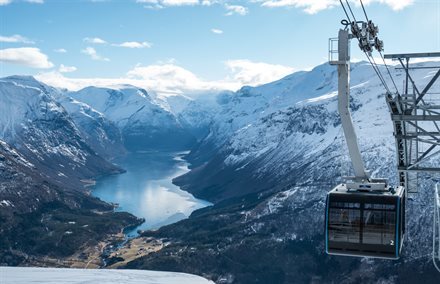 MAY 10, 2017 — Good morning, everybody! Here's the latest from the world's trams, customs lines, and miserably cramped airplane cabins.

Europe is backing down. The European Commission has decided not to require Americans to obtain visas to travel to Europe—for now.

The proposal to force Americans to secure paperwork for their visits has been kicking around the European Union bureaucracy since late winter. A nonbinding resolution was aired in the EU Parliament, but it failed to clear all the hurdles.

Proponents of the visa were miffed that the United States requires visas of eastern EU members like Bulgaria and Poland, while opponents warned of drastic damage to the tourism industry should it pass.

Technically, EU law requires the visa to be imposed as a way of forcing nations to treat all its members equally. But in practice, the market force of the United States (and of Canada, which also requires visas for Bulgaria and Romania, but plans to ease that soon) proved too powerful to contradict.

The situation may ignite again as politicians in the EU watch the Trump Administration's policy changes. —Jason Cochran

American Airlines is taking away some more legroom in the economy cabin.

The carrier's new Boeing 737 Max jets, which are set to begin arriving later this year, will have a "seat pitch"—the space between the same spot on two seats—of 30 inches instead of the current 31 in most rows. Unlucky passengers seated in the last two rows on the aircraft and another closer to the front will have to deal with a reduction to 29 inches.

The tighter seating configuration will allow the airline to fit 170 passengers onto each plane, as opposed to the 160 currently accommodated on American's 737-800 jets.

As CNN points out, the change makes American the first major U.S. airline to offer legroom on par with budget carriers like Spirit and Frontier, where seats are only 28 inches apart.

United is said to be considering following American's lead.

It seems a strange time to be putting the literal squeeze on customers, given that the airline industry has been raking in record profits while falling under intense scrutiny for how flyers are treated, following United's rough ejection of a passenger last month. —Zac Thompson

What's being billed as the world's steepest aerial tram is set to open in Norway later this month.

Dubbed the Loen Skylift after the village where it originates, the cable car climbs 3,300 feet straight up the sheer cliff face of Mount Hoven in only about five minutes. Along the way, passengers get a spectacular view of the Nordfjord region's peaks and waterways (pictured above).

Before heading back down the mountain, you can visit the Gjolmunnebrua suspension bridge, hike along marked trails, or, in the winter, go snowshoeing or cross-country skiing. There's also a cliff-top restaurant up there.

Scheduled to open to the public on May 20, the Loen Skylift will operate year-round and is expected to draw 40,000 annual visitors.

To see the tram in action, check out the slightly horrifying promotional video below. —ZT