Thank you for subscribing!
Got it! Thank you!
Home›Tips & News›News›Australia on Fire: What the Continent's Catastrophic Blazes Mean for Travelers 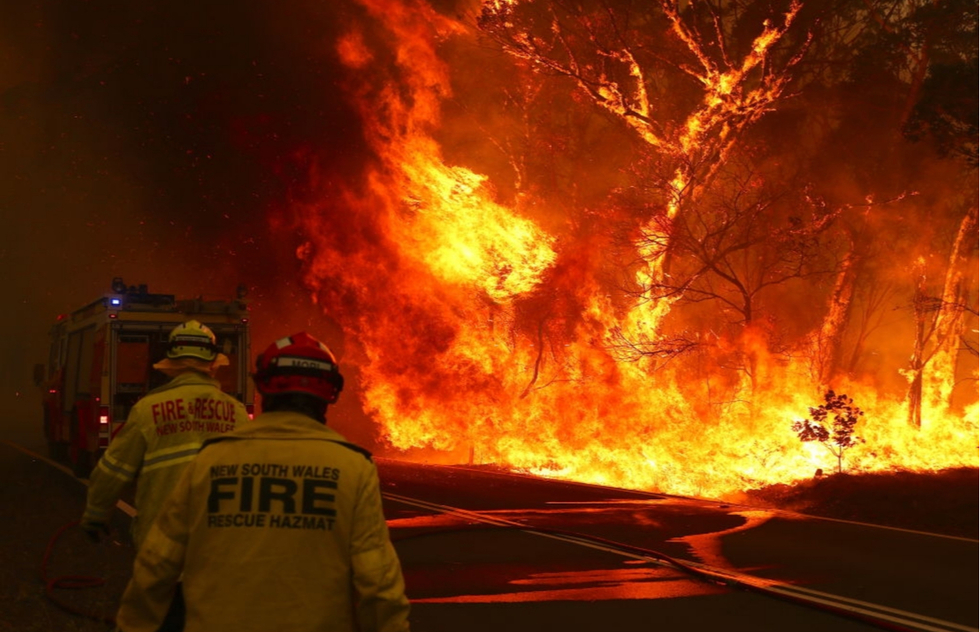 Australia on Fire: What the Continent's Catastrophic Blazes Mean for Travelers

The author of "Frommer's Australia" surveys the damage from this season's devastating wildfires and provides expert advice on what travelers need to know—and how to help.

Australians—like Californians—are used to wildfires. It’s not unusual for significant acreage to burn during the hot summers that last from December to February in the Southern Hemisphere.

But as worldwide headlines over the past weeks have made clear, this summer is different, with fires beginning as early as September and now raging out of control across the continent.

The toll on communities in the fires’ path has been grim.

To date, more than 1,500 homes have been razed and 23 people have died. Ecologists from the University of Sydney estimate that a mind-boggling 480 million animals—including koalas, kangaroos, wombats, wallabies, possums, reptiles, and birds—have also perished or suffered catastrophic loss of habitat. As of January 4, nearly 6 million hectares (15 million acres) of land have burned. Firefighters from the United States, Canada, and New Zealand have arrived to help exhausted local fire crews.

The good news for travelers is that it’s business as usual in all major cities—Sydney, Melbourne, Brisbane, Adelaide, and Perth—and at most tourist attractions. Popular destinations such as Cairns and the Great Barrier Reef, the Whitsunday Islands, Kakadu National Park, and the country’s Red Centre, home of the iconic sandstone monolith known as Uluru, are all unaffected by the fires and still offer plenty of options for visitors.

I write this from the safety of my city home in Brisbane, the capital of the northeastern state of Queensland. Southeast Queensland was among the first areas to suffer from the fires, causing a thick pall of smoke to hang over Brisbane off and on, even when the fires were many miles away. On days when the wind dissipated the smoke, the relief was tempered by the knowledge that the same winds could be fanning the flames and causing more destruction elsewhere. 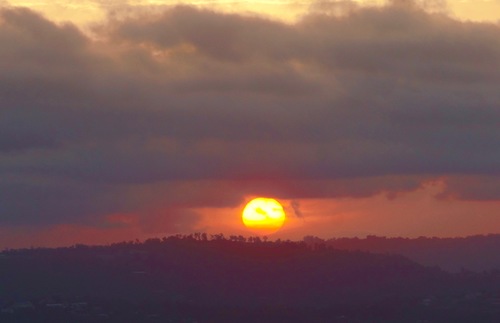 Currently large swaths of New South Wales, Victoria, South Australia, Tasmania, and Western Australia are burning or under continuing threat. At the moment, it’s Sydney and the national capital, Canberra, that are affected the most by smoke. In the hazy gloom, even the Sydney Opera House disappears from view.

How Tourists Have Been Affected

The country’s tourism infrastructure has not been altogether spared. Two well-known lodges in Queensland and South Australia have been lost to the fires.

The heritage-listed Binna Burra Lodge on the edge of Lamington National Park in Queensland’s Gold Coast hinterland south of Brisbane was razed in September. The wooden lodge, which had welcomed guests from all over the world—including me—for more than 80 years, was destroyed, and there was extensive damage to the new Sky Lodges, which stood a little apart from the main building.

Binna Burra chairman Steve Noakes has vowed the lodge will rise from the ashes, declaring that “from disaster comes opportunity.” The reconstruction will take into account the world’s changing climate, he said.

The property’s Sky Lodge apartments, campground, and café are expected to reopen in time for Easter 2020.

About 1,500 miles southwest of Binna Burra, the luxury Southern Ocean Lodge on South Australia’s Kangaroo Island was destroyed on January 3, but owners James and Hayley Baillie have announced they also will rebuild.

Over the past week, evacuations have been taking place in regions along the east coast of Australia south of Sydney and in regional Victoria. While many evacuees are tourists staying in small beachside towns, these are not major destinations for international visitors. In these places, most tourists are Australians who live within a few hours’ drive.

For international visitors who stick to major cities and the top tourism destinations mentioned above, disruption is unlikely. Those undertaking a road trip, however, should keep a close eye on conditions in the areas they’ll be driving through and be prepared for potential road closures for at least the next few months.

Should You Still Visit Australia?

For anyone planning a vacation in Australia later this year, the best way to help the country is to go ahead with those travel plans. Tourist dollars will be key to helping long-term recovery efforts.

Regional Australia—any part of the country away from a major city—is crying out for visitors to help sustain their local economies during one of the worst droughts in memory, and for some this problem has only been exacerbated by the fires.

The Arizona-based company, which encompasses the Best Western Hotels & Resorts, SureStay, and WorldHotels brands, has almost 100 hotels across regional Australia.

“Visitation puts vital income back into the area, keeping businesses open and wages to local staff being paid,” Perry says. “What better way to donate your much-needed funds to regional Australia than to visit them? You will be helping rebuild the morale of the region you visit while having a world-class tourism experience along the way.”

Take it from someone who lives in Australia: While we wait and hope and pray for rain, it is, generally speaking, safe to visit the country now. Fire-affected areas are, for the most part, small towns surrounded by tracts of bushland and forest. With thoughtful planning, most visitors to Australia are able to avoid those areas—if they were ever likely to visit there in the first place. For some coastal New South Wales towns, such as the whale-watching center of Eden about 285 miles south of Sydney, a measure of normality will have returned by the peak season, May to October.

How Travelers Can Help Wildlife

If you are concerned about the impact the fires have had on Australia’s unique wildlife, plan your itinerary to include visiting attractions dedicated to conservation. Your entrance fees and donations will help sustain these invaluable programs.

In New South Wales, the region around coastal Port Macquarie has been badly damaged. The Port Macquarie Koala Hospital is currently caring for 59 koalas; 37 of them are suffering burns. The facility will soon launch the world’s first wild koala breeding program to help rebuild the population. Port Macquarie, which has its own regional airport, is well worth a visit. 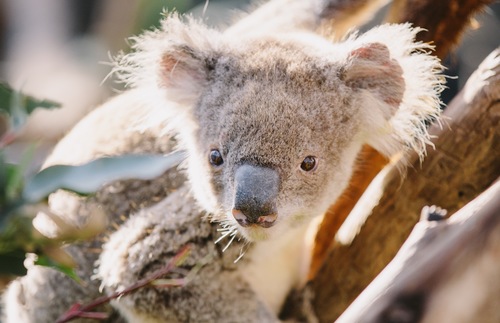 In Queensland, you can tour wildlife hospitals at the Irwin family’s Australia Zoo, north of Brisbane, and the not-for-profit Currumbin Wildlife Sanctuary on the Gold Coast. Koala breeding programs are part of the mix at Rainforestation Nature Park near Kuranda, Wildlife Habitat in Port Douglas, and at the Dreamworld theme park on the Gold Coast.

The most important thing to remember for travelers who want to help Australia recover from this natural disaster: Travel to Australia. Do some research, and then come and visit us and see Australia’s resilience for yourself.

To make a donation to bushfire relief and recovery efforts led by the Red Cross, visit www.redcross.org.au/campaigns/disaster-relief-and-recovery-donate. Donations made through the Intrepid Foundation will be matched dollar for dollar.

Donations to help wildlife can be made here: www.wires.org.au/donate/now.

Frommer's Australia by Lee Mylne is in stores now.