Thank you for subscribing!
Got it! Thank you!
Home›Tips & News›News›Best Hotel Loyalty Programs are Named, a National Memorial to Lynching Victims, and More: Our Daily Travel Briefing 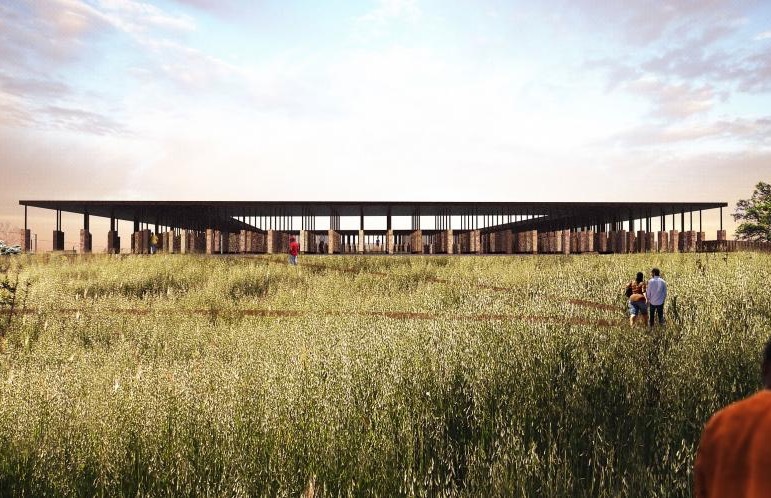 How easy it is to get a free stay from a hotel chain? U.S. News has released its annual appraisal of the best and worst hotel loyalty programs—and the previous winner has been dethroned. The publication evaluated "18 leading programs using an unbiased methodology that analyzes network size, property diversity and the ease of earning a free night, among other factors" and came up with a list of 18 brands from the least fruitful to the most.

Trailing the pack at position 18—partly because only 24 properties are part of its program—is Loews Hotels' YouFirst program. No doubt to its executives' consternation, major corporation Starwood was barely able to crack the top 10 with its Preferred Guest program because the company has "fewer budget-friendly hotels than programs of a similar size," which limits its usefulness.

But the biggest surprise was this year's upset win: In light of recent improvements to its program that benefit casual spenders, Wyndham Rewards has toppled Marriott from the top of the prestigious list for the first time since 2013. The advantages of Wyndham's expiration structure were the deciding factor: "Qualifying nights can roll over into the following year," wrote the publication, noting that new program perks dramatically increased their usefulness. In demoting Marriott Rewards to second place (tied with the affordable group Choice Hotels), editors lamented that Marriott's top-tier status was much more difficult to attain than those of its rivals.

U.S. News also made mention of a few other trends in hotel loyalty programs. Those include the removal of benefits for budget-priced rooms and lower "loyalty rates" that discourage customers from using third-party sites to find deals.

Bottom line: It's getting harder for anyone to rack up or redeem loyalty points without a company expense account, but by going the other way and making its program more flexible, Wyndham is winning the race.

It's been a long road, but the state of Alabama will receive major acknowlegement of its role in some of America's most painful historical moments. Equal Justice Initiative, a Montgomery-based legal rights organization, unveiled formal plans for a six-acre complex overlooking the city that will include a national memorial, The Memorial to Peace and Justice. The design calls for a forest of 801 six-foot-tall concrete columns, some of which will be eerily suspended from above, on which the names of some 4,000 African-American victims of lynching and extra-judicial murder will be engraved.

Alabama is not the only state, Southern or Northern, in which African-Americans were lynched (a term that can include more than hangings), nor were only black Americans the only victims of such terror. But this new memorial will tell a specific story of racial and economic oppression against African-Americans that has not yet been deeply covered by other major U.S. monuments. To expand on that, near the new memorial, housed in a building that once served as a warehouse for slaves, will be "From Enslavement to Mass Incarceration," a museum for "high-tech exhibits, artifacts, recordings, and films, as well as comprehensive data and information on lynching and racial segregation," according to the official announcement. There, the ruinous racist consequences of slavery—through peonage and Jim Crow laws—will be traced.

Organizers hope their complex will take its place alongside Washington, D.C.'s Holocaust Memorial Museum as a crucial testament to an enormous social phenomenon that people otherwise may not learn about: "Racial terrorism forced millions of black people to flee the South during the first half of the 20th century and played a major role in shaping the demographic geography of America by creating large black populations in urban communities in the North and West."

The complex is slated to open in the spring of 2017.

A video walk-through of a rendering of Montgomery's Memorial to Peace and Justice.

There's good budget travel news in Texas, one of the tricker American states for tourists to see without a rental car.

Now rolling starting this week: Shofur, which serves 12 daily routes between Houston, Dallas, Austin, San Antonio, and Waco. Like the low-cost bus services in the East (Bolt Bus, Megabus), the vehicles of Shofur have free on-board Wi-Fi, power outlets, and one-way fares that start incredibly low for tickets booked far in advance: Austin-San Antonio for $9; Waco-Dallas for $11; San Antonio-Dallas for $33; and Dallas-Houston, a trip of about four hours, for $20 (and no more than $50).

Also like other low-cost road services, Shofur—its name is a play on the word chauffeur—has no fixed stations. Instead, passengers receive an address for the pick-up stop and can track the arrival of their vehicle using an app.

Its founder, Armir Harris, developed his transportation experience by running shuttles for South by Southwest, the Super Bowl, and other major events, and he pitches his Shofur as an alternative to Southwest Airlines: "Texas is a great market because there are cities that are a little too far to drive to and too close to fly," he said.